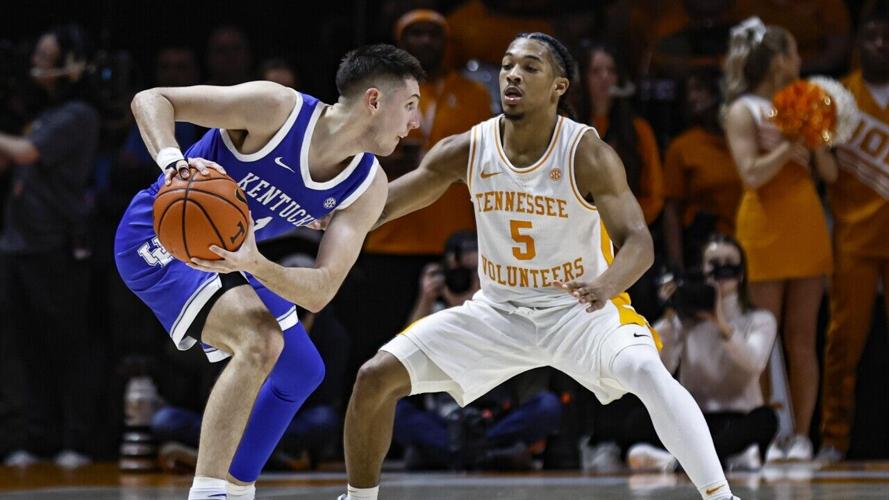 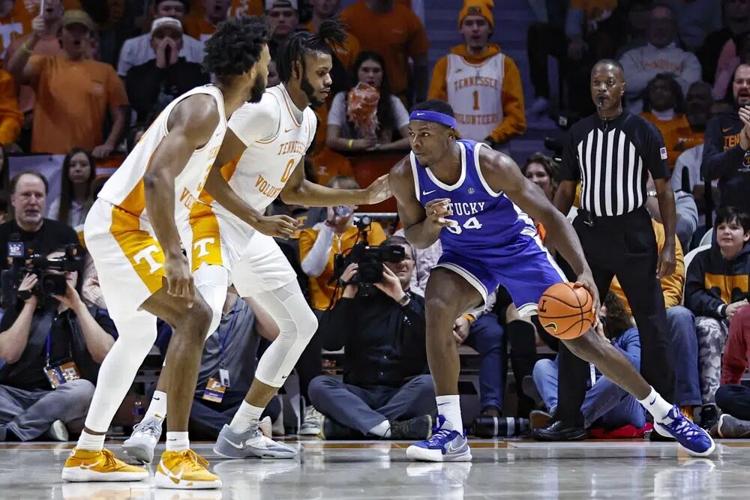 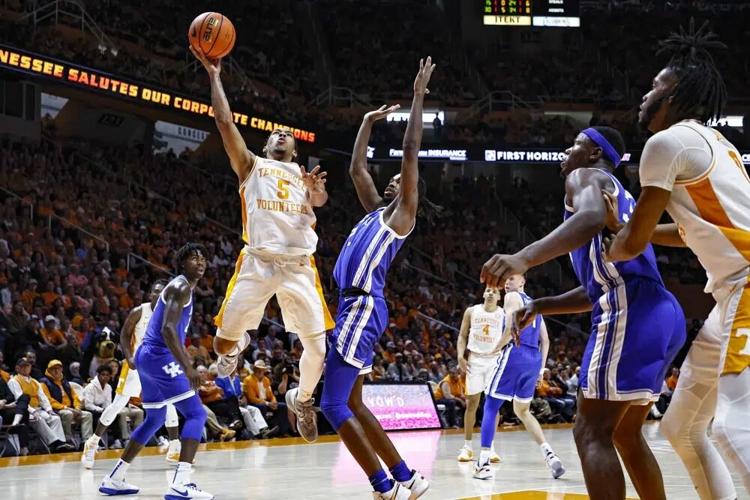 LOUISVILLE, Ky. (WDRB) – It was the kind of performance that leaves you scratching your head and wondering what Kentucky has been doing for the past several weeks. At No. 5-ranked Tennessee on Saturday, the Wildcats were tough, relentless and battled through adversity of several kinds.

Yes, the referees let the teams play. And wrestle. And pull, hold and grab. They let them throw down, literally. At one point, I think I saw a guy with a trident.

But as Kentucky coach John Calipari told ESPN’s Holly Rowe at halftime, “It’s a roughhouse game. But I’ve got that kind of team. We can play this.”

Yes they could. Kentucky made 22 of 25 free throws. It bullied Tennessee 43-23 on the boards. And it weathered an early Tennessee punch, falling behind 8-0, before recovering to end the Vols 25-game home winning streak in Thompson Boling arena with a 63-56 victory.

It was a historic win -- Kentucky’s first-ever against a Top 5-ranked SEC opponent when Kentucky is an unranked team.

The Wildcats got 15 points and 13 rebounds from Oscar Tshiebwe. They got 18 points and 12-12 shooting from the line from Antonio Reeves. They got a big first-half lift from CJ Fredrick, who finished with 13 points. And they won despite turning it over 19 times, in part because they held Tennessee to just four second-chance points.

“Reports of Kentucky’s death were greatly exaggerated,” ESPN’s Jay Bilas said near the end of the game.

At the end of Saturday’s game, it was Tennessee settling for threes, or looking over their shoulder on layups (they went just 10-19 on layups). Kentucky was the aggressor, and gave as good as it got when it came to physical play.

Kentucky was playing without starting point guard Sahvir Wheeler and it showed at times. But late in the game, it executed better on both ends, and held its composure in some difficult circumstances. The Wildcats also weathered back spasms and a scoreless night from guard Cason Wallace.

On a key drive with Kentucky up eight and just over 2:30 to play, Reeves went by Tennessee’s Santiago Vescovi, and wound up getting called for a flagrant foul just from executing the natural act of shooting a layup.

In the end, however, Kentucky battled through all of it.

Tennessee pulled within 58-56 on a layup by Uros Plavisc with just over a minute to play, and the Vols forced a 5-second call to get the ball back. But the Vols missed a couple of point-blank shots under duress on their end, and Tshiebwe waded out with the rebound and made one of two free throws with 31.9 seconds to play.

Vescovi missed a short jumper on the other end, and Reeves did the rest of the work from the free-throw line as Kentucky took a step back from the brink after a blowout loss at Alabama and an ugly 3-point loss at home to South Carolina.

President Biden to end COVID-19 emergencies on May 11