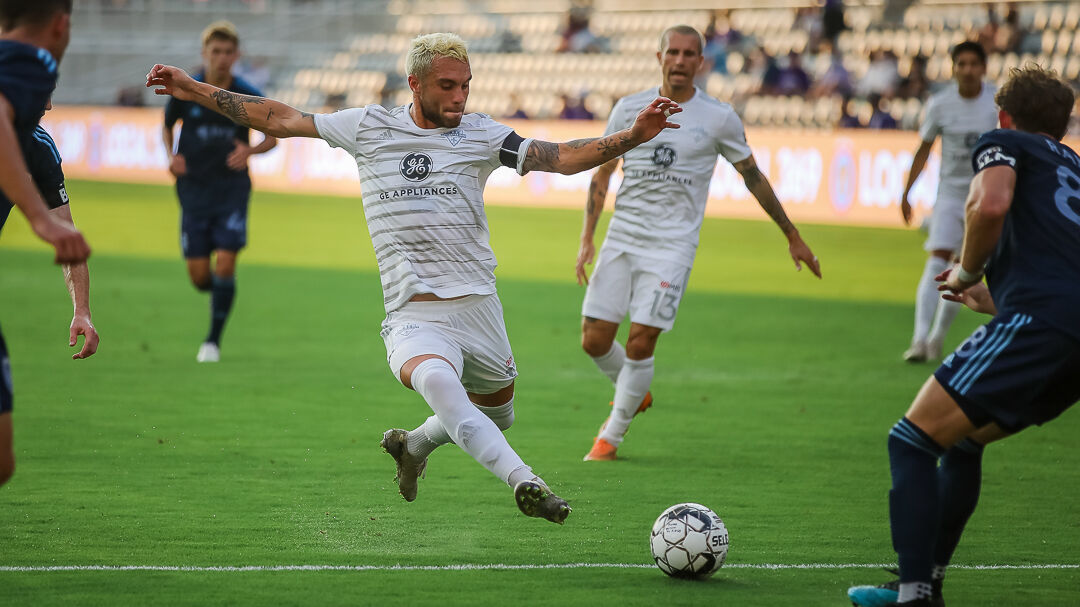 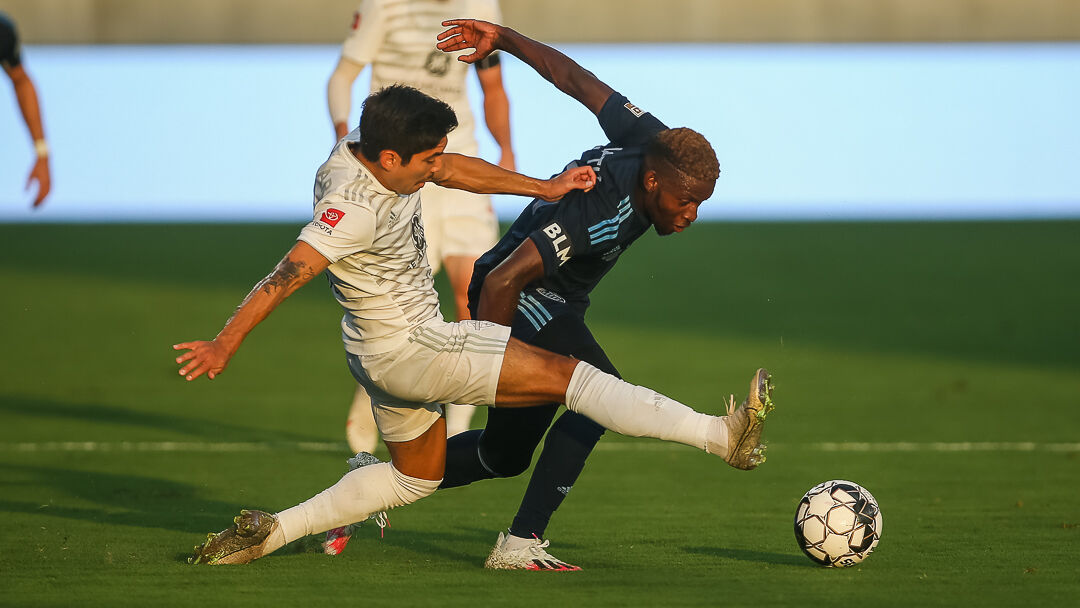 LOUISVILLE, Ky. (WDRB) – Louisville City FC won its first game in Lynn Family Stadium on Saturday, using a second-half header from Cameron Lancaster and improved defensive energy down the stretch to beat Sporting KC II 1-0 in front of a COVID-19 restricted crowd of 4,850.

LouCity still missed some fantastic chances to put the game away, including a Luke Spencer goal off a two-man game with Brian Ownby that was wiped off by officials in stoppage time. Regardless, the spirited effort was enough to turn the negative momentum of back-to-back losses to open the facility.

“Obviously a much better feeling this evening, and I’m really proud of the team," Louisville coach John Hackworth said. "We needed to come out and have a response from our last two matches and specifically do it here in this building. I thought the team had some good moments in that game and played some excellent soccer. Particularly I was pleased with coming out of halftime and the adjustments that were made. I really thought the guys put them under pressure early and obviously getting the goal. . . . When you play the way that we do, you lose a couple and it’s easy to think, ‘Are we actually going to get up?’ Huge credit to these guys. They dug deep. It should be a two-nothing game because that is not a handball. I don’t know what they were seeing, but it’s a win."

Lancaster’s goal came in the 50th minute off a picturesque cross from Niall McCabe, who drew the start on Saturday and rewarded coach John Hackworth with a service of Lancaster, who headed the ball in while fading away from the pass.

"It was some good ball rotation at the top of the box that made its way to Pat (McMahon)," McCabe said. "I was trying to run on the outside to give him an option, and he played it nicely with a reverse pass and a perfect wait. I didn’t really see where they were going or anything like that. I just know where they should be, and I try to put it in an area where it will give them the best chance of getting onto it whether it be Cam or Brian (Ownby) or whoever is in the box at that moment. I just try and put it in dangerous areas and let them do the rest. Thankfully Cam is pretty good at doing that. It was a great header.”

Soon thereafter, Sporting KC midfielder Jaret Townsend nearly tied it up, breaking into the open with possession for a one-on-one with Louisville goalkeeper Ben Lundt. Townsend took his shot, but Lundt was up for the challenge, blocking the shot to maintain Louisville’s lead. He went on to record his second shutout of the season. It was the first of two saves in the same minute by Lundt, who drew the start in goal.

“Two huge saves from Ben that really kept them off the score sheet and that is massive, and what you need from your keeper in those moments," Hackworth said. "It has been a really competitive battle between Chris and Ben, but we talked about it that whoever was going to play tonight needs to step up and make the most of the opportunity. Ben certainly did that tonight."

Louisville took 15 shots to KC’s 7, but managed only two on target. The teams split possession 50-50.

“It’s so important with all of the craziness that we are all living with right now," Hackworth said. "What we’ve gone through and the expectation with this building and then to come out and to lose two games, that you don’t think you should’ve lost. We certainly needed that result, and that instantly gives us that feeling that we are all right and we are going to be able to do this. I would give Sporting Kansas City ll huge credit, and I thought they were excellent tonight. It’s not going to be an easy game on Wednesday. You see they play a really good style, and they’re a competitive team. No game is going to be easy, and playing in this four-(team) group is going to be really tough. I think we might beat each other up along the way, but certainly this was really important for us tonight."

Neither team will have much time to dwell on the game. They’ll face each other again on Wednesday night at 8 p.m. in Lynn Family Stadium.