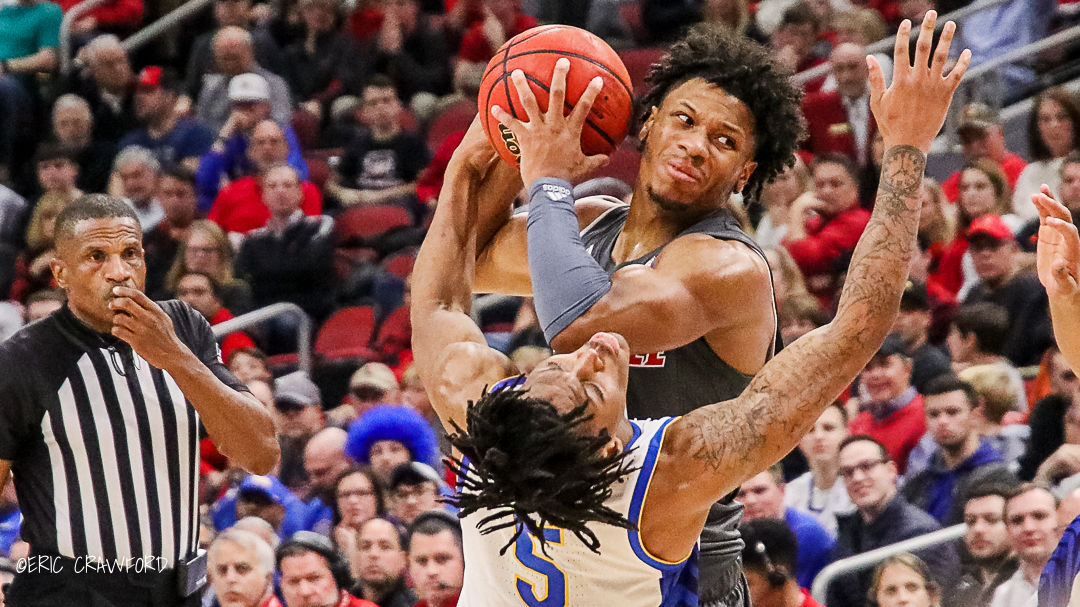 Louisville's Dwayne Sutton is fouled -- though it's the defensive player who got the rougher end of it -- in the Cardinals' victory over Pittsburgh. 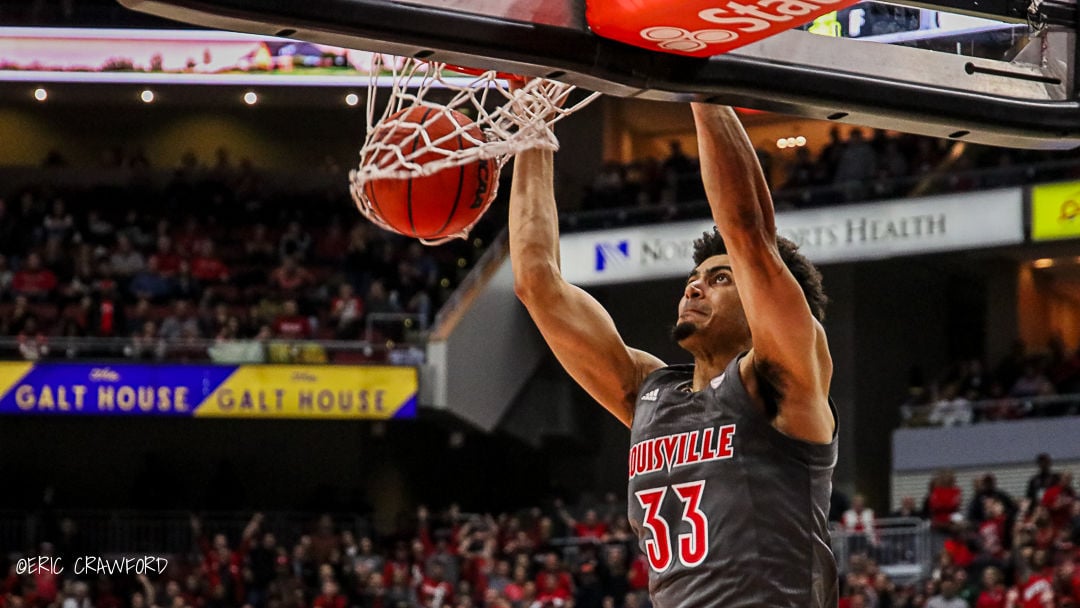 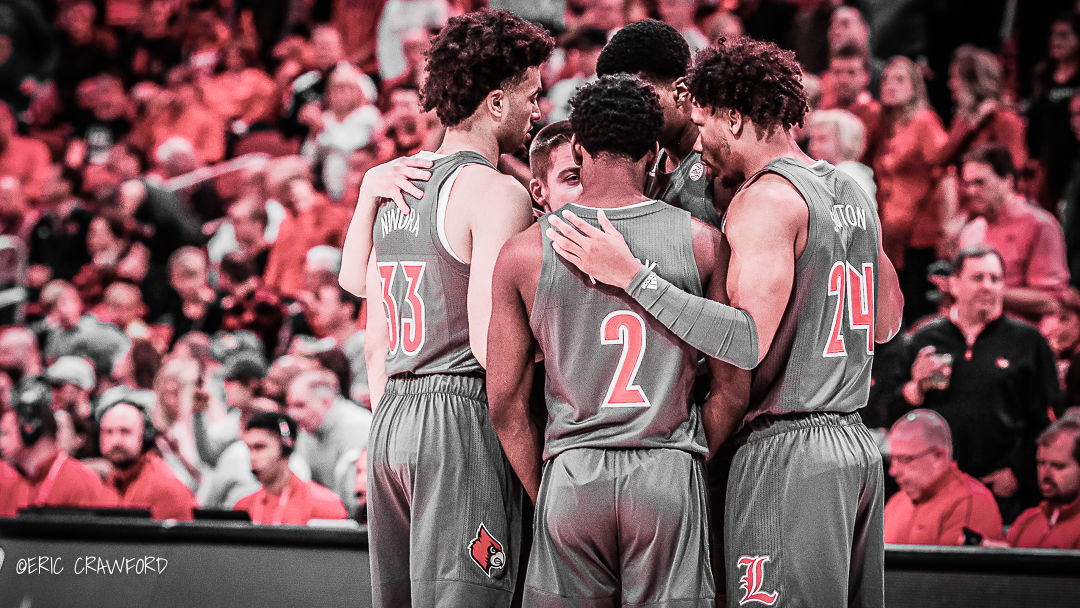 Louisville's Dwayne Sutton is fouled -- though it's the defensive player who got the rougher end of it -- in the Cardinals' victory over Pittsburgh.

LOUISVILLE, Ky. (WDRB) – I know what the Atlantic Coast Conference basketball schedule says, but — shut the door for a second — we had ourselves a black-and-blue, old-school Big East bout in the KFC Yum! Center on Friday night.

The 9 p.m. tipoff featured a physical Pittsburgh team harkening back to its Big East past, and a No. 1-ranked Louisville team that had to channel some of the Muhammad Ali it plays in its pregame videos to respond.

In a game in which Louisville All-American Jordan Nwora had to leave briefly with an injury to his non-shooting shoulder and the Cardinals had to navigate hand-to-hand combat for every paint point they got, Louisville proved tough enough to likely hang onto its No. 1 ranking for another week, with a 64-46 victory.

Louisville held Pittsburgh scoreless for the final 5:34 of the first half and took a 14-point lead to the break, but the Panthers ramped up their full-court pressure and denied Louisville anything in the lane to pull back within five with nine minutes to play.

From then on, it was all Cardinals. They held Pittsburgh scoreless for 5:43, and went on a 17-4 run to close the game, using a couple of exclamation-point dunks by Nwora and Malik Williams to push their lead to 20.

"They're a really, really good team," Pittsburgh coach Jeff Capel said. "They're No. 1 in the country for a reason. They're talented. They're old. They're experienced. They're well-coached and they play together. They have a lot of different weapons. In the first half, every guy who played for them had a three."

But when the game got serious late, Louisville got its knockout punch with defense, forcing four Pitt turnovers in five minutes, and choking off the paint.

"We got in a timeout at the under eight and said to each other that we had to clamp down," Malik Williams said.

"I really felt like it was going to be a tough game, because that's the identity the Panthers play with," Louisville coach Chris Mack said. "Jeff has done an amazing job of getting his kids to just run through a wall and play hard. They came in winning five in a row. I thought their energy the first three or four minutes of the second half got them back into the game. The pushed us around the basket. They pressured the ball. They play with a swagger and a toughness. They're going to win more games than they did a year ago."

The Cards were led in scoring by Nwora, who had 19 points and pulled down six rebounds with a pair of assists. Williams was brilliant inside, with 13 points, 11 rebounds and outstanding defense throughout. U of L also got 11 points from Ryan McMahon and had eight players make three-pointers.

Almost half of Louisville’s field goals came from beyond the arc, where the Cards went 11 of 26. They shot 23 of 49 overall. Pitt shot just 37% for the game and 25% from three-point range. Pitt was led by Xavier Johnson with 15 points.

"Really, if you look at the threes we made in the first half, we were running offense and they were open shots," Mack said. "They weren't ill-advised shots. I thought the ball touched paint, or at least got close to the lane on several of those three-point attempts, and that's when they defense will converge. A couple of times when they went zone, we executed what we wanted to run. . . . We have an extremely good shooting team. We have been an elite shooting team at times. We're just learning when it's a good shot and when it's not. The team last year didn't understand that. . . . I think our team has really learned that. Jordan is letting the game come to him. Ryan is a completely different player from a year ago. Darius, though he didn't play his best tonight, has really matured. My older guys have gotten smarter, despite me, with the game of basketball."

Louisville's next game will come in the Jimmy V Classic in New York, against Texas Tech on Tuesday.