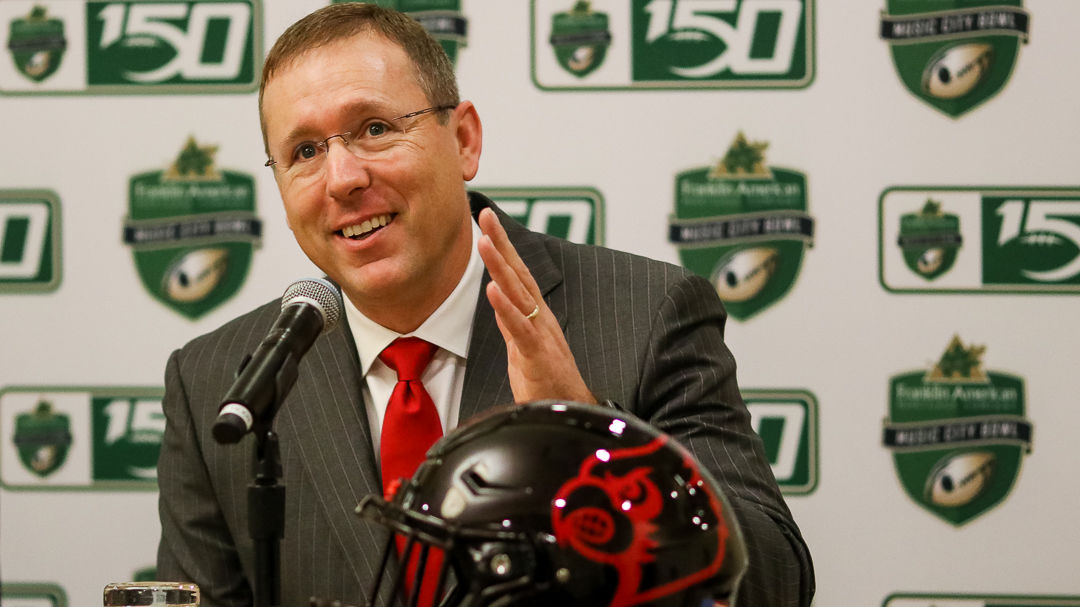 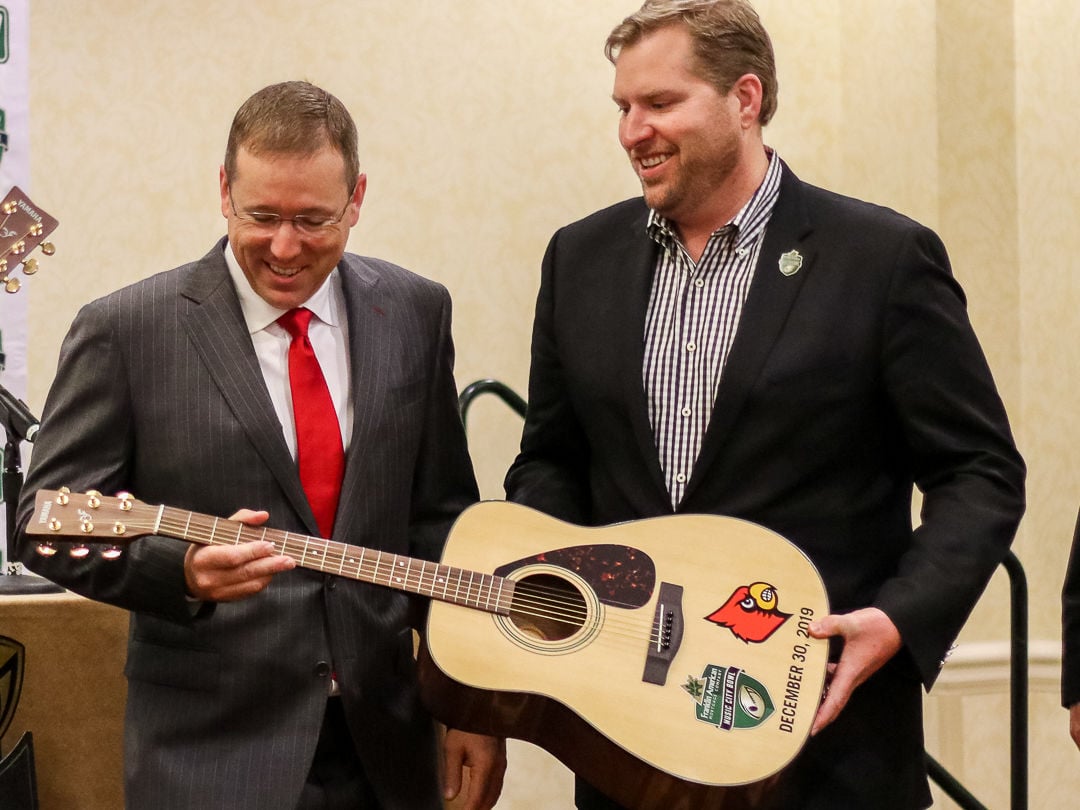 NASHVILLE, Tenn. (WDRB) – The Music City bowl at Nissan Stadium on Monday will be more than a clash of the University of Louisville and Mississippi State University football teams. It’ll be a meeting of moods.

The Cardinals come into the game with a feel-good vibe. Players have said for several weeks that the team is tighter than it’s ever been, at least in their experience.

“We all love each other,” junior linebacker C.J. Avery said.

Contrast that with Mississippi State, which lost freshman quarterback Garrett Schrader after a practice fight with linebacker Willie Gay. MSU coach Joe Moorhead said the matter had been handled internally. He said that Schrader was in Nashville, and that the two players have talked and cleared the air.

“It's been resolved,” Moorhead said. “Garrett is here on-site, (at the team hotel). He was at practice yesterday, is in good spirits. More than anything, we want our focus to be like we mentioned earlier, on these seniors, on this team, on this game. It's a team matter. . . . Willie and Garrett have talked to each other. Like I said, we've addressed it. We moved on from it. Want our focus to be on this team, this game.”

But will there be lingering issues? While good feelings are not nearly enough to win a football game, at bowl time, they can be a plus.

In the end, though, it usually comes down to personnel. And Satterfield says he has a lot of respect for what MSU brings into the game. The Bulldogs have dealt with turmoil all season. They have rotated quarterbacks because of injury. Senior Tommy Stevens will get the nod on Monday, after playing in eight games during the regular season and completing nearly 60 percent of his passes.

The Bulldogs also feature a first-team All-SEC running back in Kylin Hill, a determined runner who has an NFL shield tattoo and realistic aspirations of the next level. He has rushed for 2,474 career yards, and given Louisville’s struggles to stop the run late in the season, will be the main focal point of the Cardinals defense.

In bowl practices, Satterfield said one focus has been on tackling. Going back to fundamentals, and running multiple drills. He said that getting some time to rest and heal up from the season could also benefit the Cardinals’ defense.

Offensively, Satterfield said Micale Cunningham is healthy, as is backup Evan Conley, and that while Cunningham will start, both could play. He didn’t address Jawon Pass, who began the season but was sidelined with a foot injury after three games. He could also be available.

The Cards will be without All-American offensive lineman Mekhi Becton, who made himself available for the NFL Draft and will skip the bowl game. Adonis Boone will start in his place, as he did against North Carolina State when Becton was out with an injury.

“You got to roll with what you got,” Satterfield said. “Obviously Becton was a great player for us, a big presence in what we tried to do offensively. The rest of the guys will have to raise their game a little bit more and try to compensate for him not being there. We feel like we got some good playmakers to get the ball to. Up front, those guys have gelled great over the last three weeks. I feel like we'll be in good shape.”

For Louisville, just being in the Music City Bowl is a feel-good story. Few gave them a chance to win multiple games in the ACC, let alone finish 5-3 in the league and earn a postseason berth.

But Satterfield said a good showing in the game is important, to have some momentum to carry into the offseason, and to help erase the bitter memory of a regular-season finale in which his team was dominated by Kentucky.

“You certainly want to end on a high note,” Satterfield said. “I think one of the things when you play a bowl game, I've always said you're only as good as your last game. This is going to be our last game until the start of the season next year. You have these next six or seven months where whatever taste is in your mouth is kind of what you're going to be thinking about the next six or seven months. You want to end on a good note and play well. Certainly we didn't the last time out. That's been a bad taste in our mouth the last month. So to be able to come out and play a lot better will be huge for us and important for us to be able to do that. I think that's probably more important, honestly, than winning the game. We want to win the game, no question about it. But you want to play well. You want to lay it all out there, play well. You don't want to have many mental errors. We'll see what happens as far as winning and losing goes.”

Either way, the Cards will finish the season with a much better feeling than they had a year ago.