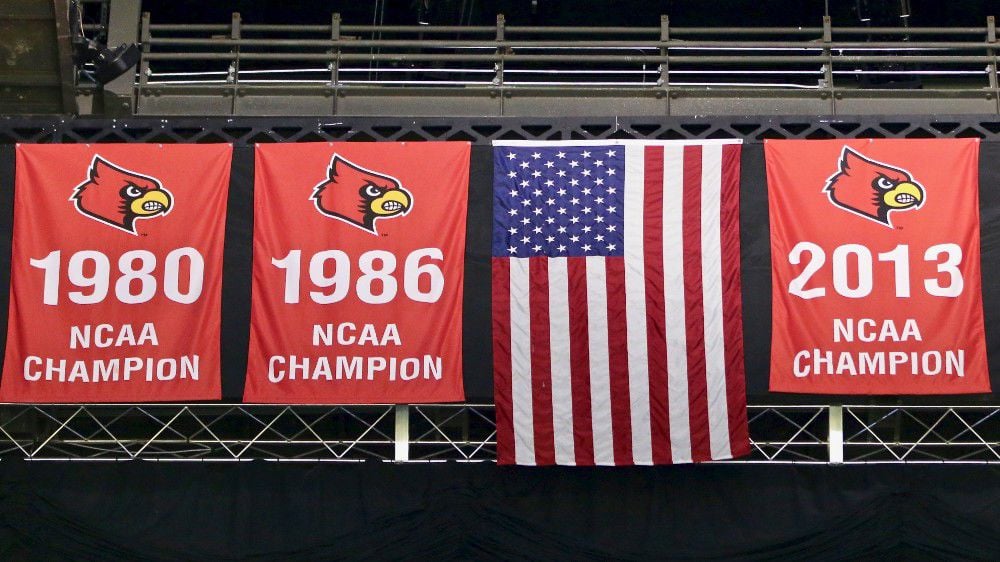 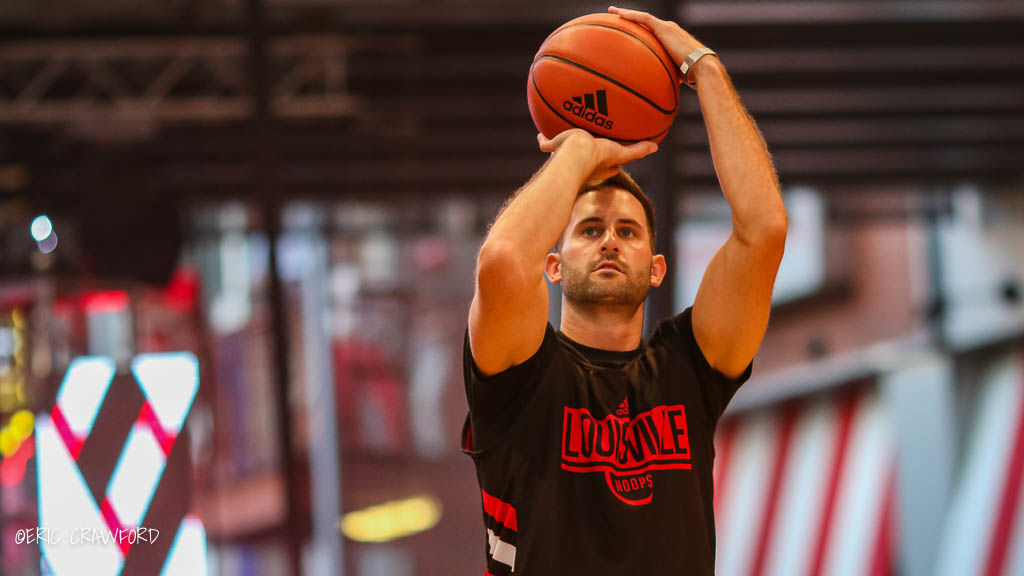 Luke Hancock at U of L's Louisville Live event in 2019. His Most Outstanding Player Award for the 2013 Final Four will be honored by the school.

LOUISVILLE, Ky. (WDRB) – The University of Louisville will raise a new banner in the KFC Yum! Center next week – and it will acknowledge (sort of) its (now vacated) 2013 NCAA championship.

No, the school isn’t restoring the banner it took down under an NCAA order following violations involving its 2013 national championship basketball team, but it is raising a banner to honor its three Most Outstanding Players in the Final Four – Darrell Griffith (1980), Pervis Ellison (1986) and Luke Hancock (2013).

Hancock recently reached a settlement with the NCAA after legal action on behalf of him and other former players claiming that honors from the 2013 championship season were unlawfully taken from them. The settlement allows Hancock, who was found guilty of no NCAA wrongdoing, to retain his Most Outstanding Player award and statistics from the tournament.

The new banner will be raised at halftime of Louisville’s 7:30 p.m. game against Michigan on Dec. 3. Both Griffith and Hancock will be in attendance and will speak to the crowd. Michigan is the program Louisville beat in the 2013 NCAA Championship game.

“Our legacy of championship basketball includes many great teams and individual players,” said Louisville athletics director Vince Tyra. “This is an opportunity for the university to permanently recognize, and show our appreciation for, the achievements of three former greats who pushed themselves and their team to the highest level of play. Our fans and their teams will never forget their success nor their teams’ success.”

More, from a release by the university:

The game will be the Cardinals’ annual "White Out" game when fans are encouraged to wear white attire for the ESPN televised game.

Griffith capped his senior season by leading Louisville to its first NCAA Championship. He poured in 34 points in a victory over Iowa in the national semifinals, connecting on 14-of-21 shots from the field, and added five rebounds. “Dr. Dunkenstein” scored 23 points against UCLA in the title game in Indianapolis’ Market Square Arena. His 57 combined points in the two games is the second-most scored in the Final Four by an individual in the last 41 years. In addition to earning the Most Outstanding Player honor, he received the 1980 John Wooden Award that season as the college basketball player of the year.

Ellison earned the Most Outstanding Player honor at the 1986 NCAA Final Four, just the second time a freshman had obtained the honor and the first since 1944. “Never Nervous Pervis” produced a double-double performance with 11 points and a game-high 13 rebounds against LSU in the national semifinals. He led the Cardinals with 25 points, 11 rebounds and two blocked shots (10-of-14 FG) as UofL beat top-ranked Duke in the championship game. His tip-in with 41 seconds remaining and a pair of free throws soon thereafter helped the Cardinals close the game and earn the victory.

Hancock was honored as the Most Outstanding Player of the 2013 NCAA Final Four, the first non-starter to earn the honor in the event’s history. He did much of his damage beyond the arc, connecting on a Final Four record tying 8-of-10 three-pointers in the two games. In the national championship game against Michigan, he totaled 22 points, three assists and two steals, hitting all five of his three-point attempts, a Final Four record for three-point percentage. He had 20 points and four rebounds against Wichita State in the national semifinals, burying 3-of-5 threes.