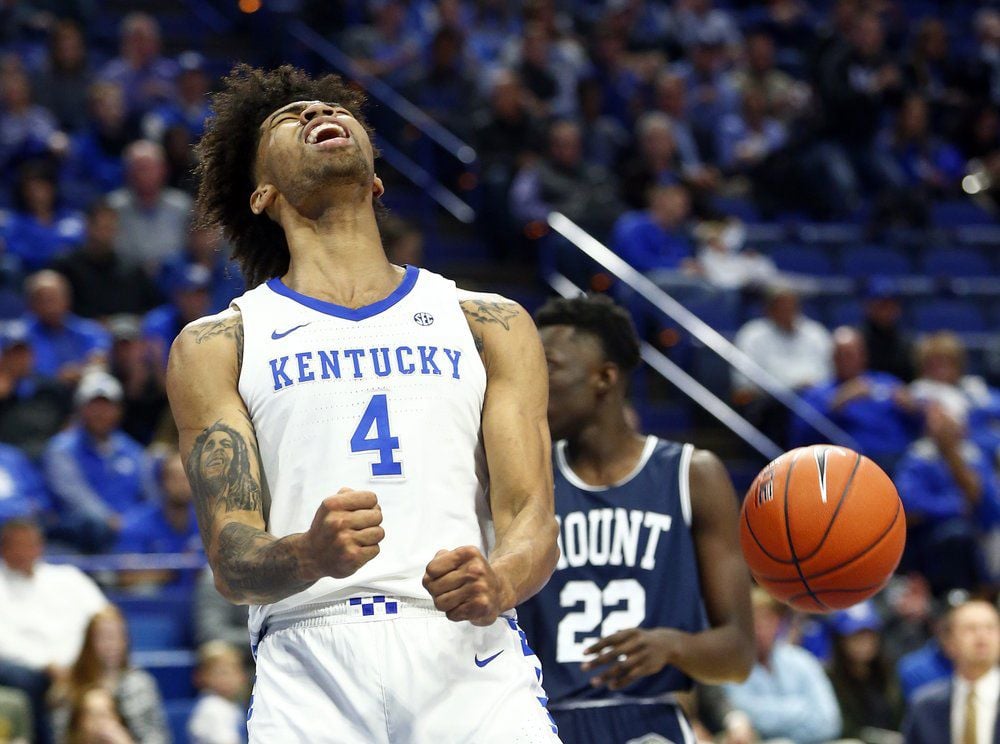 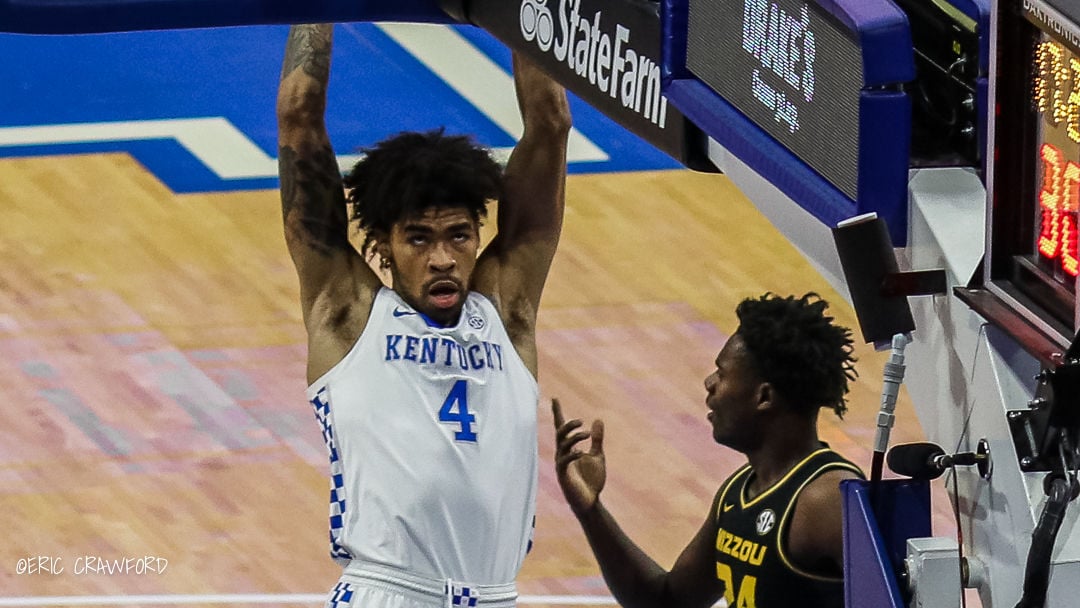 LOUISVILLE, Ky. (WDRB) -- This is who Kentucky is: A team that plays periods of high-level defense, with a big man inside who is emerging as one of the best in the nation.

The Wildcats beat visiting Mississippi State, 80-72, Tuesday night because of their defense, particularly during the game's first 30 minutes, and because of the play of Nick Richards. The junior big man turned in another outstanding performance, finishing with a career-high 27 points and 11 rebounds, including a key offensive rebound of a missed free-throw with just over two minutes left that wound up putting Kentucky up by 10.

Richards' points came inside and out, including a pair of jumpers from beyond 15 feet in the second half. And he clearly outplayed Mississippi State big man Reggie Perry, who finished with 14 points and eight rebounds before fouling out.

Kentucky did it without the three-point shot, going just 1-for-10 from beyond the arc. But the play of Richards and E.J. Montgomery, who finished with 12 points and eight rebounds, was enough to overpower Mississippi State.

It was another game in which Kentucky couldn't quite put the hammer down. After extending its lead to 14 with 10:50 to play in the game, Kentucky couldn't stretch the margin further. Then, Calipari went zone with roughly five minutes to play, and the Wildcats gave up a putback and a three-pointer to see their lead shrink to six points.

But they recovered, and Richards cleaned up late on the boards.

Mississippi State stayed in the game with second-chance points, outscoring Kentucky 22-4 off of offensive rebounds, but Kentucky outscored the Bulldogs 25-8 on the break.