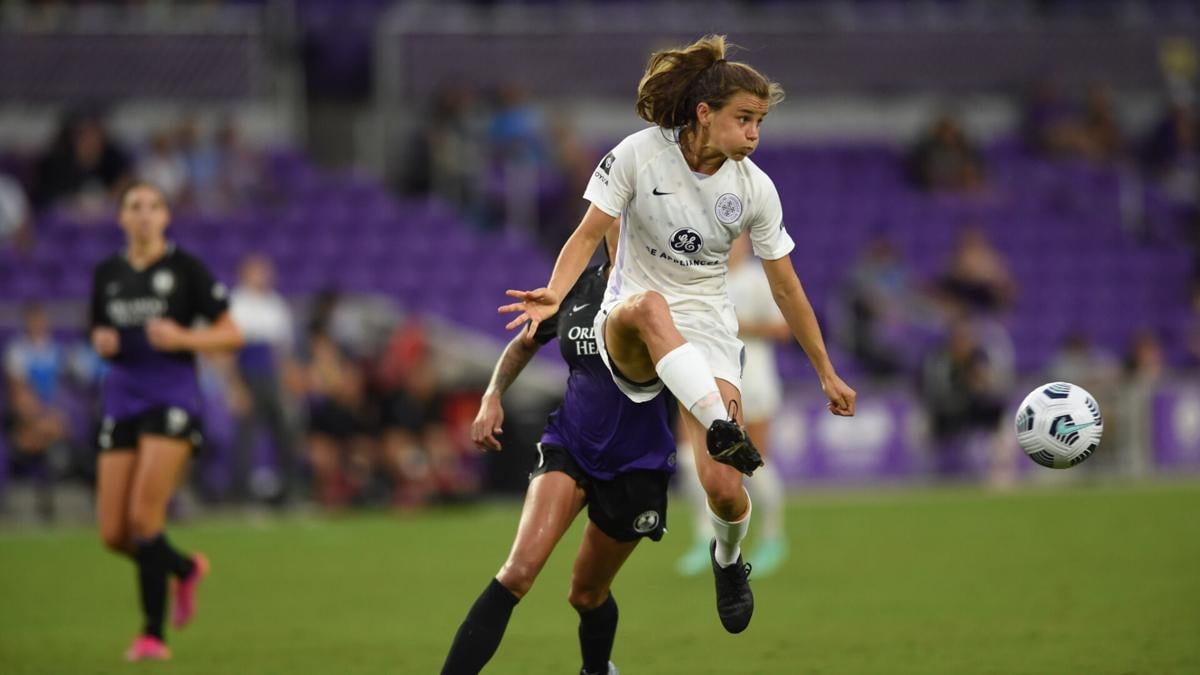 Racing Louisville led until the final minute of stoppage time in a 1-1 tie against Orlando. 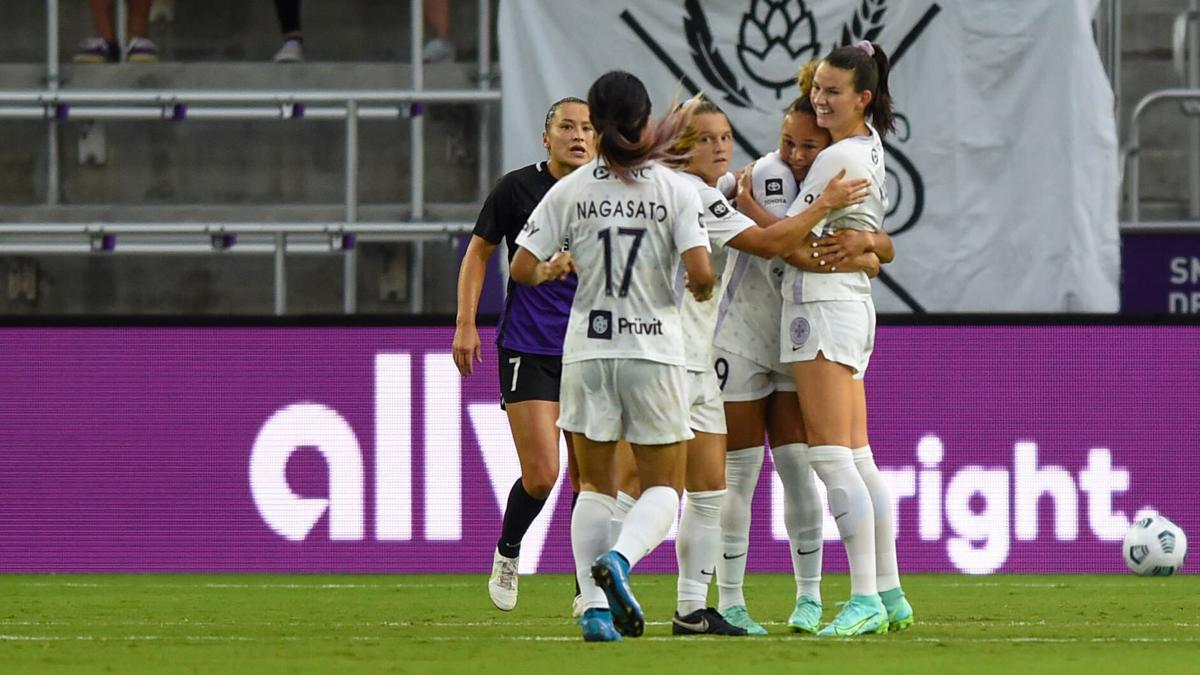 Racing Louisville led until the final minute of stoppage time in a 1-1 tie against Orlando.

LOUISVILLE, Ky. (WDRB) – It’s just the kind of thing that happens to young clubs. You wish it didn’t. In the final minute of stoppage time, a long kick from the goalkeeper, moved up to midfield, bounces into the box and by a defender or two until a talented and savvy veteran, staying behind the defense until the opportune moment, slips by to deposit the ball into the net.

Racing Louisville FC led the Orlando Pride, second in the NWSL heading into the game and tied for first at its conclusion – until the last moment.

Then Orlando’s Sydney Leroux found goalkeeper Ashlyn Harris’ long ball in front of goal and – as a two-time goal scorer for the winning U.S. side in the 2015 World Cup and an Olympic Gold Medalist in 2012 – knew exactly what to do with it.

The equalizer took the shine of what undoubtedly would have been Racing Louisville’s most sparkling accomplishment to date, even with Alex Morgan (U.S.) and Marta (Brazil) missing from Orlando for their Olympic duties.

But when the emotions settle – and there were some after a physical contest played in a 96-degree heat index at night – the performance stands, even if the result isn’t as shiny.

Racing earned a point to hang in seventh place in the NWSL table, but would’ve been fourth minus Leroux’s heroics. Orlando moved into a first-place tie with North Carolina.

“I told the players if we had won with their performance last week, I wouldn’t have been happy,” head coach Christy Holly said. “I wouldn’t have been celebrating the win. Tonight, it stings a lot that we concede a goal literally on the last chip of the game. But we look at how we get in that situation: Did we grow? Did we perform? Did we control certain moments of the game? And I think the answer is yes. So as we reflect back and talk to the players, we just keep looking ahead. We can feel the sting of this as we give up two points at the very end. But the performance is what we want and the steppingstone that we needed as we continue to move forward.”

Racing scored in the 21st minute on Ebony Salmon’s third career goal, but it was a team accomplishment in transition.

From the time goalkeeper Michelle Betos fed the ball along the right side to Gemma Bonner, who gave way to Erin Simon, who found CeCe Kizer, who played a ball behind the defense to Ebony Salmon, who advanced, shook World Cup-winning defender Ali Krieger with a flick of her left shoulder, and scored – only 15 seconds elapsed.

And that’s how you do that.

“We’ve all seen what Ebony can do and the threat that she’s got in behind,” Bonner said. “We worked on a couple of patterns, and we felt where we could exploit them. I think it showed in the transition, that if we played quickly and with quality, we could get through them.”

Louisville didn’t get much more through them, but it also didn’t allow much. Orlando didn’t manage a shot on frame until the 82nd minute, a departure from recent Racing games in which Michelle Betos was put to the test early and often.

Racing Louisville controlled 51.4 percent of possession and turned in, on both ends, one of its most consistent efforts, though it didn’t generate too many chances to add to its total. One chance came in the 36th minute when Salmon sent a cross to Kizer from the right side of the box, but Kizer couldn’t quite get the power behind her shot that she wanted.

It was the second game between the two clubs, and each featured a game-tying goal in the final minute of stoppage time. This time, it was Orlando with the late grab.

And Louisville, while disappointed, noted progress.

“At the end we were under pressure quite a lot,” Bonner said. “I think at times we managed the game well, but it’s crucial we stay into games until the very last whistle, and I think we’ve probably learned the hard way a couple of times this year in terms of completing the last couple of minutes. For us we talk about the last couple of results haven’t really gone our way, and tonight it was about coming out and putting on a performance and showing what we’re about as a team. For me, we’re such a young team and we’re learning every, single week. For us, the biggest complement was probably how Orlando celebrated at the end when they tied the game. We’ve got to learn from it. It hurts. We know we probably should have won the game. But it’s a game of both boxes. We had chances that we didn’t put away. So we’ll learn from it and definitely move forward and learn from this.”

While happy with his team, Holly wasn’t entirely happy at the end of the game. He voiced displeasure with the administration of the game, but refused to elaborate further, only saying that he felt the outcome should be more in the hands of players.

But as Louisville continues to work in new players, and the club continues to build chemistry, perhaps more positive outcomes are on the way.

“This club is five months old,” Holly said. “We just played against, what did they have three World Cup winners? For us to go toe to toe and compete with them and for large part control the game, it’s very pleasing. And as we bring in more and more players and more and more players become accustomed to what we’re doing and how we’re doing it, the hope is our performances will continue to grow.”