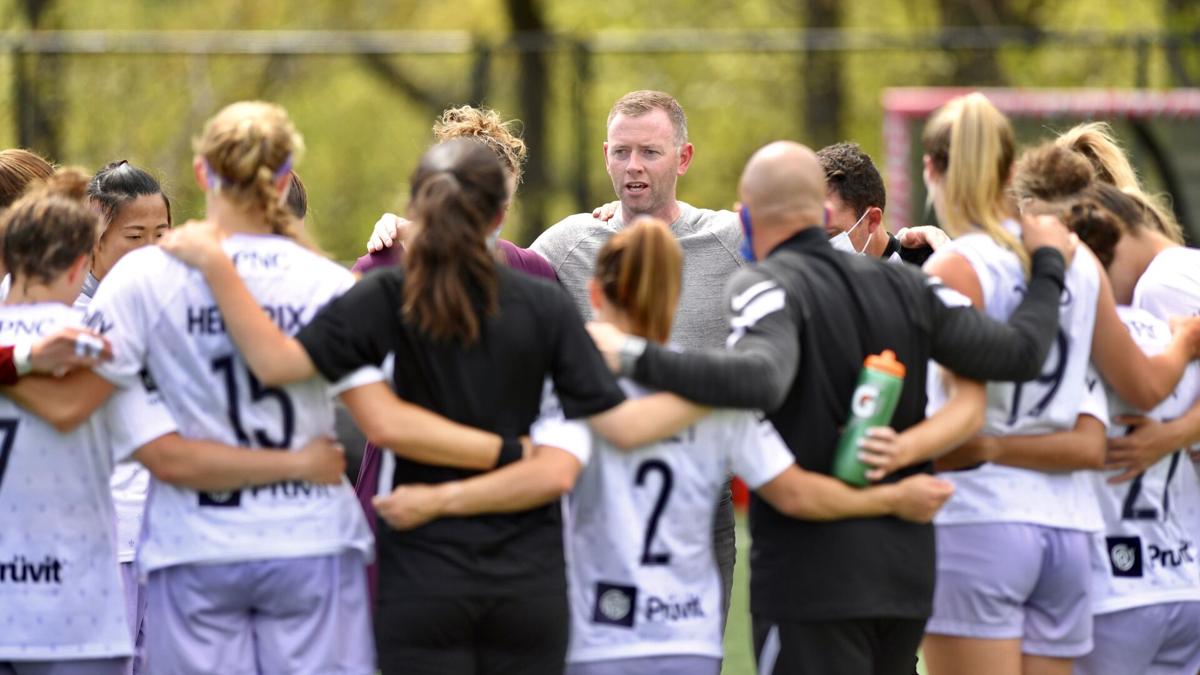 Racing Louisville FC coach Christy Holly talks with his team after a 0-0 tie at Gotham FC. 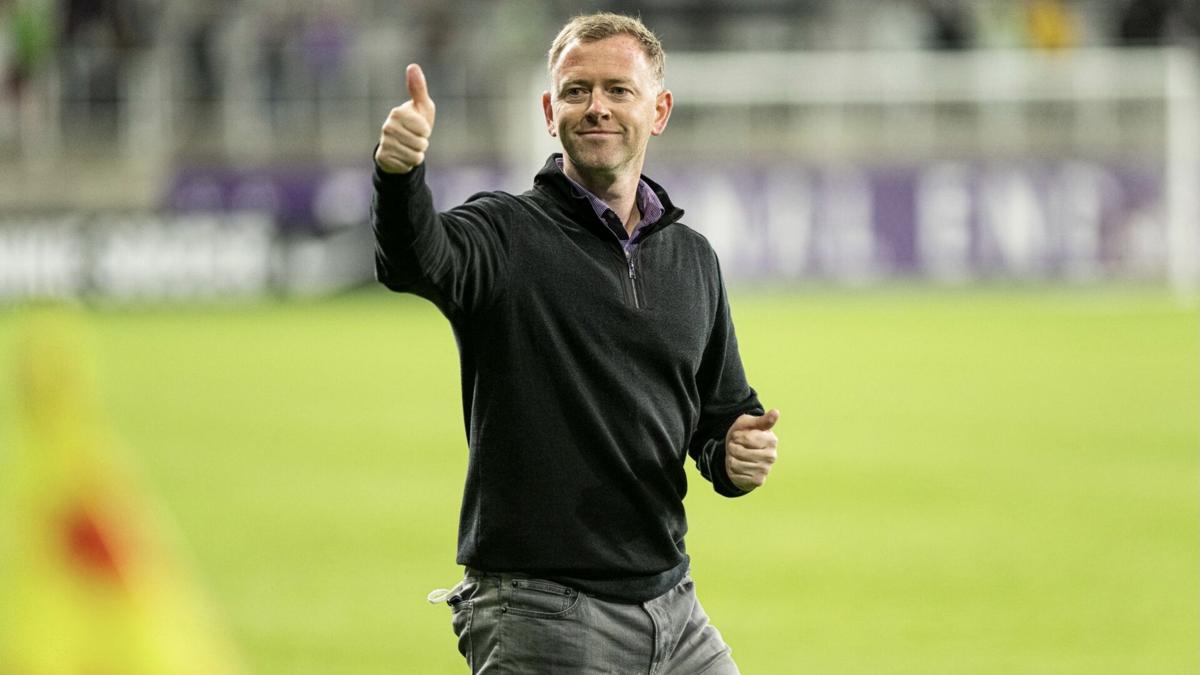 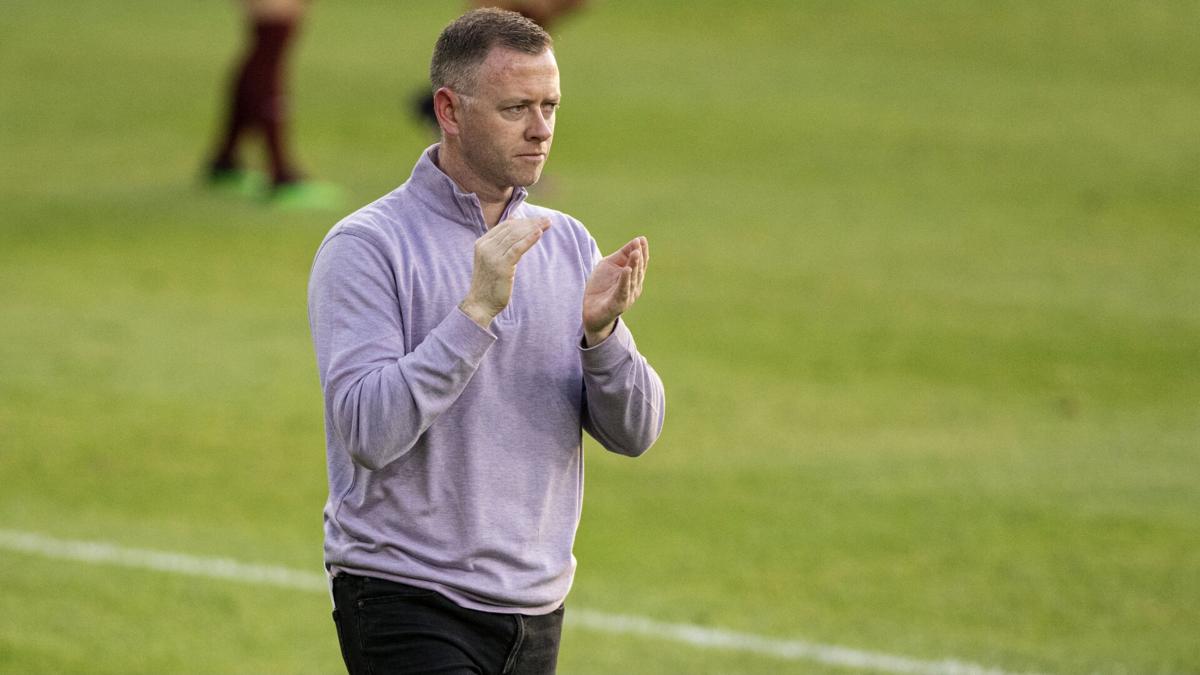 Racing Louisville FC coach Christy Holly talks with his team after a 0-0 tie at Gotham FC.

LOUISVILLE, Ky. (WDRB) -- For the most part, Racing Louisville FC's first four-game foray into expansion life in the NWSL was as much an eye-opener for the league as it was for coach Christy Holly's young Louisville side.

Racing was competitive, with a pair of ties to go with a pair of scrappy losses in the NWSL Challenge Cup. In general, expansion teams aren't expected to necessarily push more experienced clubs to the final stages of matches, or to create some of the problems that Racing did, particularly with strong play on the back end and in goal.

But while the overall reaction was one of perhaps pleasant surprise, the reaction in the locker room wasn't quite so happy. Racing didn't break through with the franchise's first win, but in a way, its coach actually was glad.

If the general inclination is to grade expansion clubs on a curve, Holly is a flatten-the-curve kind of guy. That’s where he stands heading into the club’s first regular-season contest, against Kansas City on Saturday at 5 p.m. in Lynn Family Stadium (CBS Sports Network).

“The results didn’t go our way, but in a sense I didn’t want to be misguided by us sneaking a win when we were underperforming,” Holly said. “I think it keeps our feet on the ground. It makes us very realistic about where we are as a club. We’re in the embryonic stages of our growth in the NWSL. . . .  There were definitely 2-3 games where, particularly in the first half, we should have put the game to bed, and we didn’t. And that’s great learning for us. I think we’re in a decent place. It would be nice to get that win, because everybody would stop talking about it. But ultimately I would rather, as much as I love winning, we’re here to grow and get better and get the foundations right. We want this to be around for a long, long time and getting a cheap win and underperforming, or getting it without playing the right way that we want to play wouldn’t be as productive as going through these challenging times when we’re growing and leaning on what we know best.”

Racing knows where its strengths lie, and here at the outset, it is with its experienced talent. Michelle Betos is a real asset in goal. Savannah McCaskill is a proven talent. Yuki Nagasato has won at the highest level. Racing recently added Gemma Bonner, a center back from Manchester City, which added experience to the defensive end.

Creating more scoring opportunities is a point of emphasis. Racing ranked last in shots attempted, with 26 -- half of those on-goal -- during the Challenge Cup. Thursday’s addition of Ebony Salmon from Bristol City should add punch to that attack when she joins the club. CeCe Kizer, who scored the club’s first goal, was among the top individual scorers in the Challenge Cup.

Holly says he “couldn’t be more proud” of how things are coming together from a developmental standpoint. He also sees how his club has missed golden opportunities early in matches -- and conceded goals after the 84th minute in each of its first three Challenge Cup matches before putting together a clean sheet in its fourth game, at Gotham FC -- and can’t look past those things.

“This is where I have to fight myself,” he said. “Because I’m probably overly competitive and lose the bigger picture. I think when we take a step back and look at it from a distance, the reality is that, aside from Savannah McCaskill, Michelle Betos, Yuki Nagasato, we’ve got an exceptionally inexperienced team. The majority of the team doesn’t have more than five professional starts under their belt. . . .  So when we put that into perspective we’re chipping away and doing well, and we’re growing together. So as a team that 14 weeks ago didn’t know each other, to be where we are, we’re happy, we’re content probably. I’m probably the most miserable person to be coached by at times because even when we came back and drew with Orlando, I was furious because I thought we could have put the game away in the first half. But what I can tell you in terms of the growth of  the individuals and the growth collectively of the organization, I couldn’t be more proud. And I probably need to be a little bit nicer and more relaxed about it and allow the process to evolve.”

The problem is that, in the world’s premier women’s league, there is little margin for error. Racing opens its regular season on Saturday at 5 against Kansas City, another team that struggled to create scoring chances in the Challenge Cup. But the team is experienced, and while technically an expansion team in the NWSL, did purchase the rights to the Utah Royals FC player assets in re-establishing a league presence there.

“Kansas are very dangerous,” Holly said. “They have a very experienced team that has been around for a long time. People will say, they just got to Kansas, yeah, but the grass is still green in Kansas, same as the grass they played on in Utah. It’s a team that’s got tremendous amount of experience, from A-Rod (Amy Rodriguez) to Desiree Scott to Rachel Corsie to Nicole Barnhart to Lo’eau LaBonta. They’ve got a real good spine to the team. And in the last 6-12 months they added a lot of pace. So quick, dangerous team that on on the counterattack can be dangerous. We need to be buttoned up. We need to be organized. We do have a real good feeling going into the game but we need to be on top of our game or else they’ll punish us. . . . There’s no easy games in the NWSL, and if we take our foot off the gas for a second these teams will definitely punish you, and that happened to us a couple of times I think.”

One theme Holly finds himself hitting most often as the club looks to get itself up and running is consistency. He has seen his team play well, but now wants to see that play extended for longer stretches, with fewer lapses.

A dash of confidence wouldn’t hurt, either.

“ A consistent, real good performance would be something,” he said when asked what he would like to see in Saturday’s opener. “We had some injuries in the preseason, so we’re looking forward to getting to full fitness and hopefully pulling together good periods of the game where there’s consistent performance. I told our players I couldn’t ask for more of them on the field, but I actually feel in terms of their work ethic, I feel what we need to start doing is trusting ourselves a little bit more. Believing in ourselves a little bit more. We talk about having proactive confidence, rather than reactionary confidence, where you wait for it to happen before you think, ‘Hey I’m actually good.’ You’re here for a reason, because you are a good player. The more we hammer that home and allow them to know that, ‘We have a serious amount of trust in you,’ there’s going to be good days and there’s going to be bad days, it’s not going to be a linear line toward the very top, the more comfortable we get with that statement the more freedom we’ll see on the field and more consistent performances. . . .  I think, yeah, it’s moving along and going a good direction. We do need to be patient, but I know, and I feel it, with experience that this group can be a real threat in the NWSL.”