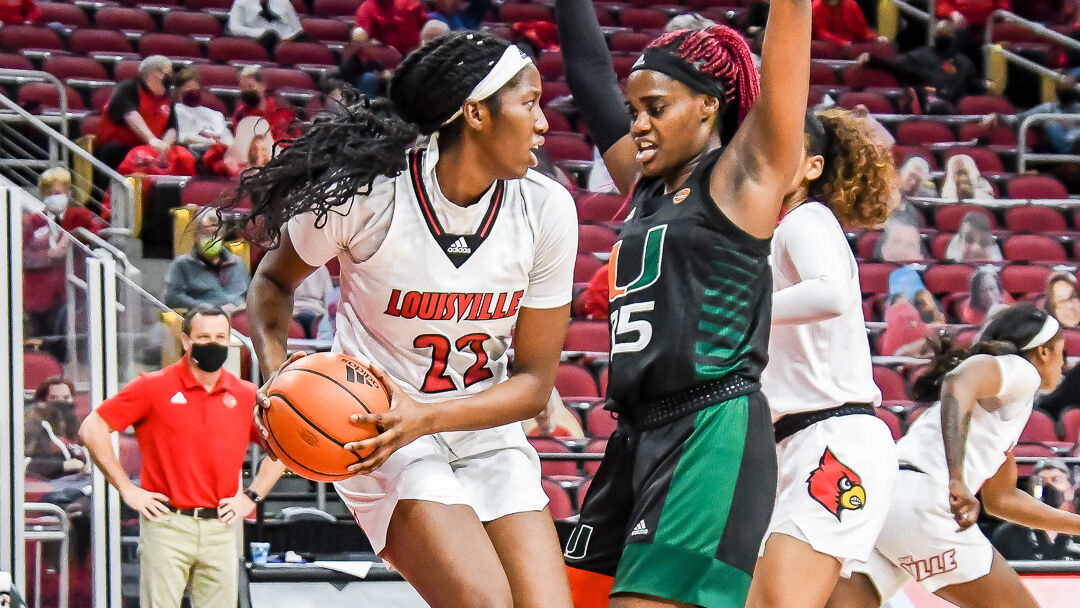 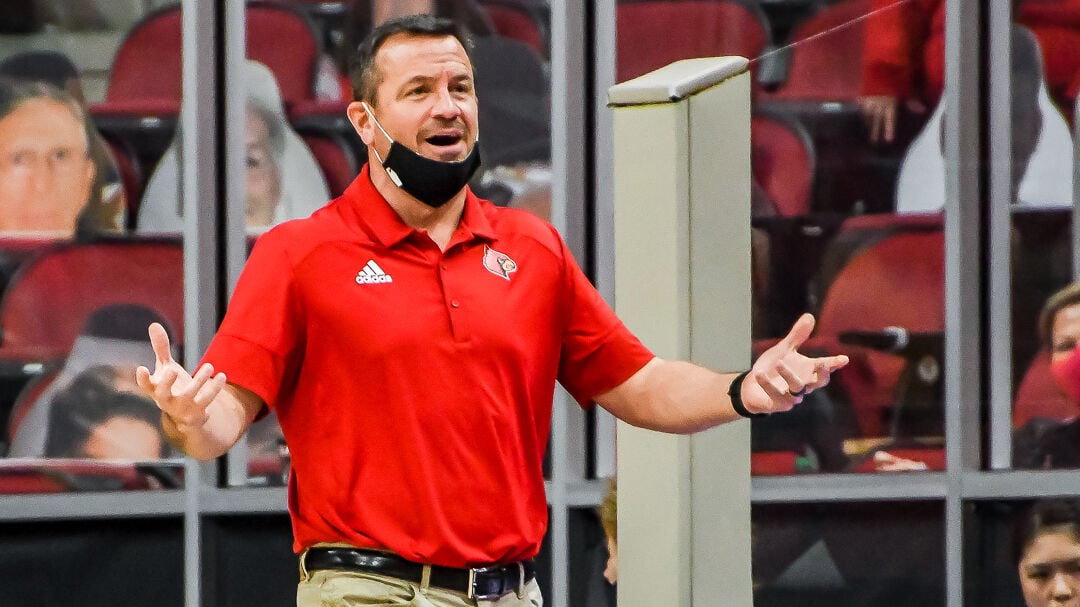 Jeff Walz asks a question during Louisville's win over Miami.

Jeff Walz asks a question during Louisville's win over Miami.

LOUISVILLE, Ky. (WDRB) -- The University of Louisville women's basketball team opened a 16-point lead a little more than midway through the third quarter on Tuesday afternoon against Miami. Then, the offense dried up, the gauge appeared close to "E," and the top-ranked Cardinals found themselves grinding through another close endgame.

Miami, which came from 21 down to beat Pittsburgh on the road in its last game, kept the pressure on Louisville down the stretch Tuesday. The Hurricanes cut the deficit to 4 points twice, before Louisville emerged with a 79-76 victory, largely on the fourth-quarter heroics of Dana Evans.

The Cardinals were extremely efficient on offense in the first half, despite turning the ball over eight times. In the second half, their shooting touch deserted them. They missed their final eight tries from 3-point range.

But after not taking a shot in the third quarter, Evans scored all but 2 of Louisville's points in the fourth, to pull the team through once again.

Tuesday's game was Louisville's 10th in the month of January and third in five days. It shows up in the second-half shooting statistics, and it showed up on the defensive end in the second half.

But it didn't show up in Evans, who played 37 minutes after playing 40 minutes in each of the past two games. She was the only Louisville player to score in the final 9½ minutes and finished with 20 points.

"She is in great condition," Walz said. "And she's a tremendous competitor. ... But she can't do things by herself."

She had lots of help early. Elizabeth Dixon came off the bench and scored a career-high 21 points. Elizabeth Balogun chipped in 14, and Hailey Van Lith had 9.

Leading by 16 with just over four minutes to play in the third quarter, Walz would like to have seen his team push its lead on out. But it fouled on a layup on the defensive end, and allowed Miami to maintain contact.

"Defensively we've got to do a better job. That's something we've tried to hang our hat on, and right now we're not quite there yet," Walz said. " ... We're still learning."

The Hurricanes kept chipping away, and were in striking distance, down just two scores or less for most of the final five minutes.

Walz said he's not concerned about the small margins.

"At the end of the day, we're trying to win ballgames," Walz said. "... I'm not going to worry about the amount that we're winning by. We're just not there maturity wise to put people away."

There's no break for the Cards on the horizon. They'll be back in the KFC Yum! Center on Thursday night, facing a good North Carolina team, then have a few days to prepare for No. 2 N.C. State on Monday.

"We need to figure out a way to gut something out on Thursday night, then give them a day off on Friday," Walz said. "We're having to fight through it, and I'm proud of them, because we've found a way to win a couple here where we haven't played our best. ...We have some work to do, and I'll be the first to say it."