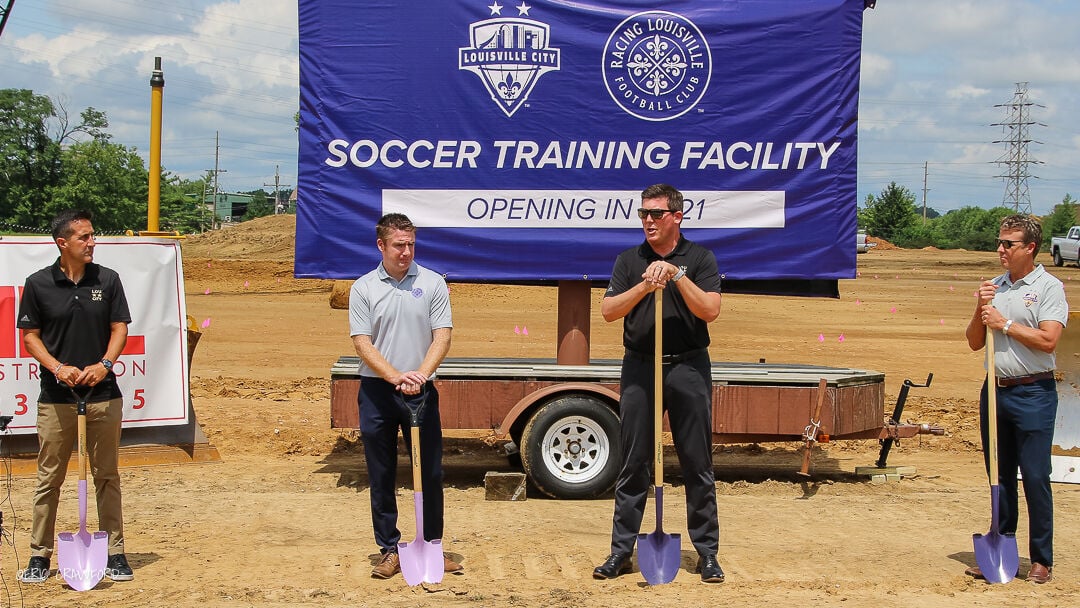 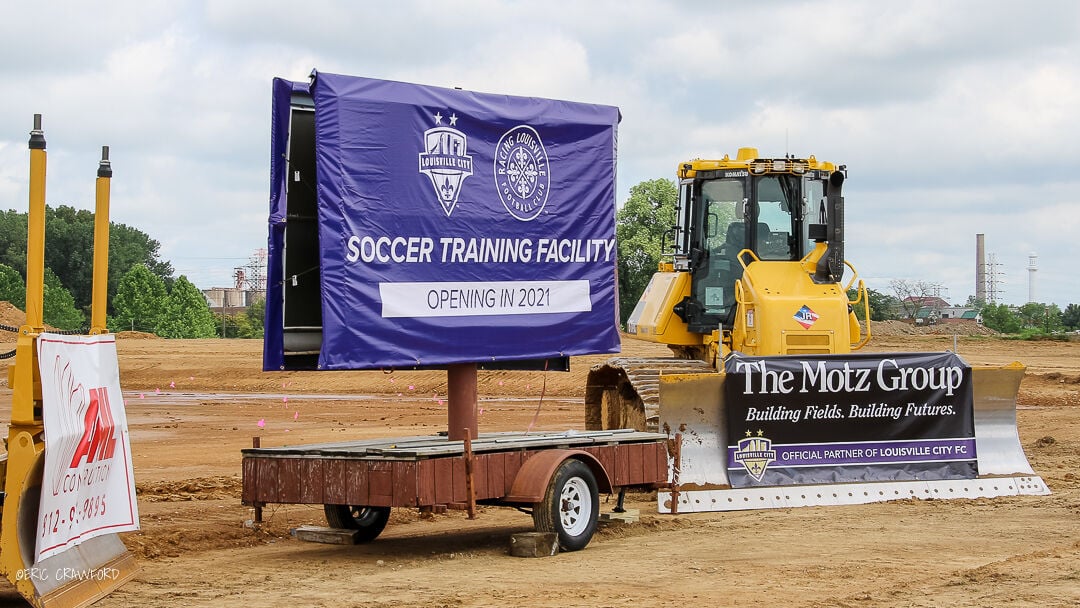 LOUISVILLE, Ky. (WDRB) -- It’s not as splashy as a new stadium, obviously. But the training facility just 2 miles down the road from Lynn Family Stadium, celebrated during a groundbreaking ceremony Tuesday, may make the soccer world sit up and take notice even more.

The $15 million facility announced last month by Soccer Holdings LLC, the parent company of USL Championship club Louisville City FC and the National Women’s Soccer League’s Racing Louisville FC, is expected to open by next summer, with multiple fields likely in use before that.

It was this training facility that sealed the deal for the NWSL and is the icing on the cake of a lightning progression of the sport professionally in this city. In about a half-dozen years, the sport will have gone from professional introduction to two Cup titles to new stadium to youth academy to NWSL franchise to new training facility.

“What we’re doing here, I’m telling you clubs around the country — Major League Soccer, NWSL, USL — are taking notice," said Mario Sanches, director of the youth academy, which will make great use of the facility.

"People are calling us, and we’re setting the benchmark.”

The 30,000-square-foot facility is being built by AML Construction. It will feature three natural grass fields and three turf fields, along with stadium lighting for night games and other community events.

In addition to locker room spaces for the pro clubs, the facility will include gym and workout areas, a kitchen, dining hall and media room. The building’s layout also houses Soccer Holdings’ front office staff.

“This is an awesome day for us,” Soccer Holdings President Brad Estes, said. “It’s hard to believe in 2015 we started out as this little fledging club trying to make pro sports work in a town where pro sports hadn’t been that successful. … As you pivot away from surviving and sustainability, you want to get to the point to where you’re thinking about flourishing. That’s what this training center’s going to allow us to do.”

It already has made a difference in the amount of interest sporting director James O’Connor has seen from prospective coaches for the Racing Louisville franchise, and likely will be a draw for talent in the league.

“To actually have our own training center — for us to attract elite-level talent on the female side — brings tremendous opportunity for us as an organization,” said O’Connor, who’s overseeing next year’s launch of Racing Louisville FC. “It’s not just for the professional aspect but for the whole community. We’ve got four turf fields we genuinely want the community to use. … The commitment from ownership is inspiring and something all of us feel privileged and honored to be a part of."

LouCity FC coach John Hackworth added, “It’s just going to be a huge advantage for us going forward. Now we have a youth program as well. It’s going to be incredible to have the vision of boys and girls playing and having professional teams, men’s and women’s, side by side. This is a phenomenal achievement for us, and I’m proud to be part of it.”