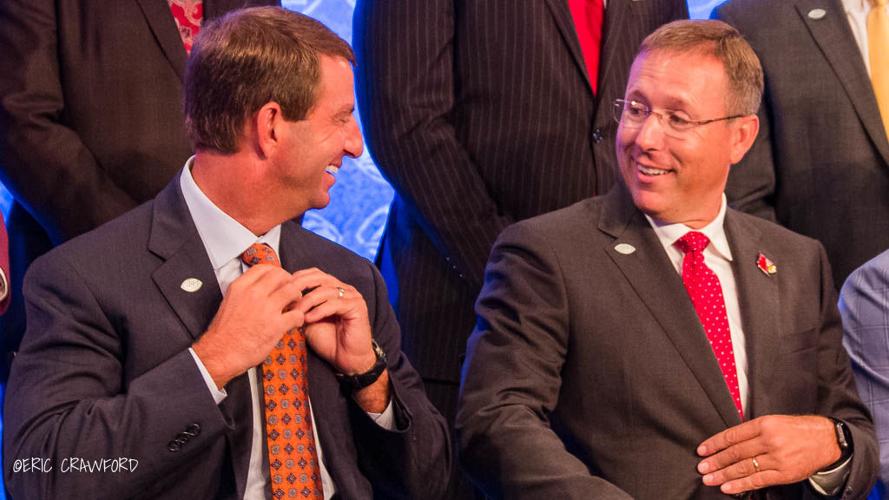 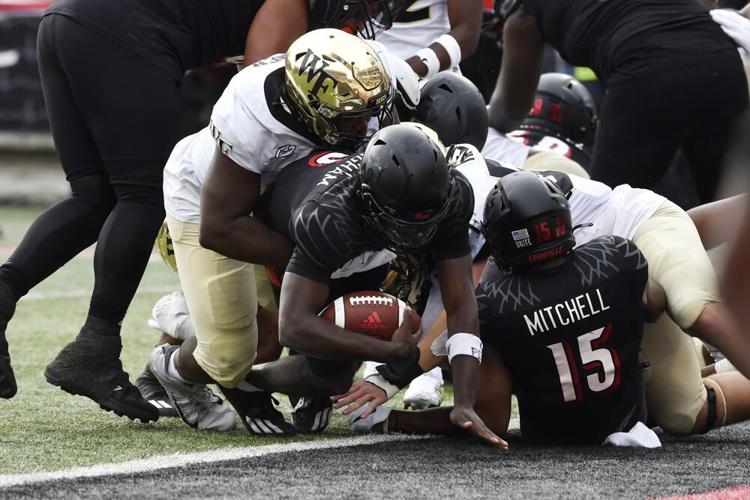 LOUISVILLE, Ky. (WDRB) -- A week ago, Clemson was 8-0, ranked No. 4 in the College Football Playoff poll, positioned to glide into the four-team scrum for the national title.

Then, Notre Dame flipped the Tigers upside down, delivering a 35-14 win in South Bend, Indiana, last Saturday. Dabo Swinney's team generated only 281 yards, failing to score in the first three quarters against a Notre Dame team that lost to Marshall and Stanford.

Clemson slid to No. 10 in the rankings released Tuesday night. The Tigers will need at least six teams to stumble badly over the next four weeks to earn a spot in the playoff, even though Clemson has already won a share of the Atlantic Division of the Atlantic Coast Conference and has all the tiebreakers.

So the question percolates: How motivated will Clemson be Saturday with its playoff outlook greatly downsized?

"We want to win the division. We don't want to tie for the division," said Swinney, whose team will finish league play with Louisville Saturday and Miami the following week. "Every goal we have is intact."

The Line: Point spread is Clemson by seven; Over/under total points scored is 52. Numbers courtesy of DraftKings at noon Wednesday.

The Last Time: Clemson survived a Louisville rally, stopping the Cardinals four times inside the 10-yard line in the final minute to win, 30-24.

The Series: Clemson has won all seven meetings since the Cardinals joined the Atlantic Coast Conference for the 2014 season.

The Records: After dominating James Madison last week, Louisville improved to 6-3 overall and 3-3 in league play. Clemson's unbeaten season ended with a 35-14 loss at Notre Dame. The Tigers are 8-1 overall and 6-0 in the ACC, two games ahead of Syracuse and North Carolina State in the loss column.

Player to Watch Louisville: Considering Clemson ranks eighth in the ACC in passing defense and has allowed 14 passing touchdowns, Cards receiver Tyler Hudson could be primed for a big game. Hudson ranks fifth in the ACC with 46 catches. During U of L's four-game winning streak, Hudson has averaged 6 catches for 98 yards per game.

Player to Watch Clemson: With inconsistency at quarterback, Clemson has relied on halfback Will Shipley, who ranks second in the ACC in rushing yards per game (89) and touchdowns (11). Shipley rushed for 100 or more yards four times this season, although the Cards limited him to 47 yards on 14 carries last season.

Sideline Storylines: Clemson has averaged 40.6 points in its seven wins over Louisville, the program's highest scoring average against any Power 5 opponent. Clemson is 29-7 in games following defeats under Swinney and has won 18 of its last 19 in that situation. The Tigers have not lost back-to-back games since 2011. The Cardinals will try for their first five-game winning streak since 2016. Cards' tight end Marshon Ford has caught at least one pass in 33 consecutive games. The last time Louisville won games against ranked opponents in consecutive opportunities was a 38-35 victory over West Virginia in 2011 followed by a 33-23 win over Florida in the 2012 Orange Bowl.

The Quote: Swinney, talking about facing Louisville after the Tigers lost their spot in the top four in the college football playoff:

"This is a good football team we're getting to play. A fast, physical team. A veteran team on both sides of the ball. They've won four in a row, so they're a confident bunch.