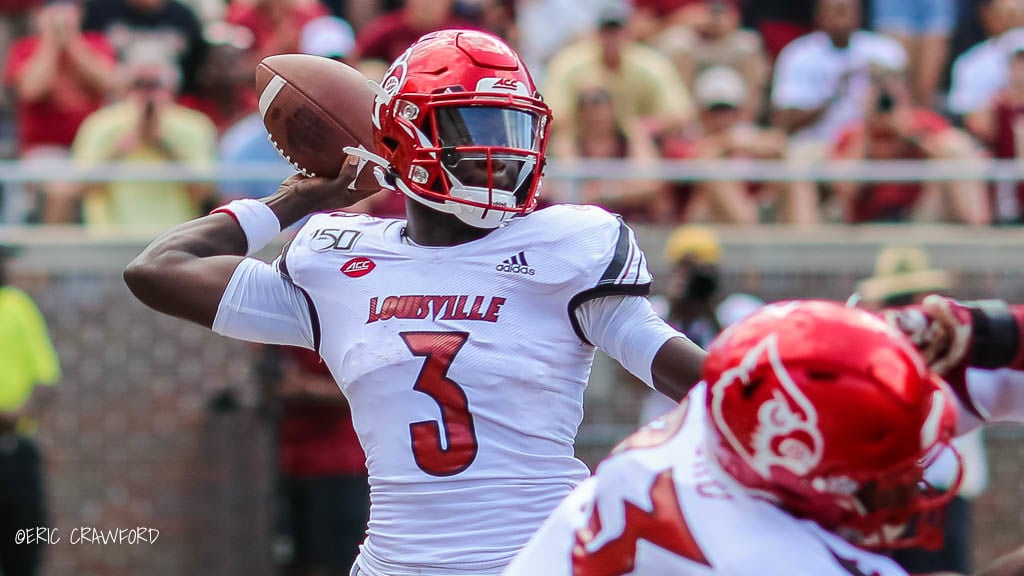 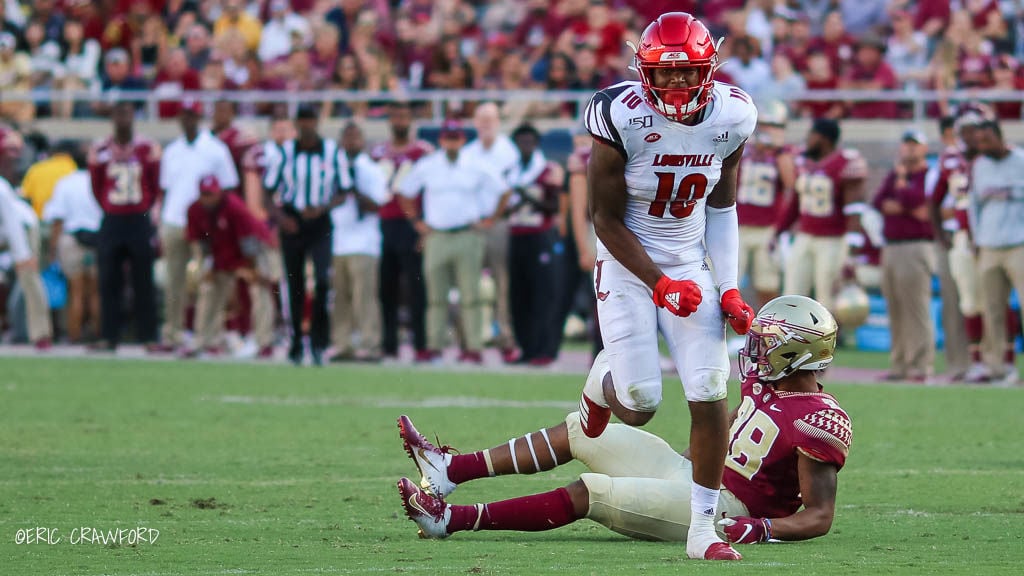 Louisville linebacker Dorian Etheridge was voted co-linebacker of the week in the ACC last week.

Louisville linebacker Dorian Etheridge was voted co-linebacker of the week in the ACC last week.

LOUISVILLE, Ky. (WDRB) – The University of Louisville football team faces a new opponent Saturday: prosperity. The Cardinals clinched a bowl berth with last week’s win at North Carolina State, an accomplishment that few predicted for a team that was picked last in the ACC after last year’s winless conference campaign.

Reaching a bowl was an important symbolic victory for the program. First-year coach Scott Satterfield acknowledges that. But he also has been urging his team to do something even better. His question for them this week in preparation for Saturday’s 4 p.m. game against Syracuse: "Why stop now?"

"It’s special, no question," Satterfield said of reaching bowl eligibility. "You’re picked dead last in the ACC by everyone. And it was not a very good year last year. We’ve been able to beat some teams that blew out Louisville last year. So it has been a special year, but we want to make it more special by finishing out strong."

The Orange have had a disappointing season. They were nationally ranked in the preseason but come to Louisville with a 4-6 record. They’re also coming off their best game of the season, a 49-6 dismantling of Duke.

The Cardinals have avenged four double-digit losses from last season — to Wake Forest, Boston College, Virginia and N.C. State. Syracuse would be a fifth, having won last year’s meeting 54-23.

Louisville, however, comes into the game a clear favorite. More on the matchup:

4). Scouting Syracuse: A year ago, Syracuse used five Louisville turnovers to turn the game into a rout. The Orange used the same formula a week ago for a blowout win at Duke. They have a good passing game but haven’t been able to use it at times this season because the offensive line has struggled. They’ve also struggled on defense. While they do a good job of generating turnovers, they’ve given up an average of 438.9 yards per game and allowed 691 yards in a loss to Boston College on Nov. 2.

5). Scouting Louisville: The Cardinals have built their offense behind the running game but emphasized passing a week ago with All-ACC lineman Mekhi Becton out of the lineup against an N.C. State defense packing the box. Quarterback Micale Cunningham responded by throwing a career-high four touchdown passes. Defensively, the keys for Louisville will be putting pressure on the quarterback and stopping the run in the process.

6). Spotlight player: After a preseason injury kept him out of Louisville’s opener against Notre Dame, Cunningham has been outstaning. He ranks fourth in the nation in passing efficiency — behind only Jalen Hurts of Oklahoma, Tua Tagovailoa of Alabama and Joe Burrow of LSU. Cunningham’s five passes of 70 yards or more leads the nation.

7). Sideline spotlight: Satterfield was named a semifinalist for the George Munger Coach of the Year Award this week but faces a challenge in keeping his team sharp after it has been praised and celebrated for a week following its bowl-clinching win in Raleigh, North Carolina.

8). Fan tips: It’s Senior Day at Louisville, with the program bidding farewell to a 26-player class whose ranks have been bolstered by graduate transfers. (The program has 21 players who already have earned degrees, third-most nationally). The final Card March of the season will begin at 2:30 p.m. by the Central Avenue overpass. With the team going for its seventh win, U of L is running a promotion offering tickets in the UPS Flight Deck for $7. A discounted Family 4-Pack of tickets is also available; it includes four lower-level tickets and a reserved parking pass in the Purple lot for $50.