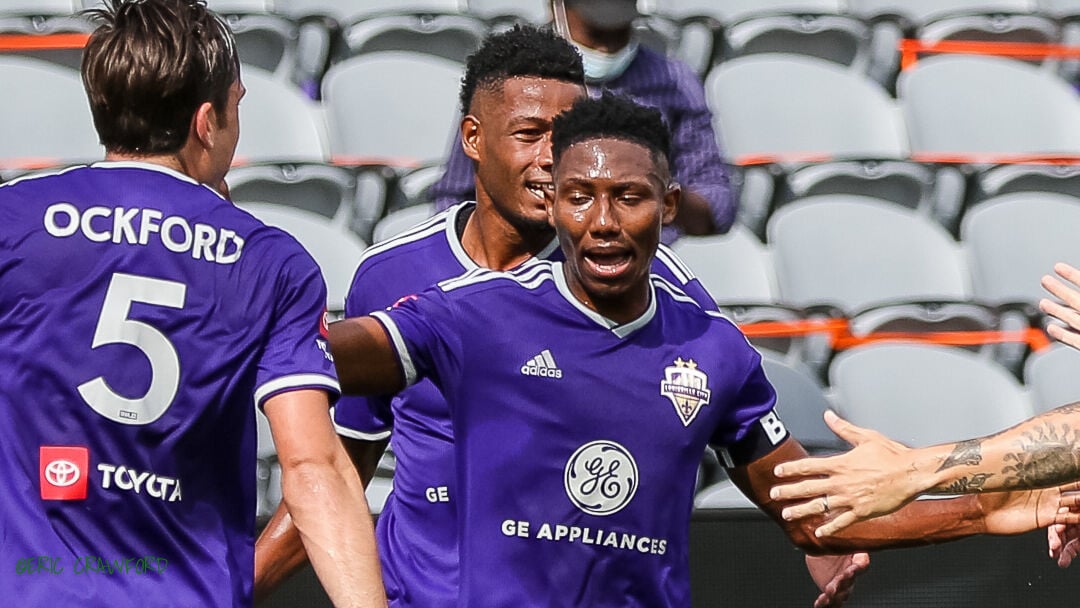 LOUISVILLE, Ky. (WDRB) -- Louisville City FC netted a goal within the first three minutes of Saturday's contest against first-place Indy Eleven, but the rivalry match at Lynn Family Stadium ended in a 1-1 tie.

With the draw, LouCity (2-3-1) remained in fourth in Group E of the USL Championship.

Devon "Speedy" Williams gave the Boys in Purple the early lead in the third minute with a headed goal off of a long cross from Napo Matsoso, who took possession away from Indy with a sliding tackle before earning the assist to Williams.

LouCity held the 1-0 lead until the 59th minute, when Indy's Tyler Pasher scored an equalizer with a left-footed shot to the bottom-right corner of the net.

John Hackworth's club couldn't put together a go-ahead score but out-shot Indy 22 to 10.

"If most teams are playing Indy, and it’s 1-1 late, they’re not the aggressors — not the ones putting their foot on the gas and not throwing attacking players on," Hackworth said after the game. "We literally had a lot of control of the game until the very last whistle, so I think it’s something very positive to build on.

"The guys in the locker room are all disappointed," he added. "Sometimes a tie feels like a win. Sometimes it feels like a loss, and this one feels a little bit like a loss. At the same time, we have to understand where we are and use this as a positive because we have two hard games coming up in the next seven days."