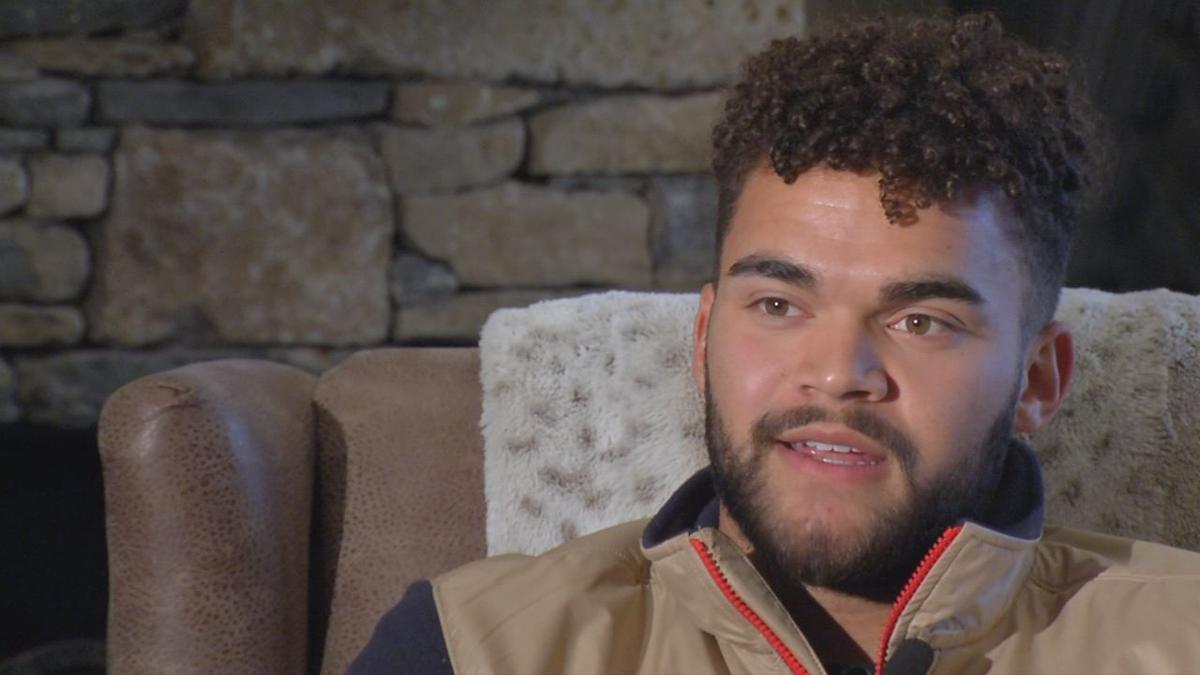 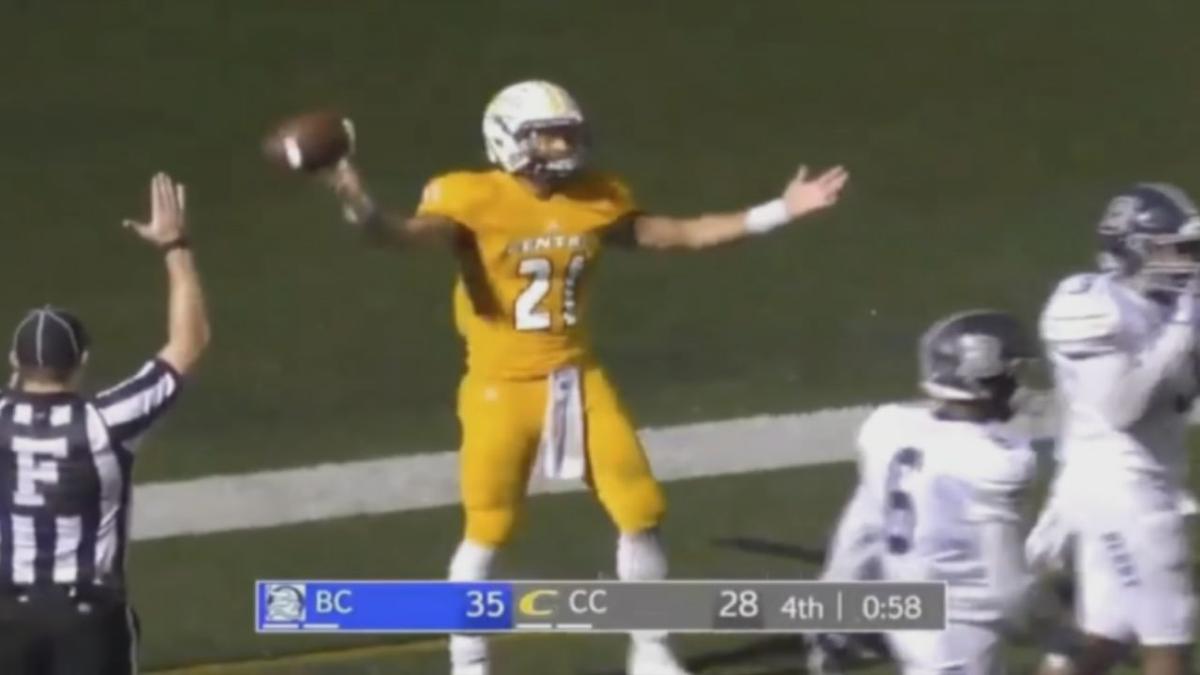 Jaylon Hibbs celebrates a touchdown catch during his Centre College career. Hibbs will take the field at the Hula Bowl, a college football all-star game, at 10:30 p.m. EST Sunday. 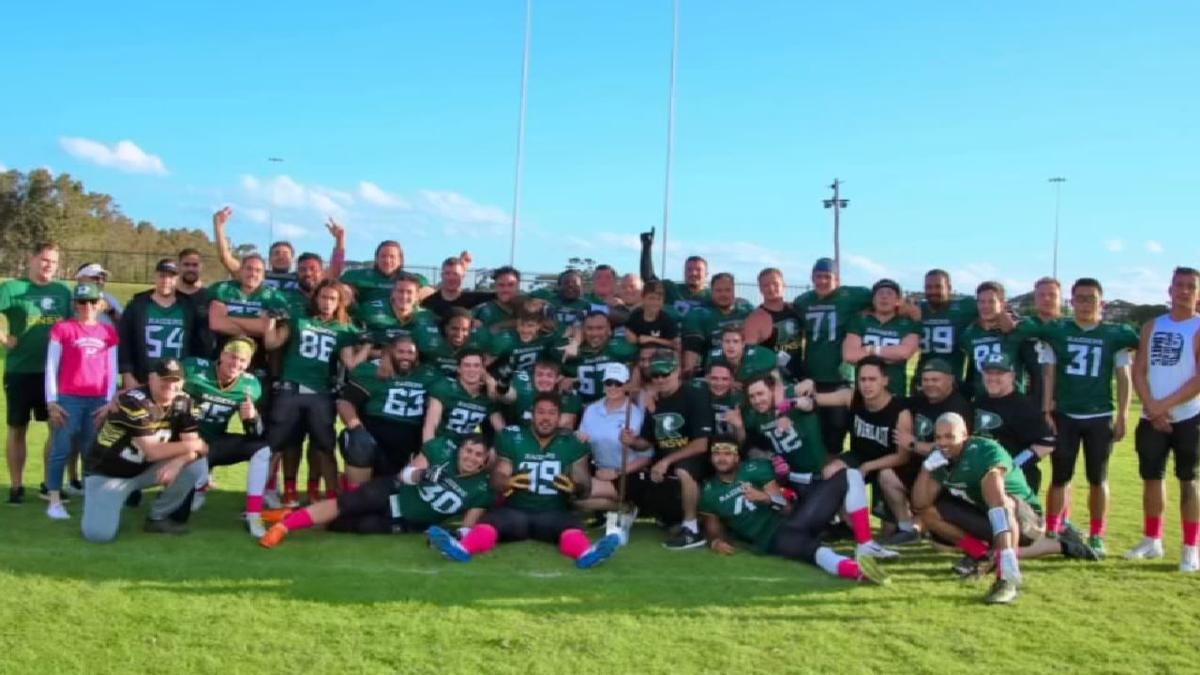 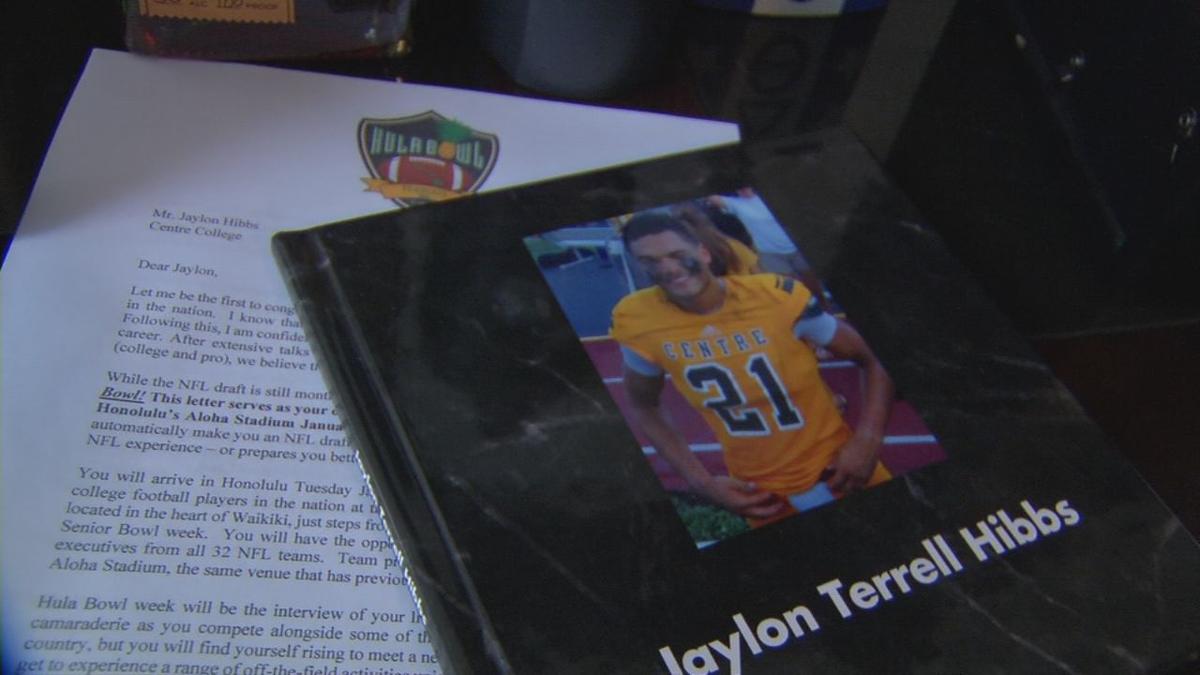 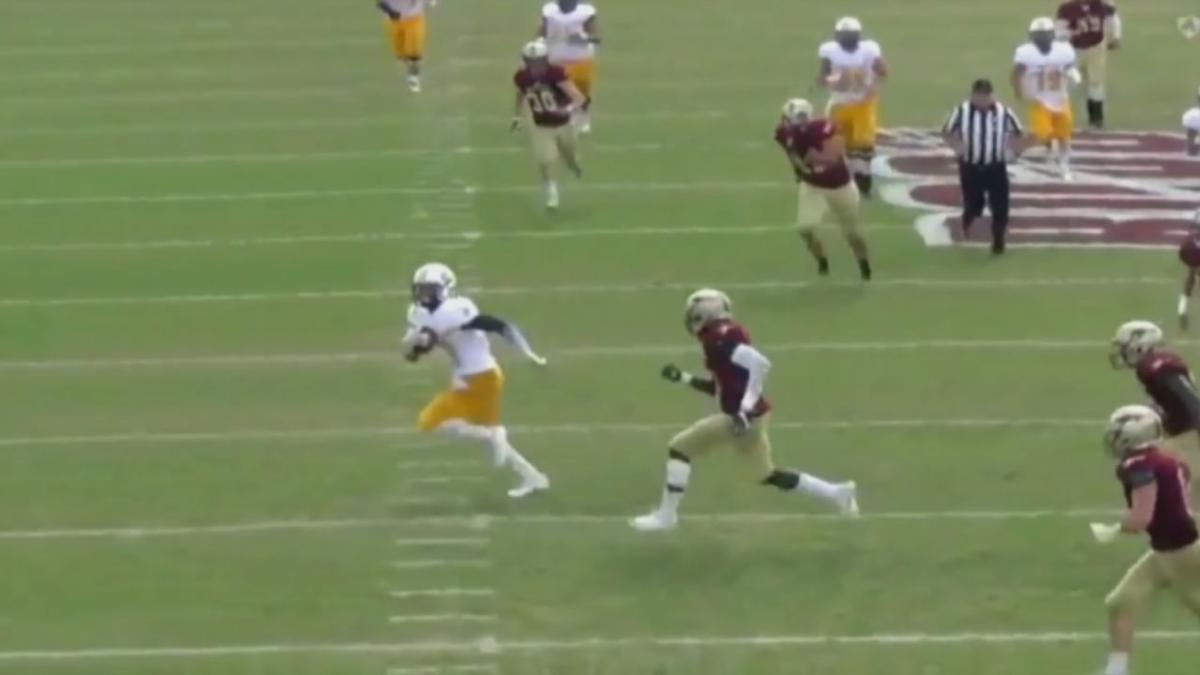 Jaylon Hibbs celebrates a touchdown catch during his Centre College career. Hibbs will take the field at the Hula Bowl, a college football all-star game, at 10:30 p.m. EST Sunday.

LOUISVILLE, Ky. (WDRB) — The path to a career in the National Football League usually goes through Division I schools. Sometimes, kids make it from smaller Division II schools — but rarely from a Division III school like Centre College in Danville, Kentucky.

That hasn’t stopped Jaylon Hibbs, a St. Xavier High School graduate, from pursuing his dream of making a professional roster.

Hibbs set six receiving records during his senior season with the Colonels, but no NFL teams came calling after he graduated in 2018. So the wide receiver packed his bags and headed down under to keep playing the sport he loves with the UNSW Raiders Gridiron Club in Sydney, Australia.

After playing in Australia during the summer and fall of 2019, all of Hibbs' hard work paid off. The Raiders' coach had bountiful connections back in the U.S. and recommended Hibbs for a spot in the Hula Bowl, a college football all-star game in Honolulu, Hawaii. The Louisville native will have a chance to play in front of scouts from every NFL team when the Hula Bowl kicks off at 10:30 p.m. EST Sunday at Aloha Stadium.

"I have not been to Hawaii, so I’m definitely excited for that opportunity," Hibbs said. "But, at the end of the day, Hawaii’s great, but I’m there to work. I’m there to show these coaches what I can do. So that’s my goal."

Hibbs will get to practice four times this week with other former college football stars, some from small schools such as Centre and others representing national powerhouses such as Clemson and Oregon. With 100 players on the island, it will be hard to get playing time and stand out during Sunday's game. The practices will provide the greatest opportunity to get multiple repetitions in front of professional scouts. One-on-one drills will give Hibbs a chance to show that he not only belongs but stands out.

"That’s my goal this week at the Hula Bowl," Hibbs said. "Show I can compete with the best."

There are roughly 1,700 players in the NFL between teams' rosters and practice squads. At the start of last season, just 11 came from Division III schools, which is about 7⁄10 of 1%. Although he might not have the Division I pedigree, Hibbs knows he has the tools. Through training, he has lowered his 40-yard dash time to a consistent 4.5 seconds. Many of the NFL's most prolific receivers run in that range. And Hibbs will tell you he rarely drops a ball.

"My pride and joy are my hands," he said.

Two members of our class of 2019, quarterback and 2018 SAA Offensive Player of the Year Tanner Young and All-Region receiver Jaylon Hibbs are official! They will be playing with Sydney, Australia’s UNSW Raiders. Best of luck men! #PEV #WorldWide pic.twitter.com/xEH3LMh7Cs

Maybe most important of all, however: He always seems to get separation from the defensive back who is covering him.

"I like to mix up my route running and do something different every time," Hibbs said. "I call it 'elusive route running,' never letting the (defensive back) know what I’m going to do."

If he can impress in Hawaii, his efforts could lead to an invite to an NFL camp as a free agent this summer. Hibbs would be ecstatic if any team signed him, but there is one team that stands out above the rest: the team that turned lacrosse player Chris Hogan into an NFL receiver and made an All-Pro receiver out of former Kent State quarterback with Julian Edelman.

"I would have to say the New England Patriots," Hibbs said, "just because they have that history of these younger guys coming in either unsigned free agents or these small Division III or Division II schools."

A camp invite could come early for Hibbs as NFL teams spend the offseason trying to find hidden gems at places like the Hula Bowl. He could also work his way into a roster spot on a team in the Canadian Football League or the XFL. Regardless, Hibbs said he’s ready if anyone calls, and he won’t have to travel as far as Australia or Hawaii to continue his gridiron career.