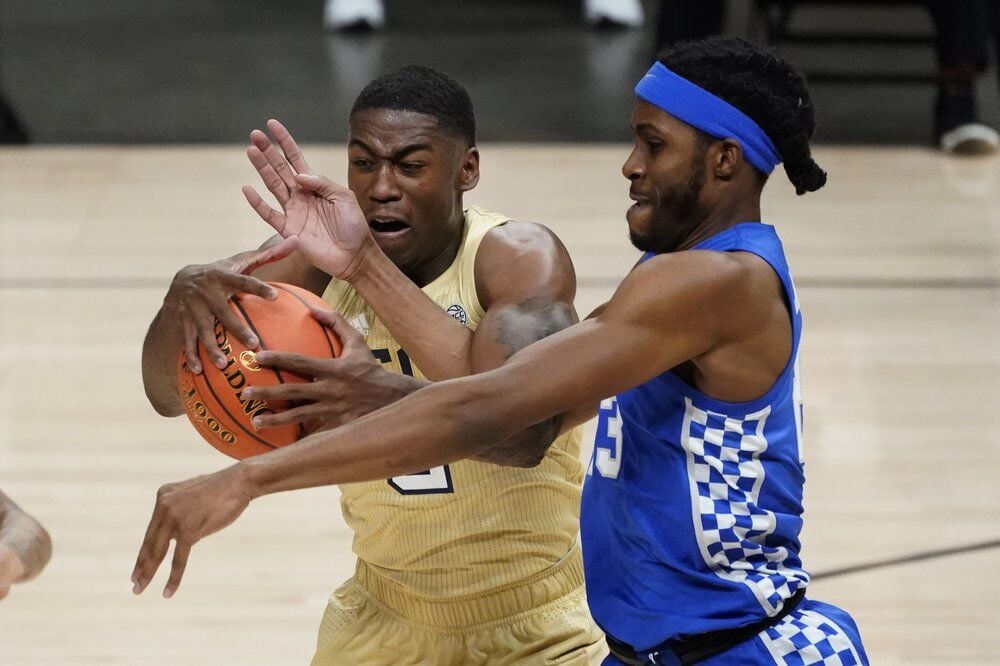 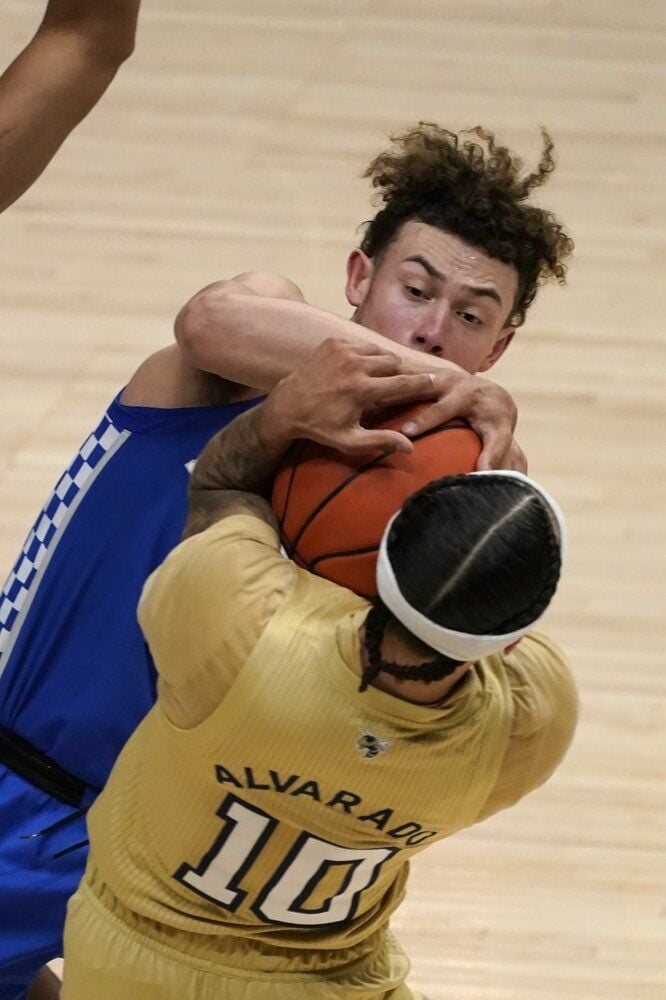 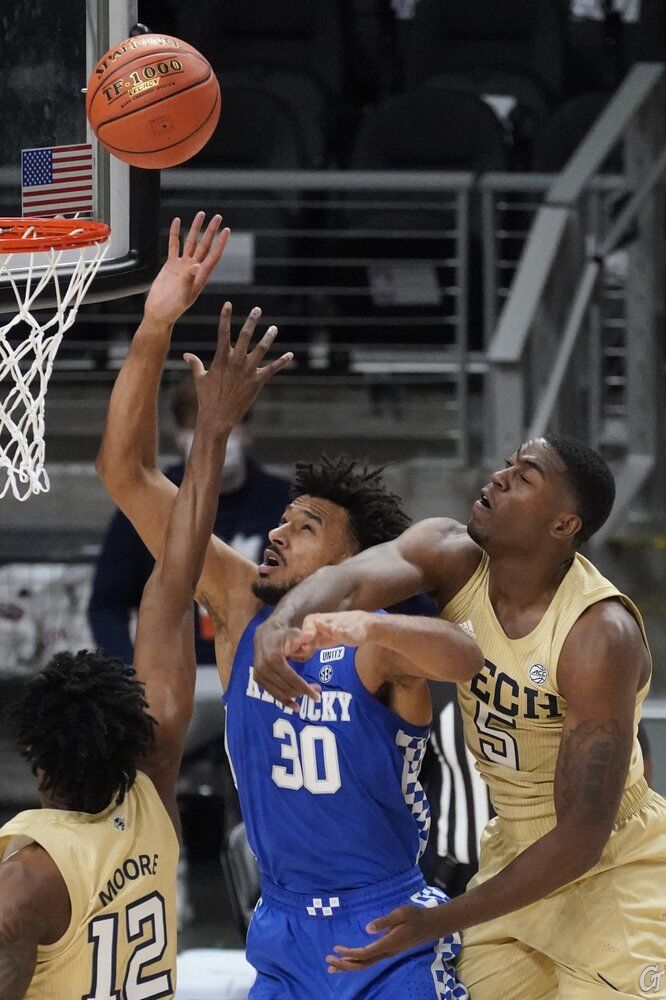 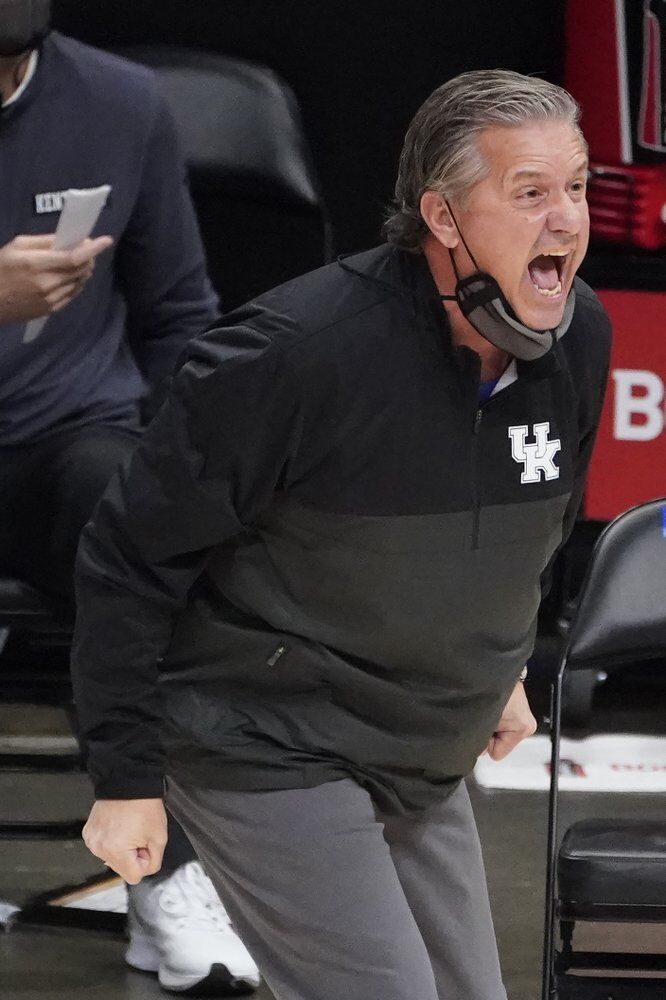 Kentucky head coach Jon Calipari yells to his team on the floor during the first half of an NCAA college basketball game against Georgia Tech, Sunday, Dec. 6, 2020, in Atlanta. (AP Photo/John Bazemore) 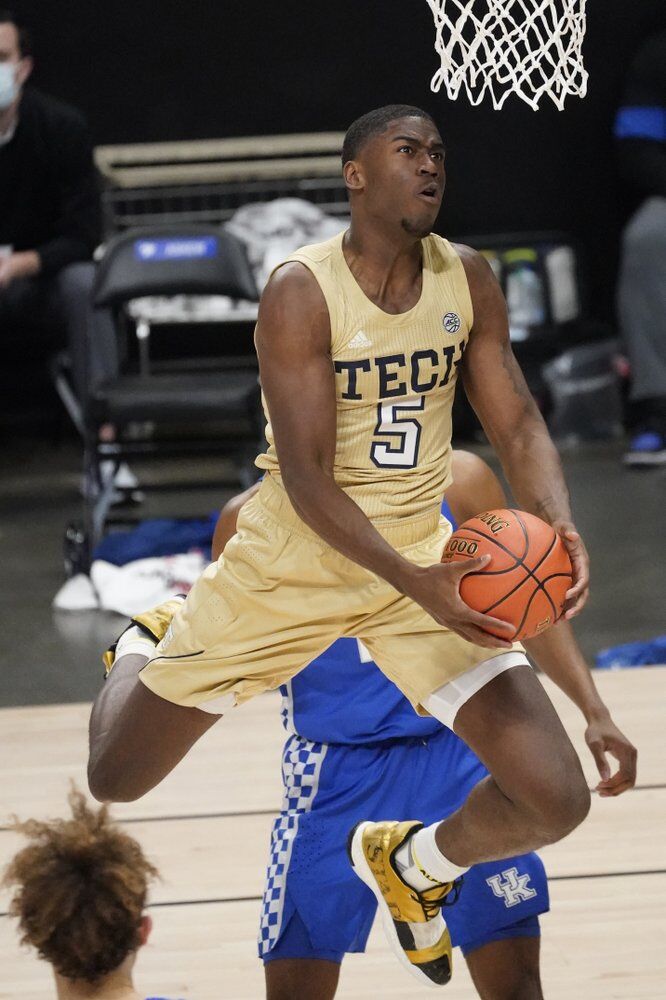 Kentucky head coach Jon Calipari yells to his team on the floor during the first half of an NCAA college basketball game against Georgia Tech, Sunday, Dec. 6, 2020, in Atlanta. (AP Photo/John Bazemore)

LOUISVILLE, Ky. (WDRB) -- Turnovers doomed the Kentucky basketball team in the No. 20-ranked Wildcats' 79-62 loss to Georgia Tech on Sunday in Atlanta.

Kentucky (1-3) committed 21 turnovers, which the Yellow Jackets turned into 33 points, en route to its third consecutive loss. Georgia Tech (1-2) swiped 15 steals and turned the ball over only six times in 40 minutes.

Tech also outscored the Wildcats 36-20 in the paint.

Kentucky led 22-20 before the Yellow Jackets gained the advantage with a 13-0 run. Tech senior Moses Wright had a reverse layup and free throw for a 3-point play during the run. Wright caught a pass from Michael DeVoe before briefly losing control under the basket before making the reverse shot over his head off the backboard.

The Wildcats trailed 34-27 at halftime. A floater by freshman forward Isaiah Jackson cut Tech's lead to 45-42 early in the second half, but the Yellow Jackets answered with an 11-0 run, including back-to-back baskets by Bubba Parham, to push the lead back to double figures.

John Calipari's team allowed Georgia Tech to shoot 62.1% from the field after the break to pull ahead for the 17-point win.

Kentucky freshman guard Terrence Clarke led all scorers with 22 points. Fellow freshman Brandon Boston Jr. was the only other UK player to break double digits with 11 points. Boston and Clarke combined to make 6 of 11 3s, but the Wildcats had too little help on long-distance shots.

The Wildcats, who will likely will be bounced from the top 25 after their second loss by double figures, are scheduled to next play Dec. 12 against Notre Dame at Rupp Arena.

KDF: Thunder Over Louisville to take place in 2021, but festival will look 'very different'