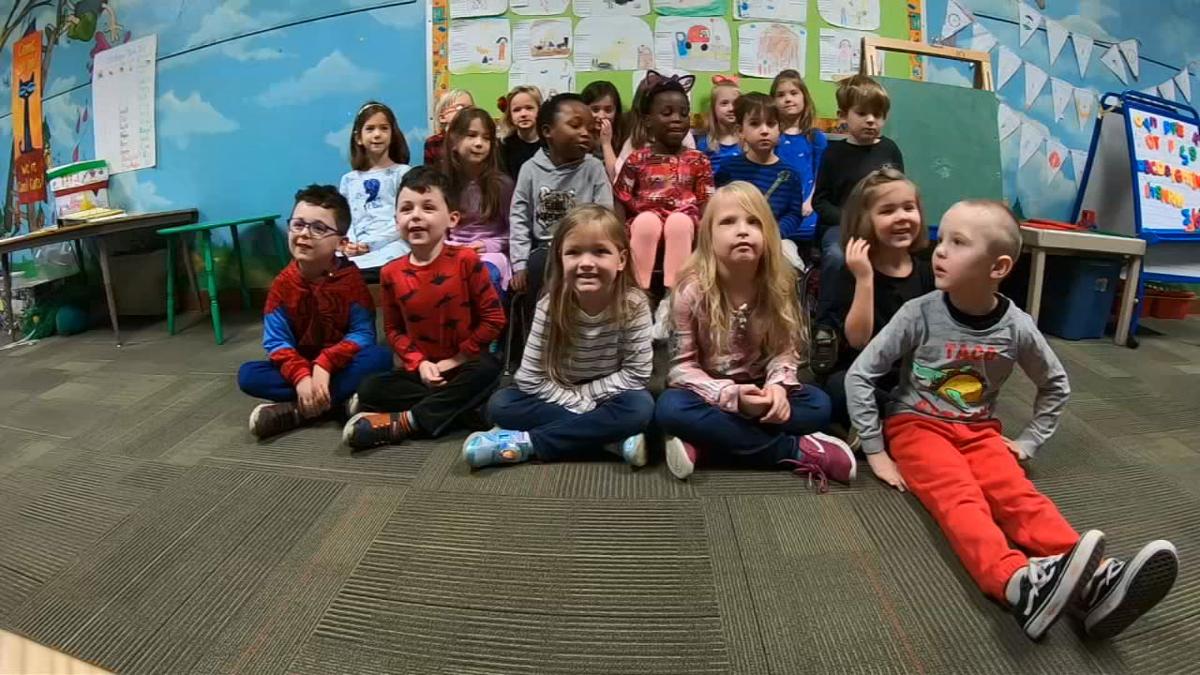 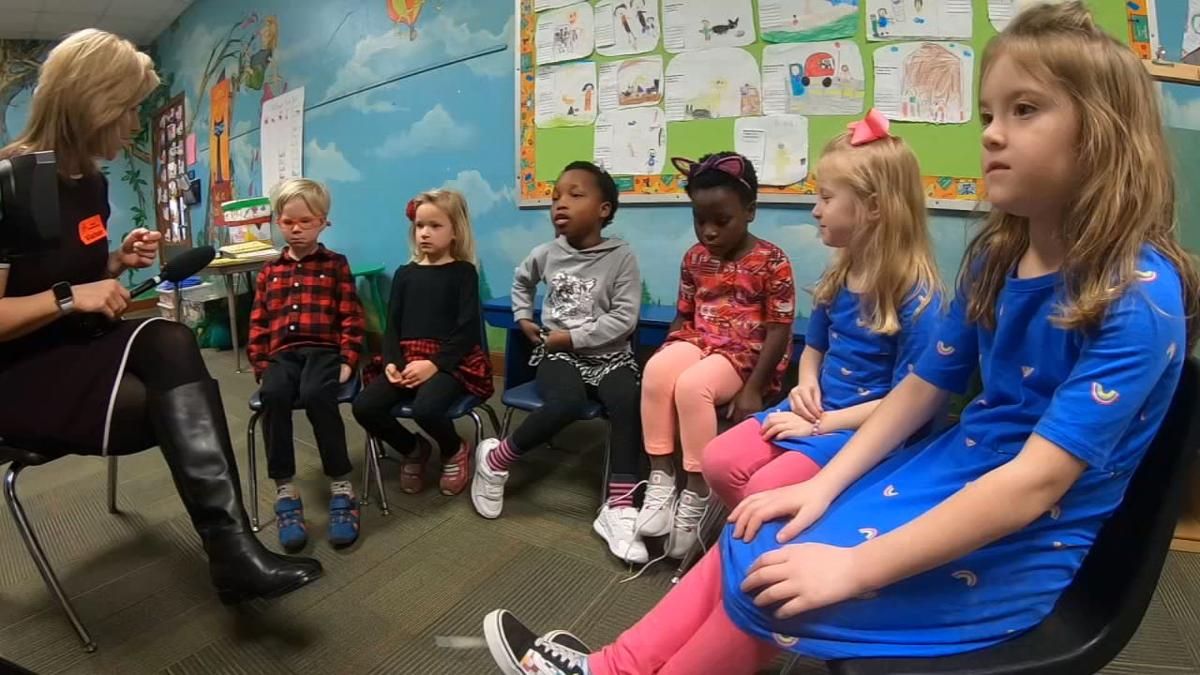 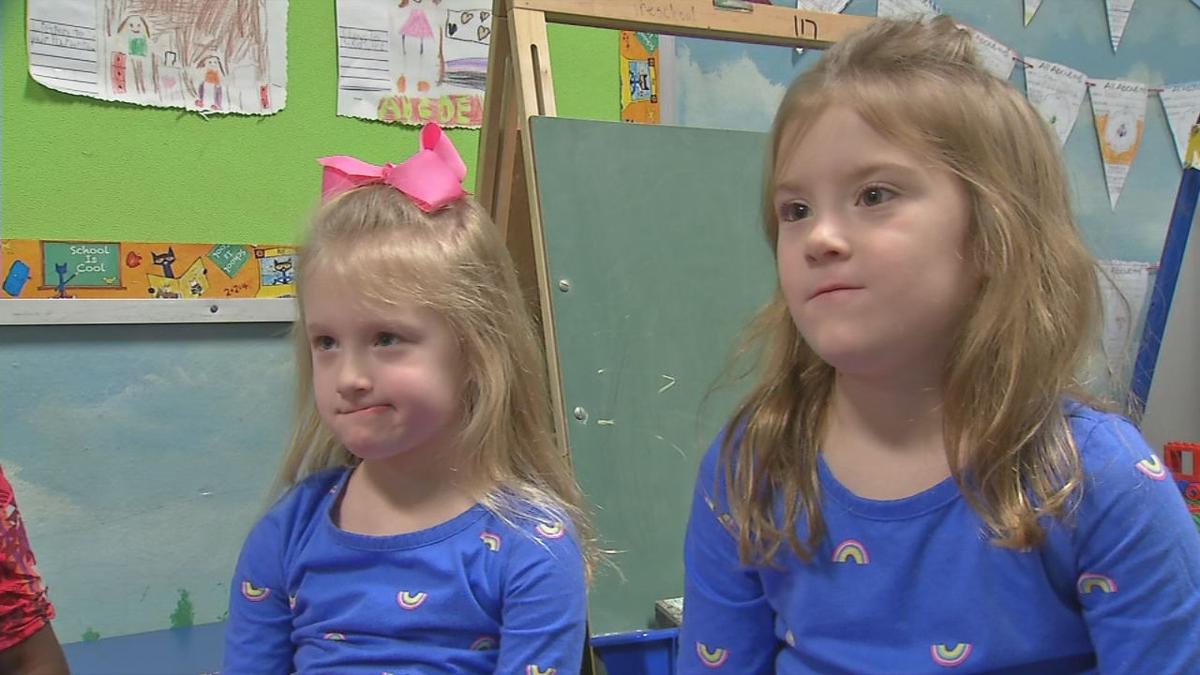 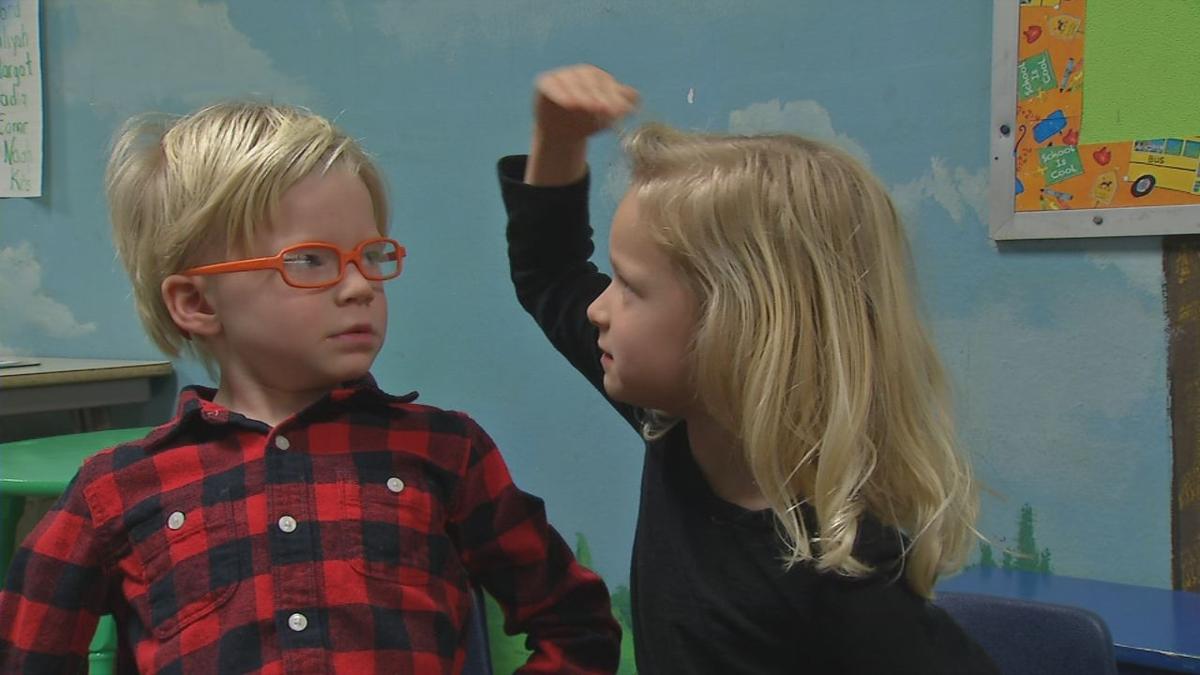 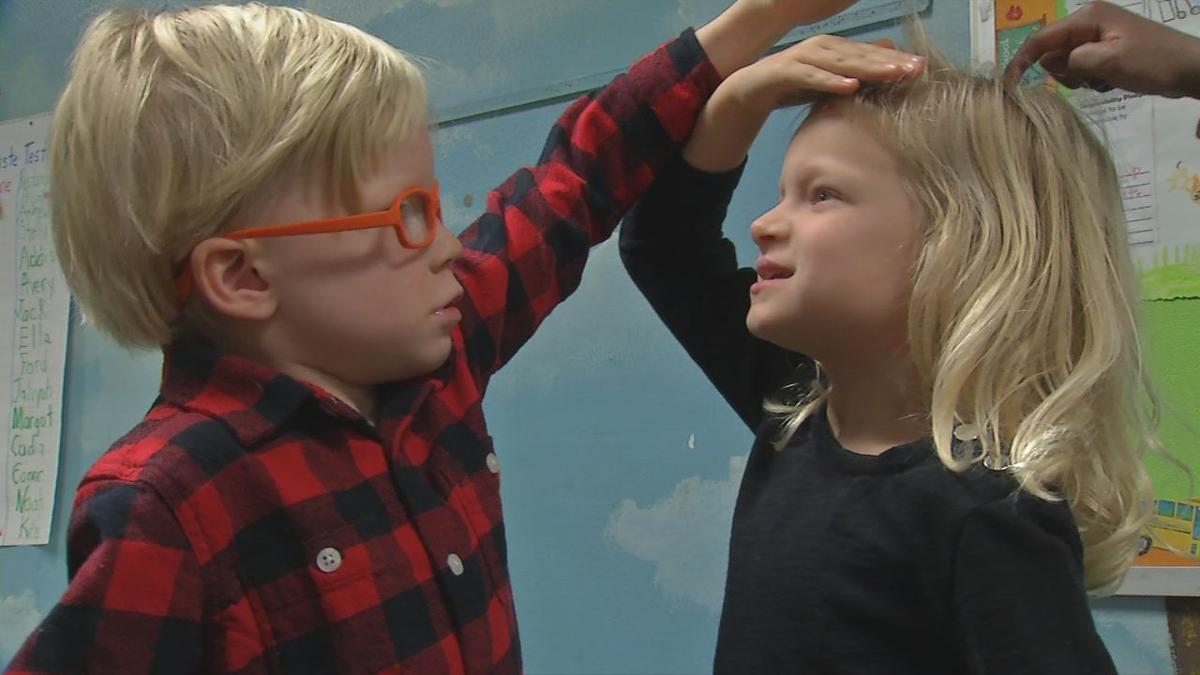 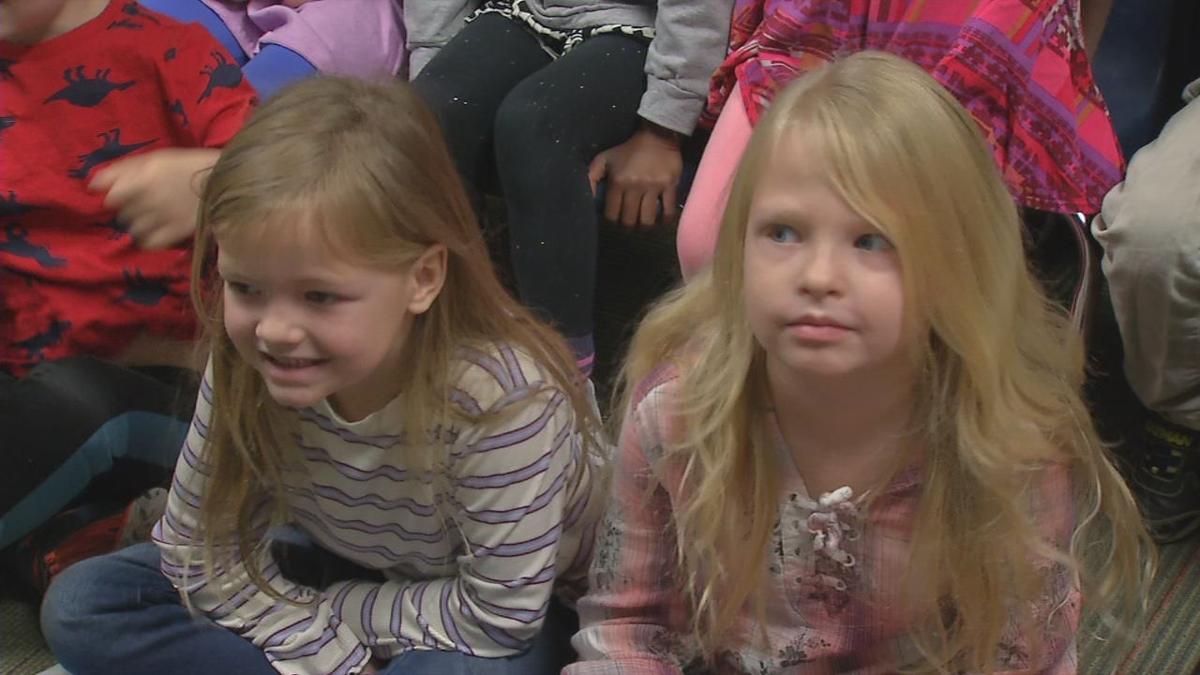 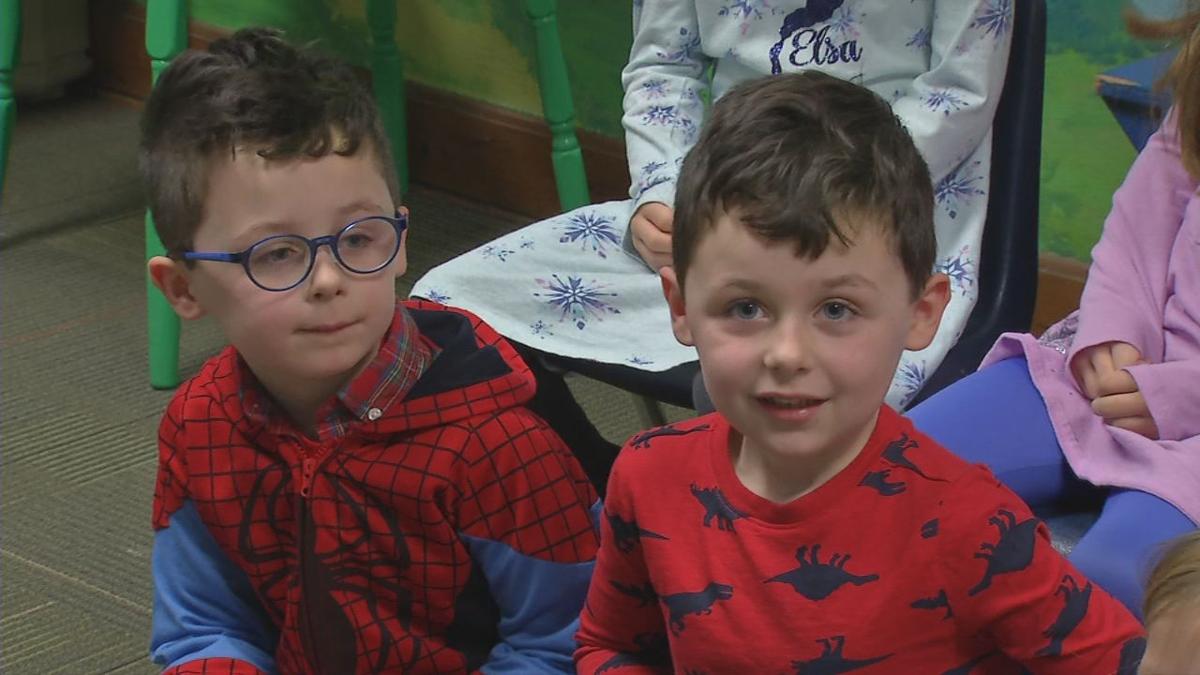 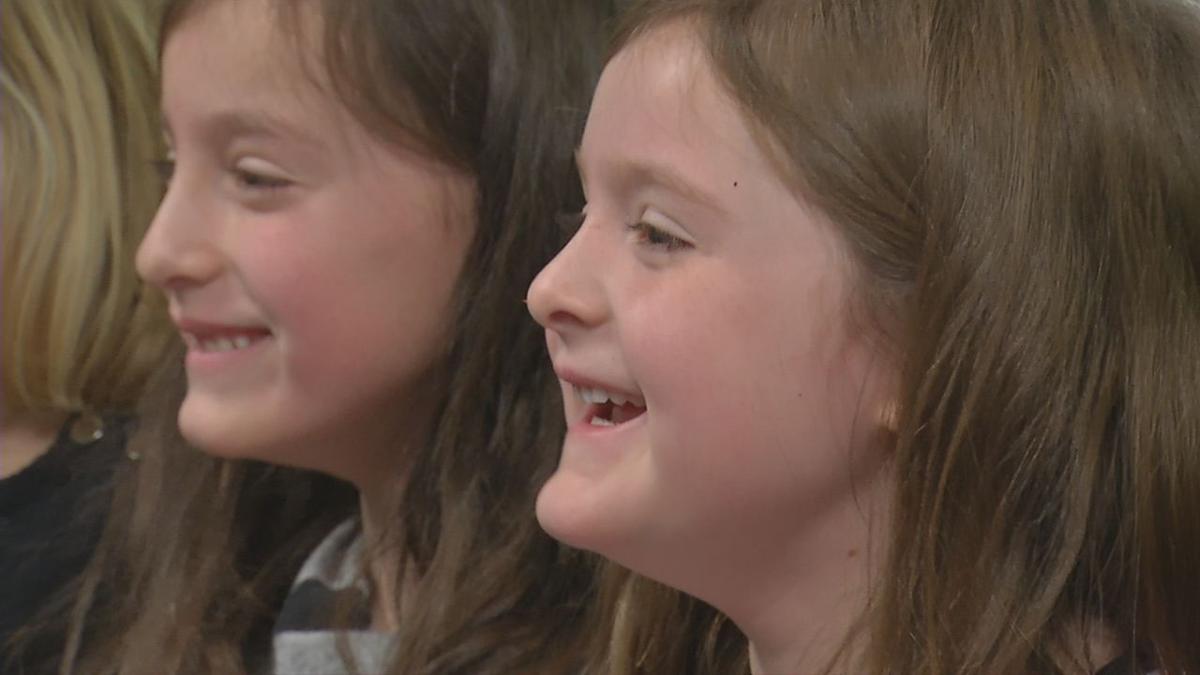 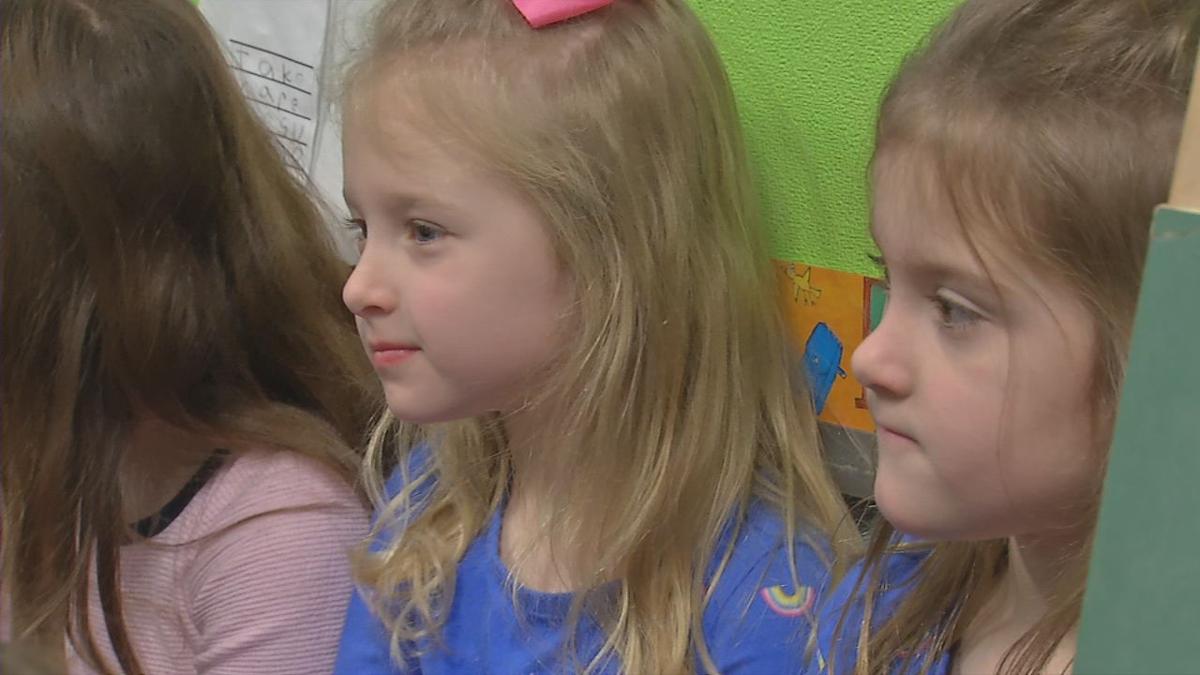 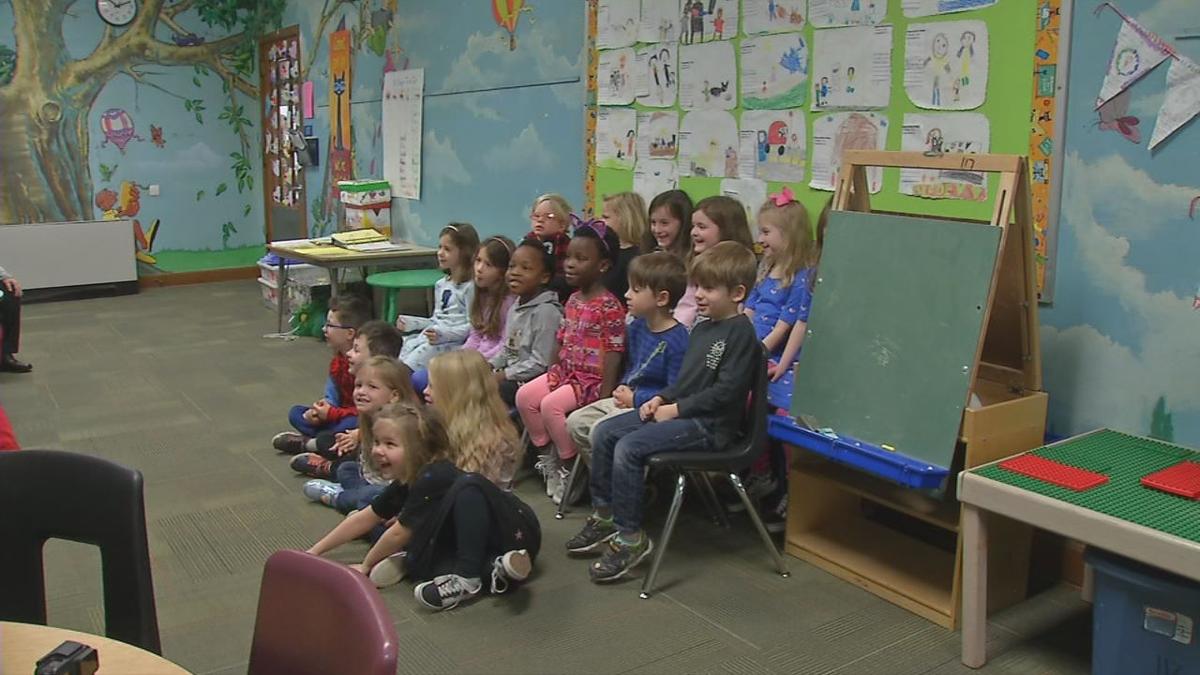 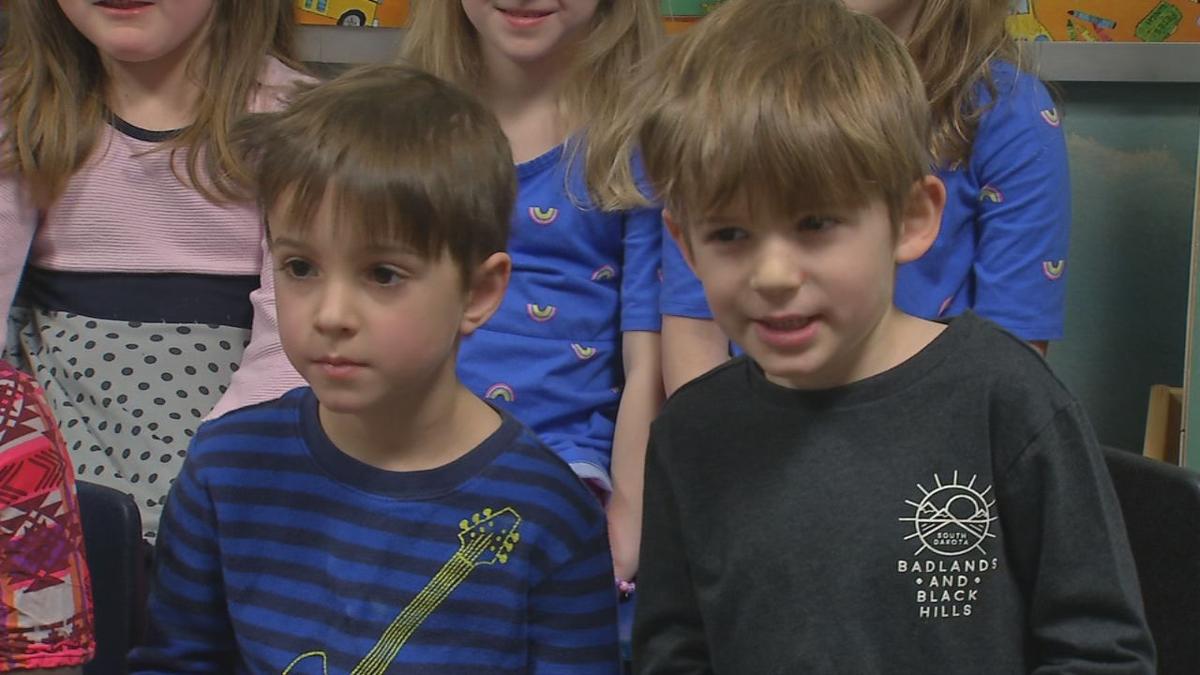 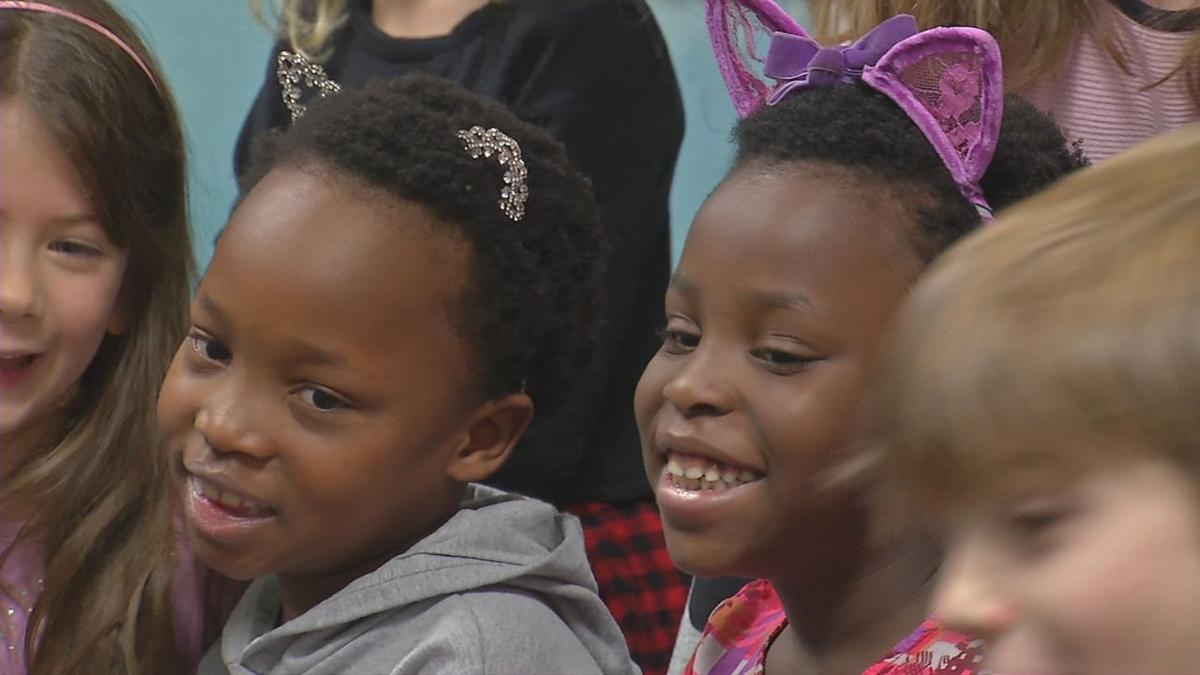 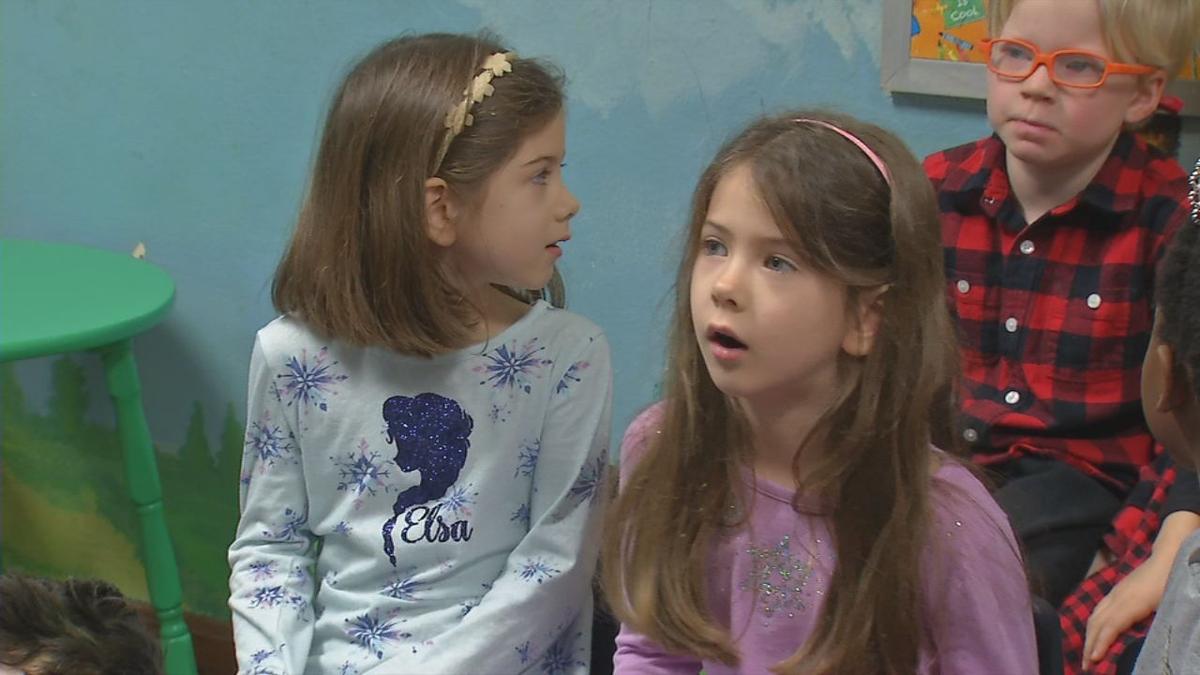 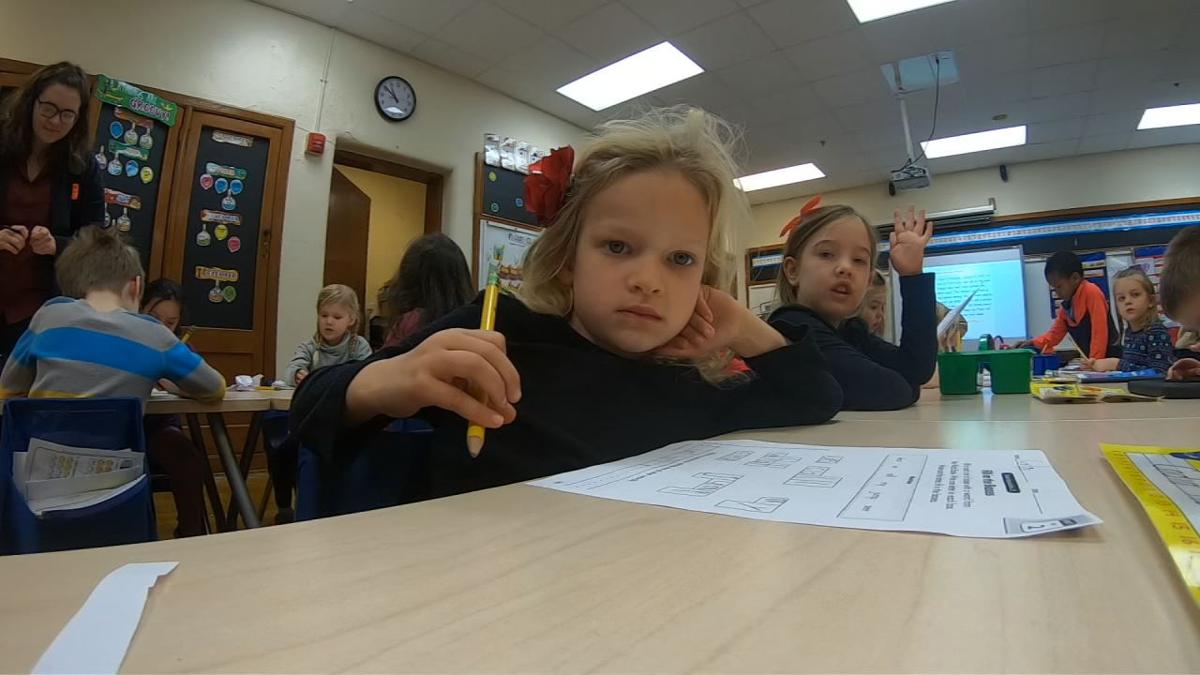 LOUISVILLE, Ky. (WDRB) -- A big snowstorm? Maybe there's something in the water. Those are a couple of explanations a JCPS elementary school gives for having enough twin students for two baseball teams.

Students and staff at Field Elementary have been seeing double since orientation and the beginning of this school year.

"We were seeing more and more duplicate names, and at that point, that's when it started to occur to us, this is starting to get unusual. We were counting, and we're up to like four sets, five sets, six sets. By the time it was all said and done, it was nine sets of twins," says Deborah Rivera, Principal at Field Elementary.

All of them are in kindergarten.

"Well, my eyes are blue, and her eyes are a different color," Caroline said.

It's not exactly a walk in the park trying to talk to 18 five and six-year-olds.

The twins are split up into three classrooms.

"Some like to be together, and some definitely want their own me-time. I think that's what parents use to decide whether they want them together or not," Rivera said.

Twins account for over three percent of live births in the US, according to Verywell Family. At this elementary school, twins make up about a quarter of the kindergarten class.

"The staff kind of jokes now because we're butted up to the property of the [Louisville| water company. People usually say, 'Oh, must be something in the water,'" Rivera said.

"Most everybody can tell them apart from the front now, but sometimes from the back, you might make a mistake. So, you have to get them to turn around to figure out who they are, but it gets easier as you get to know them. Kindergarten is hard, it's their first year here," Rivera said.

It's the beginning of a long journey at this school for the twins and one for the record books at Field Elementary.

Field Elementary also has two sets of twins in the second grade. That's a total of 11 sets at the school.