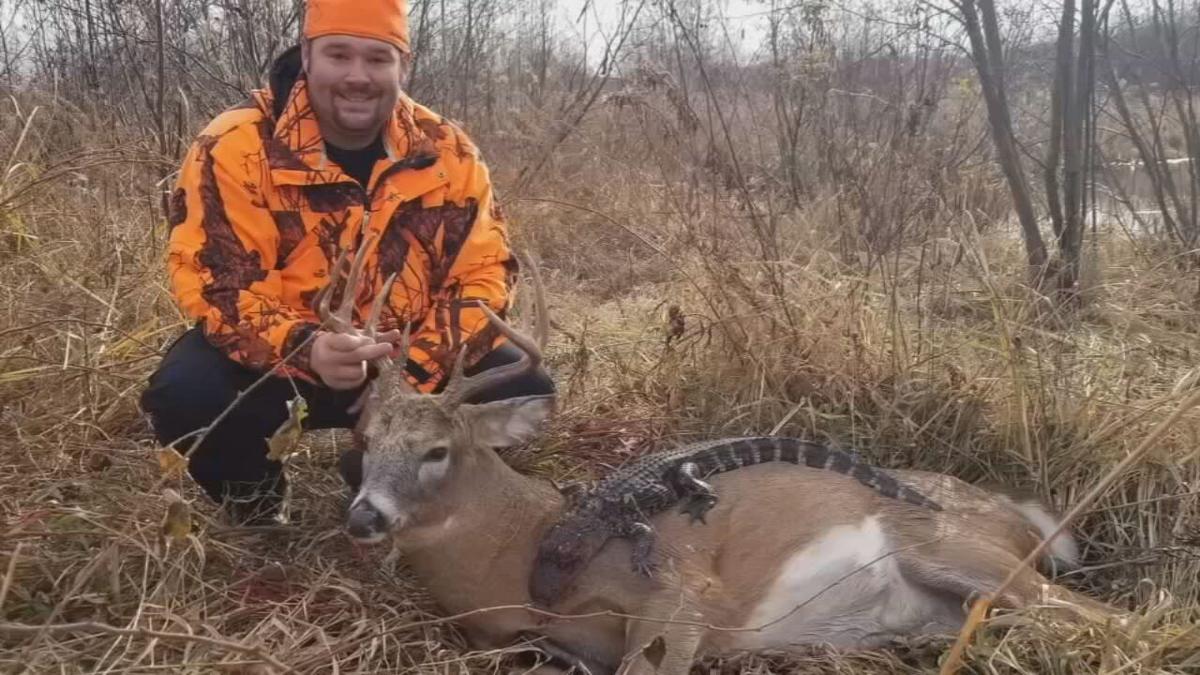 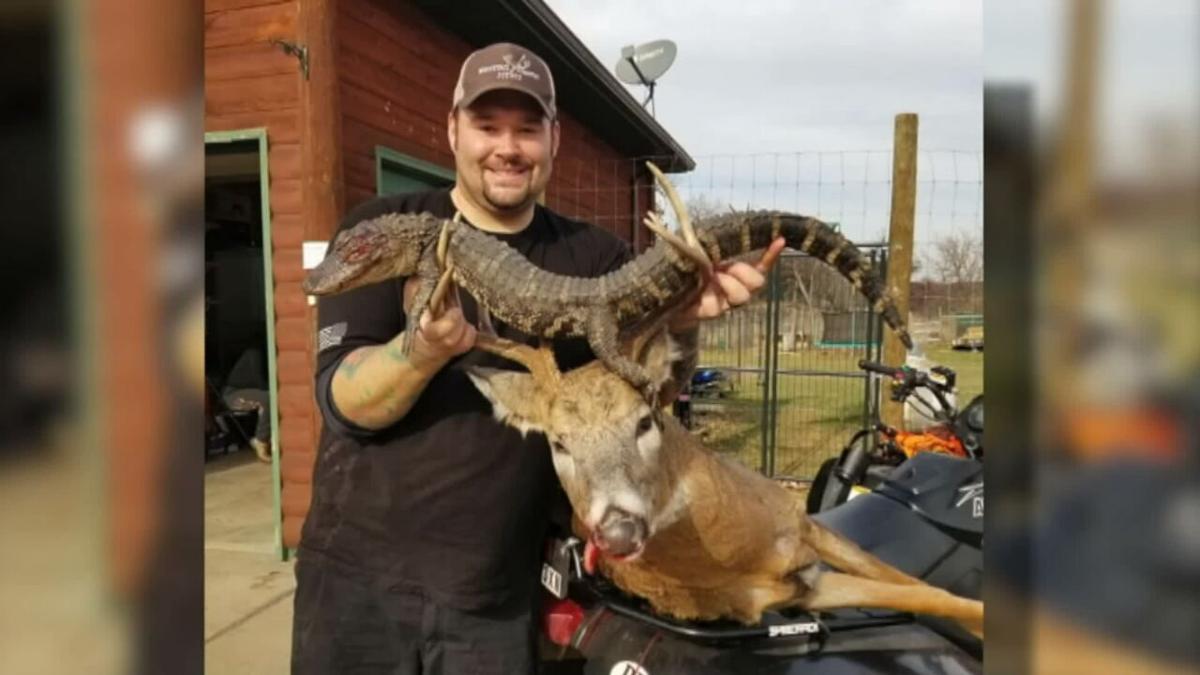 (FOX NEWS) -- It was the prize – and surprise – of this hunter’s lifetime.

2020 has been a wild year, and the great outdoors are no exception. A Minnesota deer hunter got more than he bargained for when he crossed paths with an alligator and got the OK from officials to shoot. Now, the outdoorsman plans to mount the gator with the buck he harvested during the unforgettable outing.

Cory Klocek was out hunting in East Bethel on Saturday, the opening day of firearms deer season for the state, Fox 9 reports. Klocek was tracking a deer around a pond when he spotted a 3-foot gator, about 10 feet away. He contacted the Minnesota Department of Natural Resources (DNR), and a game warden gave permission to shoot.

Reacting to the reptile, the hunter said he first thought it was “a prank.”

"That’s not something you see and then I thought ‘Maybe it’s rubber, it’s fake’ and then he moved,” the Zimmerman man told Fox 9. “I said ‘Nope that’s a real live alligator in Minnesota in November.’”

On Facebook, Klocek speculated that perhaps the animal had been kept as a pet and released into the wild when it got too large.

“No clue how it got there, or why… either way, only in 2020 can you go out to sit for deer gun season opener in Minnesota and shoot an alligator,” he wrote in a now-viral post that’s been shared over 49,000 times. “I'm still at a loss of words lol.”

Some criticized the hunter for shooting the gator, while others marveled at the turn of events.

“That is the craziest hunting tale I have ever heard,” one commenter declared.

Defending his decision, the hunter told WCCO-TV that alligators are realistically “an invasive species in Minnesota.”

A spokesperson for the DNR told Fox News that while much remains unknown, the alligator would not likely have survived the winter in the North Star State.

"We don’t know the background of this particular animal, but the DNR from time to time receives reports of reptiles such as alligators and caimans in Minnesota," an official said on Monday. "These often turn out to be pets that were turned loose or escaped from their owners."

"We urge people not to do this, for several reasons: these animals are not native to Minnesota and would be unable to survive the winter, which is right around the corner. In addition, we don’t want these invasive animals to disrupt our native ecosystem," they explained. “Rather, people who have pets that are too big should consider surrendering them, if possible."

Now Klocek plans to mount the gator with the 10-point buck he shot on that fateful Saturday.

"This is one of those stories that's going to be told in my family for generations, you know?" he said.