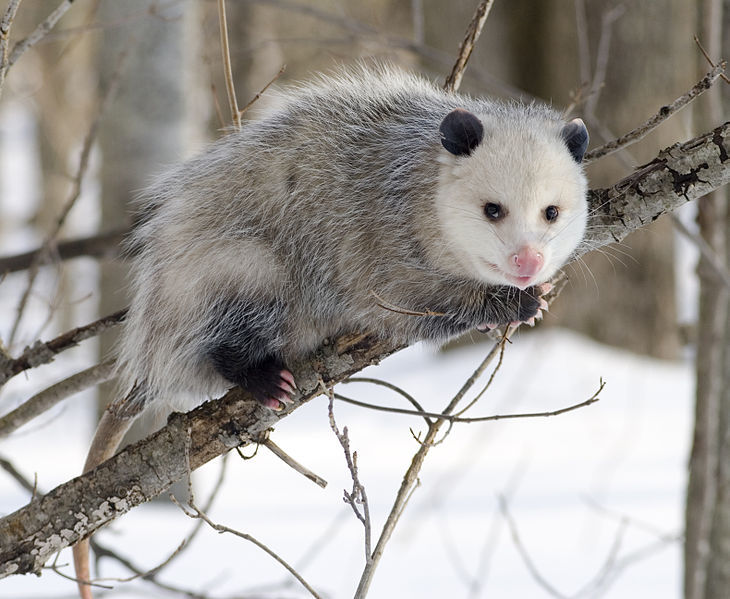 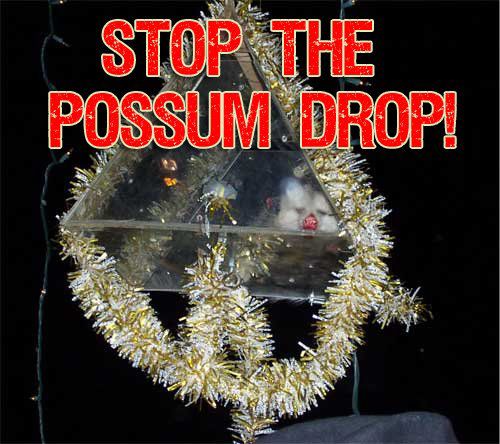 Pictured: a photo from the Stop the Live Possum Drop Facebook page.

Pictured: a photo from the Stop the Live Possum Drop Facebook page.

Started in the early 1990s as a "redneck response" to the Times Square ball drop in New York City, the Possum Drop has boomed and attracted hundreds of revelers each New Year's Eve to watch a live opossum lowered in a plexiglass box at the stroke of midnight.

But now Fox News reports the drop, held about 350 miles west of the state capital, Raleigh, has become a cultural flashpoint in a rapidly urbanizing state. Animal-rights groups and online petitioners said it is cruel to hang a shy, nocturnal animal in a brightly lighted box over a cheering crowd, amid fireworks and muskets.

The celebration has gone through numerous changes over the years. When festival founder Clay Logan retired, it moved to Andrews last year from neighboring Brasstown, where it began in a country store that functioned as a community center. Logan couldn't be reached for comment.

Mayor Reid said his goal was to keep a tradition alive and attract tourists to help his town’s economy. But he said he is tired of his voice mail filling up with protest calls, so the stars of the show in Tuesday's New Year's Eve party will be a pro-wrestling match and a womanless beauty pageant.

"Times are changing," Reid said. "Our plan is to have an awesome party and not have any live animals involved whatsoever."