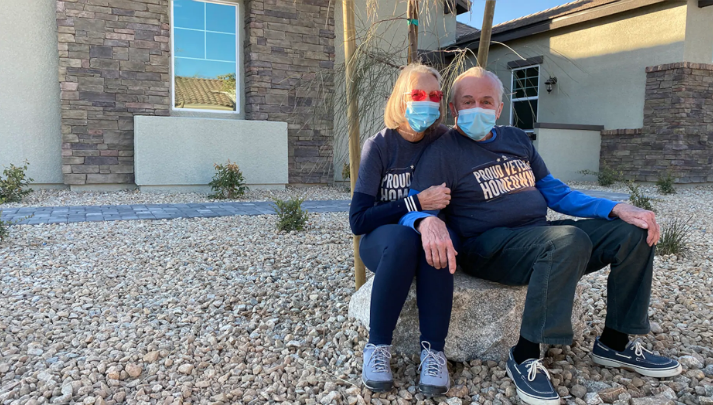 Dennis, through Veterans United Home Loans, is using his home loan benefit for vets to build a dream home for Diane. (Courtesy Dennis and Diane Reynolds) 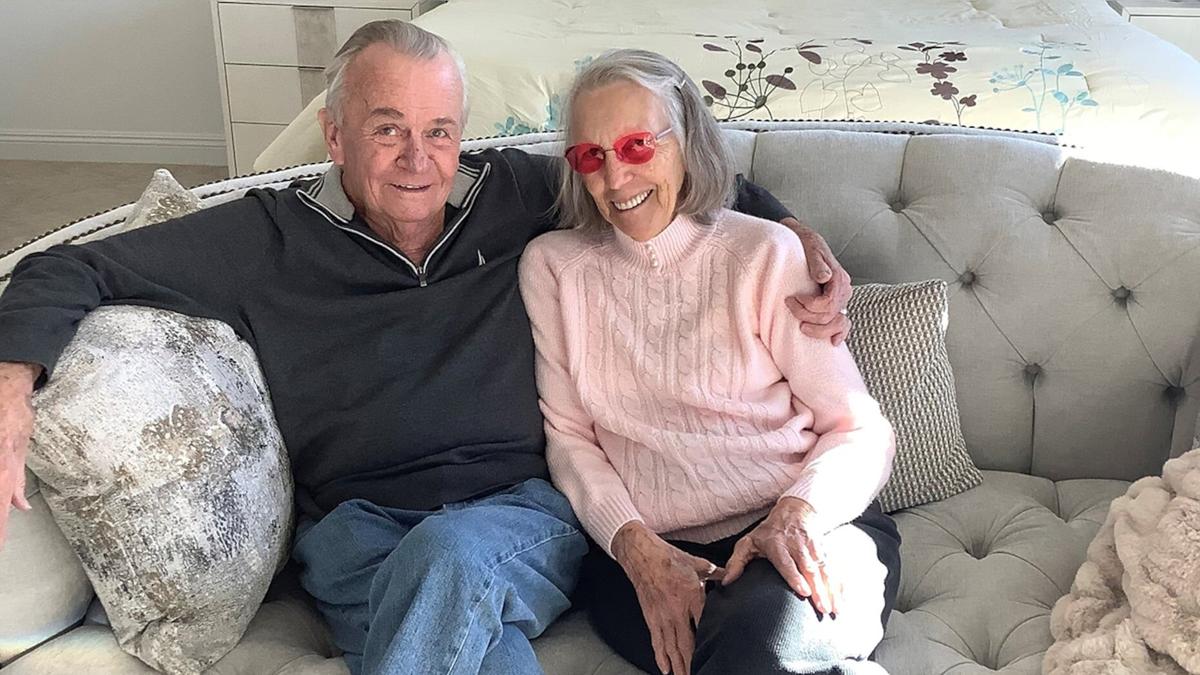 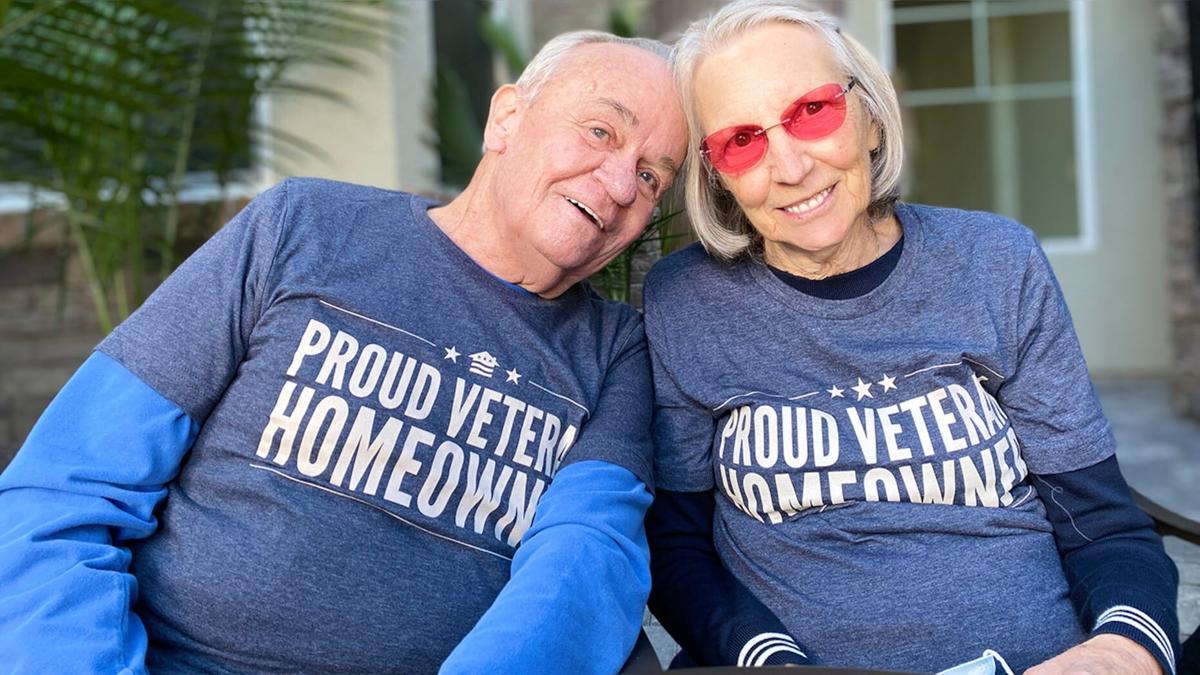 After 59 years, the couple, both  77, finally reunited for good, after a lifetime of fate happy and sad, joyous and bittersweet. (Courtesy Dennis and Diane Reynolds) 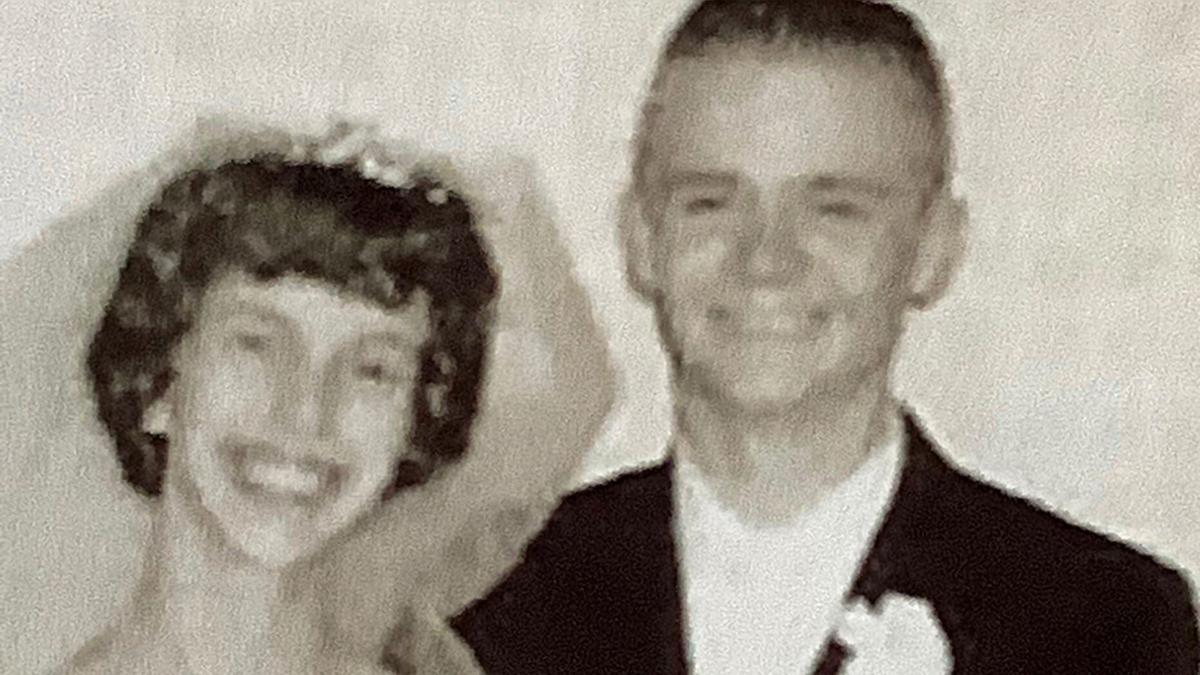 Dennis, through Veterans United Home Loans, is using his home loan benefit for vets to build a dream home for Diane. (Courtesy Dennis and Diane Reynolds)

After 59 years, the couple, both  77, finally reunited for good, after a lifetime of fate happy and sad, joyous and bittersweet. (Courtesy Dennis and Diane Reynolds)

After 59 years, the couple, both 77, finally reunited for good, after a lifetime of fate happy and sad, joyous and bittersweet.

Dennis and Diane met at Sun Valley Junior High in San Fernando Valley of Los Angeles, when they were 13-years-old.

Diane liked his Oregon accent and Dennis had a crush on her.

"For me, it was love at first sight," Dennis said to Fox News. "I think Diane was curious because I was a hillbilly from Oregon."

"He had a cute accent," Diane added to Fox News. "I mean, we were only kids. We were like 13. We were going steady when we started to see each other – that was a big deal then, you know?"

On Nov. 11, 1961 — five months after they finished high school — Dennis and Diane got married at 18-years-old on Veterans Day.

However, in hindsight, they may have married too soon — they divorced in 1965, very much still in love, after drifting apart in their four years of matrimony.

'With me, after Diane and I divorced, I married a woman that I had met when I was five years old, but we hadn't interacted over the years. I married her, and we were married for 31 years, and she died in 2000," said Dennis. "Then I married about for the third time, and I lost her about three years ago to cancer. After about a year or so of being by myself, you know I had family and my kids, but I was lonely."

"During the time we were separated, we both remarried, I had all of my children - it was busy times," added Diane. "I didn't think of Dennis to tell you the truth; I didn't have a warm heart to him. But, he melted my heart with his goodness and his kindness, and that just impressed me, it impressed me so much."

Dennis and Diane had two sons, but both men met tragic fates. Curtis, born June 1962, died at age 38 in 2001 after multiple surgeries because of injuries sustained in a military mission; Keith, born December 1963, committed suicide at age 25 in 1989 after he contracted AIDS.

They didn’t really keep in touch outside of the trauma about their sons.

"Well, I didn't at all," said Diane about missing Dennis. "We were both married to different people and were busy. I had six kids, and we were both busy in different avenues. So, it was kind of exciting to get back together and fill in all of those gaps. During those 50 years, we were both in different directions."

"And in different states," Dennis added.

"And also, I think we both blossomed. Neither of us had great childhoods, and I think Dennis and I bonded when we were young probably because of that," said Diane. "In those days there was no Oprah, there were no talk shows, there was no way of knowing what's normal and what's not."

After a lifetime apart, they finally got back together.

In July 2019, Dennis made a checkup call to Diane.

A few phone calls led Diane to fly to Las Vegas for a visit of four days.

"Her daughter lives about a mile and a half from where I lived, and Diane and I have grandkids together," said Dennis. "Our oldest granddaughter came down to see her Aunt Wendy, which is Diane's oldest daughter, and we went to lunch a few times, and then Diane's son came out, and then Diane came out to visit."

"I came out to visit my daughter, and she was working all day, so Dennis wanted to take me out to lunch, and I said, 'Sure,'" said Diane. "So, we went to the Strat, The Link, and they took pictures of us there. I wasn't quite into it because I felt a little bit awkward. It turned out nice.

I was there for four days. So, each day we did something together because I had nothing to do, my daughter was at work all day. I was having a grand ol' time, and so was Dennis."

"She was setting me up is what she was doing," said Dennis.

"It was just plain good fun, and it was nice," said Diane. "It was nice we got to talk about the people that we knew and what they were doing now. Kind of fill in a few of gaps in time."

Those few back-to-back dates were enough.

Dennis and Diane remarried again on Veterans Day on Nov. 11 last year: the day of their original wedding anniversary 59 years ago.

"I think that we both matured and blossomed and learned a lot," said Diane. "We both were very successful for what we had been through. When we got back together, it was just wonderful because we had that simplicity again, and we had the money, the maturity that we could go out and do some fun things."

"I have a buddy and a friend to grow up with, and then here we are…all these years later," said Dennis.

Now their love story is ready for a new beginning.

For a late wedding and Christmas present, Dennis, through Veterans United Home Loans, is using his home loan benefit for vets to build a dream home for Diane.

The couple is proof: love is the answer.

"Never give up. You never know," said Diane. "And people maybe that are getting divorced now, perhaps someday in the future, they will meet. Here we are, at 77-years-old, getting married. We are both lucky that we are healthy enough to do a lot, go a lot, walk around, and just enjoy the world.

"I think if you let true love work, you'll find a way."