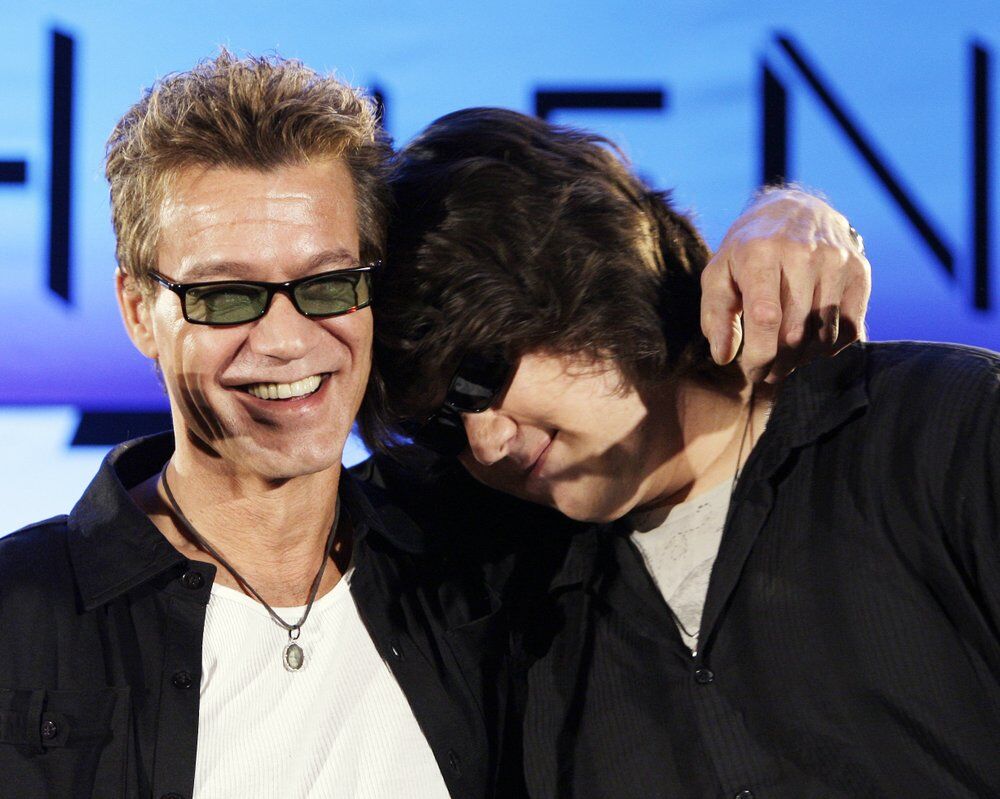 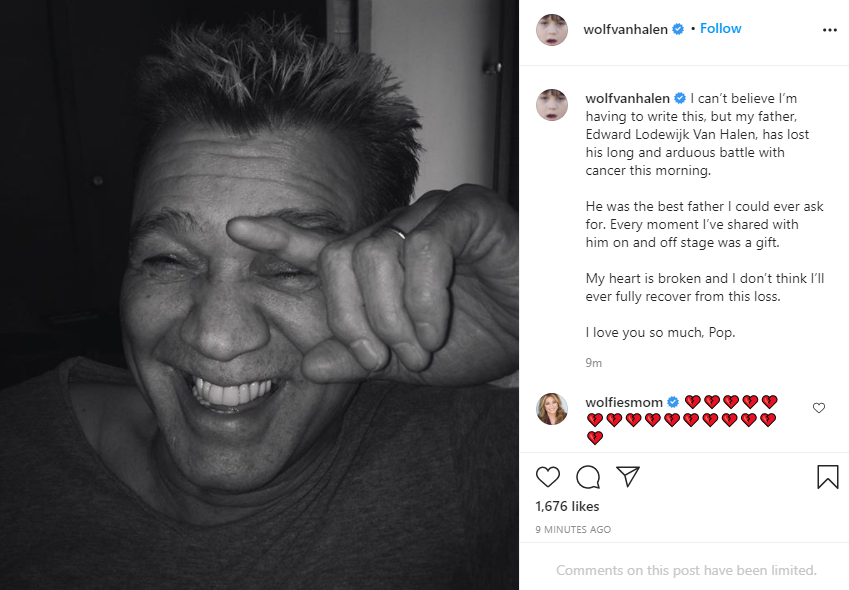 Wolfgang wrote the song while Eddie was battling cancer and in a statement on YouTube revealed, "As my pop continued to struggle with various health issues, I was imagining what my life would be like without him and how terribly I’d miss him."

"While the song is incredibly personal, I think anyone can relate to the idea of having a profound loss in their life. I never intended ‘Distance’ to be the very first piece of music people would hear from me, but I also thought my father would be here to celebrate its release. This is for him. I love and miss you, Pop," he added.

He recorded under the name Mammoth WVH, which is also a tribute to Eddie as the band Van Halen was originally called Mammoth.

The music video features the family's old home movies including footage of Eddie as a young parent, Wolf's mom Valerie Bertinelli, and the family playing instruments and on vacation together.

It ends with a heartfelt voicemail from the late rocker to his son: “I’m just so happy to have you as my son, man. I’m so proud of you. I love you so much. Call me if you get a chance. I just want to hear your voice.”

He told Billboard magazine in 2015 that he had one-third of his tongue removed due to cancer that had also spread to his esophagus.

“I used metal picks -- they’re brass and copper -- which I always held in my mouth, in the exact place where I got the tongue cancer,” he said at the time. “Plus, I basically live in a recording studio that’s filled with electromagnetic energy. So that’s one theory. I mean, I was smoking and doing a lot of drugs and a lot of everything. But at the same time, my lungs are totally clear. This is just my own theory, but the doctors say it’s possible.”

Wolfgang said at the time, "I can't believe I'm having to write this, but my father, Edward Lodewijk Van Halen, has lost his long and arduous battle with cancer this morning."

"He was the best father I could ever ask for. Every moment I've shared with him on stage and off stage was a gift," Wolf continued. "My heart is broken and I don't think I'll ever fully recover from this loss."

Eddie was a guitar virtuoso, whose blinding speed, control and innovation propelled his band, Van Halen, into one of hard rock’s biggest groups, fueled the unmistakable fiery solo in Michael Jackson’s hit “Beat It” and elevated him to the status of rock god.