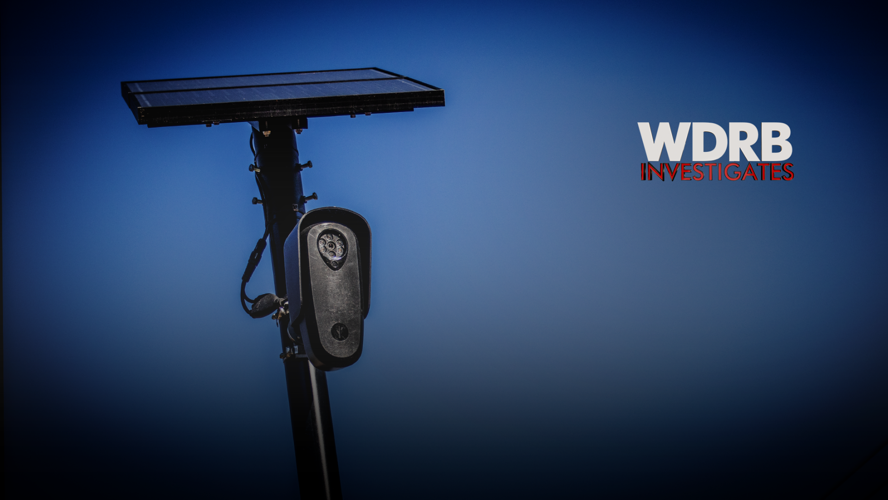 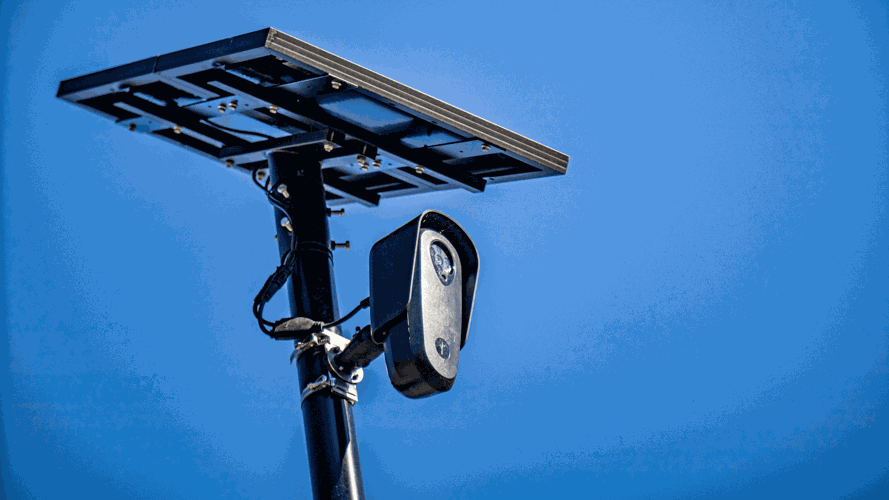 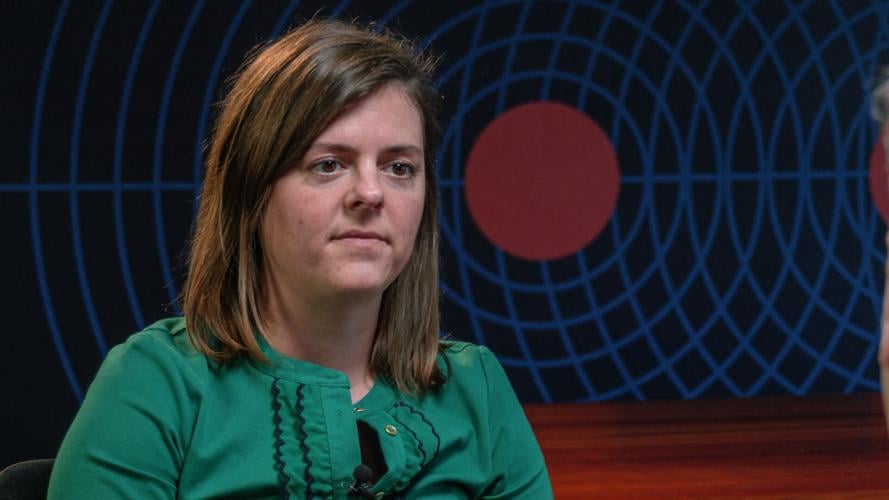 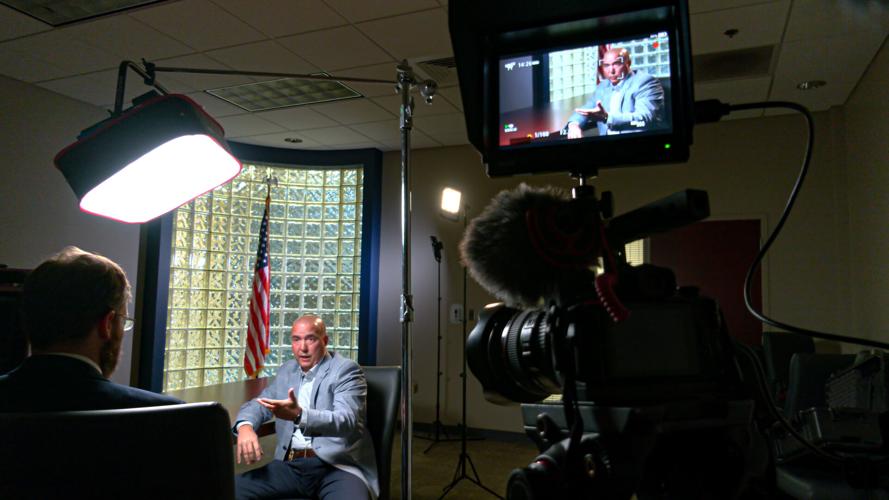 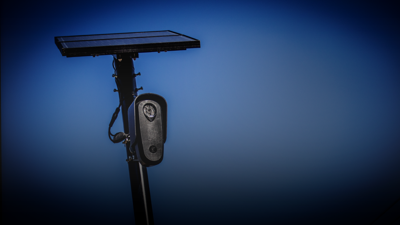 Some are doing it without clear policies.

ELIZABETHTOWN, Ky. (WDRB) -- In certain parts of this Hardin County city, police are working to install 20 cameras that will record every car in view. Officers will have access to photos showing not only vehicles' license plates, but unique details like roof racks and stickers and and how often a car passes by.

Elizabethtown officials experimented with automated license plate readers in the past but made another effort in the past year after seeing how other agencies have used them, said Maj. David Fegett, the police department's deputy operations chief.

The technology can link to the FBI's National Crime Information Center and other databases, helping police quickly identify stolen vehicles or a car carrying a missing person, for example. And it can be used in investigations where a vehicle's description may be among the only evidence.

Plans call for the Flock Safety cameras to be mounted along major roads leading into Elizabethtown in the coming months. Fegett said the program will be funded by $5,000 from the Lowe's hardware store and a $50,000 annual appropriation in the city budget.

"This is a force multiplier for a police department," he said. "There is not enough money in any budget across this nation that will allow for us to assign an officer to a specific location 24 hours a day, seven days a week. These cameras allow for that."

In adding the technology to its policing arsenal, Elizabethtown is joining a growing number of departments in Indiana and Kentucky with the cameras. Louisville and Lexington now use them, as do police in places from Madisonville, Kentucky, to Floyd County, Indiana.

But as law enforcement agencies in both states embrace the surveillance tools, there is little consistency in how vehicle data is handled, according to a WDRB News analysis of documents obtained under public records laws.

Some departments have rules requiring information to be purged after 30 days unless it's part of an investigation. Others don't. Some policies don't say what happens if criminal charges aren't brought. At least two departments — Clarksville, Indiana, and Hopkinsville, Kentucky, — have no policies governing the cameras.

Across the U.S., some state legislatures have sought to eliminate this patchwork approach by passing bills addressing the cameras and the data they collect. Kentucky and Indiana are not among them.

As a result, it's up to individual police departments to create their own policies, even as data routinely is shared across city and county lines.

Privacy and civil liberties advocates long have raised questions about license plate readers. In a 2019 filing with the U.S. Supreme Court, five diverse groups — from the Southern Poverty Law Center to the Institute for Justice — argued that the technology is "positively Orwellian" and lets anyone with access to the database "paint an intimate portrait of a driver's life."

Kentucky's Supreme Court ruled in a 2018 case that a man arrested by the Boone County Sheriff's Office's using a license plate reader "had no reasonable expectation of privacy," since his plate was displayed on a public street.

Besides concerns that police are gathering data on people who are not under investigation, there are questions about the "inconsistency" of policies themselves, said Patrick Eddington, senior fellow at the Cato Institute, a libertarian-leaning think tank that joined in the 2019 high court brief.

"If you have a jurisdiction — let's say a state — that doesn't have a clearly defined law or it's a poorly defined law, a poorly worded law, about when this kind of data can be collected and what it can be used for and who it can be transferred to or otherwise shared with, then you run the risk of having all kinds of violations ultimately take place," Eddington said.

In Elizabethtown, the city of nearly 32,000 about a 45-minute drive south of Louisville, officials are already planning for the inevitable growth from Ford Motor Company's $5.8 billion electric vehicle battery plant being built nearby. Fegett, who oversees the police camera program, acknowledges that some residents are apprehensive about more surveillance.

But he said the department will craft a policy governing license plate readers that includes "checks and balances" on their use.

"I can't stress enough: Flock technology is not about 'Big Brother.' This is not storing personal information about anybody," Fegett said. "It's not about getting people's locations and where they're at. This is an investigative tool."

Placed along streets or on police cars, license plate readers capture data for each vehicle that passes by. The information is then kept in an online database allowing officers to see a car's license plate number and state, along with its type and color and the date when the photo was taken.

The technology can identify unique features — like roof racks and stickers — and also lets police find out how often a vehicle has been seen over a specific timeframe.

It's not known exactly which police departments in Kentucky and Indiana use the readers. Associations representing police chiefs and sheriffs in both states say they don't track that data.

Police are quick to tout the benefits of the cameras. In Lexington, where the readers were installed in March, the technology has helped recover 99 stolen vehicles, locate 11 missing people, provide 39 investigative leads and charge 167 people, according to online data.

"It's been a tremendous help," he said, though the department didn't have available statistics.

Thomas said the demand for Flock's systems over since the company started five years ago has been "incredible."

"There's been an outcry about, 'We need more objectivity in policing, less subjectivity,' which is partly why we built our technology," he said. "We believe it's possible to do both things: increase our public safety and, at the same time, protect our civil liberties."

Flock automatically deletes data kept in cloud storage after 30 days unless it's part of an investigation or is bound by a shorter or longer retention period dictated in a state's law, Thomas said.

"We support good regulation and good ordinances to be passed in those places and we want to part of those conversations," he said. "However, I would argue that each community is probably going to be a little bit different and unique. And so it probably requires some local nuance in order to pass those effectively."

In Georgetown, Kentucky, for example, police require a periodic review to ensure officers are using the license plate database properly. Lexington police mandate such an audit four times a year. Owensboro's policy has no such requirement.

In northern Kentucky, the Florence Police Department's agreement with California-based Vigilant Solutions says license plate data will be kept based on the department's own retention policy. But it's unclear what that retention policy is. Florence officials have not responded to questions about it.

Hopkinsville, a western Kentucky city of about 30,000 near the Tennessee border, began using the cameras earlier this year but doesn't have rules in place for their use, said Royale Marfil, a police department spokeswoman.

"There's no policy in the making as far as other parameters for using the Flock system," she added.

The Kentucky League of Cities does not have a model policy on license plate readers for local police departments, but its policy committee plans to consider a version at a meeting in January, said Bryanna Carroll, the organization's public affairs director. Two police departments in Kentucky asked the organization this week about whether such a uniform policy exists, she added.

The department did not respond to several requests to speak with WDRB.

In neighboring Clarksville, town leaders began an experiment with Flock cameras last October. By March, police had attributed 38 arrests and 35 recovered stolen cars to the use of the new technology.

More than a year later, town officials said the program now is permanent. From October 19 to November 17, the cameras generated 689 alerts for police, city data show.

But there are no internal rules for the system.

Palmer added that information received and acted upon from the cameras is based on Indiana law and officers' training.

The Clarksville department did not respond to an interview request. Tim Hauber, a member of the Clarksville Town Council, said he's not alarmed that a policy doesn't exist.

"I really don't have a concern," he said. "We pretty much cover all the bases on issues like that. I'm sure Chief Palmer has it under control."

As WDRB was contacting other elected members of the council, Clarksville spokesman Ken Conklin emailed a reporter that "Town of Clarksville Administrators, Council Members, and the Clarksville Police Department will have no further comment on this matter."

Meanwhile, Kentucky and Indiana are not among the states with laws on license plate readers.

A bipartisan Indiana bill filed in 2015 would have prohibited police departments from keeping vehicle data for more than 24 hours unless it was related to a criminal investigation or crime, a missing persons or fugitive case, or it was obtained under a warrant.

The legislation died in a committee without getting a hearing. Former state Sen. Mark Stoops, a Democrat who co-sponsored the bill with former Republican Sen. Jim Smith, of Charlestown, said they were trying to address concerns that "without any kind of probable cause we're going to be kind of monitoring the population, keeping track of their data in an official sense."

No similar measures have been introduced in the Kentucky General Assembly, according to the state's Legislative Research Commission.

"I think that it would be very helpful for Kentucky to pass a quality law that puts in place standardized policies and procedures for the use of license plate readers across the state," said Kate Miller, advocacy director for the American Civil Liberties Union of Kentucky.

Miller said an ideal bill would reflect the concerns of "different stakeholders, including not just law enforcement, but the communities that will be most directly involved. I think that would be outstanding."

At least 16 states have enacted such legislation, according to data from the National Conference of State Legislatures.

A Nebraska bill signed into law in 2018 clarified which government agencies can use the scanners. Among other things, it required anyone manually searching a database to document their reasons and set standards on which records are available under the state's public records laws.

It also required government agencies using the technology to submit annual reports to the Nebraska Commission on Law Enforcement and Criminal Justice on their use and post those reports on the agency's website.

In pushing for the bill in a committee, chief sponsor Sen. Matt Hansen told lawmakers of documented areas of concern: a Boston database that was searchable through an unsecured website and a Canadian police chief who used the technology to harass a journalist.

"Thus, I believe that due to these concerns, the Legislature should protect citizens' privacy by both requiring proper database security and codifying the official uses of ALPR technology. ..." Hansen said, according to a transcript of his testimony.

Tennessee lawmakers in 2014 approved a bill that prohibits any government agency from keeping data from license plate readers for more than 90 days except when it's part of an investigation. The measure also mandated that the data must be destroyed if no charges are brought or once a criminal case concludes.

A law with similar requirements in Arkansas says data can't be kept more than 150 days. Legislators also required police departments to compile data that the public can review, including the number of scanned license plates and how many matches led to an arrest or prosecution.

Rep. Stephen Meeks, a Republican co-sponsor of the bill, said the intent of the bill was to "strike a balance between data privacy and still allowing the tool to be used."

"It's helped save lives," he said. "But at the same time, you don't want the state to amass this huge database because then all sudden ... that would allow the state to track you where you're going based upon when you pass these readers."