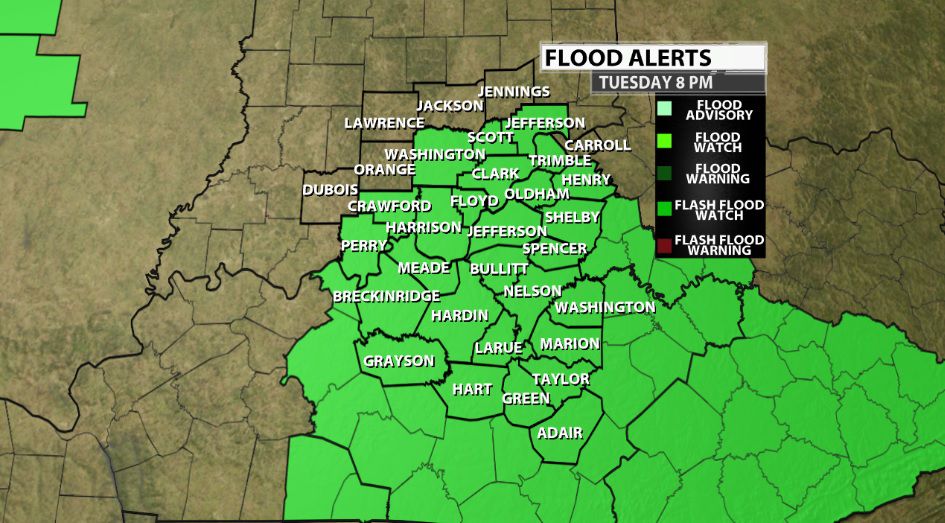 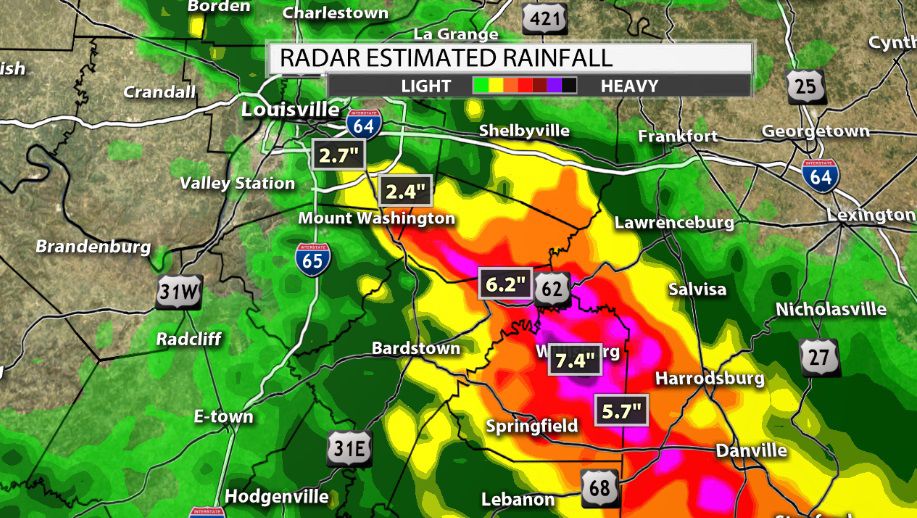 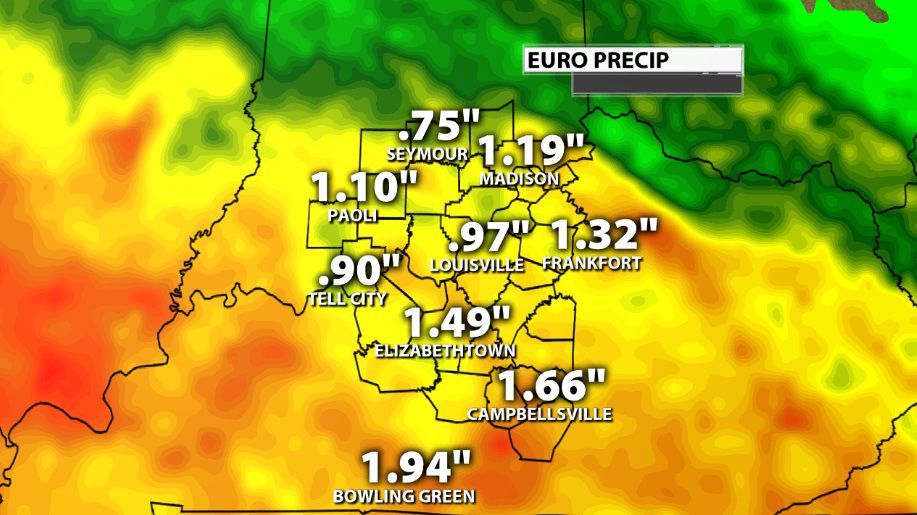 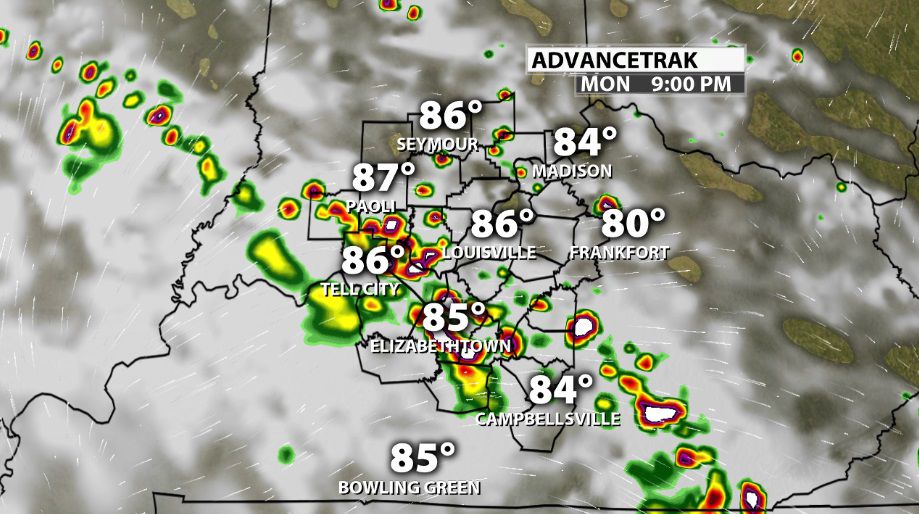 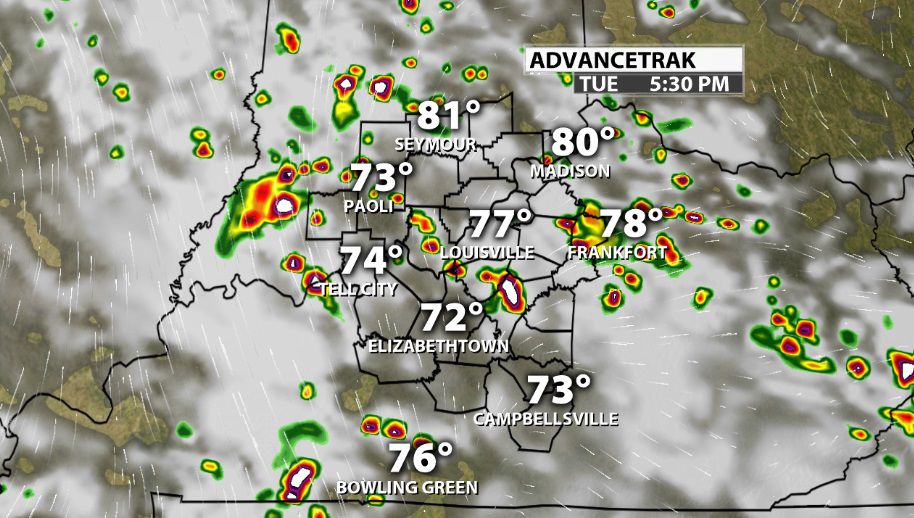 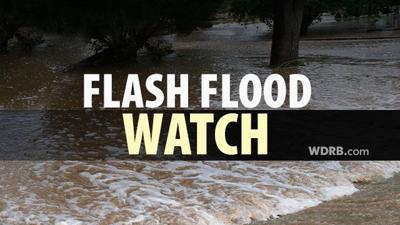 The Flash Flood Watch has been expanded and extended again as more rain is headed into already flooded communities. The Watch now includes more communities in southern Indiana and has been extended until Tuesday at 8 PM.

The Emergency Manager in Washington county, Kentucky confirmed at least 8 feet of water flowed over Lawrenceburg Road (outside Willisburg) after radar estimated 7+" of rain fell in that area Monday morning. This Flash Flood Watch is not being expanded simply for the slim chance you might see flash flooding. This Watch is being expanded because over the last few days, where heavy rain falls, we see flash flooding.

As additional rounds of rain move in, be alert for flash flooding. If you have seen rain in the last three days, be especially vigilant. Another 1"-2" of rain will be possible for most places, with some of you seeing even higher amounts.

Additional showers and storms are popping up this evening, and many of those will have heavy rain in them. The storm chance lingers into the overnight hours, but we will start to dry out early Tuesday morning.

Tuesday afternoon heat and humidity will fuel more thunderstorms with heavy rain, and more rain is likely Wednesday. By Thursday the air will start to dry out a bit which lowers your chance for these heavy downpours.

Below is the text issued by the National Weather Service office in Louisville with this update: