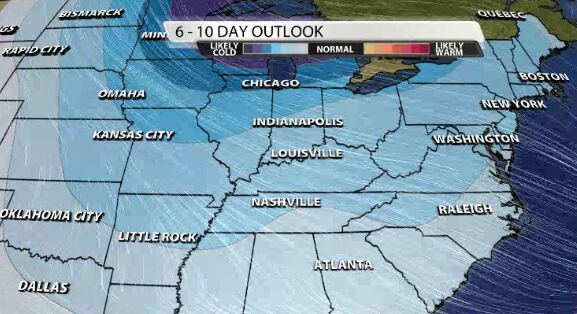 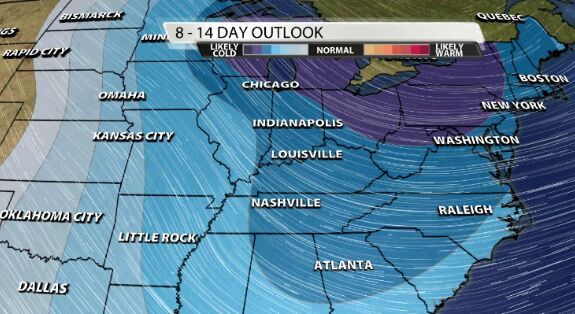 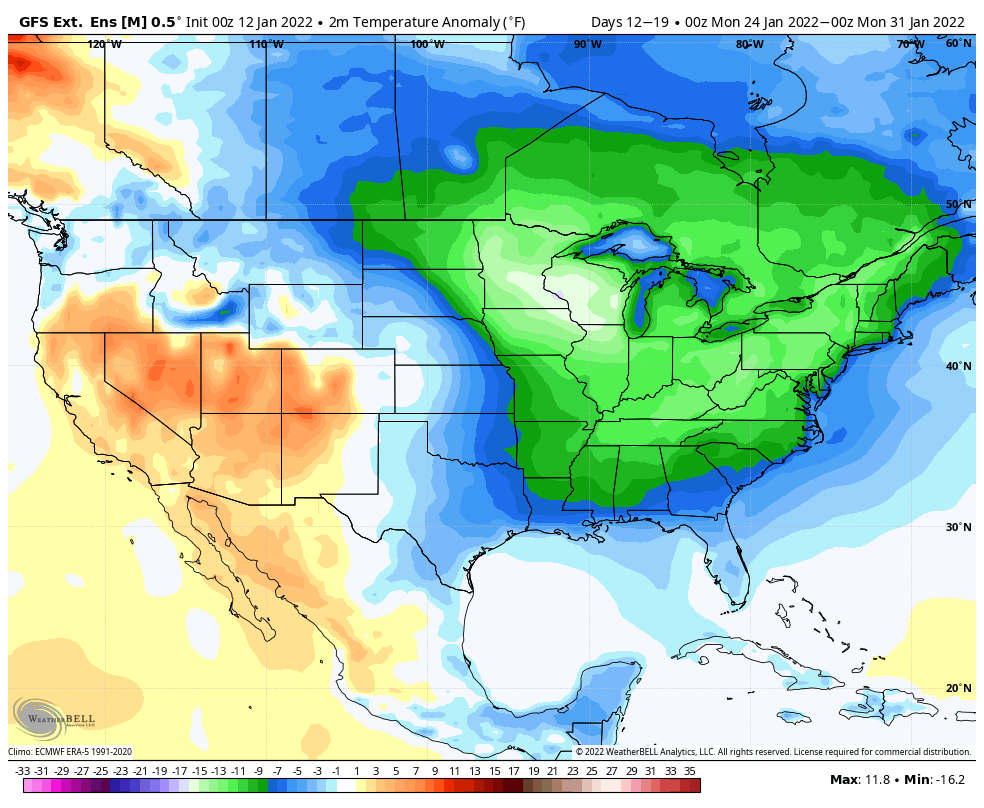 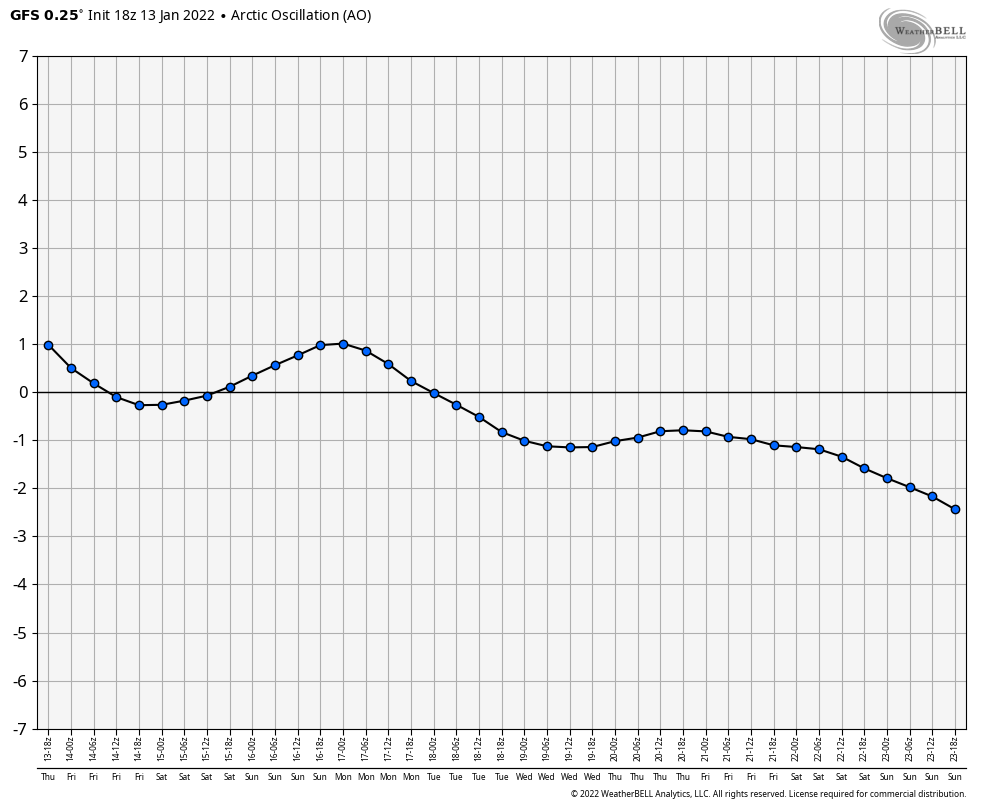 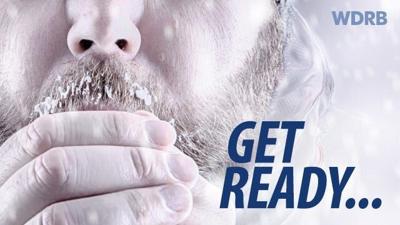 The Climate Prediction Center updated their 6-10 and 8-14 day temperature outlook today and they both look... COLD! Blue = below average temperatures which clearly dominates both time frames. Notice the darker shades of blue on the 8-14 day outlook meaning the probability for colder than normal conditions is more likely during the last week of January.

Rather than take their word for it, let's check out the GEFS extended 2-meter temperature anomaly map. Well, it looks like that model is also biting on this cold concept and it's worth mentioning that the EURO has the exact same idea. Our average high for Louisville goes from 43 to 44 on January 26th. According to the legend, temperatures may run 10 to 15 degrees below average. That would translate to high temperatures in the upper 20's to around 30 tops sometime between the 21st and 27th!

The Arctic Oscillation (AO) is a large scale mode of climate variability, also referred to as the Northern Hemisphere annular mode. The AO is a climate pattern characterized by winds circulating counterclockwise around the Arctic at around 55°N latitude. When the AO is in its positive phase, a ring of strong winds circulating around the North Pole acts to confine colder air across polar regions. This belt of winds becomes weaker and more distorted in the negative phase of the AO, which allows an easier southward penetration of colder, arctic airmasses and increased storminess into the mid-latitudes.

Now that you have some knowledge about how the AO can affect temperatures, take a closer look at the chart below. It show an undeniable dip by the middle of next week. The AO becomes even more negative the following week suggesting additional, harsher cold air as we close out the month of January. That's why I'm saying "get ready" because those heating bills could have us digging deeper into our wallets!