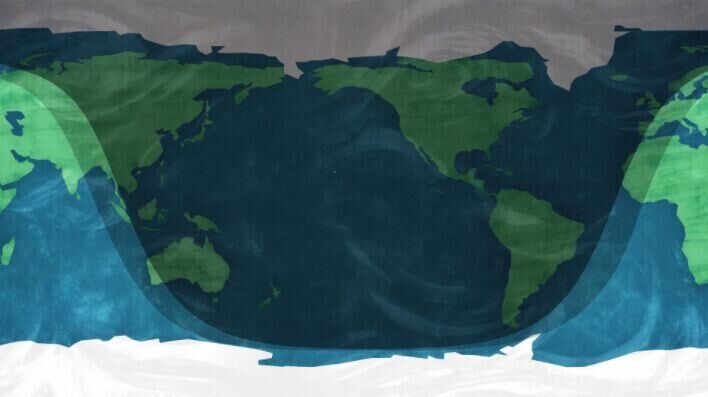 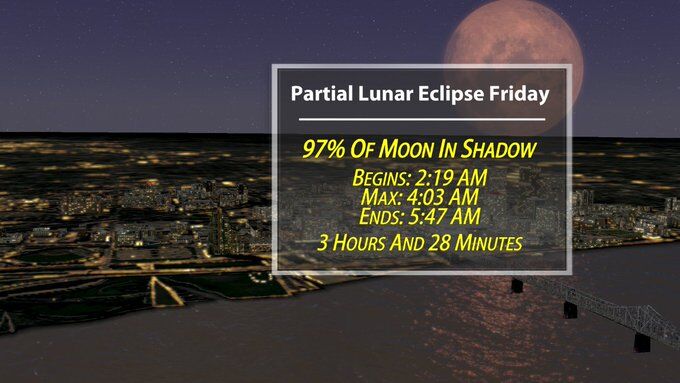 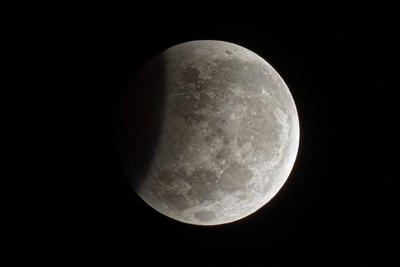 In our area the eclipse will last 3 hours and 28 minutes with 97% of the moon in shadow during the fullest part of the eclipse. This is the longest partial lunar eclipse that has happened in the last 580 years and it will hold onto that record until 2669, according to NASA. You may also notice the moon takes on a red color during the eclipse. That happens for the same reason the sunset can turn red - sunlight is passing through more of our atmosphere. During the eclipse, the sunlight will pass through Earth's atmosphere before reaching the moon so it will take on that reddish color. Click here to read more about why we see red in these situations.

Here's the timeline of what to expect overnight: