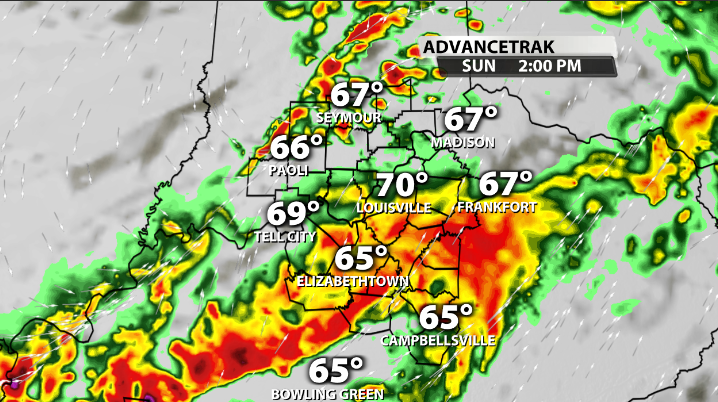 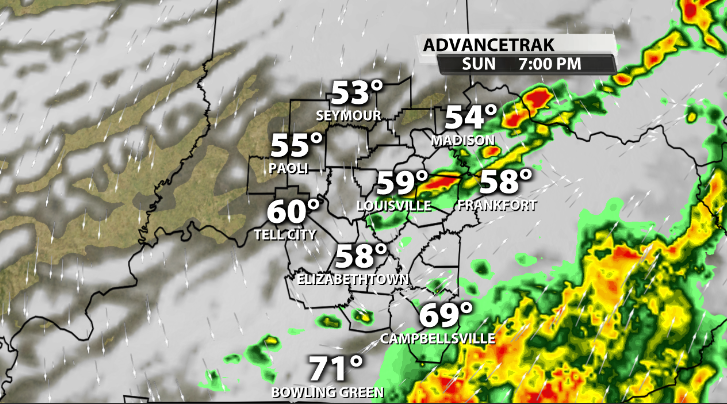 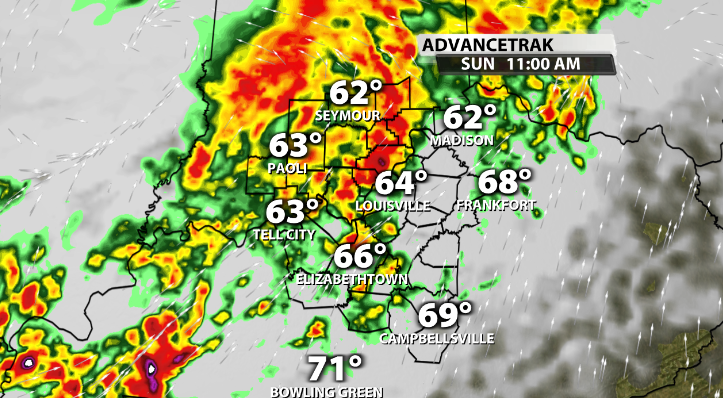 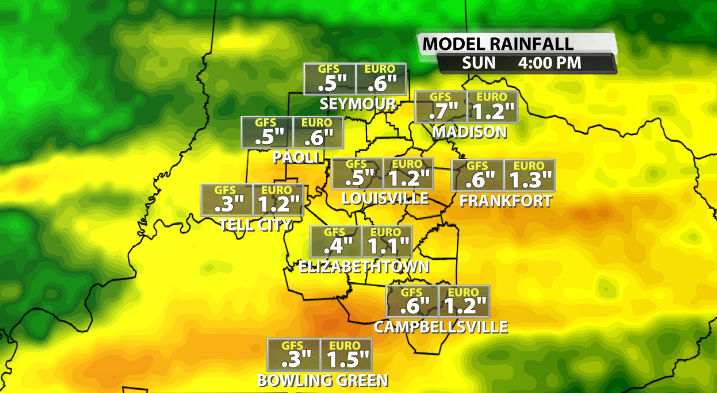 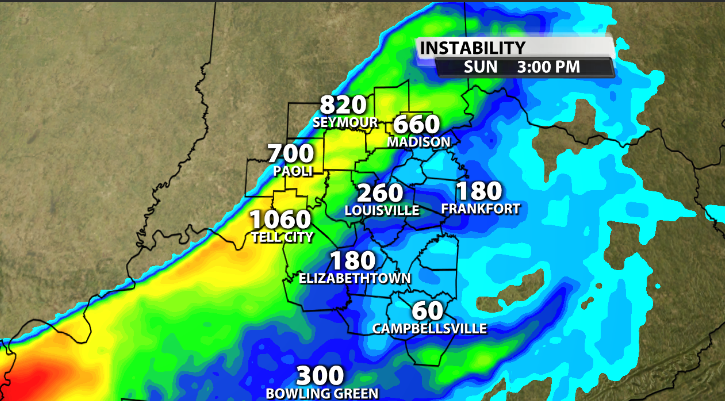 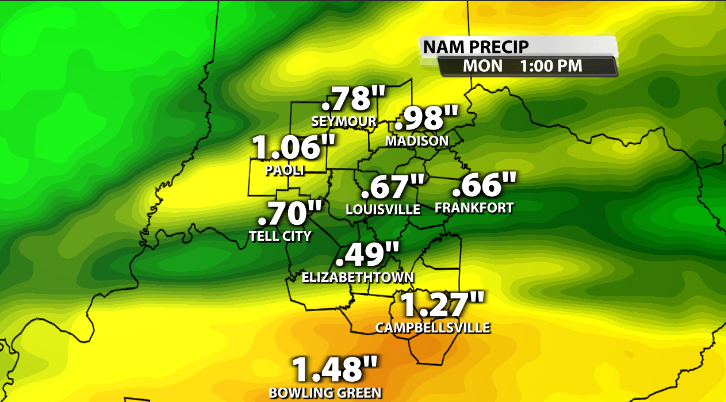 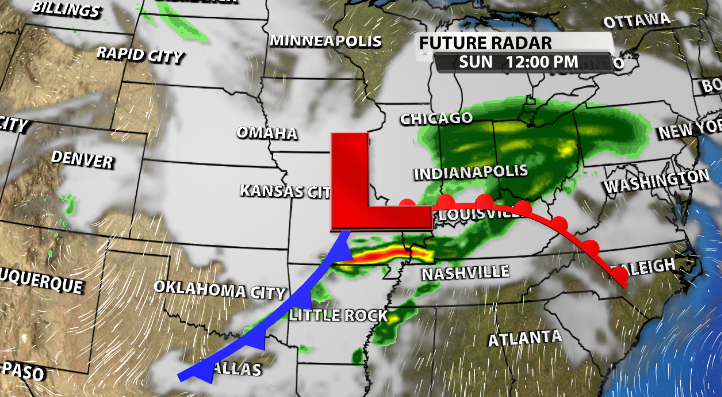 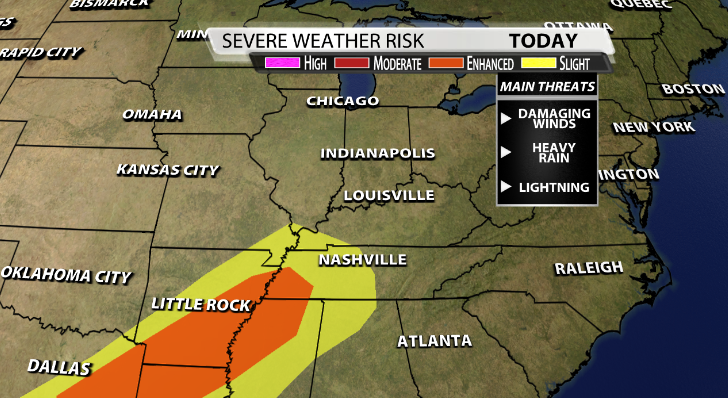 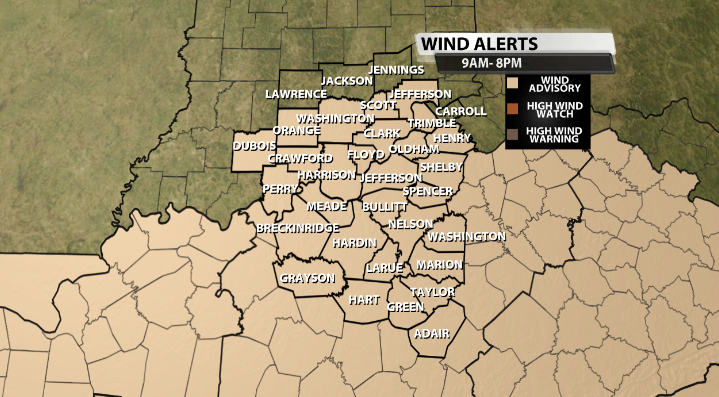 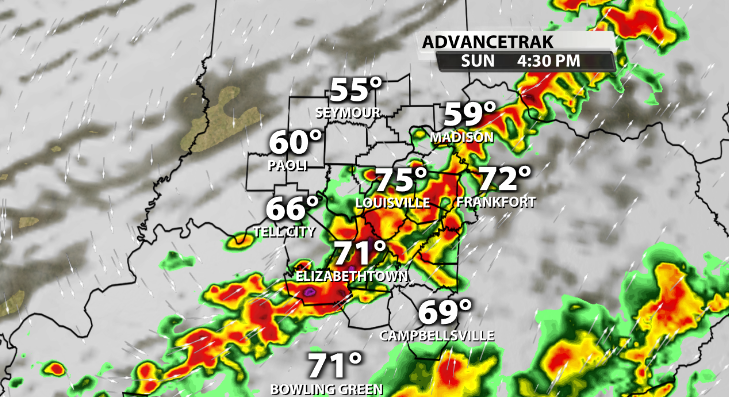 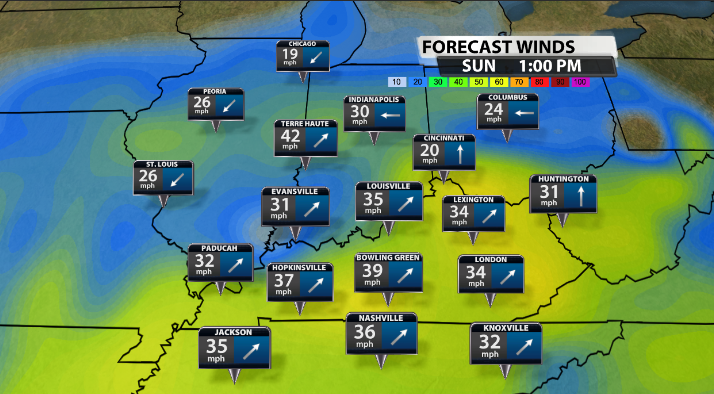 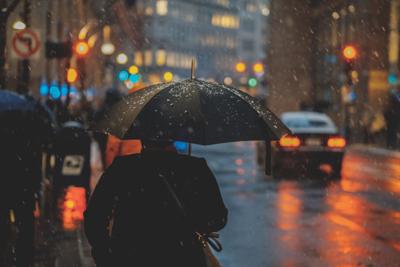 As Hannah mentioned in the blog last night, a low pressure system is moving through our area on our Mother's Day and not providing a great day to be outdoors. Our area will be in what is called the "warm-sector" for much of the day today; this is the area in between the warm front and the cold front. Winds gusting to over 40 mph out of the South today and ample moisture will continue to push through the area ahead of the cold front.

The elevated risk for severe storms remains off to our Southwest today, but that doesn't mean we won't see stronger storms moving through the area. These storms at times will likely have damaging winds in excess of 40mph, heavy rain, and frequent lightning.

Since we have the threat of winds being over 40mph at times, the majority of our area is under a Wind Advisory through 8 PM this evening. Make sure you are being careful out on the roadways as heavy rain and strong winds are not a good combo when you are behind the wheel. Loose items on your porch can be blown away, as well as tipped over garbage cans.

Our latest update on timing hasn't changed a ton, but more importantly the impacts have stayed the same. The majority of these storms will likely reach the I-65 corridor by 10:30 to Noon. Most of our Southern Indiana counties have already seen a few storms move through this morning, but we will all get to see them eventually.

By 2:00pm, most of the area will be experiencing the widespread heavy rain and strong wind gusts, stretching down to our Southeastern Kentucky counties near Campbellsville and Adair County. This line of storms will continue to push off to the East through the mid-afternoon and into late afternoon. Advancetrak and other data suggests a possible short dry period for a short hour or so during the mid-afternoon, but that is not set in stone and shouldn't be bet on if you plan on having outdoor plans.

The cold front will begin to push through during the mid to late afternoon and ahead of it could be where the stronger storms develop, especially into the Northwestern portion of the viewing area and our other Southern Indiana Counties.

Some of the area will be able to see the back end of this line of showers and storms during the early evening, more than likely by 9:00pm tonight.

There will be some fuel available in the atmosphere for these storms to become strong through the mid to late afternoon. The greatest fuel, or CAPE (Convective Available Potential Energy) values range to the Northwest and Western portions of our area. These areas would be most likely to see stronger storms form ahead of the cold front pushing in later this afternoon.

Wind speeds as said previously will likely gust over 40 mph through the day today, hence why we are included in a Wind Advisory through 8 PM tonight. Forecasted wind speeds into the early afternoon show 35mph in Louisville. This will still remain our main threat for the rest of the day.

Rainfall amounts vary depending on computer model. The general consensus is we could see anywhere from 0.5"-1" or so of rain. Some localized areas could see more or less depending on where the heaviest rain ends up in the area associated with these storms.

Bryce will be in the studio through the rest of the morning tracking these storms moving in and Hannah will be in this afternoon to continue to watch for stronger storm development along the cold front. Be sure to stay weather aware and be safe along the roadways today. You can also follow all of the WDRB weather team on social media as these storms progress through the area on your Mother's Day.