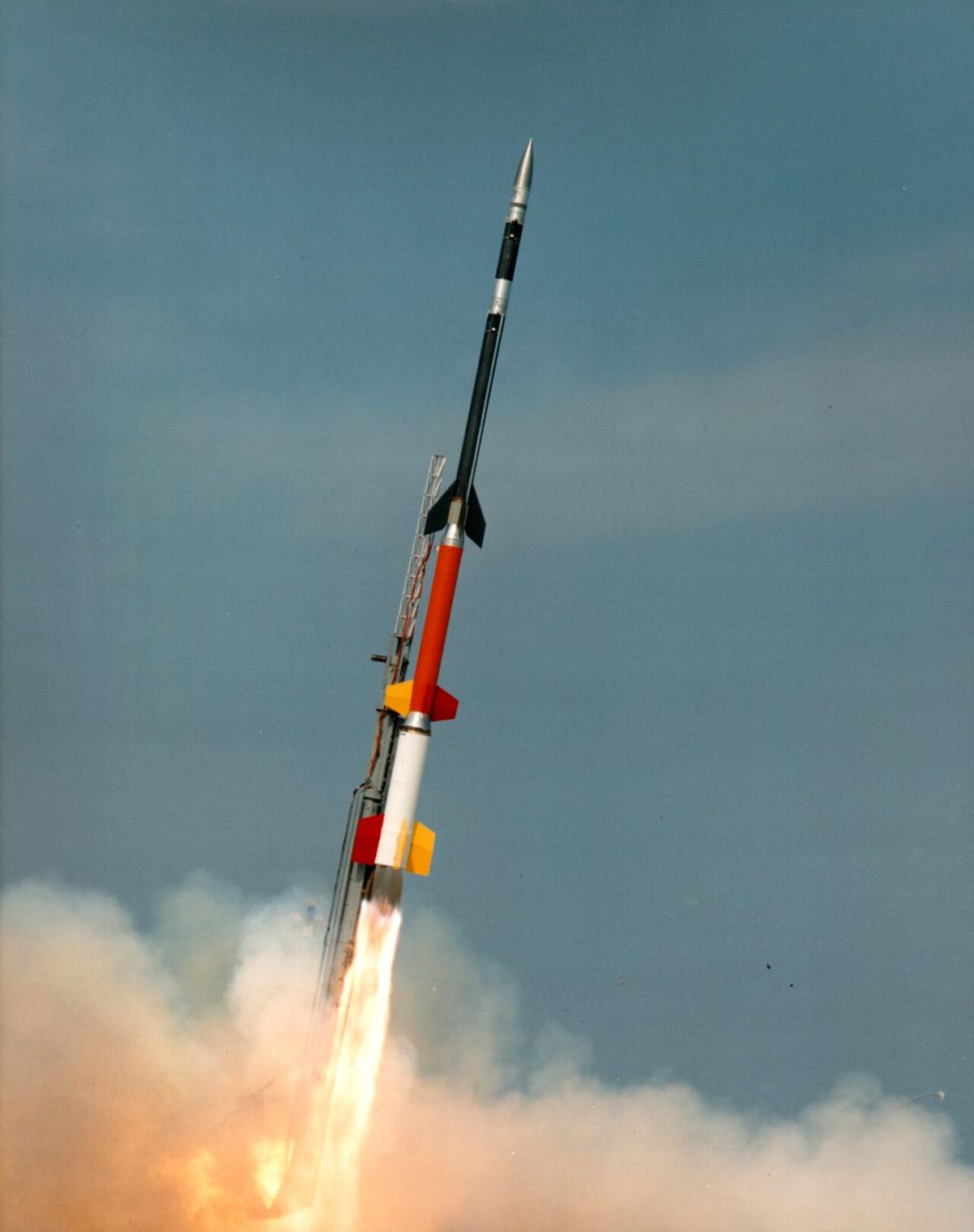 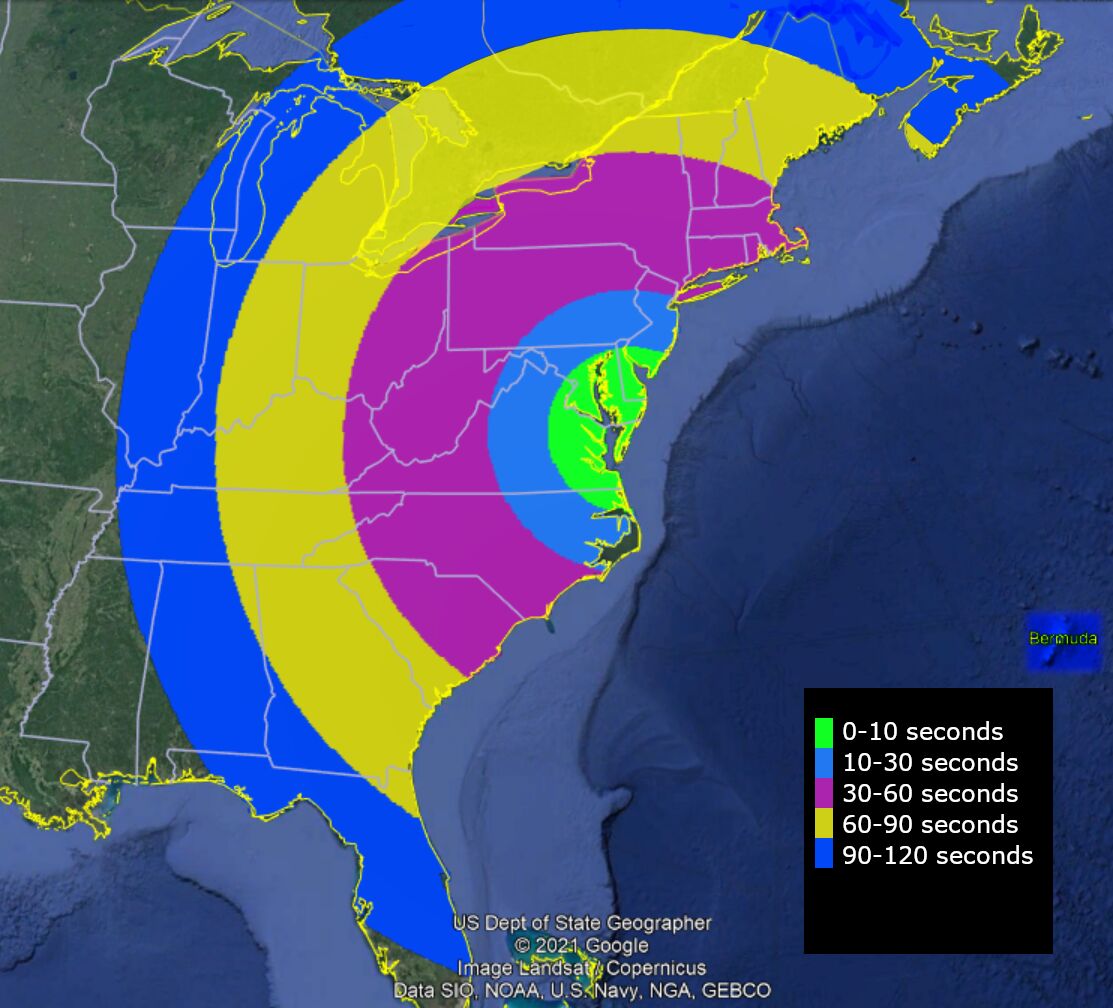 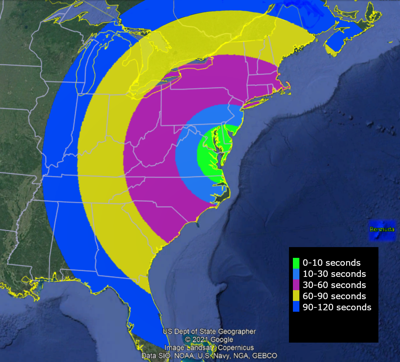 A mission to explore energy transport in space using a NASA suborbital sounding rocket launching May 8, 2021, from NASA’s Wallops Flight Facility in Virginia may provide a brief light show for residents of the eastern United States and Bermuda.

The mission is scheduled for no earlier than 8:02 p.m. EDT with a 40-minute launch window, Saturday, May 8. Backup launch days run through May 16. The launch may be visible, weather permitting, in much of the eastern United States from the Atlantic coast to the Mississippi River. **IMPORTANT NOTE** Cloud cover in our area may be too thick for viewing Saturday evening, but it's something we will keep an eye on.

A four-stage Black Brant XII rocket will be used for the mission that includes the release of barium vapor that will form two green-violet clouds that may be visible for about 30 seconds. The barium vapor is not harmful to the environment or public health

The vapor will be released approximately 9 minutes and 30 seconds to around 10 minutes after launch at about 217-249 miles altitude over the Atlantic Ocean and 540-560 miles downrange from Wallops and just north of Bermuda.

Immediately after release of the vapor, the spherical clouds are a mixture of green and violet, but that phase only lasts about 30 seconds when the un-ionized component of the cloud has diffused away. After exposure to sunlight the vapor clouds quickly ionize and take on a violet color.

The ionized portion of the cloud becomes tied to the magnetic field lines and diffuses parallel to the field lines but not perpendicular to it.  In the mid-Atlantic region latitudes, the field lines are inclined by about 45 degrees to the horizontal, so the violet clouds stretch out in a slanted orientation and look more like short trails than a cloud.  Because the motion of the neutral portion of the clouds is not constrained by the magnetic field lines, they spread out more quickly and become too thin to see with the naked eye much sooner than the ionized component.

In general, the human eye does not see violet colors very well in darkness. The KiNET-X clouds will therefore be more difficult for the casual observer to see than some of the previous vapor missions launched from Wallops.

Live coverage of the mission will be available on the Wallops IBM video site (previously Ustream) beginning at 7:40 p.m. on launch day. Launch status updates can be found on the Wallops Facebook and Twitter sites.

The NASA Visitor Center at Wallops will not be open for launch viewing.