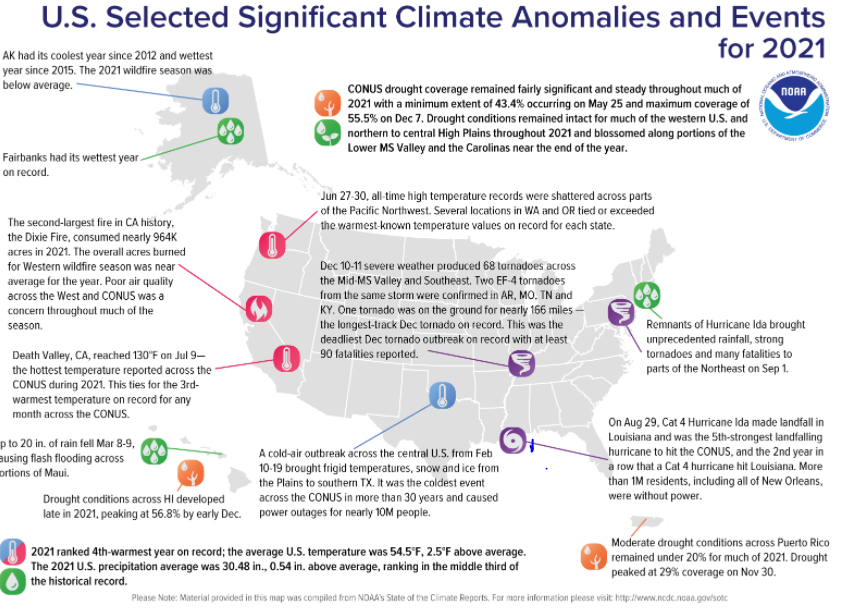 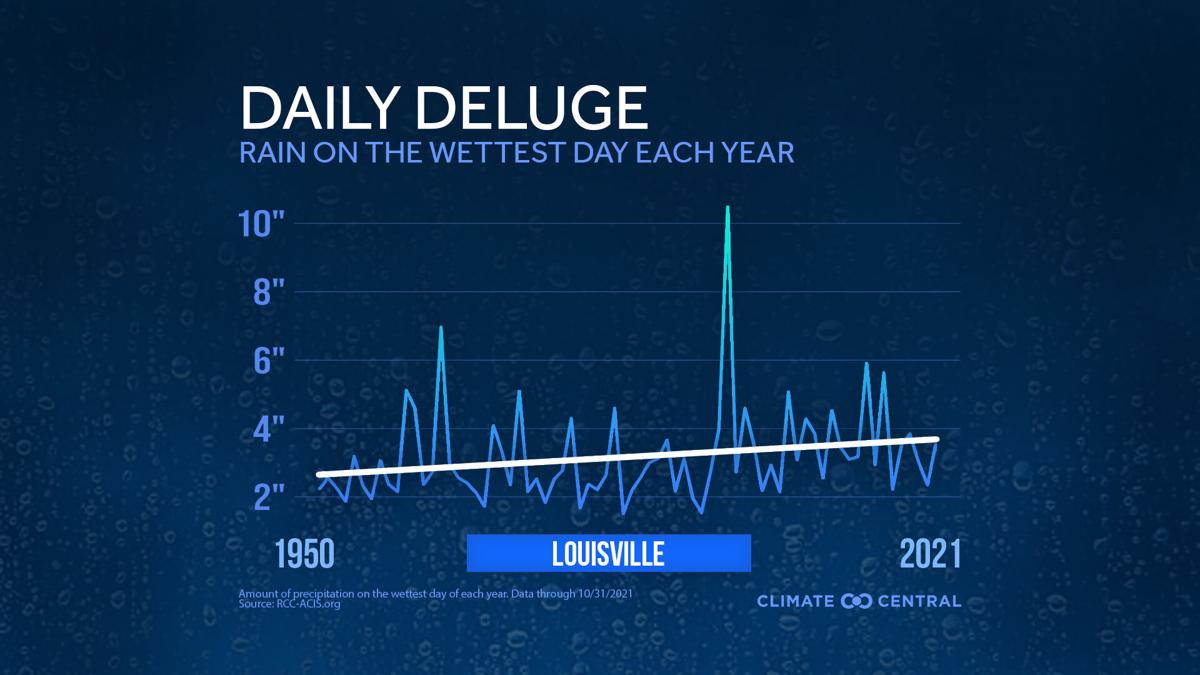 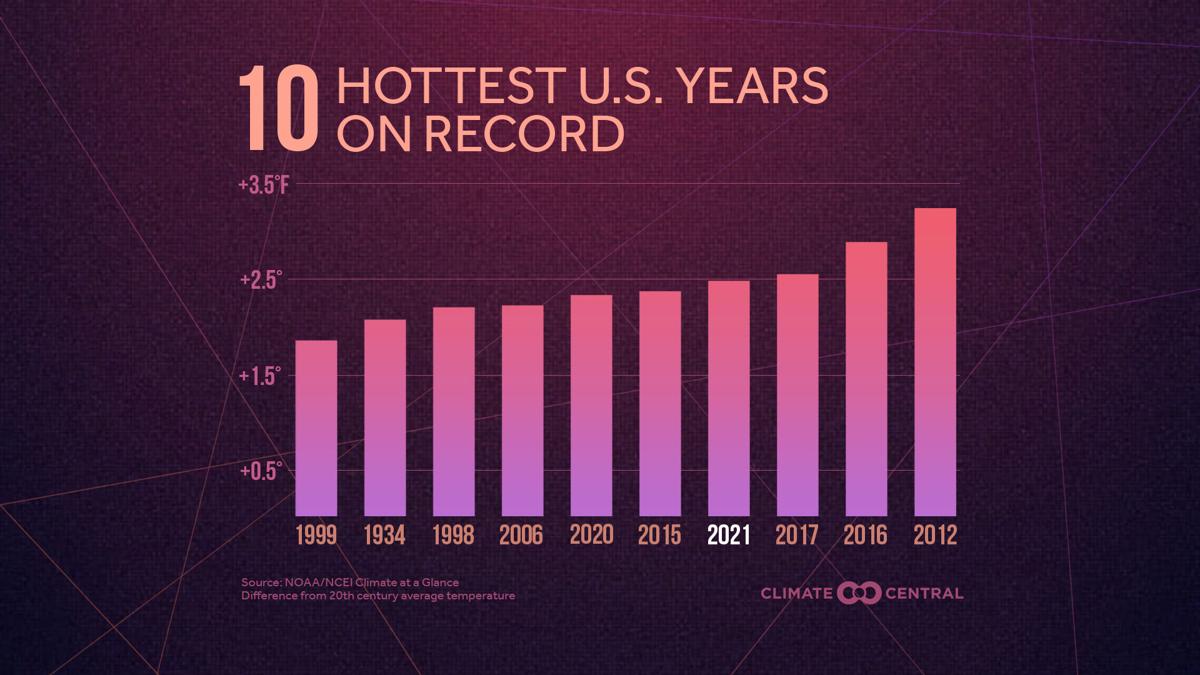 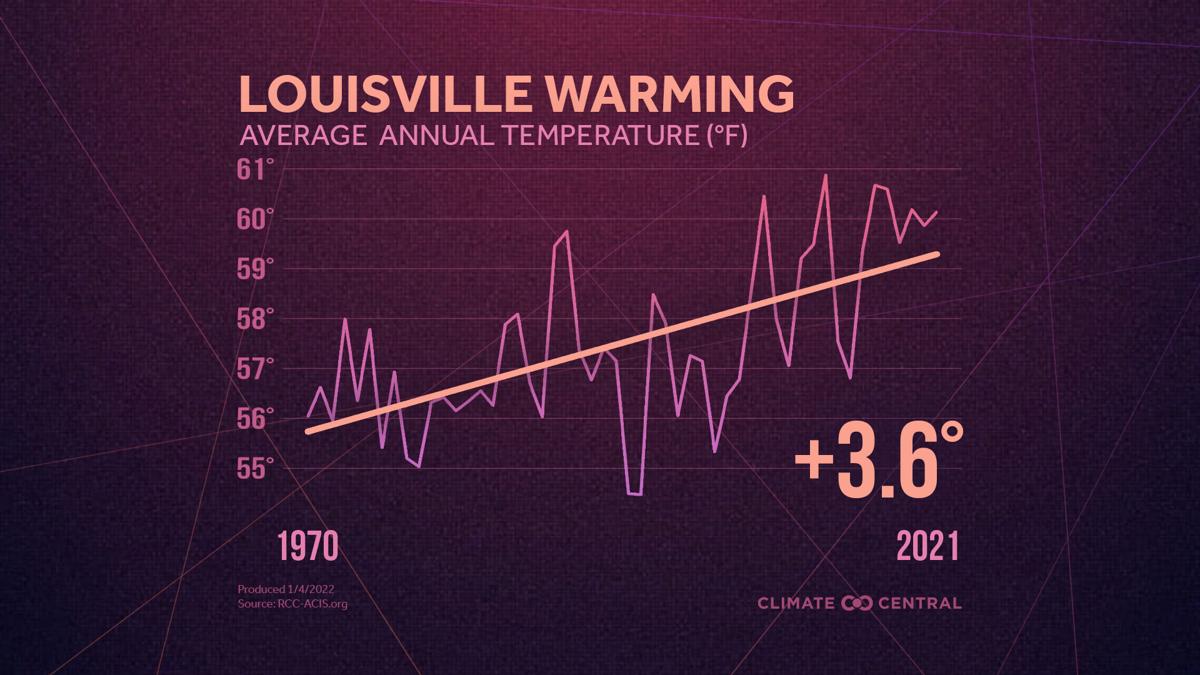 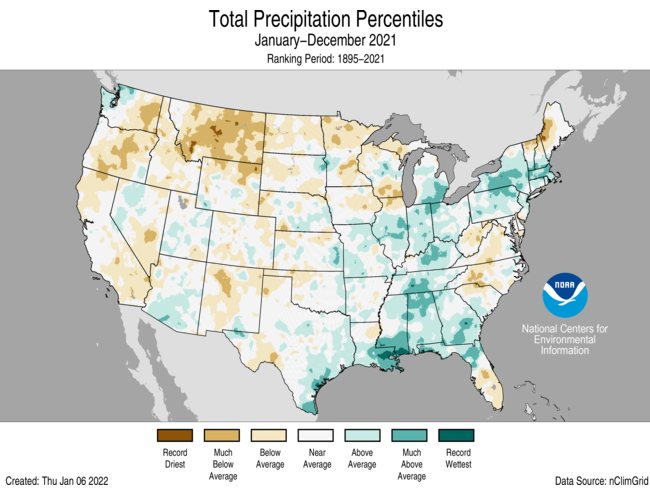 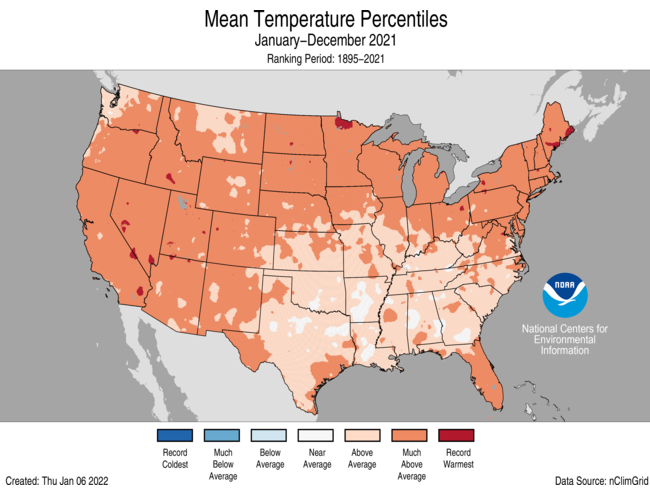 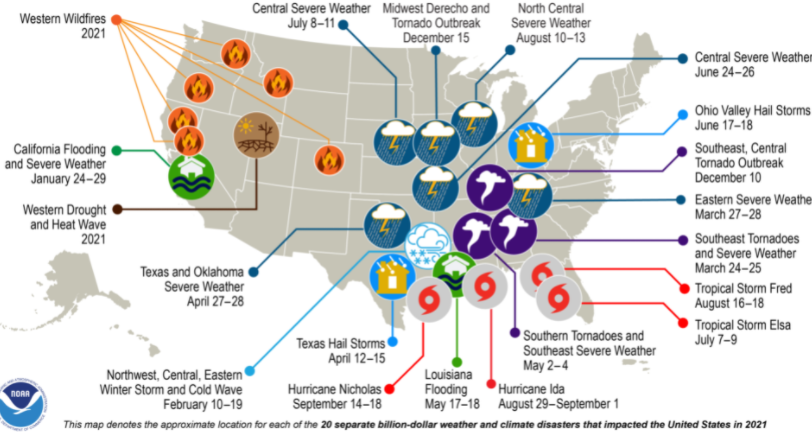 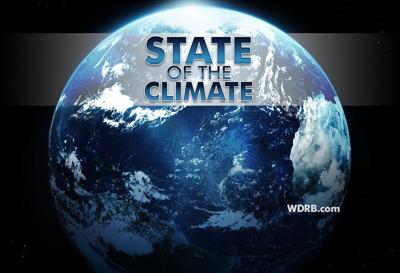 The year 2021 was marked by extremes across the U.S., including exceptional warmth, devastating severe weather and the second-highest number of billion-dollar weather and climate disasters on record.

The nation also saw an active wildfire year across the West as the north Atlantic Basin stayed busy with its third most-active Atlantic hurricane season on record, according to scientists from NOAA’s National Centers for Environmental Information.

Here’s a recap of the climate and extreme weather events across the U.S. in 2021:

According to NOAA, the December contiguous U.S. temperature was 39.3 degrees F, 6.7 degrees above average, making it the warmest December on record and exceeding the previous warmest December in 2015.

For 2021, the average contiguous U.S. temperature was 54.5 degrees F, 2.5 degrees above the 20th-century average and ranked as the fourth-warmest year in the 127-year period of record. The six warmest years on record have all occurred since 2012.

First, let's take a look at the most significant climate events from 2021.

The US ended up seeing 20 different billion dollar natural disasters. In terms of records, this puts 2021 in second place for the highest number of disasters recorded in a calendar year, behind the record 22 separate billion-dollar events in 2020.

Some of these events included:

In fact, if we look further into our own area, data shows that since the 1970s, the Louisville area's average temperature has risen an entire 3.6 degrees.

For the entire year and the entire country, 2021 goes down as the 4th warmest year on record, with the top 6 all occurring since 2012.

When we look at precipitation for the entire year, this is what the contiguous US looks like in terms of average rainfall.

For our area, you can see on the map that we fall in the "much above average" category yet again. If we look further into this data and the past, the amount of rain we receive on the wettest day of each year has gradually gone up in the Louisville area since 1950.

For even more detailed climate information, NOAA says you can check out their comprehensive Annual 2021 U.S. Climate report scheduled for release on January 13, 2022.