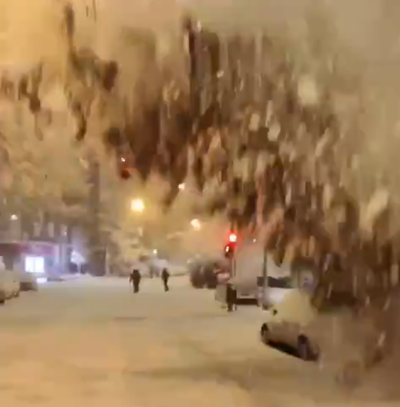 A rare and historic snow storm has blanketed a large portion of Spain this weekend and even killed four people. The blizzard left thousands stranded on the roads in their cars or at the airport and train stations that cancelled services.

Historic snow storm in Spain 🇪🇸 right now. This will be talked about for decades to come.Incredible scenes.📍 Moratalaz, Madrid 🎥 @Rub_dcpic.twitter.com/TpME8N7Bll

According to the weather agency AEMET, this was the most snow this area has seen since 1971 and nearly 2 feet (20 inches) of snow fell in the Spanish capital. The storm caused serious disruptions and many were urged to stay home. The weight of the snow caused countless trees to collapse. One was caught on camera. Check out the wild video below!

It was clearly not the only tree to succumb to the weight of the snow though. Conditions were expected to improve on Sunday, but this will likely be a storm no one in Spain forgets anytime soon.