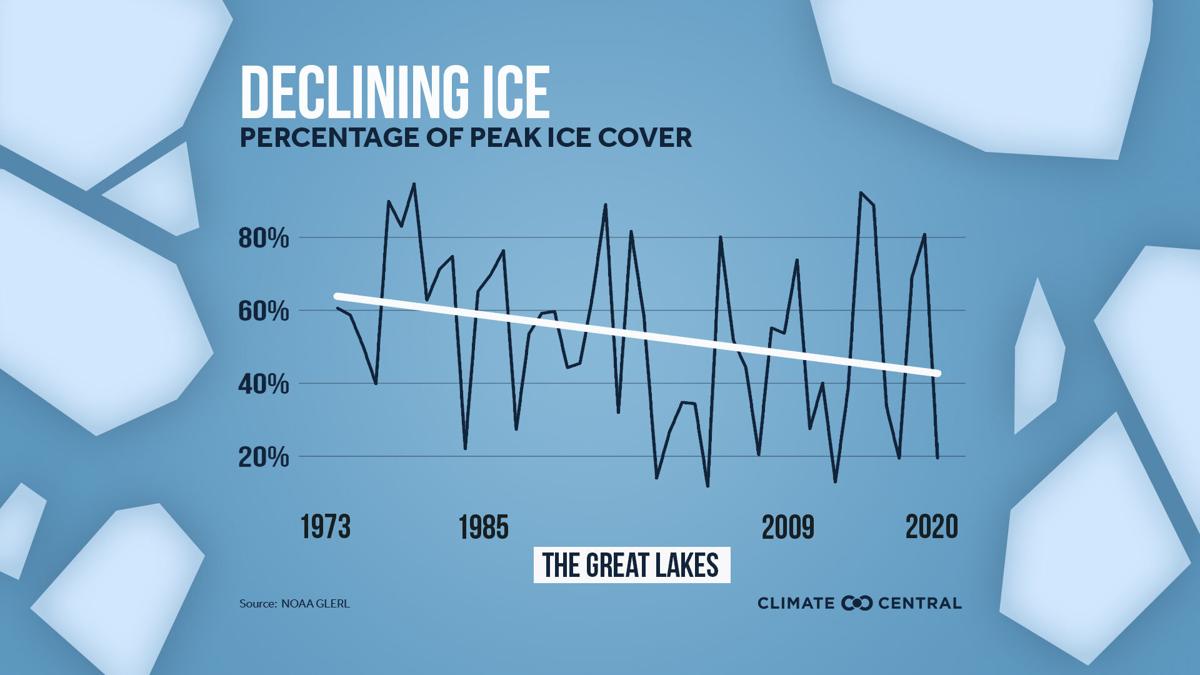 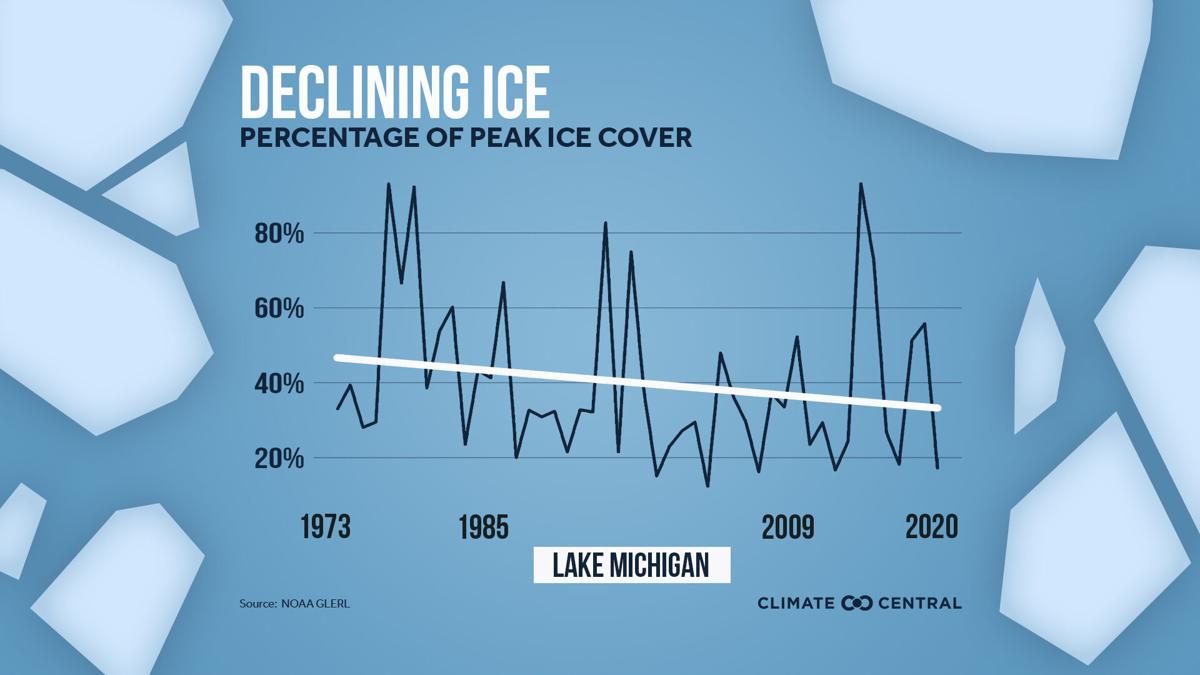 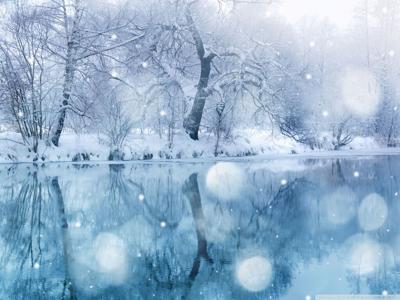 Check out this incredible video from Chicago! Keep watching til the end...

The vantage point here is the John Hancock building looking over Lake Michigan. You can see the ice sheet splitting and floating away! The wind was blowing offshore (from land to water) around 25-30 mph during this time-lapse which helped push the ice. This is just a cool video to watch, but ice on the Great Lakes has been a topic of conversation in the last few years because it's decreasing. According to Climate Central, "across all the Great Lakes, the annual maximum ice cover is, on average, 22% lower than it was a half-century ago."

What these graphs don't show are that the season of lake ice is also shrinking. The lakes freeze later in the season and thaw earlier which may be part of the reason for less ice cover - there's not as much time for the ice to build. Warmer air and water temperatures are also causing less ice to form during the peak compared to years past.