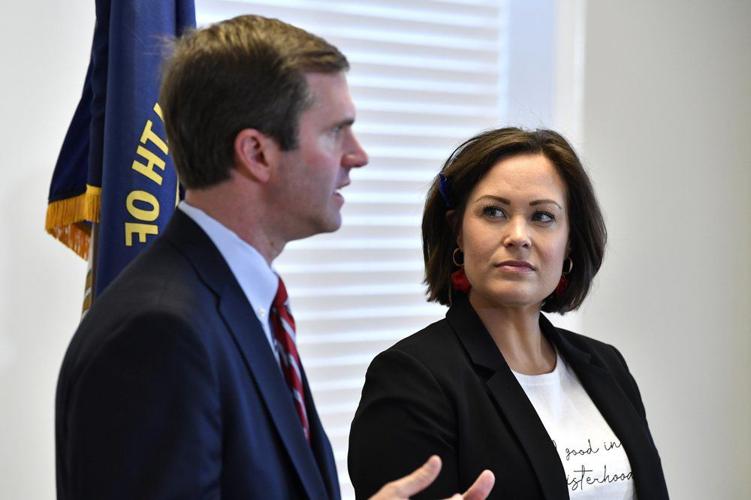 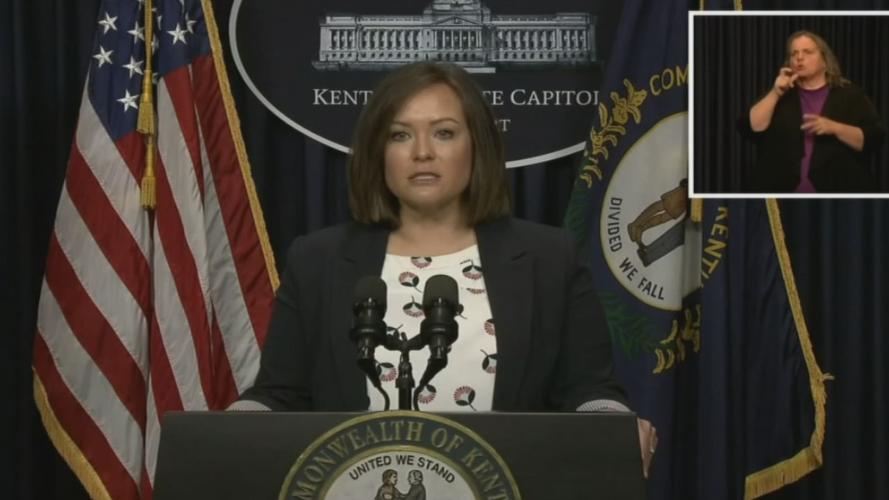 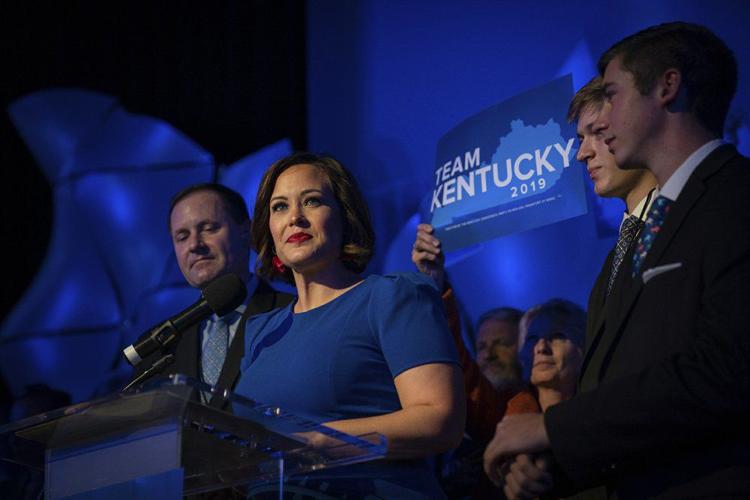 LOUISVILLE, Ky. (WDRB) – Kentucky was so inundated with unemployment claims last March and April that officials in Gov. Andy Beshear’s administration didn’t open about 400,000 emails from people asking for help.

Yet, as the unemployment office phone line was jammed and thousands of jobless Kentuckians struggled to reach a human being in state government, a lucky few with connections to top officials in the Beshear administration received personal assistance with their jobless claims.

The assistance came not from one of the rank-and-file call center workers that other Kentuckians were so desperate to reach, but from the then-director of the unemployment office, according to text messages obtained by WDRB News.

In at least four instances last April, Lt. Gov. Jacqueline Coleman – who is also the secretary of the state cabinet that oversaw unemployment insurance at the time – texted the then-executive director of the Office of Unemployment Insurance, Muncie McNamara, asking for special attention to certain people’s unemployment claims, the messages show.

“Hey, guys! I need someone to reach out to a couple people,” Coleman wrote in an April 6, 2020 text message to McNamara and to McNamara’s direct supervisor, Commissioner of Workforce Investment Marty Hammons.

One of the people who needs help “does my hair (so we OBVIOUSLY need to take care of her (emoticon)). Here are her messages and contact info,” Coleman wrote in the group text. Three more texts followed containing images and a contact card.

Coleman continued, “Second, here’s a friend of a friend. I’ll send her number when I get it,” and she attached another image.

McNamara and Hammons got right to Coleman’s requests.

Three minutes after Coleman’s texts, Hammons replied to the group, “Muncie I can take the first one. I’ll go ahead and call.” Within three hours, McNamara and Hammons reported back to Coleman that they had called both people and connected with one, leaving a message for the other.

McNamara said in texts that others, including Beshear’s senior adviser Rocky Adkins, also “sends me names” of people whom McNamara would then personally assist with their claims, though WDRB News did not obtain texts involving Adkins.

Beshear’s office responded to this article through a statement from J.T. Henderson, the director of communications in Coleman’s office.

“Because of these unprecedented times, Kentuckians reached out in numerous ways to receive help with their unemployment insurance claims. The administration, including the Lieutenant Governor, gets daily calls, emails and letters from the public, local officials and even the media, such as WDRB, asking for particular UI claims to be reviewed,” Henderson said in the statement. “Following a process designed to help resolve claims, those requests are forwarded to the UI team. These claims sometimes involve people known by the recipient. These people, like all Kentuckians, are hurting and need help.”

During a press conference Monday, Beshear likened the texts from Coleman to the letters, calls and emails he and other state officials receive from individuals, legislators and media outlets like WDRB to evaluate peoples’ claims.

“Certainly, nobody’s position should influence where somebody is in that line, but if there are people that are struggling to get their unemployment, and their information has been provided, we can send that on to the office,” Beshear said. “Now, that’s something that other officials have asked for and that's a conduit we’ve tried to allow.”

Denise Humble, 68, of Louisville’s Fern Creek area, has been asking Beshear’s office and that of other state officials for help with her claim since the fall. She said Monday that she sent three faxes to Coleman that went unanswered.

Humble said she has been in touch with a staff member at Beshear’s office, who promised to alert the unemployment office about her claim and mark it “critical.”

But other than robocalls every few days ensuring her she’s still “in the queue,” she has not been able to reach a person at the unemployment office. She refers to the callback queue “the black hole.”

Humble said she was “anger(ed)” on Monday to learn that some people got personal attention from the office’s supervisor while she has called every business day since October 10 without reaching a person.

“I just want somebody to talk to me, just to tell me what’s wrong; what happened,” Humble said. “I don’t that’s asking a whole lot. That’s just respect.”

Messages part of evidence in case over firing

The text messages were produced by the Education and Workforce Development Cabinet as part of McNamara’s pending appeal of his firing in May 2020. WDRB obtained copies of two documents containing 71 pages of transcribed texts exchanged between McNamara and a half-dozen state officials from January to May 2020.

McNamara had been prepared to testify to the Kentucky Personnel Board that, even as the under-resourced office struggled under an unprecedented tidal wave of jobless claims, he regularly received instructions from superiors in the Beshear administration, including Coleman, Adkins and Hammons, to help specific individuals get their claims straightened out, according to a source with knowledge of McNamara’s intent.

In the text message transcripts, the identities of people McNamara was asked to help were redacted, as well as personal information such as their phone numbers. The transcripts also do not reveal the content of attachments to texts such as images and contact cards.

In addition to being the second-ranking elected official in Kentucky, Coleman is also secretary of the Education and Workforce Development Cabinet. At the time the texts were exchanged, McNamara and Hammons ultimately reported to her, and unemployment insurance was within Coleman’s cabinet.

Last summer, Beshear moved the Office of Unemployment Insurance to the Labor Cabinet.

In the texts, McNamara encouraged his superiors to seek out special attention for unemployment claimants.

“It’s my job and I’m glad to do it. It’s especially my job to make you look good so I’ll take care of this stuff if you send me names,” McNamara told Coleman on April 5, 2020, the day before she asked for help her hairdresser and “friend of a friend.”

In an earlier text on April 5, McNamara assured Coleman that it wasn’t unusual for top state officials to provide the names of people who needed their claims straightened out:

“You can send me all of these types of individual specific issues and I will address them. Josh sends me names. Rocky sends me names. I will take care of that person directly. I think you sent one to josh last week. (REDACTED) was her name, about a company cutting pay but not hours. I spoke to that person myself late Friday. If you have a list of names send them my way.”

“Josh” is an apparent reference to Josh Benton, the former deputy secretary of the Education and Workforce Development Cabinet, who was the public face of unemployment insurance early in the pandemic during Beshear’s daily briefings. He was superior to Hammons and to McNamara. Benton, who left state government in July 2020, couldn’t be reached for comment.

The text message transcripts do not contain messages involving Adkins and a few messages from Benton as part of group text threads involving McNamara.

The texts were produced for their potential relevance to McNamara’s claim that he was unfairly fired last May for reporting legitimate concerns about data security and discriminated against for having a disability.

The April 5 text exchanged started when Coleman sent McNamara a screenshot evidently related to someone’s unemployment complications: “She said her (20)19 taxes hadn’t been filed at that point but she’s done it since then.”

McNamara advised Coleman that the person “may need to reapply because we are looking that someone has some kind of connection to the workforce in the last 12 months.”

But, he would still ease the burden for the person in question: “If you have an email or phone number I will have someone reach out to her directly tomorrow.”

On March 25, 2020, Beshear announced that he was expanding unemployment insurance to cover the people who are not traditionally eligible, including the self-employed, independent contractors, freelance workers, substitute teachers and people who needed to self-quarantine or take care of a family member with COVID-19.

Just before the announcement that day, Hammons texted McNamara directly with an attachment:

“This is the former student Jacqueline is trying to help. She was rejected previously due to base wages to (sic) low. Letter went out Friday. Guess we will have to see if COT (Commonwealth Office of Technology) can’t set it up where if they have applied won’t have to again.”

Before being elected on Beshear’s ticket in 2019, Coleman was an assistant principal at Nelson County High School.

McNamara replied to Hammons a minute later, saying he would “get on” the request. McNamara added: “Jaqueline gets as many favors as she wants because she uses them to help other people.”

Hammons then told McNamara about “another (person) I’d like to move up if possible.”

Hammons continued: “She is self employed hair stylist who already struggles because her clientele is elderly and many have passed over the years.” (There is no indication Hammons was referring to the same person for whom Coleman would seek assistance on April 6.)

On April 8, Coleman texted McNamara with another request: “Please give (REDACTED) a call re: UI when you can.” The message included an attachment.

Coleman replied, “Thank you! (REDACTED) kind of a basket case so I hope she didn’t unload too much.”

WDRB read the text messages to State Sen. Chris McDaniel, a Republican from northern Kentucky. He said they smack of “callousness” to the multitudes of Kentuckians who needed help with their unemployment claims.

“It’s clear that the lieutenant governor and the administration knew that they had a massive problem and yet they were trying to help their friends, spending supervisor time that should have devoted to fixing the problem,” McDaniel said. “ … I can’t imagine knowing my organization was screwing up that badly, but then spending top-level executive time trying to do favors for my friends.”

Kentucky has received 1.96 million unemployment insurance claims since the start of the pandemic and paid out nearly $6 billion, including federal supplements, Coleman's spokesperson J.T. Henderson said in the statement.

Kentucky's backlog of "unprocessed initial claims" -- which doesn't represent the whole universe of people who have unemployment problems -- was still about 80,000 in recent weeks, though officials have said they think about half of those are fraudulent claims.

Beshear has said he inherited an antiquated computer system, while his predecessor Matt Bevin eliminated about 95 staff people from the unemployment office, which hampered the state's ability to respond to the pandemic surge.

Beshear brought on accounting firm Ernst & Young on a $15 million series of emergency contracts last year to help process claims, saying the goal was to get "caught up" quickly. But with new claims adding to the pile, the state still isn't caught up.

Beshear said last week that the state would open a new call center and finally reopen some state employment offices for in-person help.

Henderson said: "No one in state government will be satisfied until they have received the benefits for which they are eligible."