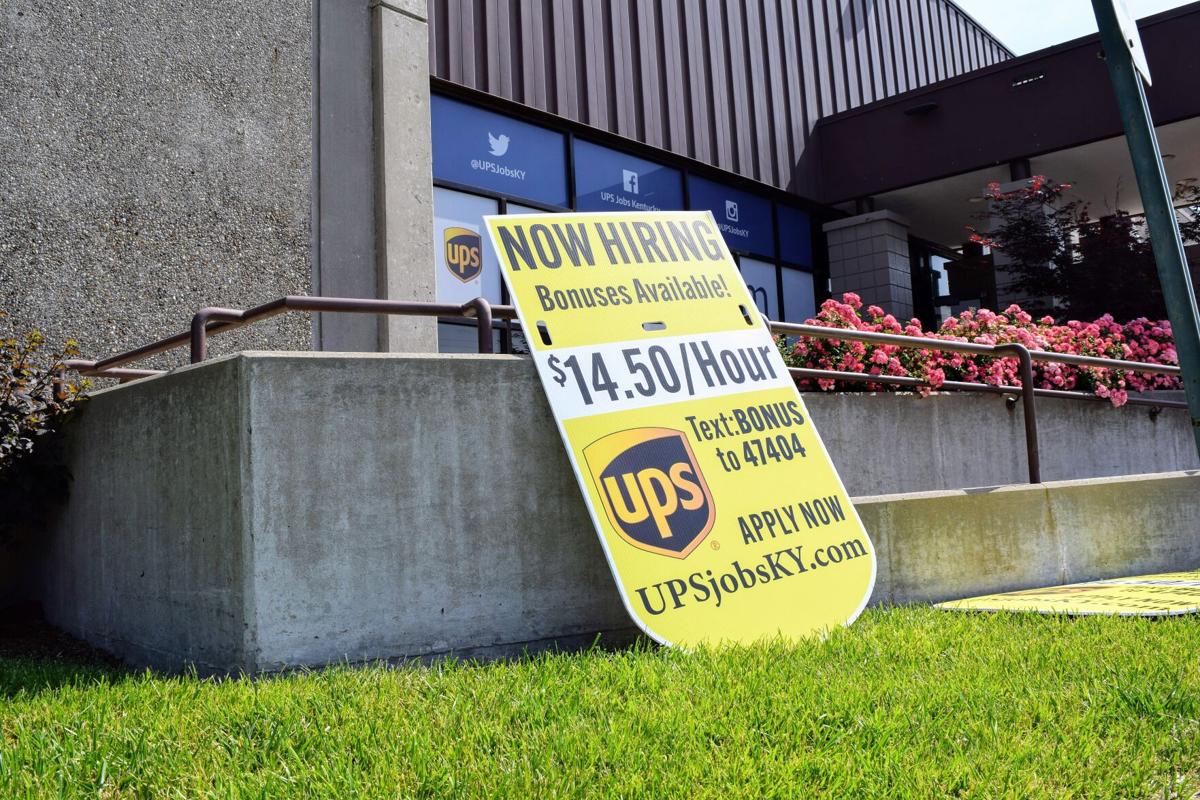 UPS is offering bonuses paid weekly of up to $425 for package handlers at its Worldport hub in Louisville, but the company won't say how long the bonuses will last. 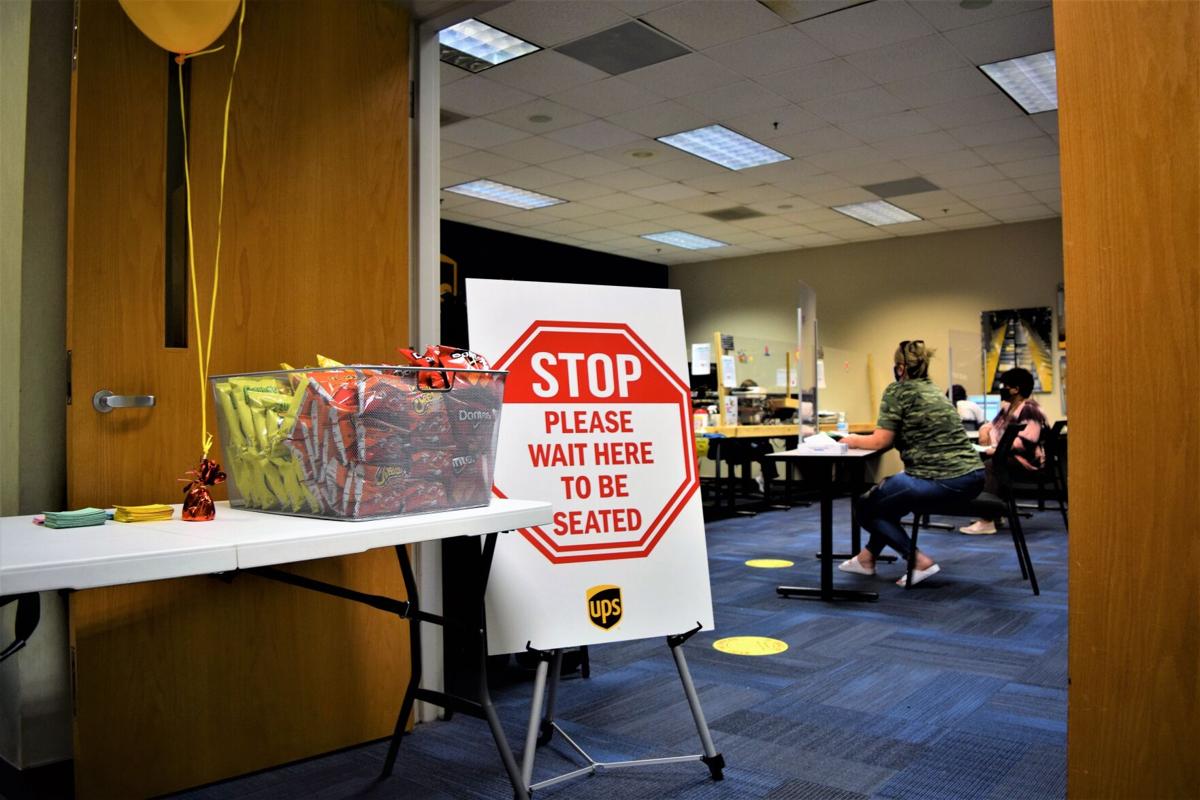 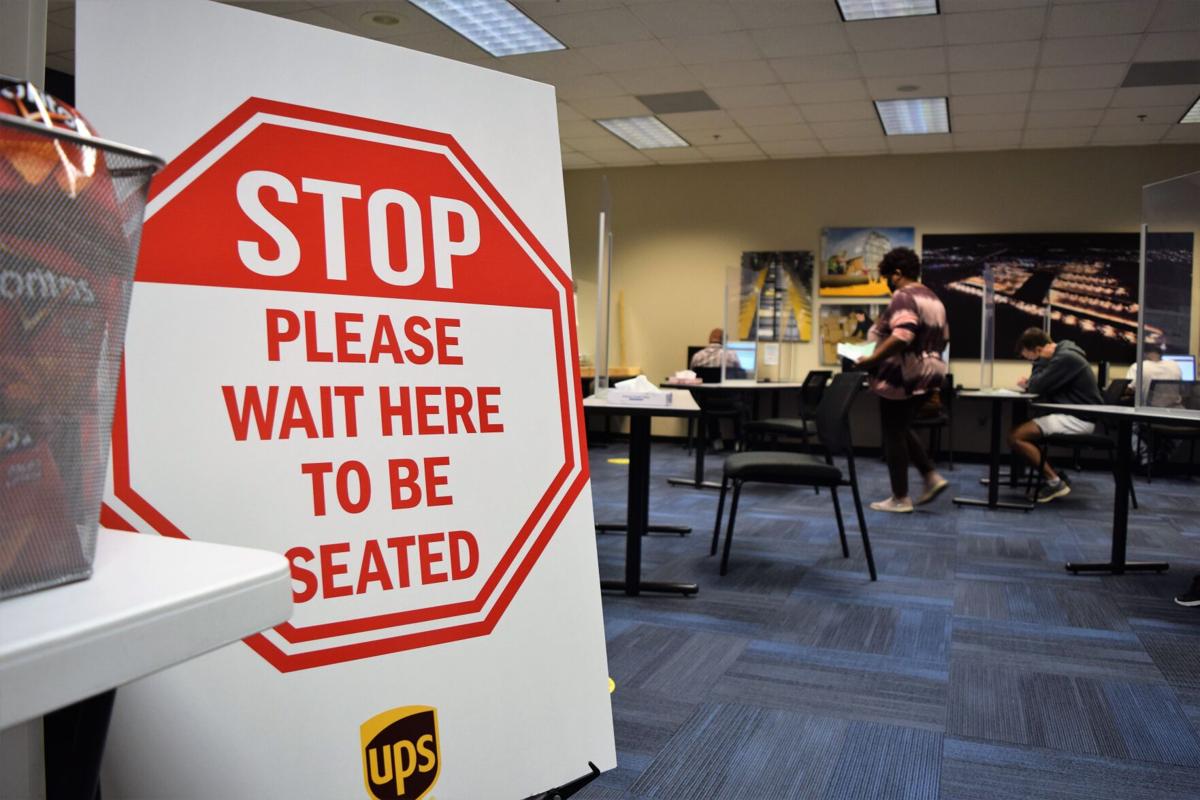 UPS is offering bonuses paid weekly of up to $425 for package handlers at its Worldport hub in Louisville, but the company won't say how long the bonuses will last.

LOUISVILLE, Ky. (WDRB) – Ingram Micro, one of the massive ecommerce warehouses in Jeffersonville, Indiana, has a tall task these days: filling 300 job openings.

The starting hourly pay at the warehouse, where almost all employees start through temp agencies, has risen from $12.10 to $15 in about a year.

Now, Ingram is trying what a company executive called an “unprecedented” incentive: a $2,000 “sign-on bonus” paid over eight weeks, which effectively raises the starting wage to at least $21.25 hourly for the first two months of employment.

“This is something that we are really trying to get people interested,” said Denise Wilson, human resources manager at the Jeffersonville warehouse.

The extremely tight labor market – job openings hit a record 9.3 million nationally in April, the Labor Department said Tuesday – has local employers dangling unusual incentives to get employees in the door and keep them from bolting to something else.

Nurses, HVAC installers, restaurant cooks, fork-lift drivers and package handlers are all being offered some sort of hiring incentive – whether paid weekly, after 30 days or after 90 days on the job. Indeed.com shows almost 4,000 job posts containing the word “bonus” in the Louisville-Southern Indiana area.

A worker who shows up to Ingram Micro need only look across the street to find another “bonus” opportunity advertised at Medline Industries, a medical supplies distribution center.

The bonuses appear to reflect how employers are trying to get workers’ attention with eye-popping figures, while also avoiding a permanent commitment to higher wages, lest the labor market eases and hiring becomes less difficult.

Chambers of commerce and other business groups have blamed the federal unemployment insurance supplement of $300 per week for keeping workers on the sidelines.

Twenty-five Republican-led states, including Indiana, have cut off or will soon end that supplement before it expires nationally on Sept. 6. Indiana’s cut off happens June 19. Kentucky has not moved to end the federal supplements.

With the hiring incentives, employers are giving themselves “maximum flexibility” during an economic “whiplash” from the pandemic-related lockdowns, said Ken Troske, a labor economist at the University of Kentucky.

“They can go away if things change, and it may very well be that part of what changes is the unemployment benefits, or all of the myriad of other factors that have made workers reluctant to re-enter the labor market,” Troske told WDRB.

Those other factors include the lack of childcare or general fear of COVID-19 after government officials previously implored people to hunker down, Troske said.

“The likely reason employers are looking at (bonuses) is that they think it is cheaper over the medium- to long-term to provide those incentives than to permanently raise wages,” said Jason Bailey, executive director of the Kentucky Center for Economic Policy, a liberal think tank, in an email. “But given that wages have been stagnant for so long in the state, and that so many jobs pay very little across Kentucky, it may not be adequate in some cases.”

For her part, Ingram Micro’s Wilson said the $2,000 bonus is a sort of bridge to the time when temp agency employees can “convert” to employees of Ingram and get medical, vision and dental benefits as well as paid time off.

“With the stimulus package coming out, it’s been a real challenge to get people in the door,” she said.

Wilson said the one-time federal payments and extended unemployment benefits, along with “some of the fears and concerns about COVID” has made it harder to attract employees.

For Dakota Coogle, 24, the possibility of earning an extra $425 per week on top of $14.50 per hour was enough to lure him to Louisville’s largest employer, UPS, where he got hired last month as an overnight package handler at the Worldport hub.

“The benefits sounded good; the bonus sounded great,” said Coogle, who used to work at a Best Buy.

UPS has been offering the bonuses -- $300 for the Sunday through Thursday nightshift at Worldport, plus $125 for the Sunday dayshift, paid weekly – for several weeks.

UPS is also offering a $300 weekly bonus for package handlers at its ground facilities, the Centennial hub on Outer Loop and the Bluegrass Industrial Park.

For a parttime schedule of 25 hours per week, the bonuses could make for an effective hourly rate of more-than $31.

But UPS won’t say how long it will continue to pay the weekly bonuses, saying that’s based on “market conditions.”

Asked how long they will last, UPS spokesman Jim Mayer said only, “They’re in place at the present time.”

UPS’ starting wage is set to reach $15 on Aug. 1 as part of its labor contract with the Teamsters union. Asked why UPS offers bonuses instead of hourly wage hikes, Mayer said the company follows the union contract.