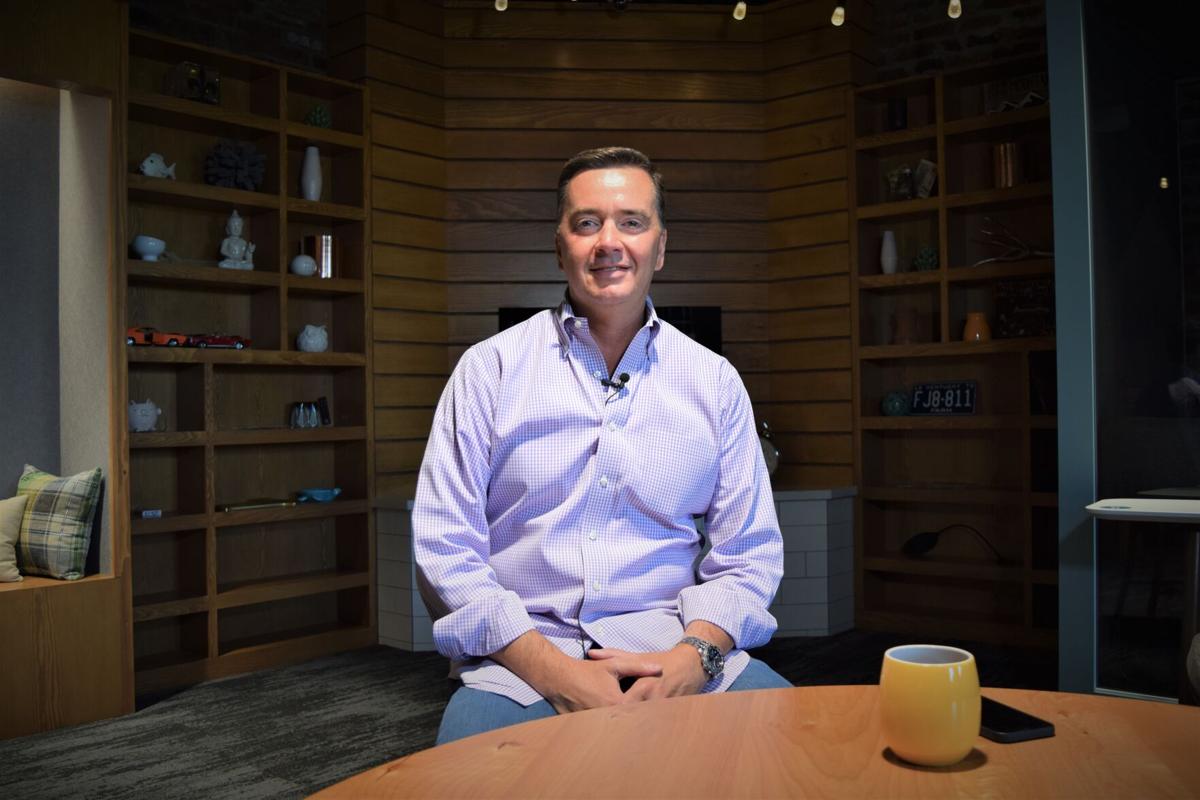 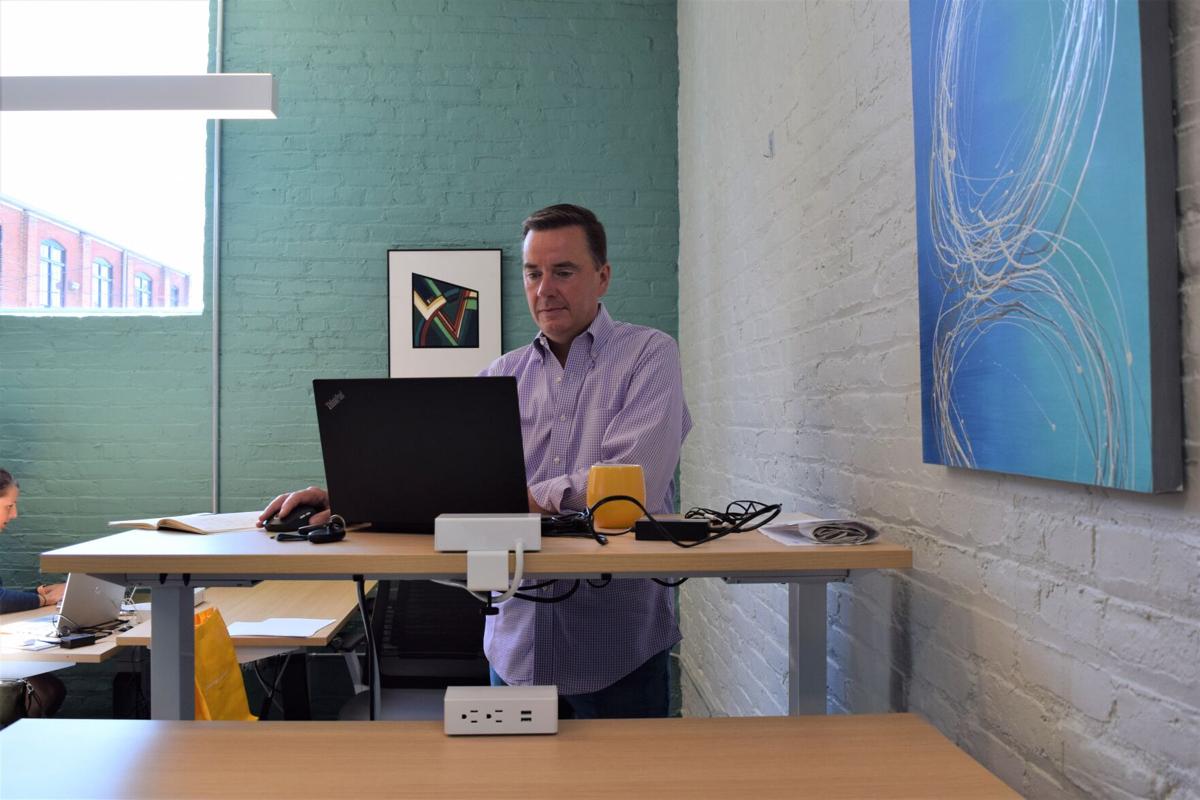 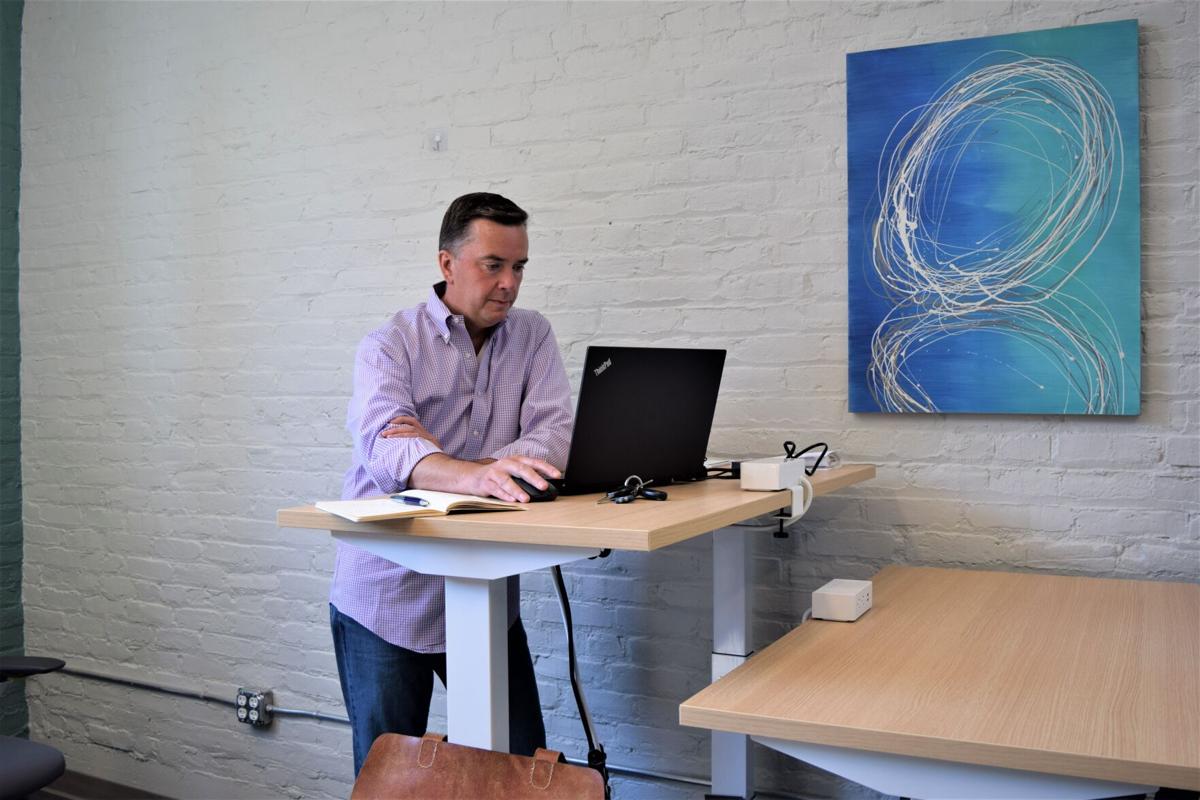 LOUISVILLE, Ky. (WDRB) – The company is housed in a one-room office in a co-working space in Louisville’s Nulu neighborhood. There isn’t even a logo on the door or the walls.

Until this week, few had heard of Climavision, a Louisville-based startup that plans to improve weather forecasting.

That changed Wednesday, when a unit of global private equity firm TPG announced a $100 million investment in Climavision, the single-largest infusion of capital in a Louisville startup in recent memory.

“The reason you haven’t heard about us is because we're pretty tight lipped until we actually go and do what we're about to do,” said Louisville resident Chris Goode, Climavision’s co-founder and CEO.

Goode, a 49-year-old Kentucky native and veteran of the weather technology industry, laid out his plans for the company on Friday over coffee in the lobby area of Lodgic, the co-working space where Climavision has set up shop.

Most of the data that goes into weather forecasting models comes from public sources, such as the U.S. government’s Next Generation Weather Radar (NEXRAD) system, and is available to anyone.

Climavision, Goode said, aims to collect additional data through a private network of radars it plans to install to fill in “gaps” in public radar coverage. The company also has a deal with a California firm called GeoOptics to get commercial radio occultation data from satellites, to learn more about what’s happening in the upper atmosphere, Goode said.

Goode plans to draw on his experience leading Enterprise Electronics Corp., a privately held Alabama company that is the largest manufacturer of commercial radar systems. Goode was EEC’s CEO from 2014 until earlier this month, he said. Goode had been running EEC while living in Louisville the last three years, he said.

The other co-founder of Climavision is Colin Cookes, a member of the family that owns EEC.

Goode said he and others have been working on Climavision for about 18 months. But the company remains in early stages. It doesn’t yet have a product, nor any customers. It wasn’t incorporated until April under the name Ripple AI Operating LLC, according to Kentucky corporate records.

Goode said he plans to use the $100 million from the Rise Fund, a unit of TPG, to install 50 radars in the U.S. within two years.

The company also plans to ramp up hiring. Climavision employs 10 about equally split between its headquarters in Louisville and a research and development arm in Raleigh, N.C.

It will grow to 25 by the end of the year, with the bulk of new hires in Louisville, Goode said.

He declined to say when or where the company might establish its own office space, saying, “we’ll certainly be looking at a lot of different spaces that would be appropriate.”

Goode declined to disclose Climavision’s implied value as a company from the $100 million investment, though TPG’s Rise Fund is the majority owner and holder of three seats on the company’s five-person board.

TPG did not respond to questions on Friday.

The Rise Fund is a $5 billion pool of investment dollars with an eye toward social good as well as profits. It bills itself as “the world’s largest impact investing platform committed to achieving measurable, positive social and environmental outcomes alongside competitive financial returns.”

“As the need for efficient and accurate climate solutions becomes increasingly urgent, we look forward to working with Chris and his expert team of industry veterans to expand the reach of these crucial insights,” Edward Beckley, a partner at TPG, said in a press release Wednesday.

Larry Horn, executive director of Amplify, a nonprofit organization that seeks to foster entrepreneurship in Louisville, said he wasn’t aware of a local startup that had raised $100 million at once. He said Appellis Pharmaceuticals raised $50 million in 2016 and another $60 million in 2017.

“It’s truly exciting to hear of a local company receiving a significant investment from (venture capital) outside of the state, specifically on the coast,” Horn said in an email. “It’s another example of how Louisville is proving that building tech companies in our region is not only a possibility, but a reality. In a time where more talent is looking for areas to relocate for a better cost of living, this announcement is a huge win for our community.”