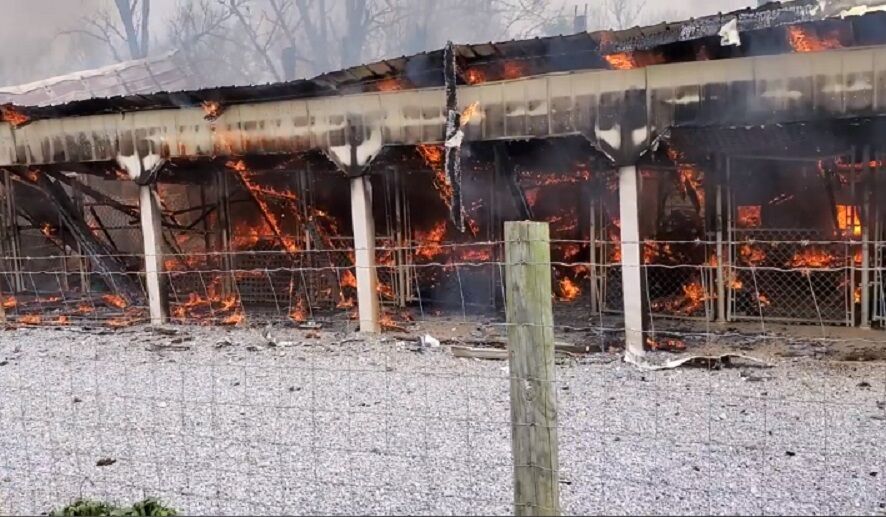 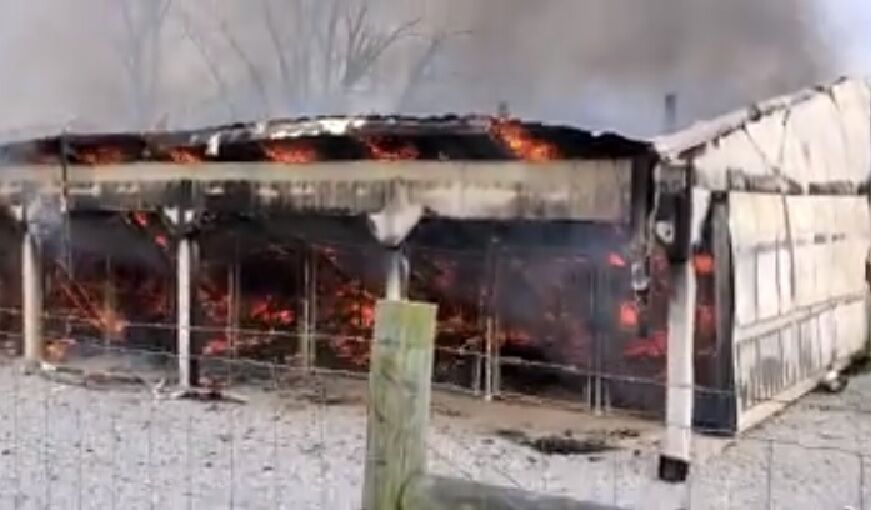 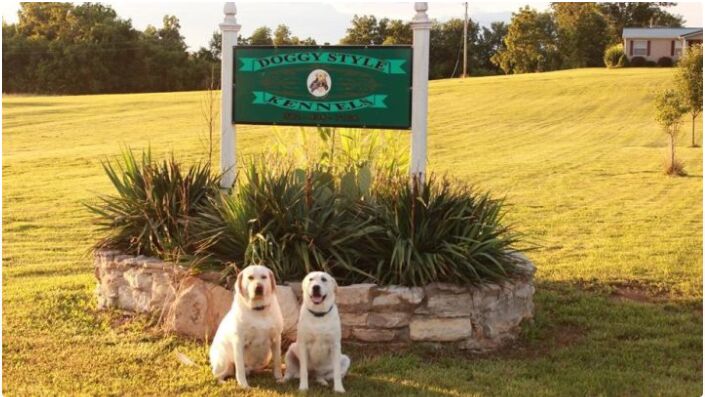 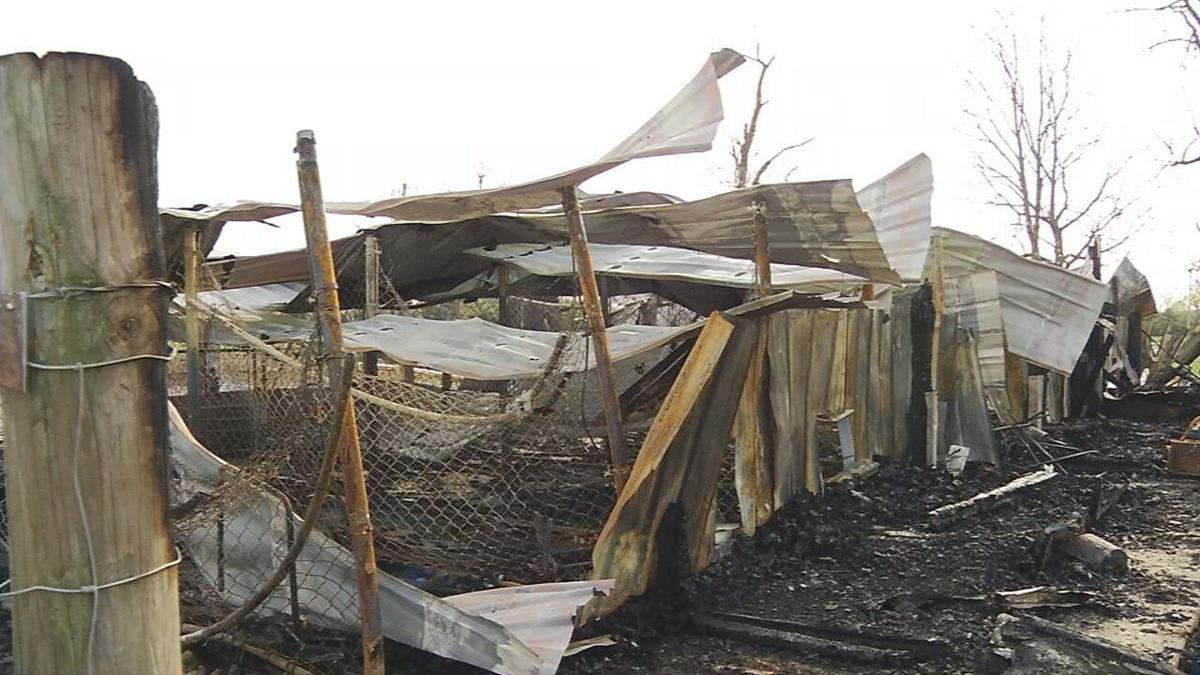 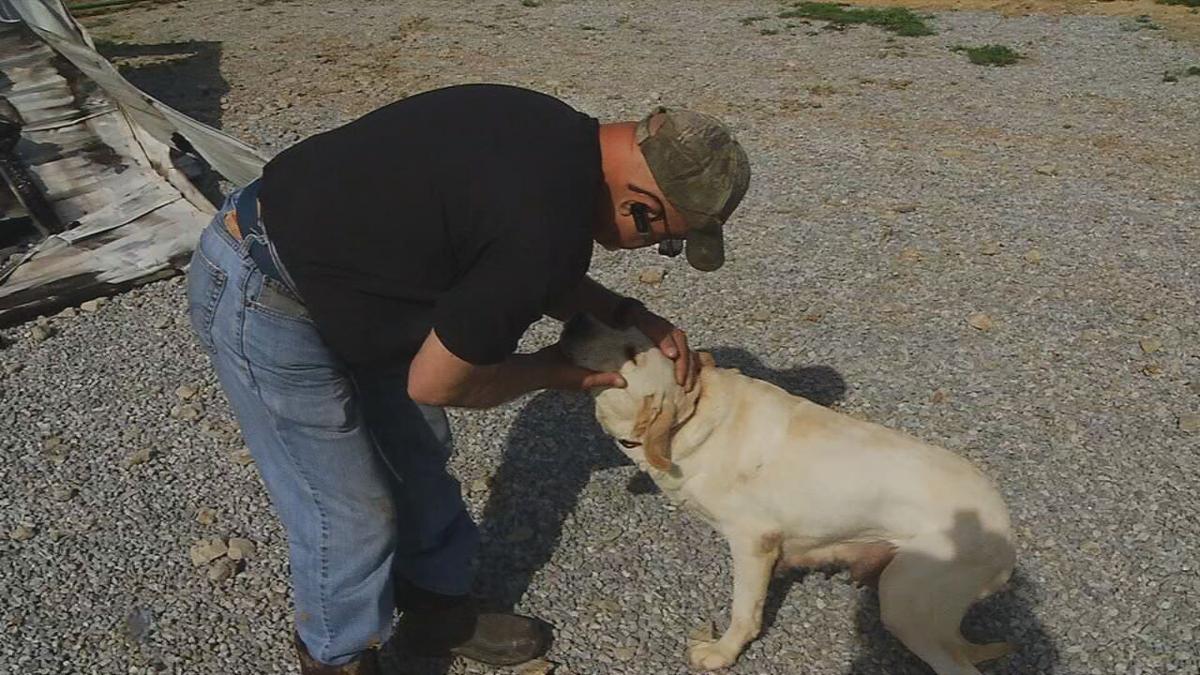 LOUISVILLE, Ky. (WDRB) -- A fire at a kennel in Bardstown killed more than 50 dogs and puppies.

The fire at the Doggy Style Kennels happened Friday, according to a social media post by owner Ron Kraemer. He said he went to town for a load of dog food and returned to find his kennel on fire. A video posted with his message shows the one story kennel in flames.

"I have lost all my dogs and puppies except for Candy that somehow pushed her way through the gate. You can imagine how devastating this is. My dogs were my life," wrote Kraemer, who specialized in breeding Labrador Retrievers.

Kraemer said Candy somehow pushed her way out of the gate.

"When I pulled in the drive there were two neighbors here and they ran up to me 'Ron, we tried! We tried. We couldn’t save any.' And I could see nothing could be saved," Kraemer said.

Kraemer said he hasn't been told officially how the fire started but believes it to be electrical from a heat lamp used to keep puppies warm. He said this will not be the end of his business.

Several comments on the kennel's Facebook page accuse Kraemer of running a puppy mill due to the amount a dogs that were in the kennel at the time.

A GoFundMe page was set up to help Kraemer rebuild. Contributions have already topped the $5,000 goal.