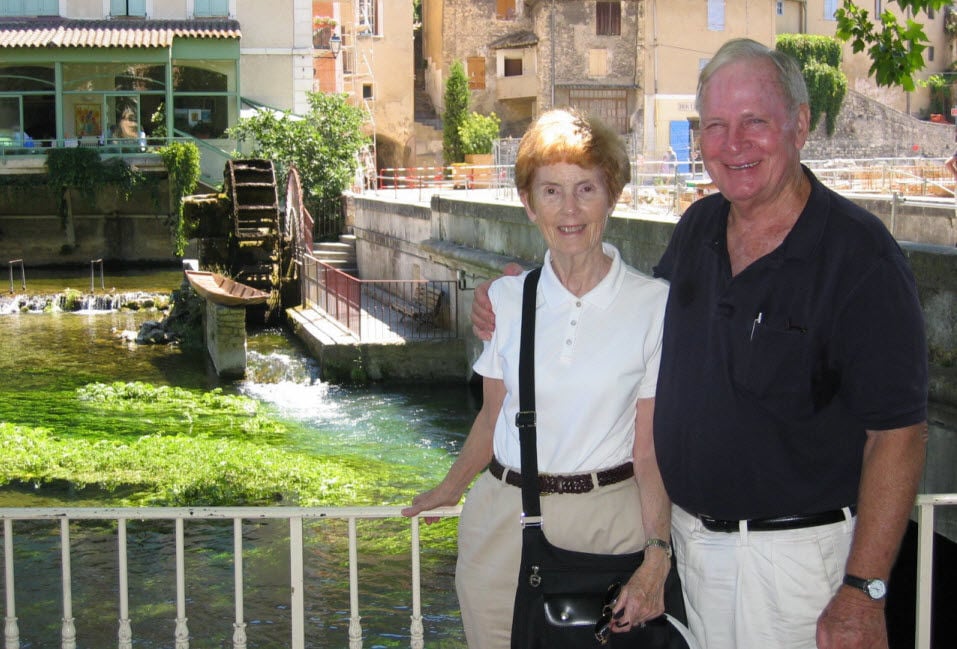 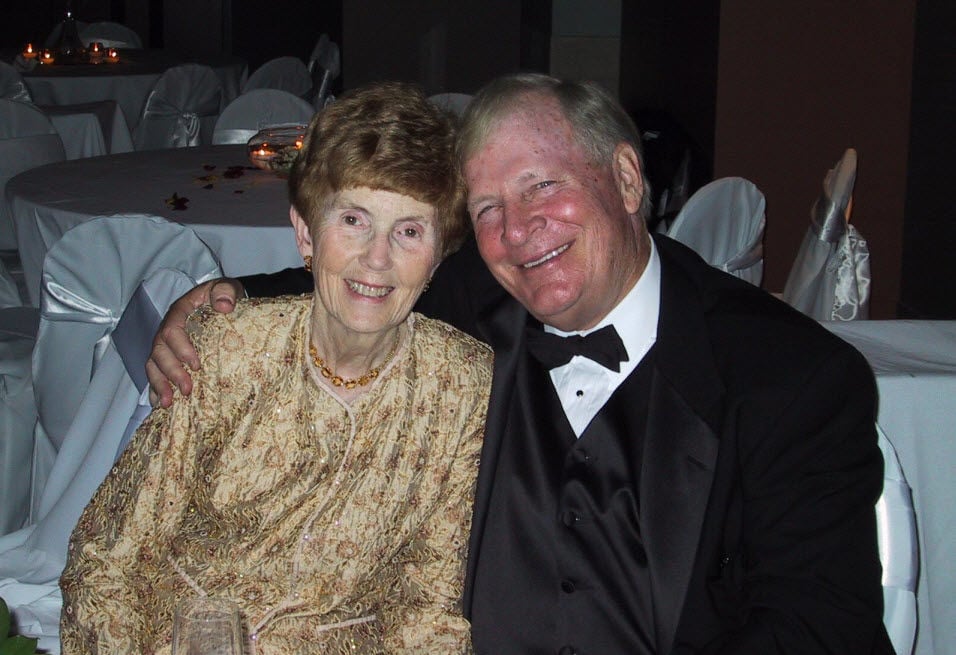 Humana co-founder David Jones Sr. and his wife, Betty. She died in August 2019 and he in September. (courtesy of Humana)

Humana co-founder David Jones Sr. and his wife, Betty. She died in August 2019 and he in September. (courtesy of Humana)

LOUISVILLE, Ky. (WDRB) -- David A. Jones Sr., the co-founder of Louisville-based Humana Inc., died early Wednesday from complications associated with multiple myeloma, leaving a legacy of business, civic and philanthropic leadership in his hometown. He was 88.

A graduate of Louisville’s Male High School, Jones was fresh out of Yale University law school in 1961 when he and Wendell Cherry started Humana, which would evolve into the biggest corporate headquarters in Kentucky and an anchor of high-wage employment in Louisville’s Central Business District.

Jones’ death comes only weeks after that of his wife of 65 years, Betty Lee Ashbury Jones, who passed in August.

After retiring from Humana in 2005, Jones devoted his time and gave millions from his fortune to dozens of civic and charitable causes, including the Ohio River Bridges Project, the Parklands of Floyd's Fork, Simmons College, the Louisville Zoo, the library system and Waterfront Park, among others.

“He had this belief that anything could be done in Louisville, and I think that is what energized him and kept him going,” said Sandra Frazier, an heiress to Louisville’s Brown-Forman Corp. and a longtime family friend of Jones.

Jones grew up on the poor side of town in west Louisville’s Parkland neighborhood and attended the University of Louisville on a Navy ROTC scholarship.

He was a “self-made” man who sometimes had little patience for Louisville’s old-money power structure, Frazier said.

“He would get frustrated over the fact that, as a community, we would debate critical issues to death,” she said.

In 2011, Jones helped marshal the business community to pressure elected officials into making the long-planned bridges project a reality, Frazier said. The two new spans across the Ohio River were finally completed in 2016.

As a businessman, Jones had a knack for pivoting to where the money was. The company that would become Humana began with one nursing home in Louisville and grew to largest nursing home operator in the United States by the late 1960s.

Then known as Extendicare, it went public in 1968. It changed its name to Humana in the 1970s, when Jones steered away from nursing homes and toward the hospital business.

In the 1990s, Humana would evolve once more into its current business, health insurance. With a market value of $37 billion, Humana is one of two Fortune 500 companies headquartered in Kentucky (rank: 56) and employs about 12,000 people in Louisville.

“Many will rightly reflect on David’s brilliance and determination. But he was also one of the kindest, most decent, most generous individuals I have ever met,” McConnell said on the Senate floor on Wednesday.

Other elected officials and business leaders offered effusive praise for Jones on Wednesday:

With David Jones’ passing, we have lost a giant of our city.  From his historic entrepreneurial success to his extensive philanthropy, along with his beloved wife, Betty, he leaves so many well-known city-shaping accomplishments. But it was the countless people he touched with individual acts of kindness that the public will never know about that meant the most to him. Through all of that, his unwavering love for his family was an inspiration for all to behold. David Jones’ commitment to making the world a better place will forever leave a profound impact on our city.

This is a sad day for me personally, and for the Humana team. In his extraordinary lifetime, David changed the lives of so many people. As co-founder of Humana, he planted a seed that today has grown into a company that serves millions of people in their healthcare needs, helping them live healthier and happier lives. In addition to his impact at Humana, he inspired and made a significant difference in the lives of many others, in and outside the Louisville community, and around the world. For those of us who had the privilege of knowing him, we’ve been made better by his presence in our lives. I don’t think we could ever measure the positive impact he has made, especially in his hometown of Louisville.

The world has lost one of the finest men to ever live. In the course of a lifetime, a person would be fortunate to ever meet someone of the combined intellect, generosity, humility and all around caliber of David A. Jones. He was a true giant among men.

It’s impossible to quantify the effect that David Jones Sr. had on not only the state of Kentucky, but the world as a whole. While he will forever be remembered for his impact on the healthcare industry, his lasting memory will be one of a caring and patriotic man who loved Kentucky.

As a businessman, he was a visionary who changed the delivery of health care dramatically. However, his real legacy can be found in the countless individuals and charitable organizations that he invested in building.

Today, I join countless Louisvillians in mourning the loss of David Jones Sr., founder of Humana and a philanthropic champion for our city. David Jones’ generosity has touched nearly every single facet of our community, from our thriving arts scene to our parks system, just as the business he started with a $1,000 dream 58 years ago has become a pillar of our local economy. I can’t think of an individual who has had a greater impact on the city we call home. He will be missed.

I am saddened to learn of the passing of David Jones, Sr. Mr. Jones was a visionary leader, a generous philanthropist, and an inspiring mentor to many, including myself. But equally as important, he was a kind gentleman and a caring family man. I will miss his counsel and guidance personally, but I know that his legacy of leadership and generosity will live on in this community.

One of the most profound influences in my life is David Jones Sr. He was one of the first white men I had ever met who believed in me more than I believed in myself. When I became president of Simmons, we had nothing, but he believed in us and wrote a check for $1 million dollars- he was from West Louisville and the best friend West Louisville ever had.

The Louisville community lost a giant today, and UofL lost a close friend. David Jones meant so much to UofL. Whether serving on our Board of Trustees or financially supporting academic programs and services for our students, he constantly sought ways to better his alma mater and this community. On a personal level, he and his beloved wife, Betty, were among the first people I met in Louisville, and both were dear friends. They will be missed. Our hearts and thoughts go out to the Jones family.

We are so fortunate as a community to have someone like him who was self-made, remembered where he came from, what got him there, and believed in giving back.  But what I will remember about him most is that he was a incredibly kind person.  Philanthropically, he was incredibly quiet about the work he supported, and he did not for his own reasons, but for the betterment of the community and state.  He believed that anything could be done in Louisville, which is why he was so passionate and committed to doing things best in class.  He made himself available, gave feedback and was honest.   He celebrated successes of rising entrepreneurs, students, and people in the community, and he believed in doing things quietly first and then raising awareness if the need wasn’t heard.

What a lot of people don’t realize is that had it not been for David Jones, life in Louisville for all of us would be dramatically different.  The Ohio River Bridges Project was on its way to stalling for the umpteenth time in 2011, when Mr. Jones stepped in and brought the business community together along with the Bridges Coalition to bring renewed pressure on elected officials to get it done. When the plan was to close part of Third Street in the mid-90s for the expansion of the Convention Center, he weighed in and kept it from happening.  I can recall getting a phone call from him several years ago asking for my opinion on other traffic plans downtown that called for closing swaths of downtown streets while the convention center was being renovated, and he intervened and made a lot of downtown commuters lives a lot easier by preventing a full-on road closure while construction went on.  Everyone involved in community issues and projects has a “David Jones story.”

He impacted the lives of hundreds of thousands of people through the creation of Humana, a major health care company in our nation. A man from humble beginnings, he will also be remembered for his caring and philanthropic endeavors. His generosity touched many in our city. He was dedicated to enhancing the quality of life for so many whether it was health care, education, or parks. David Jones showed all of us that you must share successes and accomplishments by giving back to make sure everyone benefits. On behalf of the Metro Council, our thoughts and prayers are with the Jones family during this time of grief. May they celebrate the life of a great man who left an impressive mark during his lifetime.

Funeral plans have not been announced.