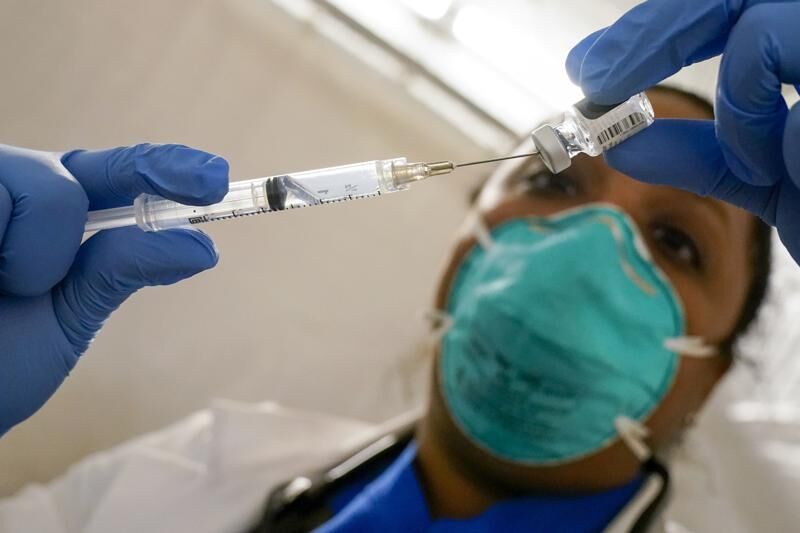 FILE - In this Jan. 15, 2021, file photo, Dr. Yomaris Pena, Internal Medicine Physician with Somos Community Care at a COVID-19 extracts the Pfizer COVID-19 Vaccine out of a vial at a vaccination site at the Corsi Houses in the East Harlem neighborhood of New York.  (AP Photo/Mary Altaffer, File) 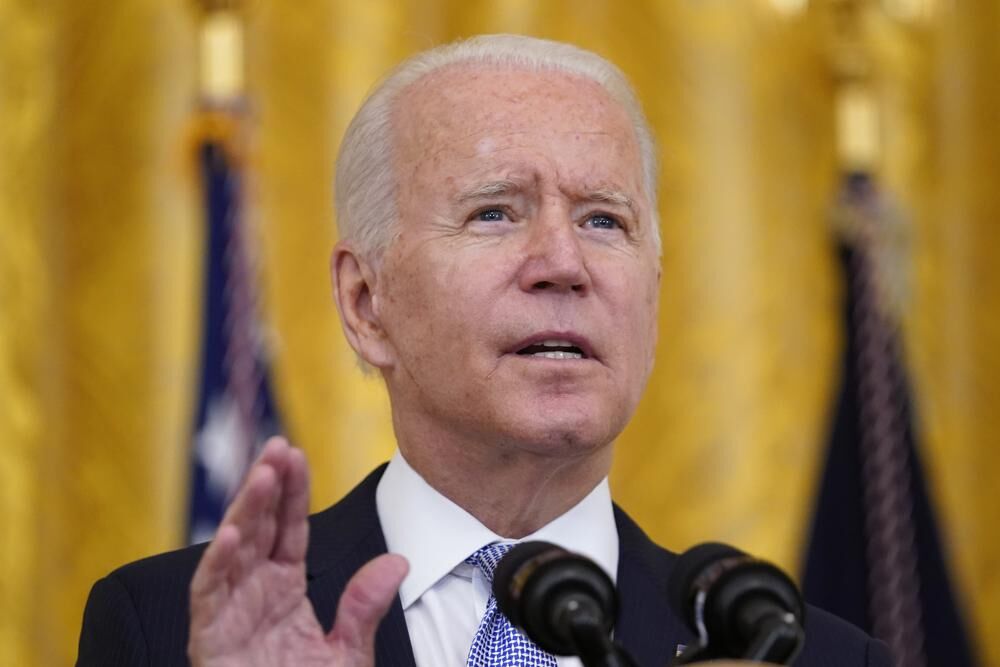 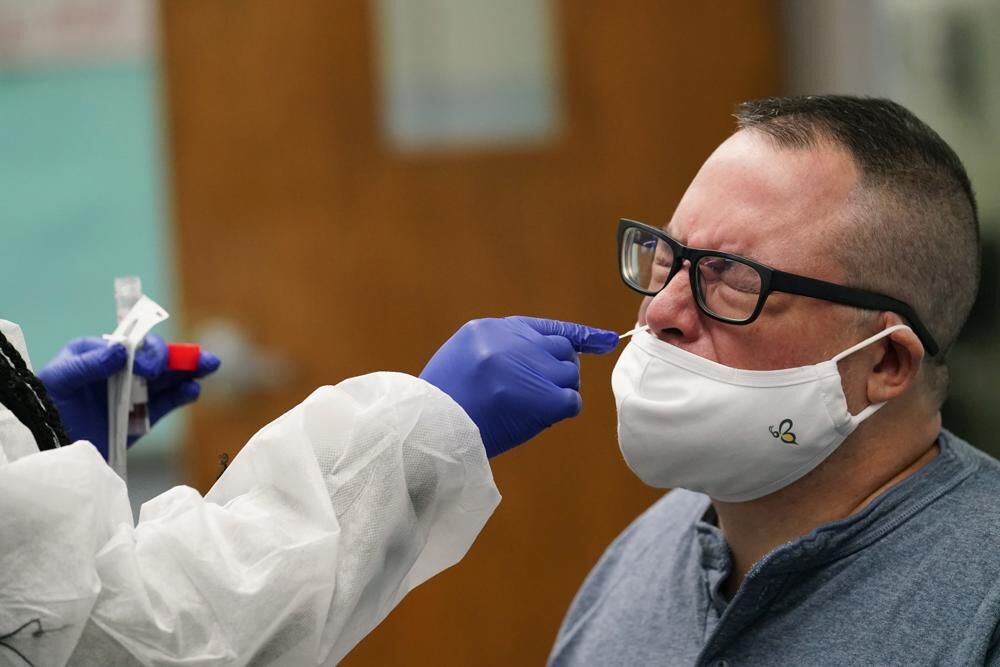 FILE - In this Jan. 15, 2021, file photo, Dr. Yomaris Pena, Internal Medicine Physician with Somos Community Care at a COVID-19 extracts the Pfizer COVID-19 Vaccine out of a vial at a vaccination site at the Corsi Houses in the East Harlem neighborhood of New York.  (AP Photo/Mary Altaffer, File)

“The federal government contracts with private businesses and public agencies in states across the country, and the Commonwealth is no exception, meaning that numerous Kentuckians are subject to the Biden Administration’s unconstitutional vaccination requirement,” said Attorney General Cameron in a release.

“We are taking the issue of federal overreach seriously and will protect the livelihoods of countless Kentuckians and Kentucky businesses from overbroad mandates,” he said.

Ohio and Tennessee are joining the lawsuit, which outlines the harm the attorneys general believe the mandate will have on their respective states.

Indiana Gov. Eric Holcomb released a statement Wednesday, saying he is directing the Indiana Department of Labor to work with Attorney General Todd Rokita to file a lawsuit.

"This is an overreach of the government’s role in serving and protecting Hoosiers. While I agree that the vaccine is the tool that will best protect against COVID-19, this federal government approach is unprecedented and will bring about harmful, unintended consequences in the supply chain and the workforce,” Holcomb said.

Rokita said he's working with Louisiana and Mississippi to file a lawsuit for the mandate for federal contractors, also calling the mandate an overreach.

"With the economic crisis we are in, with the worker shortage we have, the supply chain problems we are having, this is really going to exacerbate the problem," he said, adding that the state will challenge each of the three mandates in separate lawsuits.

Tens of millions of Americans who work at companies with 100 or more employees will need to be vaccinated against COVID-19 by Jan. 4 or get tested for the virus weekly. The new government rules were issued Thursday by the White House after President Biden previewed the requirements in September.

"Since the federal mandate and the testing mandate was announced, we've been in constant communication with impacted businesses in our region,” said President & CEO of Greater Louisville Inc., Sarah Davasher-Wisdom. While she could not comment on the legality of Cameron's suit, Davasher-Wisdom says the company recognizes the critical role vaccinations play in the health of Kentucky's workforce and economic growth.

"While many support the impending federal requirements, there remains concern over its potential implications on already dire talent shortages,” she added."

On the other hand, OSHA (Occupational Safety and Health Administration), which ensures employees work in a safe and healthful environment, requires workers in large companies to either "be fully vaccinated by that same date or face regular testing going forward."

Davasher-Wisdom says despite the federal agency's strict standard it does give businesses a little slack.

"We appreciate OSHA's strategic guidance to not place the burden of paying for testing on employers and we continue to advocate these requirements are as at least burdensome as possible on businesses."

The Occupational Safety and Health Administration says companies that fail to comply could face penalties of nearly $14,000 per violation. The rules will apply to about 84 million workers at medium and large businesses. It is not clear how many of those employees are unvaccinated. A senior administration official says the agency would target companies, if it gets complaints.

The Department of Labor reports that federal contractors account for approximately one-fifth of the country’s entire labor force. In fiscal year 2021, the federal government awarded $9.3 billion across 32,465 contracts for work done in Kentucky. The coalition of attorneys general argue job losses from the mandate could increase worker shortages, impact the economy and make current supply chain issues worse.

Cameron said in the release that some local jails in Kentucky contract with the U.S. Justice Department to detain, house and transport federal prisoners. Under state law, jail workers are encouraged to get vaccinations, but they are not required. Under the new rules, Cameron says unvaccinated workers at jails will be forced to receive the vaccine or lose their job. He says that could reduce jail staffing and increase a threat to public safety.

The attorneys general also argue that the mandate is unconstitutional because Congress did not give the President authority to issue the mandate.

Cameron joined 20 attorneys general in a letter to President Biden last week expressing concerns about the mandatory vaccination requirement and asking the Administration to halt the mandate.

Read a copy of the lawsuit here.