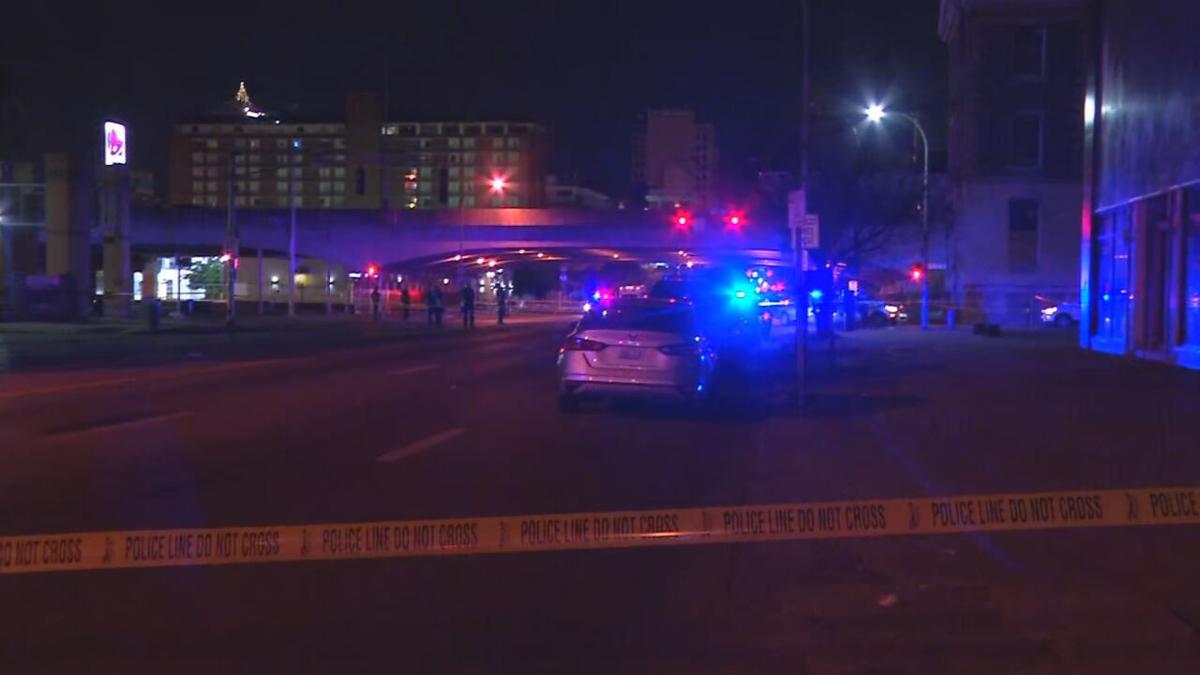 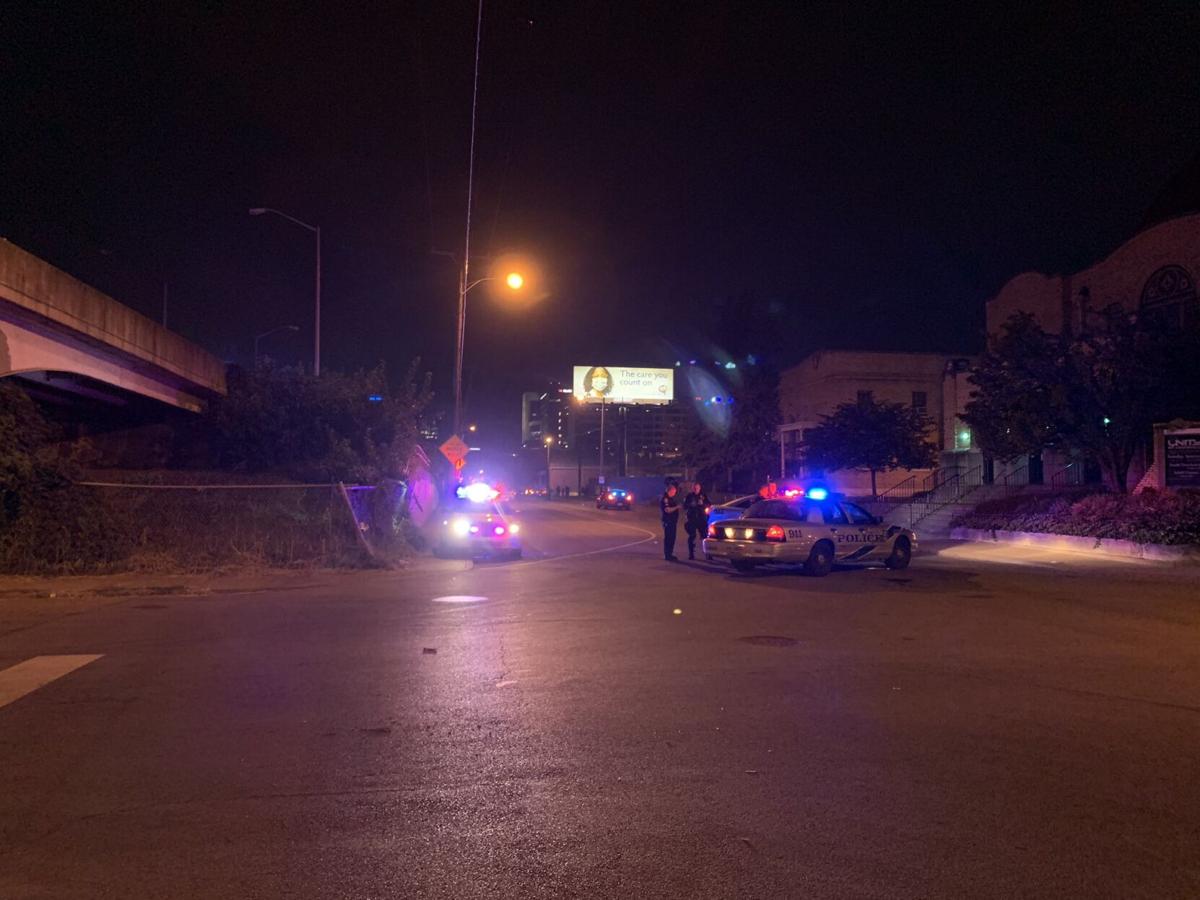 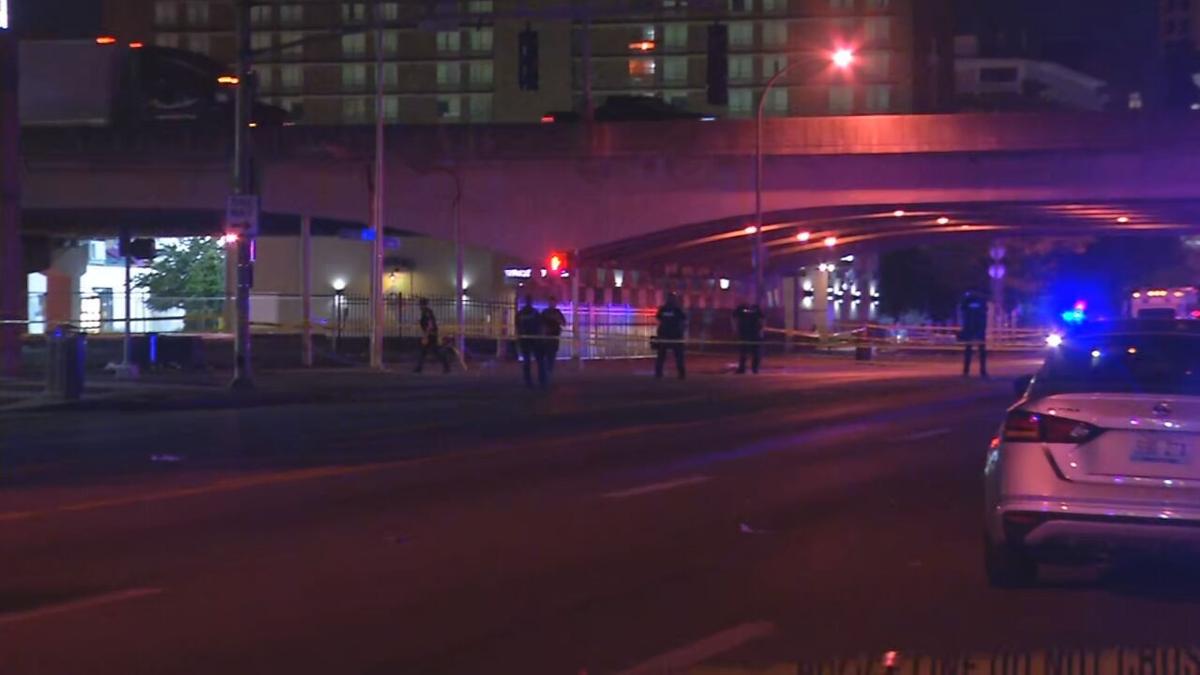 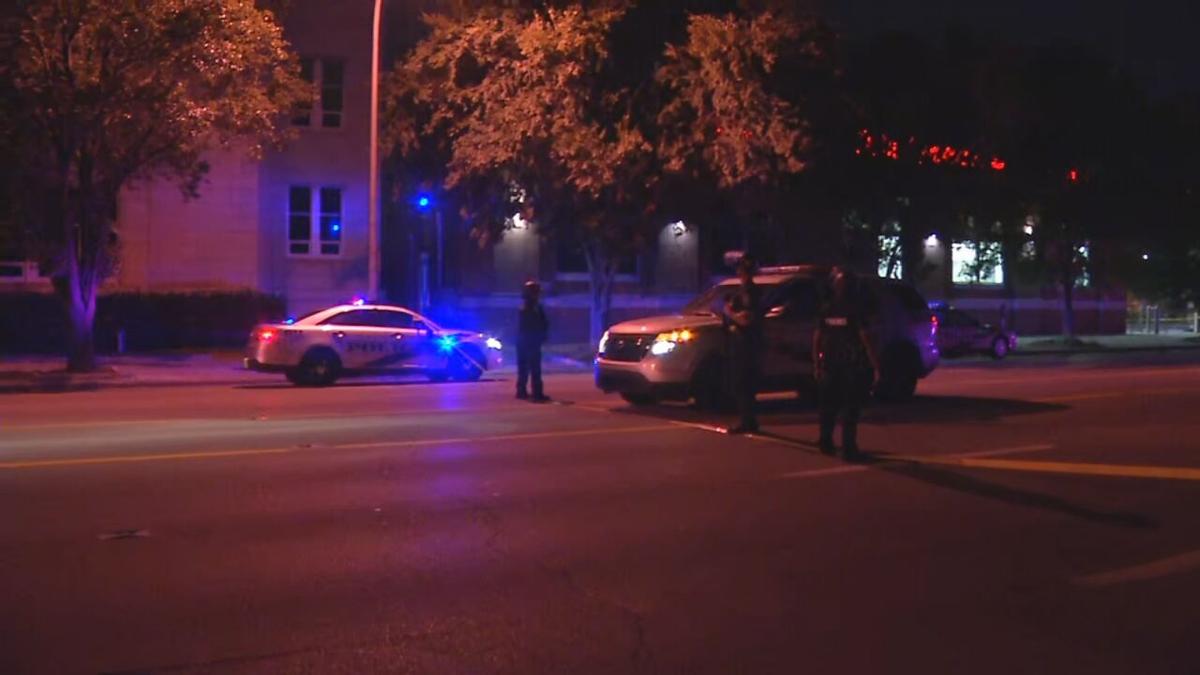 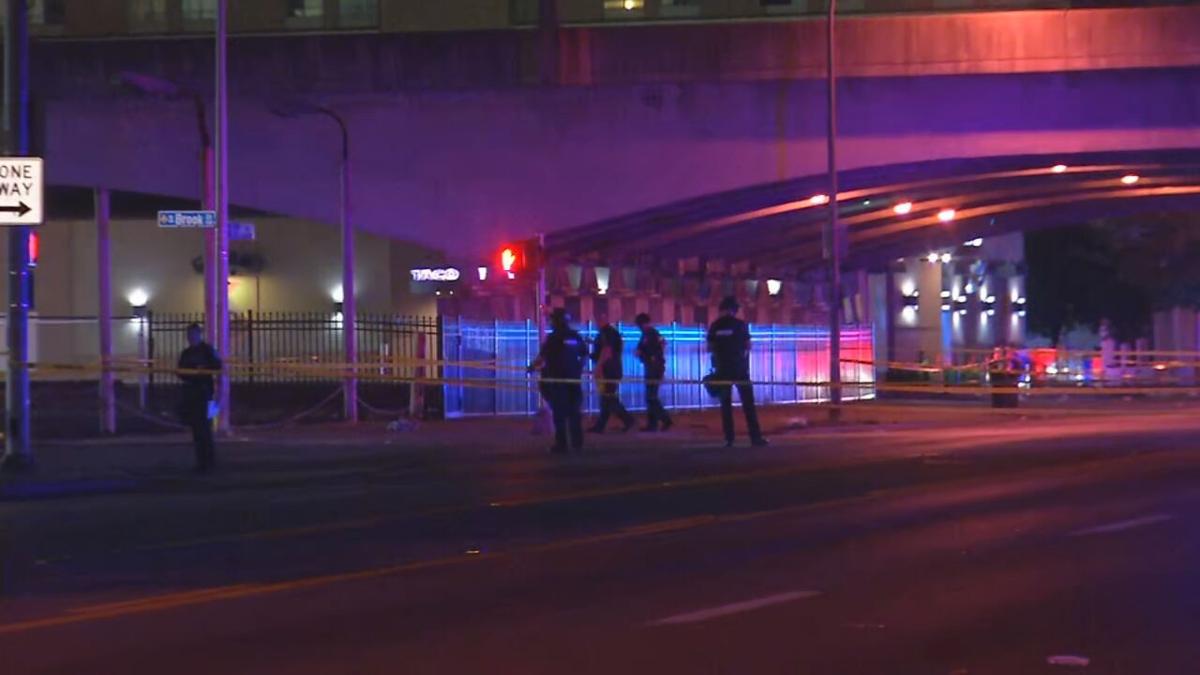 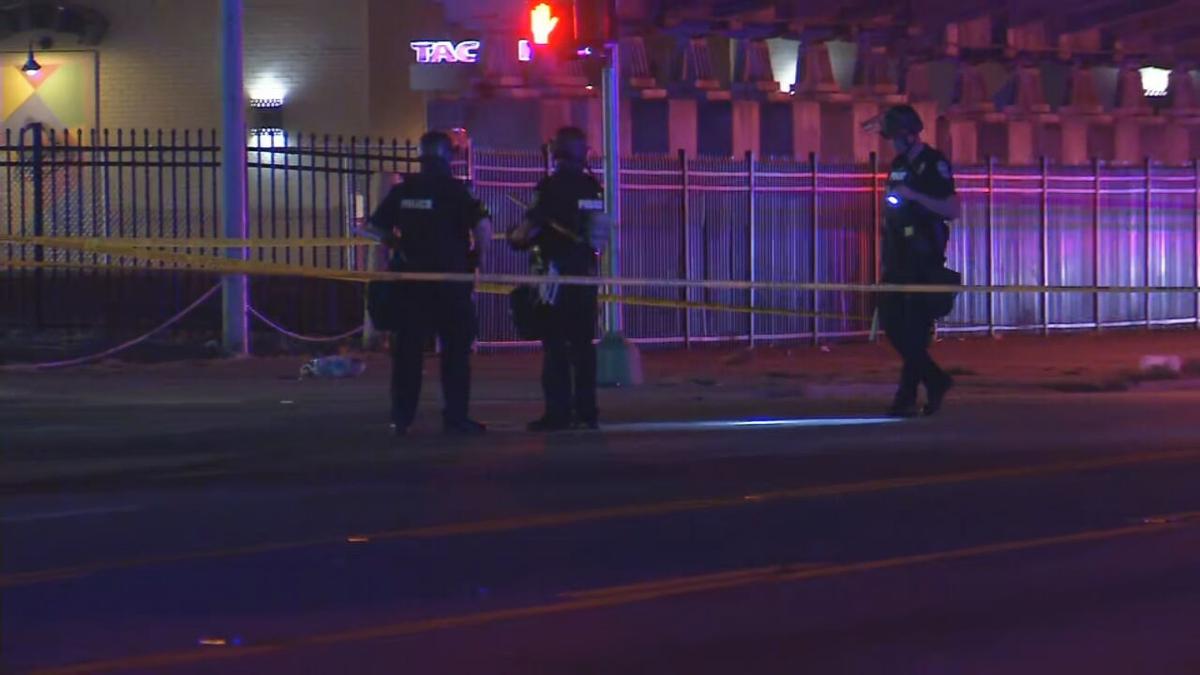 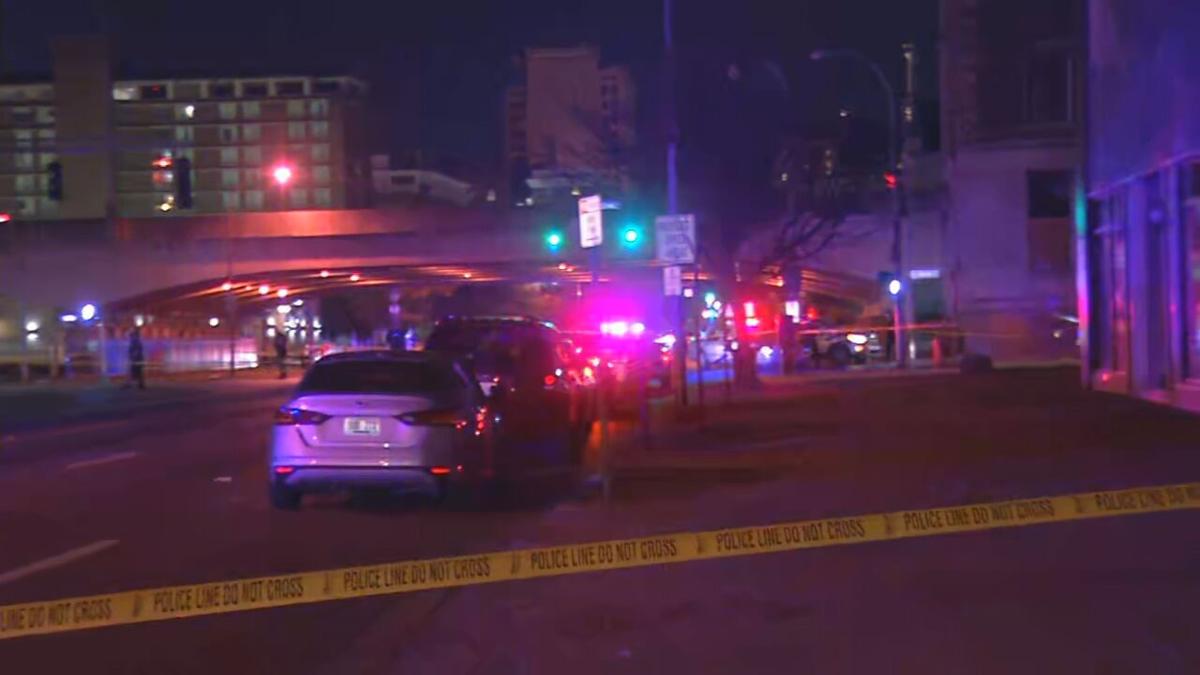 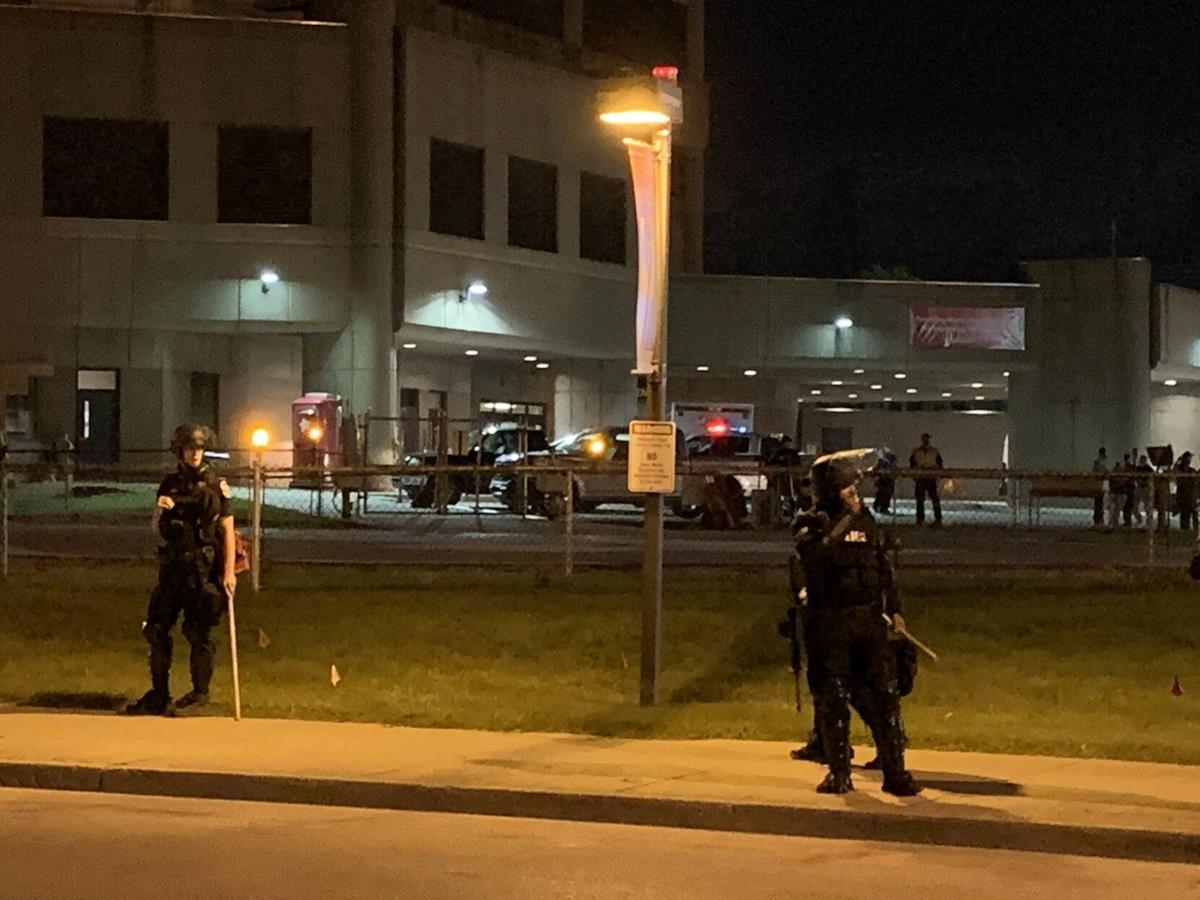 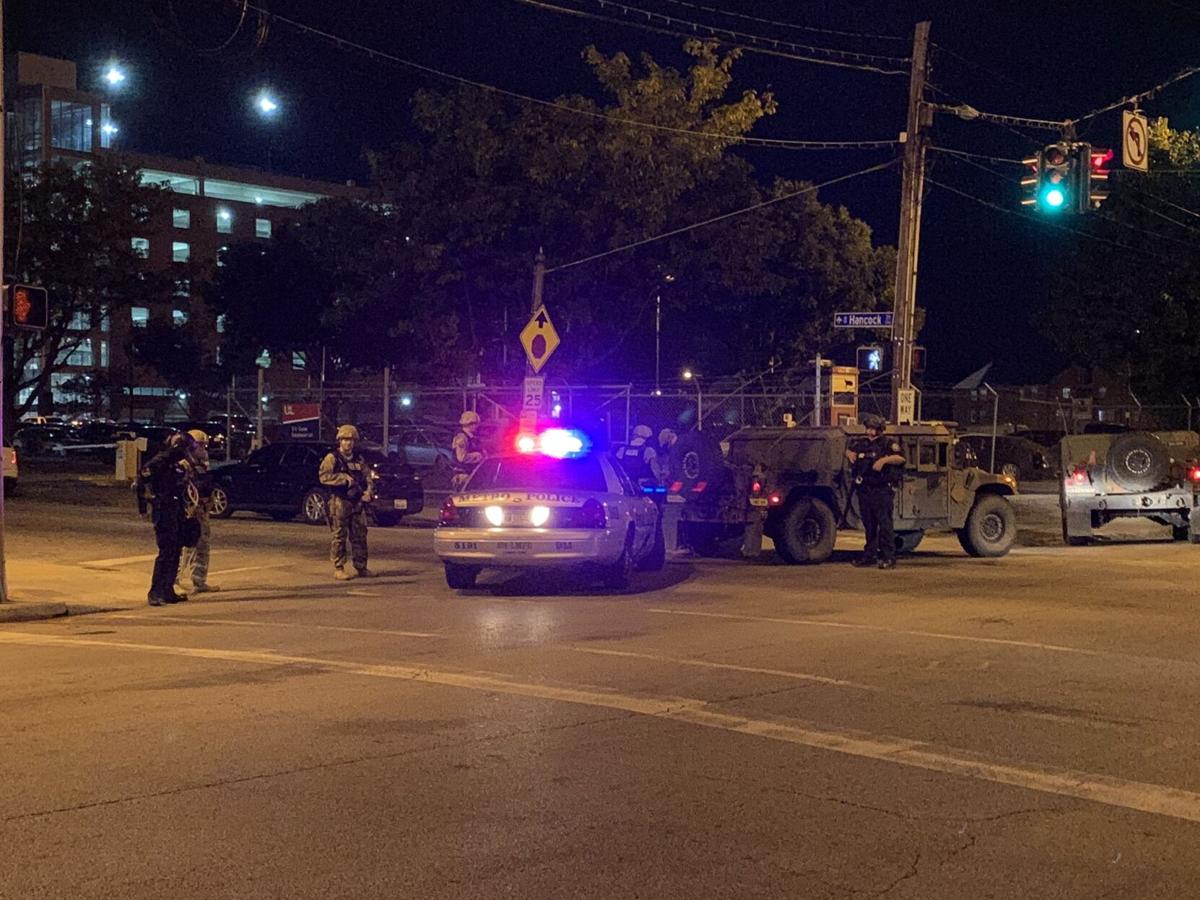 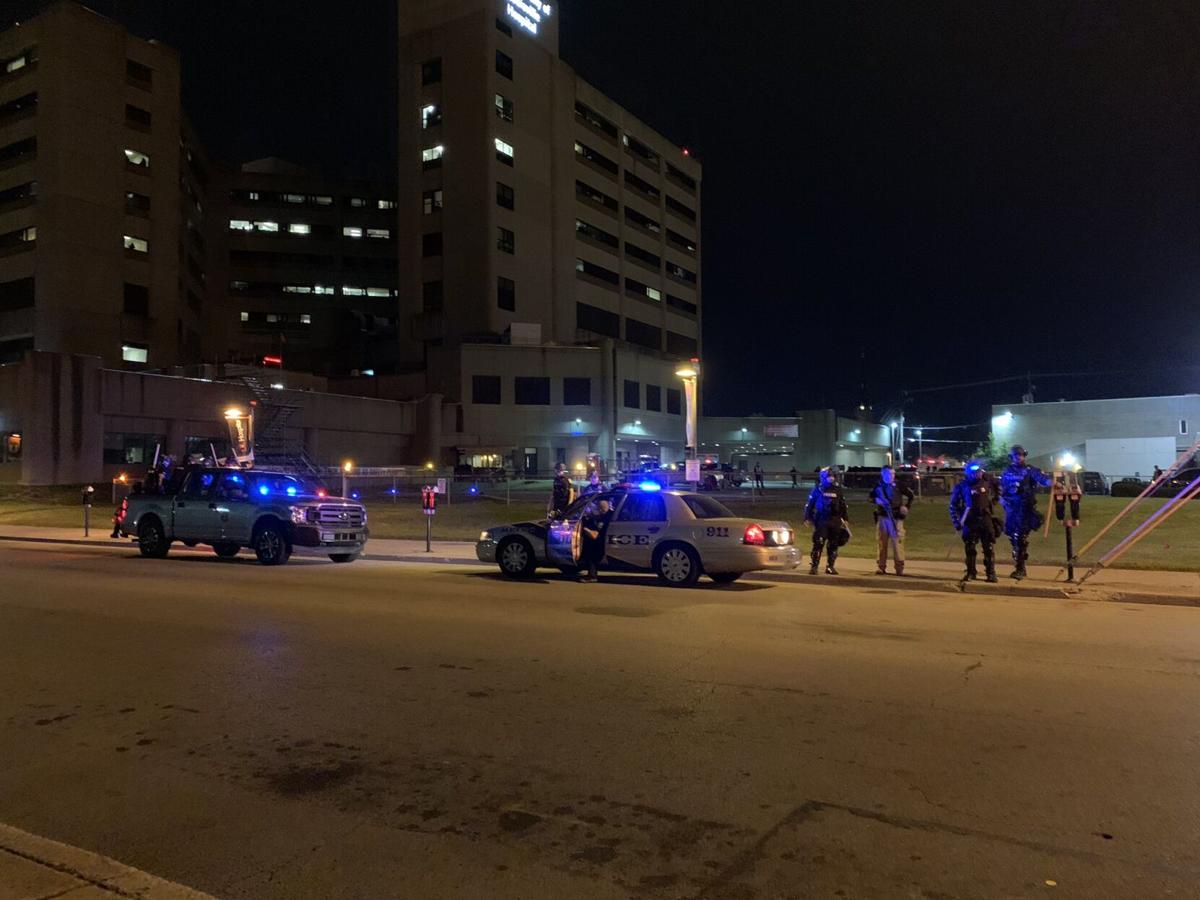 One of the officers is undergoing surgery, and the other is alert, Schroeder said. Their injuries are not life-threatening.

A suspect is in custody in connection to the shootings, according to police.

The shootings occurred sometime before 8:30 p.m. Wednesday at Brook Street and Broadway, a supervisor with MetroSafe confirmed to WDRB News. Schroeder said the officers were responding to South Brook and East College streets on reports of a shooting and a large crowd in the area when they were shot.

Schroeder did not disclose the officers' names.

Kentucky Gov. Andy Beshear tweeted a video Wednesday night with a message on the day's events in the state, protests in Louisville and the shooting that injured the two LMPD officers.

"Many people are feeling powerful emotions. Whether that's frustration, anger, concern, and many people have been out on the streets, especially in Louisville tonight, giving voice to those emotions," Beshear said. "But sadly, we have seen at least one individual turn what were not violent ways of expressing ourselves, into the shooting of at least two law enforcement officers. We know that the answer to violence, is never violence, and we are thinking about those two officers and their families tonight."

Beshear also had a message for protesters: Go home.

"Go home tonight. There will be many times over the coming days where there will be an opportunity to be heard and so many people are listening right now. As your governor, I've promised to listen," he said.

You can watch Beshear's video in full in the Tweet below or by clicking here.

A message from Governor Beshear on events tonight in Louisville. pic.twitter.com/XK8FZSXy8D

President Donald Trump also took to Twitter to send his thoughts to the two officers.

Praying for the two police officers that were shot tonight in Louisville, Kentucky. The Federal Government stands behind you and is ready to help. Spoke to @GovAndyBeshear and we are prepared to work together, immediately upon request!

"Praying for the two police officers that were shot tonight in Louisville, Kentucky. The Federal Government stands behind you and is ready to help," the president said, adding that he had talked to Gov. Beshear and that they were "prepared to work together, immediately upon request."

Amy McGrath, the democratic candidate running to unseat Sen. Mitch McConnell as Kentucky senator, Tweeted that the shooting was "unacceptable," and that the focus of protests needs to be on "tearing down systemic injustices, not tearing down our communities or harming each other.

(1/2) The shooting of police officers tonight in Louisville is unacceptable. I urge everyone to remain peaceful and to stay safe. Our focus needs to be on tearing down systemic injustices, not tearing down our communities or harming each other.

(2/2) My prayers tonight are for Breonna Taylor’s family, the injured officers and the entire city of Louisville.