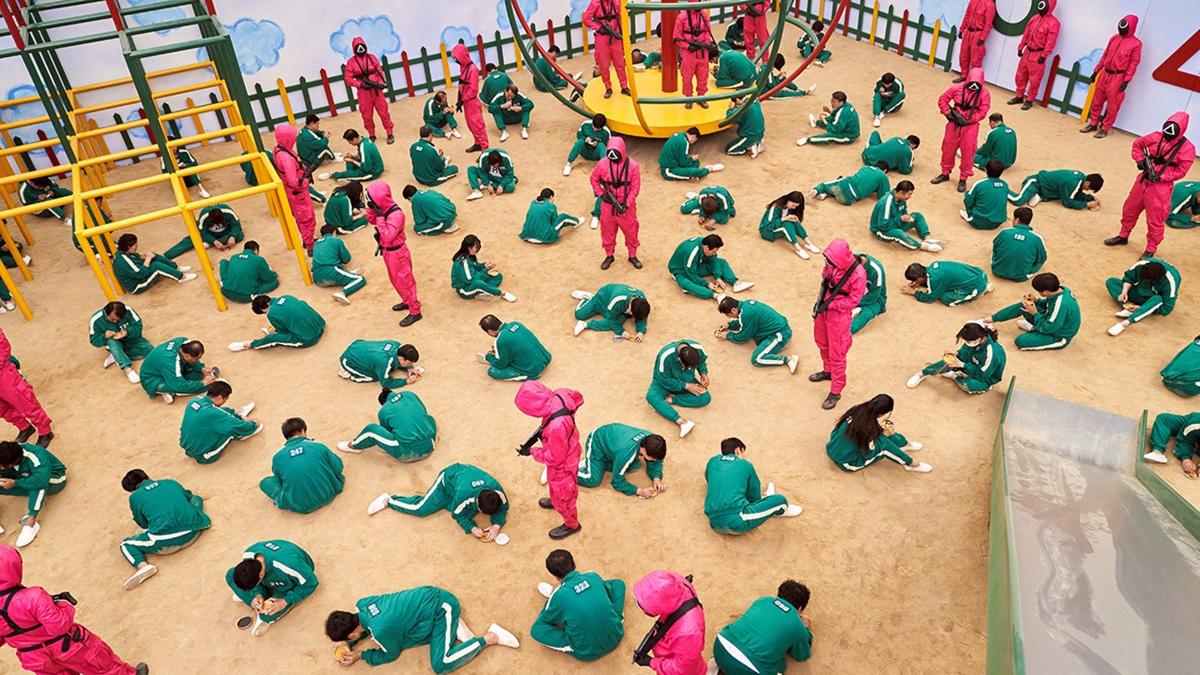 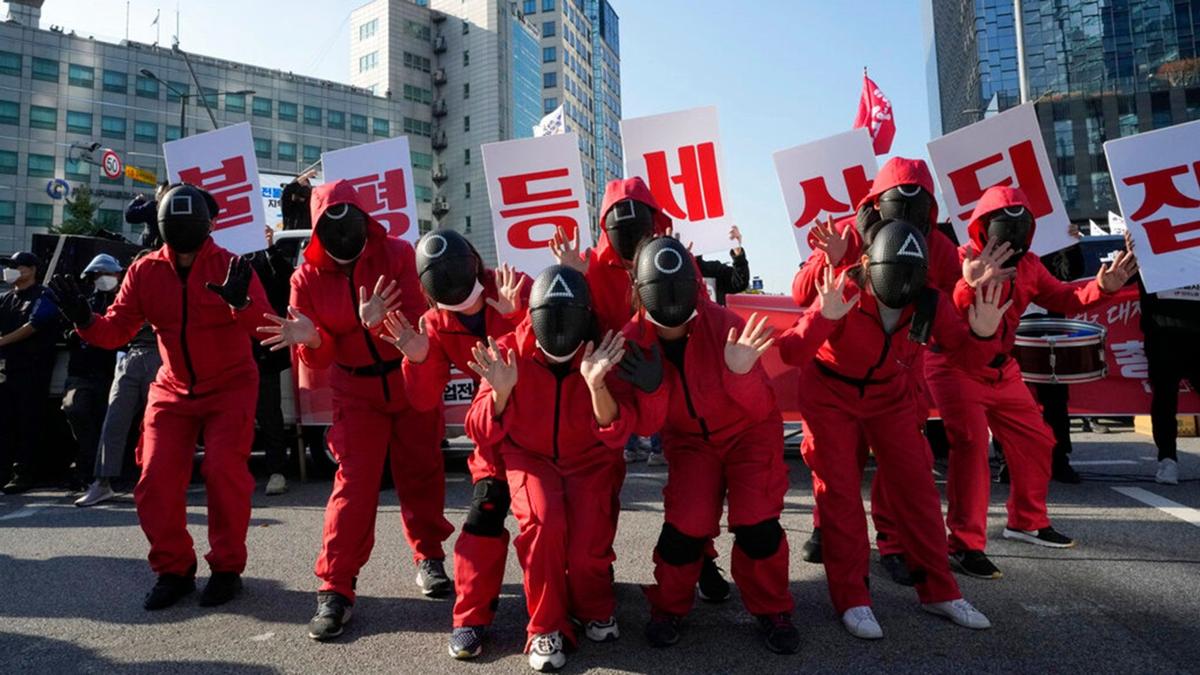 (FOX NEWS) -- Three elementary schools in New York have reportedly banned Halloween costumes related to the popular Netflix series "Squid Game," because of the violence in the series.

Mott Road, Enders Road and Fayetteville elementary schools -- which are all part of New York’s Fayetteville-Manlius School District -- have all banned costumes related to the Korean horror series for Halloween.

This year, "Squid Game" costumes are the number one searched term for costumes, Fox News reported.

District Superintendent Dr. Craig J. Tice told Fox News in a statement that the district’s elementary school principals send Halloween costume guidelines -- which ban items that could be interpreted as weapons, as well as gory or scary costumes -- to parents every year.

This year, "Squid Game" costumes were added to the list of prohibited costumes since some students have started playing their own version of "Squid Game" on the playground.

"Because of this activity, our principals wanted to make sure our families are aware that it would be inappropriate for any student to wear to school a Halloween costume from this show because of the potential violent messages aligned with the costume," Tice told Fox News.

Tice added: "They also wanted families to be aware that some of our younger students are talking about and mimicking aspects of the show/game at school so parents and guardians would have the opportunity to speak with their children themselves about it and reinforce the school message that games associated with violent behavior are not appropriate for recess."

Other schools around the country -- and around the world -- are also dealing with children playing their own version of "Squid Game" on the playground.

Ilea Faircloth, the principal of Hiland Park Elementary School in Panama City, Florida, previously told Fox News that students at her school were hitting and kicking each other as the "elimination" portion of "Squid Game."

She said that after school officials became aware of what was going on, they spoke to the children involved and sent out a message to parents.

No child was seriously hurt, Faircloth told Fox, and since school officials talked to parents, there haven’t been any more issues on the playground.

"We just have to be hyper-vigilant at the school level, no matter what age group it is," Faircloth told Fox News at the time.

"Squid Game" debuted on Sept. 17 and has already become a massive hit.

The Korean horror series -- Netflix’s "biggest series launch ever" -- tells the story of 456 people who have dire financial troubles and participate in a series of children’s games such as "Red Light, Green Light" in the hopes of winning a massive cash prize. However, the penalty for losing is a brutal death.

The show, which has been streamed more than 111 million times since it debuted last month, is rated TV-MA for language, violence, sex, nudity, suicide and smoking, according to Netflix.