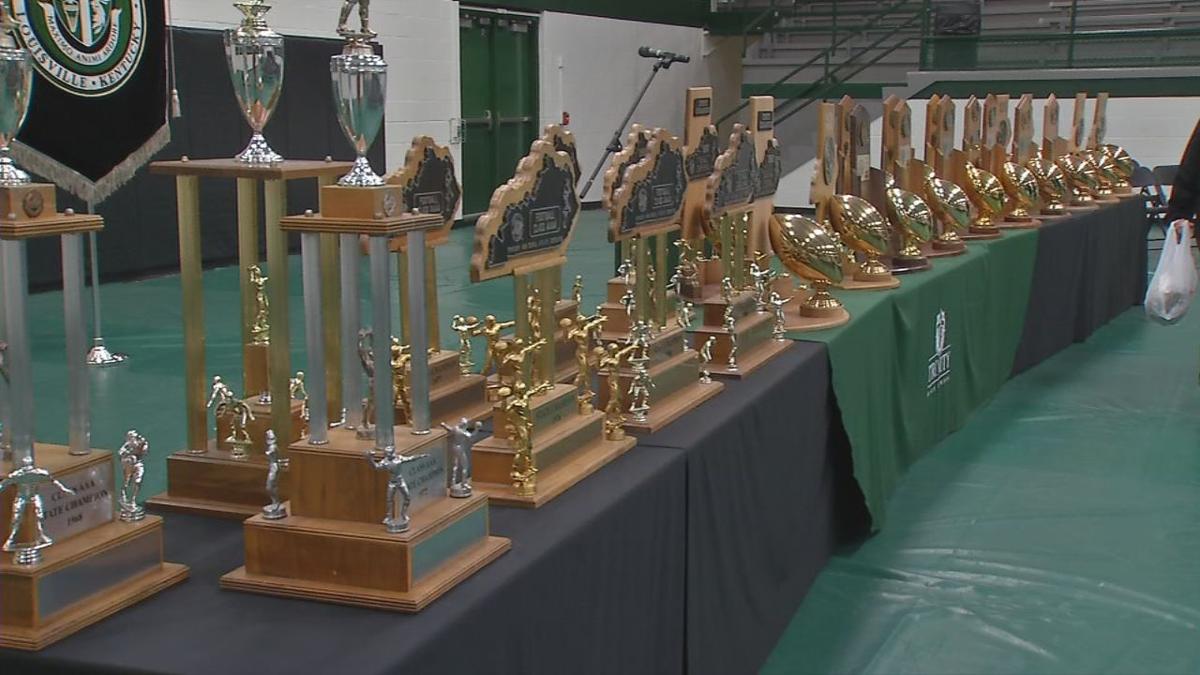 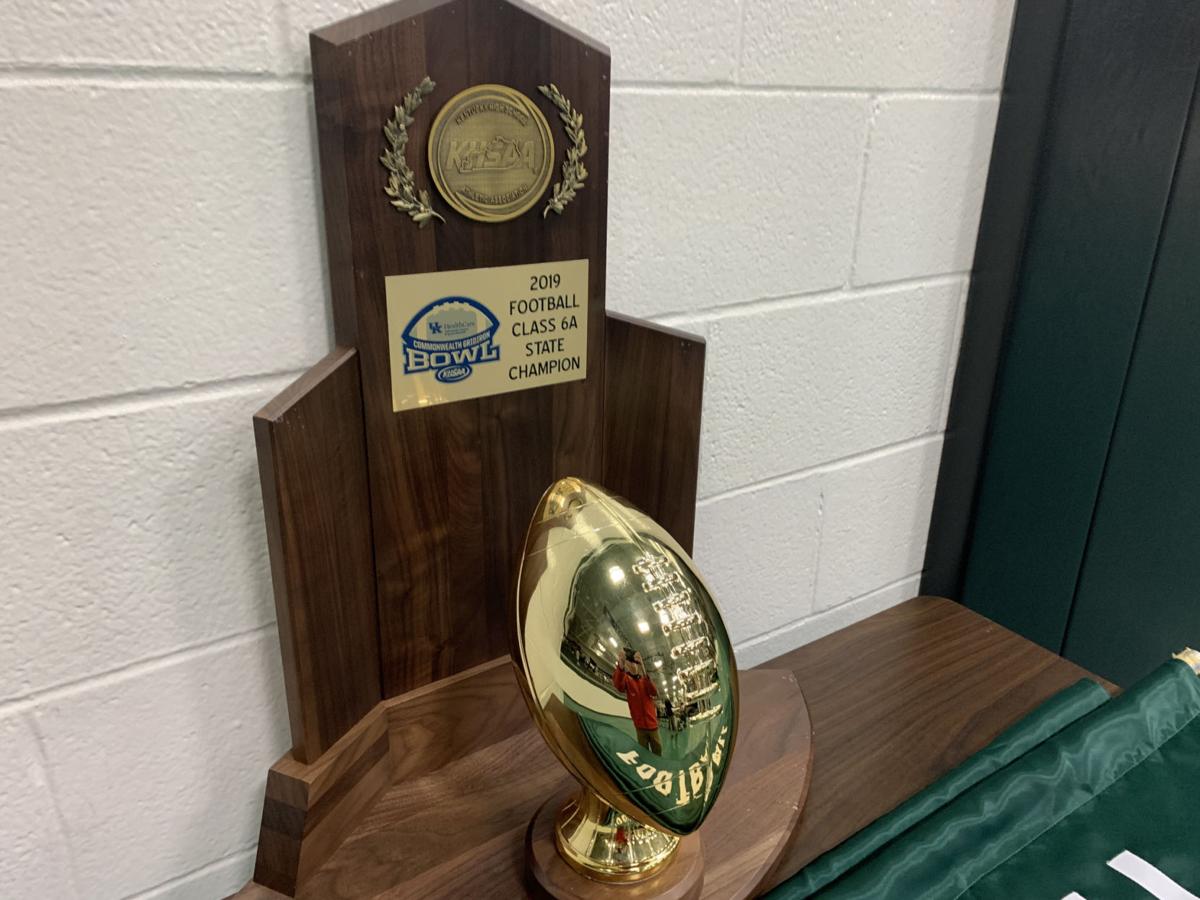 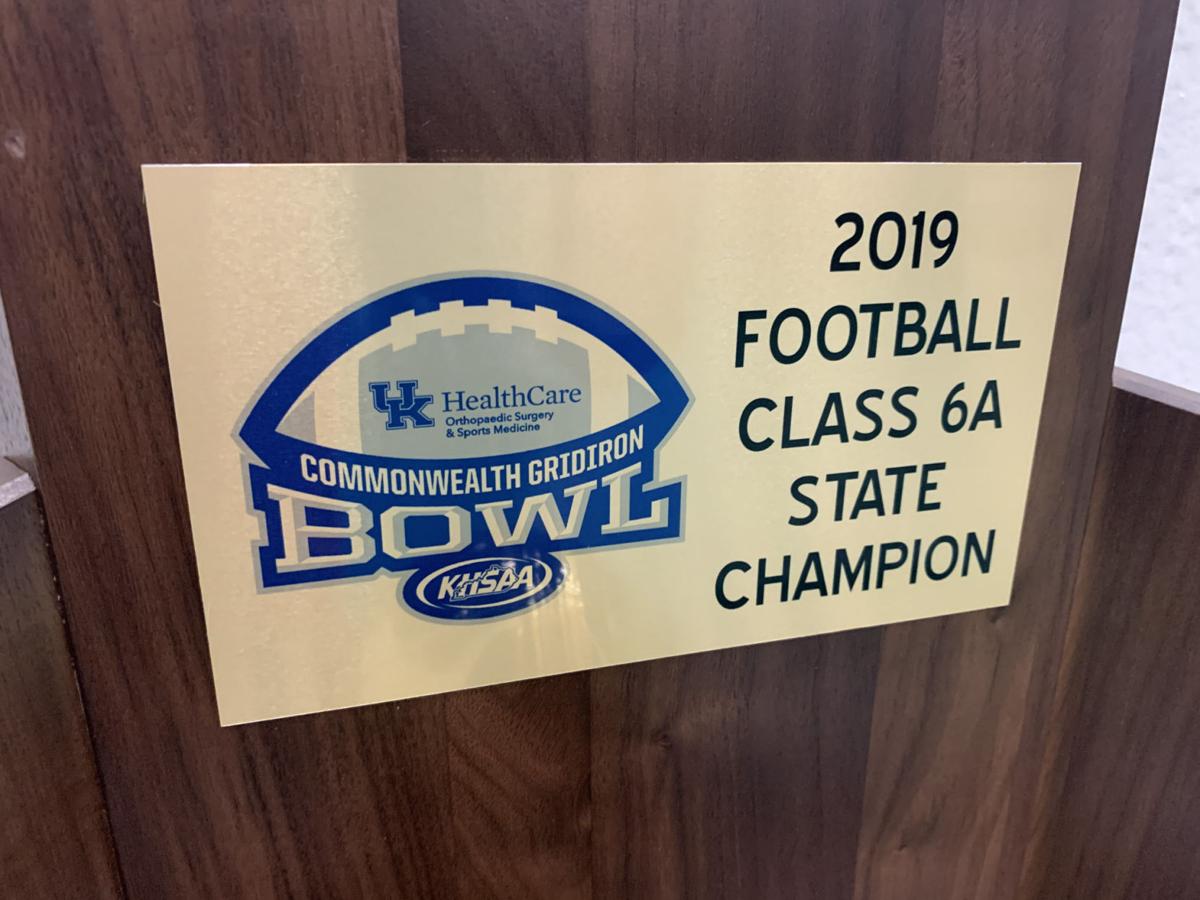 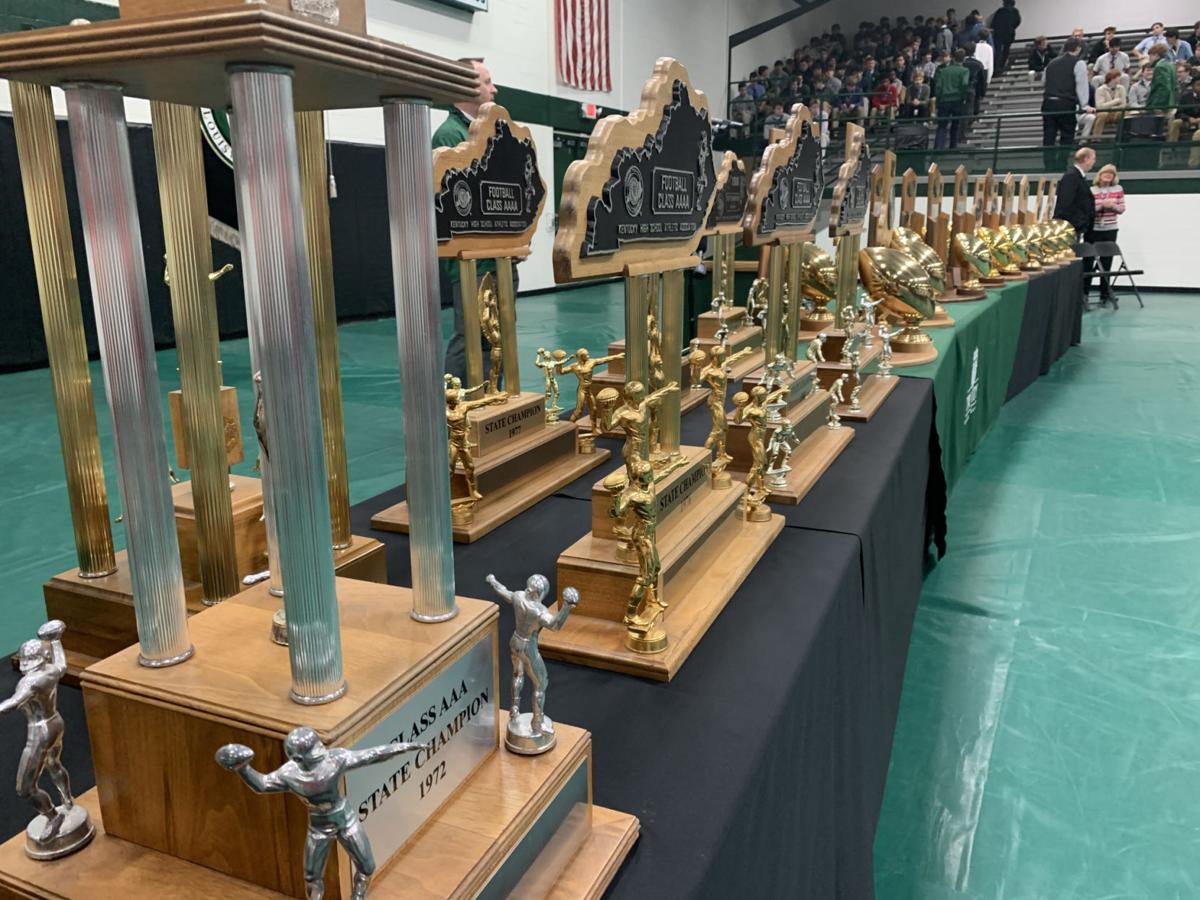 The school showed off its collection of trophies during an assembly to celebrate.

The football team finished the season with 13 wins and two losses. Head Coach Bob Beatty says both of the losses motivated the Shamrocks' late-season success.

He says players and coaches were ready to avenge an overtime loss to Male High School in Week 5. Trinity defeated Male 28-6 in the title game.

"Good is the enemy of great," Beatty said Monday. "We say that quite a bit in our locker room. Being afraid to fail is not an option on our football team or at Trinity High School."

Beatty says team meetings will begin soon to get the Shamrocks ready for the next season.