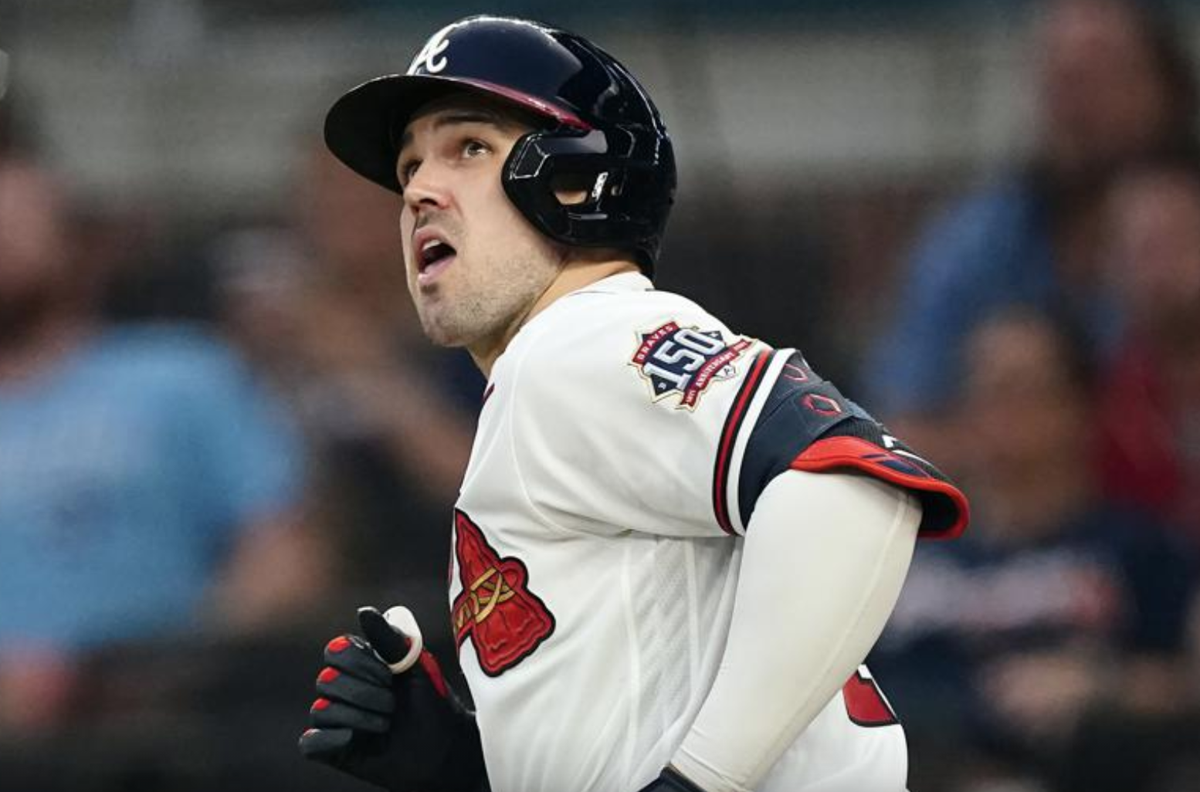 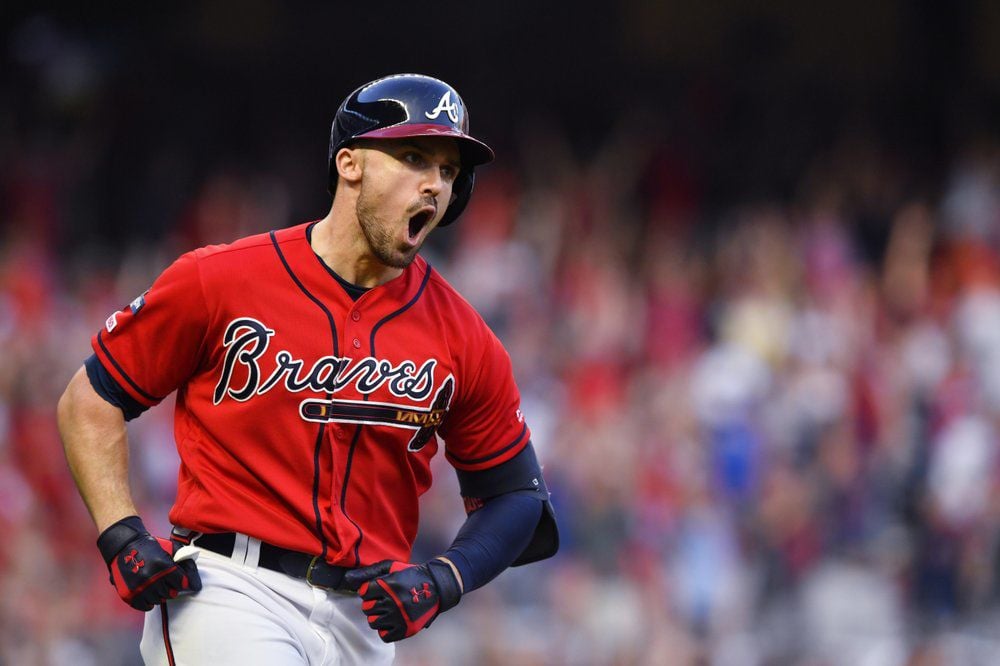 LOUISVILLE, Ky. (WDRB) -- When you get to the 24th pick of the 11th round of the Major League Baseball draft, the sexy bonus money and television coverage has disappeared.

It’s not Powerball Odds against a player making it to the big leagues, but I’d strongly recommend having a Plan B.

You should not expect to lead the National League in runs batted in or hit the two-run homer that carries the Atlanta Braves to a 6-2 victory over Houston in Game 1 of the World Series, the way former University of Louisville star Adam Duvall did Tuesday.

“When Adam hit that home run, I jumped off my couch and punched my fist in the air,” said Chris Lemonis, who recruited Duvall to Louisville long before Lemonis coached Mississippi State to the NCAA title last summer. “When you look at how far he has come and everything he has achieved, Adam is a stud.”

Duvall is more than that. He has grown into the poster boy for achieving things that nobody predicted he would throughout his baseball career.

Duvall was such a relentless worker that Lemonis and U of L baseball coach Dan McDonnell still talk about the chilly November morning when they looked out of an office window and saw Duvall’s father, Alvin, using a tennis racket to hit ground balls to him at Patterson Stadium.

McDonnell said Duvall’s passion helped to convince him to build a special locker room that former U of L players use when they return to the program every offseason.

“It’s hard not to root for a guy like Adam,” McDonnell said. “If you’re going to make it as a professional, you’d better be willing to put in the work that Adam has put in. I talk about Adam as much as I talk about any of our former players, because his path has been so unconventional.”

Duvall’s path currently has him starting in center field for the Braves. He drove in 113 runs this season, a half-dozen more than any National League player.

Here is a partial list of the sights, sounds and snubs that Duvall, 33, has endured across his journey from Butler High School to the center of the baseball universe:

No scholarship offer from the U of L staff that preceded McDonnell’s, likely because Duvall missed his senior year at Butler with back surgery.

One forgettable season at Western Kentucky before Duvall transferred to Chipola Junior College in Florida. A chance to join McDonnell’s program in 2008 that only opened because a Louisville freshman got homesick and transferred.

Lemonis went on a recruiting trip to Chipola to find a pitcher. He left with his thoughts on Duvall, who hit a walk-off home run with Lemonis watching.

Duvall had two solid seasons for a Cards, primarily as a middle infielder. But nobody drafted Duvall in 2009, the first year he was eligible. Then, as a senior, Duvall lasted until the 24th pick of the 11th round. According to Baseball Reference, the San Francisco Giants signed Duvall without any bonus money.

I checked the numbers from the last 20 MLB free agent drafts. Three guys taken with the 24th pick of the 11th round made it to the big leagues.

One was pitcher Michael Stutes, who won nine games in three seasons with the Phillies and has been out of the major leagues since 2013. The other was outfielder Ryan Cordell, who had 53 big-league hits in three forgettable seasons.

“Scouting players is not an exact science,” McDonnell said. “All of his tools were very good, but if you were going to grade his tools and talents, there were always going to be guys getting better grades.”

Nothing was given to Duvall. He played at every level of the San Francisco Giants’ farm system, taking more than 2,000 minor-league at bats before he finally arrived in the big leagues, cranking a home run off Reds’ right-hander Mike Leake for his first big-league hit on June 26, 2014.

Just 13 months later, the Giants decided they had better outfield options and sent Duvall to Cincinnati in a trade package for Leake.

He made the 2016 All-Star game with the Reds, but Cincinnati tired of his strikeouts and low on-base percentage and traded him to Atlanta in 2018. Duvall did some good things for the Braves but not enough to convince Atlanta to offer him another contract after the 2020 season.

Duvall played the first four months this season with the Marlins. When injuries and a suspension created the need for an outfielder in Atlanta, the Braves admitted their mistake and brought Duvall back in a trade on July 30.

Now Duvall is three wins from his second World Series ring. Duvall was a reserve who didn’t get a postseason at-bat when San Francisco won the World Series in 2014. This October, Duvall will be center stage as the Braves chase three more victories.

“His story really is perseverance,” McDonnell said. “His story is life, that you have to earn it every day, and even after you think you’ve arrived, you have to keep earning it the next day because somebody is trying to take your spot.

“Everybody should root for Adam Duvall.”