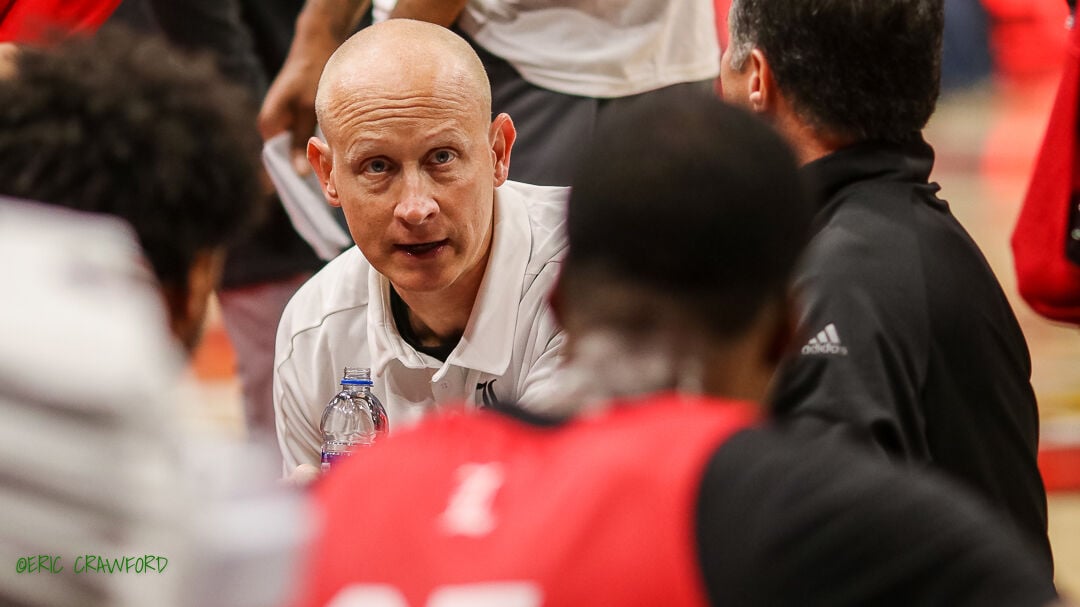 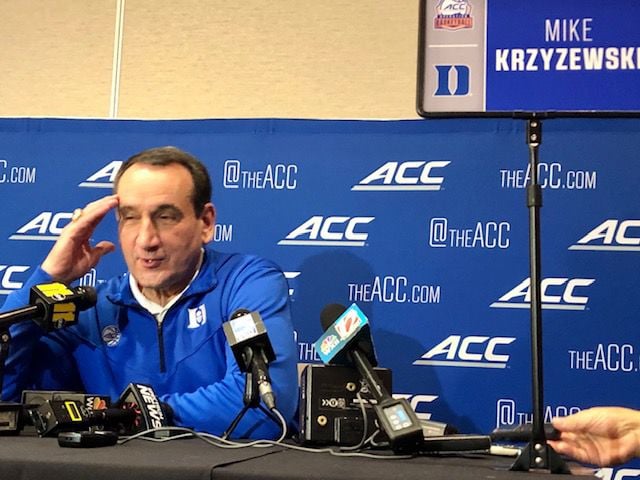 LOUISVILLE, Ky. (WDRB) -- To prove this looks like the wackiest Atlantic Coast Conference men’s basketball season in years, I visited places that charge $10 a month to peddle wacky ideas:

Not the Louisville message boards, where life has been relatively calm since the Cardinals handled Kentucky last Saturday. The Cards and coach Chris Mack are preparing for their second ACC game, a trip to Boston College Saturday at noon.

I made a trip around the league to discover what fans are obsessing about at North Caroline, Duke, Virginia and other top ACC spots.

It’s enough to make you laugh — as long as your name isn’t Roy Williams.

North Carolina slipped to 0-2 in ACC play Wednesday, losing at Georgia Tech. Considering the Tar Heels finished 6-14 in the league last season, it’s not surprising nobody is toasting the three NCAA titles Williams has delivered.

Did Roy Stay Too Long, one poster wondered.

The Coach, The System, The Successor, asked another.

Perhaps fans were happier at the Blue Devil Den. They were. But Duke fans were anxious about a team that canceled its non-conference schedule because of the novel coronavirus and has played once since Dec. 8.

As somebody posted: Any news from yesterday’s scrimmage?

On to Virginia, which allowed 98 points against Gonzaga in 23-point loss last weekend. The Cavaliers also have a loss against San Francisco on their resume.

Hmm. Strange times in Charlottesville. None of the first five message board threads at Wahoos247 involved basketball. There was a poster still lamenting that former Liberty defensive back Kei’trel Clark transferred to Louisville, not Virginia.

I told you this looked like a wacky ACC basketball season. I’ll say something I don’t consider wacky:

Louisville could win the league.

Of course, so could Clemson.

I’ve narrowed it to a nine-team race.

There has not been an ACC team voted into the Top 10 in the Associated Press Top 25 the last three weeks.

The highest ranked ACC this week was Florida State, which will slip from No. 18 because the Seminoles went to Clemson and lost by 10 Tuesday.

How is this for an ACC basketball statistic?

“First and foremost, for a lot of teams, there has been no rhythm to their practice or game schedule due to COVID stoppages,” Wake Forest coach Steve Forbes said in a text message.

“It’s very hard to completely stop and start again, especially once teams start playing games. For teams that have a lot of new players, there has been very little team building, if any at all, due to social distancing and COVID restrictions. There isn’t a true home court advantage when you don’t have any fans, or very limited.

“Ultimately, the teams that can minimize all the distractions on and off the court, will have the most success, and that is true every year, COVID or not.”

On Thursday, Mack was asked for his early thoughts on the ACC race. Too early for that was essentially Mack’s answer.

“I don't think there's a dominant team like there's been in years past, or dominant,” Mack said.

“A couple years ago, there were three No. 1 seeds out of this conference, so I don't think that's what our conference looks like this year, but that doesn't mean it's not very competitive.

“I think we've got some young players and some young teams, some teams that may not be historically the frontrunners in the conference. But we've got teams that have taken steps up as a program.”

Agreed. That would be Clemson, the most overlooked ACC team. Brad Brownell’s squad is ranked third nationally in defensive efficiency (behind Texas Tech and Tennessee).

The Tigers have split their first two ACC games, losing at Virginia Tech before beating Florida State. They have wins over two teams from the Big Ten and two from the Southeastern Conference.

Louisville’s shot at winning the league will depend on three things:

“Our offense, contrary to what it may look like sometimes, we don't practice one guy using a ball screen and everybody else watching him do his thing,” Mack said.

“The sooner we realize that and transfer what we are trying to teach in practice to the game, then it's gonna look like that at times. Then I've got to figure out ways to involve other players, besides playing off those two's penetration.”

The Cards rank 11th in the ACC in assist/turnover ratio, with more turnovers (93) than assists (88).

3. And the health of frontcourt players Charles Minlend and Malik Williams.

Mack said Thursday that Minlend will not play at Boston College as he continues his return from a knee injury. Minlend should be back in a week or two.

Williams is not yet two complete months into his recovery from foot surgery. Mack said, again, that his recovery will require at least three months, so it appears unlikely Williams will play before mid-February.

Neither will play at Boston College, which is 2-6. But the Eagles have likely played the toughest schedule of any ACC program, losing to Villanova, Florida, Minnesota, Syracuse and N.C. State.

“We have our hands full on Saturday,” Mack said.

“I don't take any stock in what their record is because I'm looking at their talent level and the fact they were down 12 or 14 on the road (to N.C. State) last night and had a one-point lead with 20 seconds to go, tells you all you need to know about their firepower.

“We've got to be a different team on both ends of the floor each and every game and this is a big game for us.”