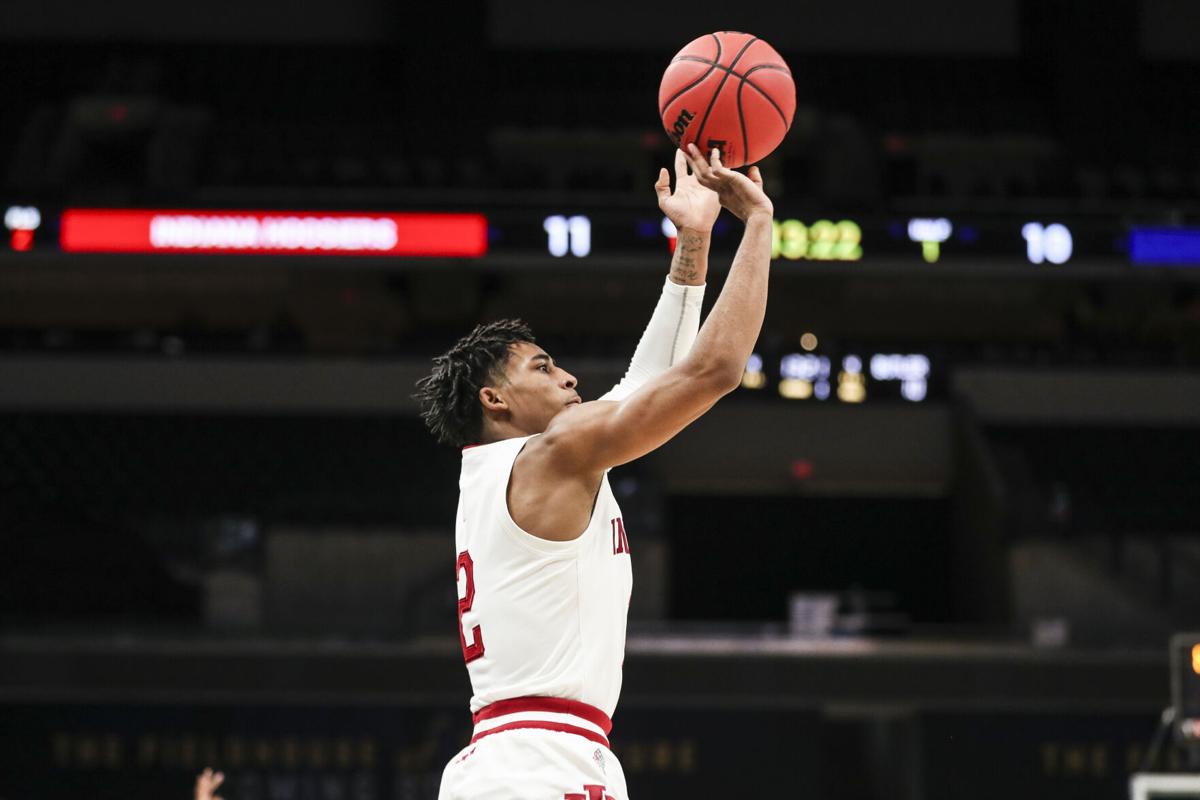 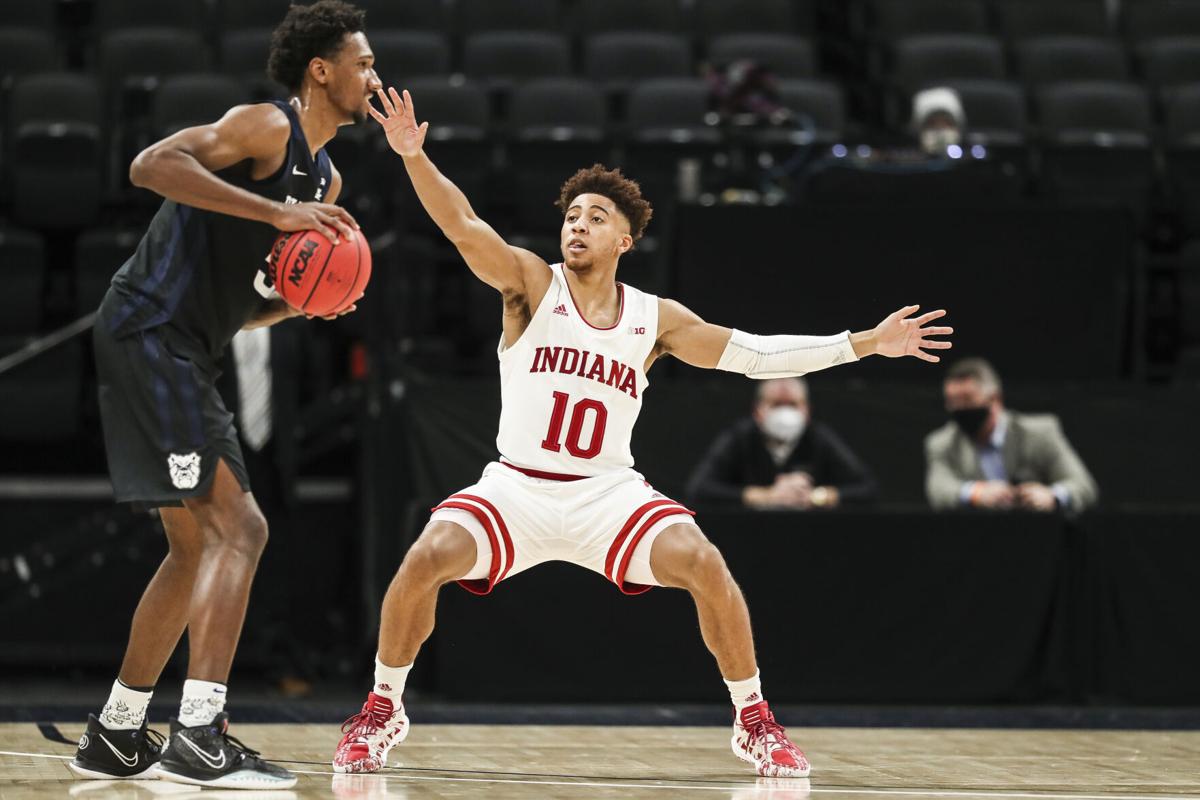 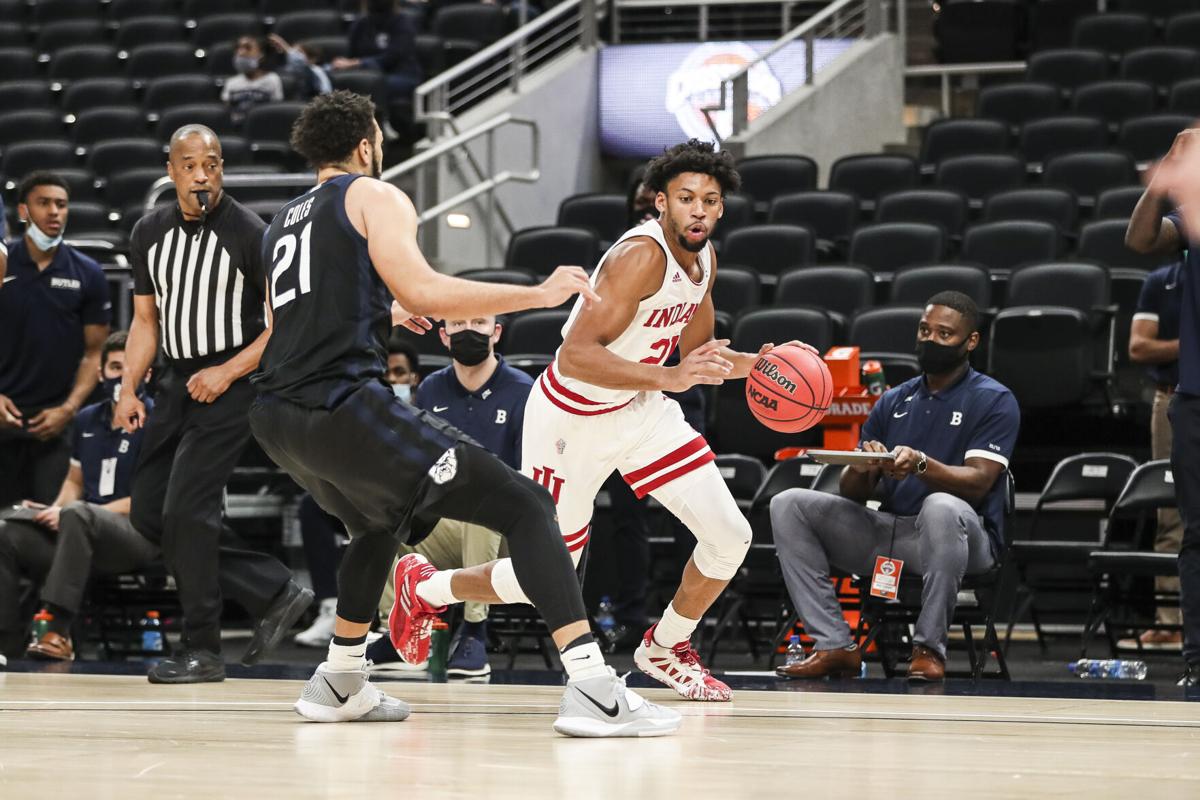 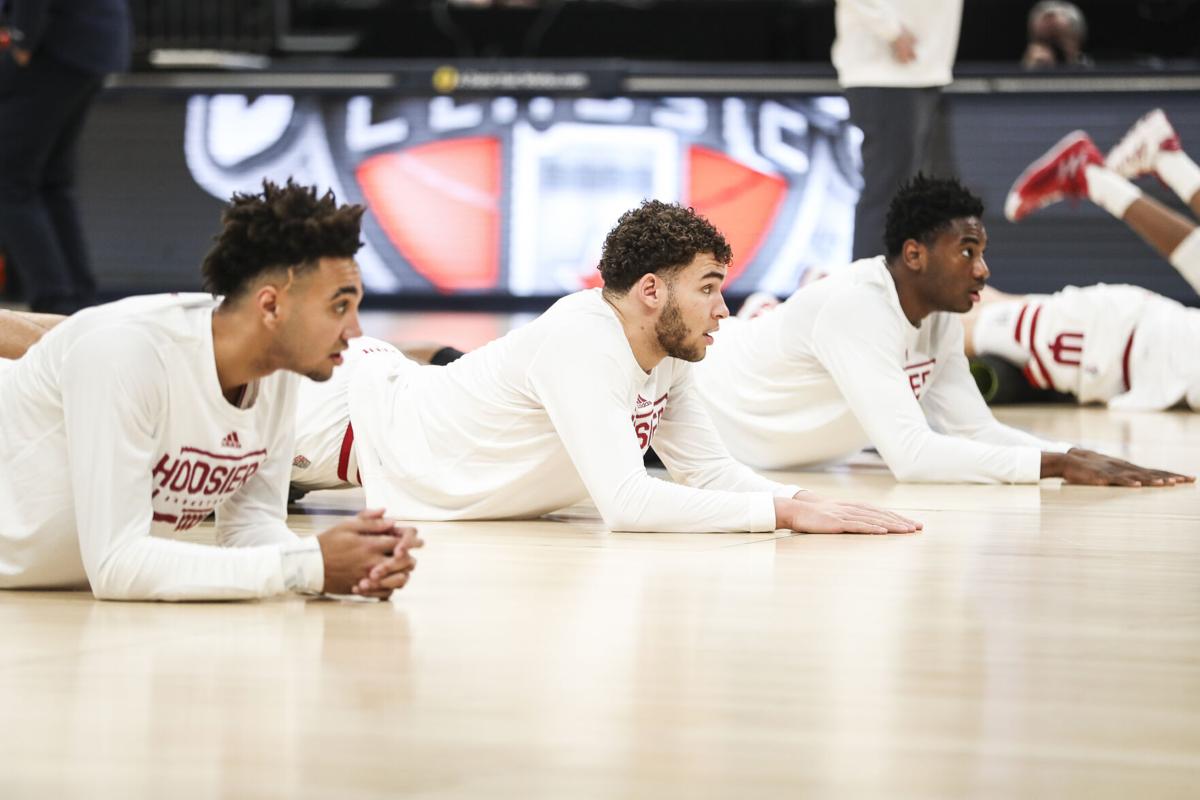 LOUISVILLE, Ky. (WDRB) — The Crossroads Classic has been a decade-long migraine headache for the Indiana University basketball program. Confetti will be tossed if the Hoosiers let their commitment to the dreary four-team event lapse after next season.

Beat Butler, the way the Hoosiers did, 68-60, Saturday afternoon, and people shrug.

Lose to the Bulldogs, or even Notre Dame, and the sirens of outrage roar.

Sirens roared for 20 minutes at Bankers Life Fieldhouse in downtown Indianapolis Saturday. They sounded in the Indiana locker room.

"They kind of manhandled us inside," IU coach Archie Miller said. "They took advantage of our lack of help and our lack of physicality. They were able to do what they wanted."

A lack of physicality will quickly translate into a lack of victories in the Big Ten. Miller knows that. So do his players. It had to change. It did change.

For a half, Indiana failed to play the barbed wire defense that Miller demands. Butler surged to a 37-32 lead by making five of seven shots from distance and shooting nearly 54 percent from the field. Their big men simply backed the Hoosiers down to the basket. Dribble, dribble, dribble. Layup, layup, layup.

"We weren't ready for the physicality," Miller said. "I think our guys were disappointed in the way we played in the first half."

IU started the second half on a 13-0 run, driven by three steals and a pair of blocks. Butler huffed and puffed and labored to score 14 points in the first 16 minutes. IU jumped ahead and stayed ahead.

Armaan Franklin continued his emergence as Indiana’s second-best player. Franklin made five 3-pointers for the second consecutive game. Credit Franklin with 20, a career high. He has also been Indiana's best defender.

For the record, Romeo Langford never made five 3-pointers in back-to-back games at Indiana. Neither did Devonte Green.

Franklin is the first Hoosier to do that in Miller's three-plus seasons in Bloomington and the first IU player since James Blackmon made five against Penn State and then six against Michigan State in January 2017.

"Those were big shots Armaan made," Miller said. "His confidence level is at a good place. Armaan gives us another weapon to open things up inside.

"He's really developed into a player who I think is one of the most improved players in the Big Ten."

"My teammates were giving me open shots and I knocked them down," Franklin said.

Trayce Jackson-Davis led Indiana with 21 but he was more excited for Franklin. They're both Indianapolis-area kids and they were friends before they came to IU.

"Our guards have really built a lot of confidence the last two games," Jackson-Davis said. "Armaan has been a great player. All the work he's put in is really showing."

The Hoosiers also shared the ball, drawing 19 assists on 25 field goals. Rob Phinisee, Durham and Trey Galloway had 12 assists with one turnover.

Indiana improved to 5-2 — and has victories over Providence, Stanford and Butler, two teams from the Big East and another from the Pac-12. That translates to three Top 75 victories in Ken Pomeroy's rankings, although it should be noted that 12 of the Big Ten's 14 teams are ranked in Pomeroy's Top 55.

Butler played without its leading scorer. Aaron Thompson missed the game after he suffered a sprained knee against Villanova Wednesday.

Butler also did this after playing only two games before Saturday — a victory over Western Michigan and the 19-point road loss to Villanova. The Bulldogs entered the game ranked No. 64 in Ken Pomeroy’s computer formula.

For Indiana it’s nothing but Big Ten games ahead. The Hoosiers open league play at Simon Skjodt Assembly Hall Wednesday that then visit formidable Illinois Saturday.