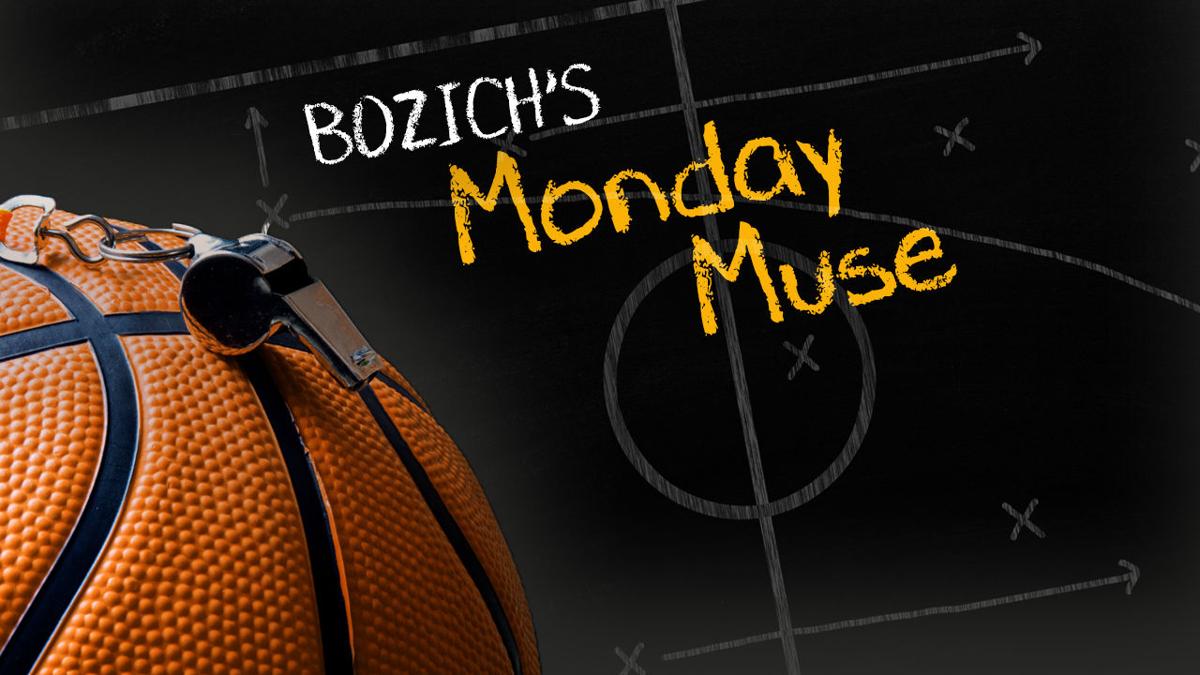 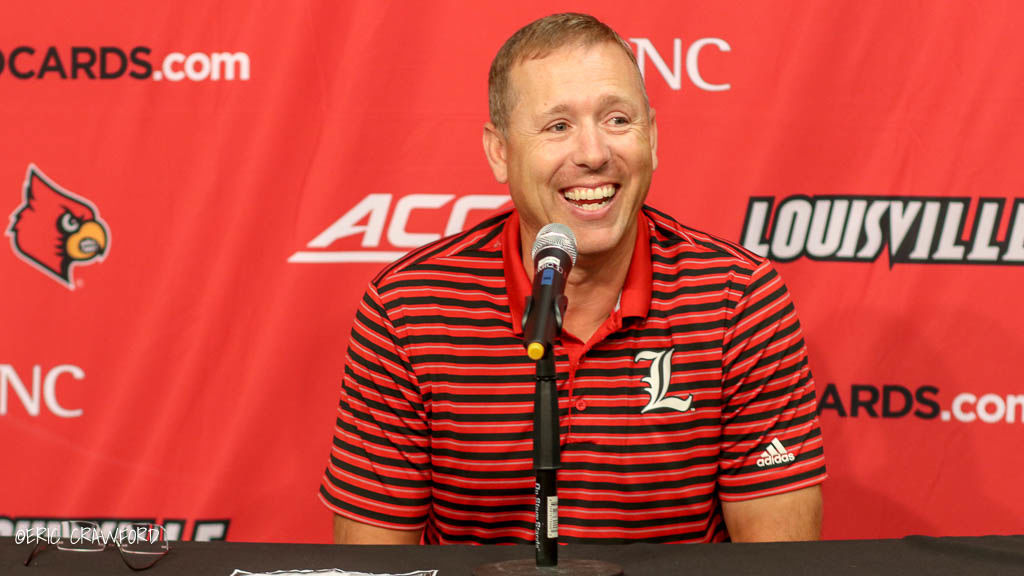 Louisville football coach Scott Satterfield was the quarterbacks coach at Appalachian State during a game that Sports Illustrated considers the greatest upset in college football history.

Louisville football coach Scott Satterfield was the quarterbacks coach at Appalachian State during a game that Sports Illustrated considers the greatest upset in college football history.

LOUISVILLE, Ky. (WDRB) — I am not the only one who discovered the Most Annoying Fans in college football gather at a campus that did not make Darren Rovell’s list of finalists on this subject.

I borrowed Rovell’s idea and ranked my Five Annoying College Fan Bases last week, trying to keep the discussion to football. Then I invited you to share your lists. Thanks to everybody who responded.

It’s time to announce the winners (or losers?) in the Monday Muse.

No. 5 — Tennessee. I’m not surprised the Vols made the cut. Tennessee stacked victory after victory over Kentucky until the Wildcats broke the Vols’ 26-game winning streak in 2011. But UT reminded the world of their dominance by defeating Mark Stoops’ best team last season.

No. 4 — Alabama. When you win as much as the Crimson Tide has won, you make enemies.

No. 3 — Ohio State. When you don’t win as much as Alabama has won but act as if you have, you make even more enemies.

No. 2 — Kentucky. I don’t consider Kentucky football fans annoying. They did not make my list. I got out-voted.

No. 1 — West Virginia. I knew I wasn’t imagining the ridiculous amount of profane and outrageous behavior I experienced during multiple trips to Morgantown.

Several Louisville fans wrote with descriptions of nasty encounters they suffered at the stadium, in the parking lots and even at Interstate rest areas near the stadium.

The Mountaineers are no longer on Louisville’s schedule. I hope Vince Tyra and Scott Satterfield keep it that way.

I can tell you where Louisville football coach Scott Satterfield was.

He was the quarterback coach at Appalachian State, a coach heavily involved in the game plan as App State, then an FCS program, took a $400,000 guarantee check, went into Michigan Stadium and took down the Wolverines, 34-32.

Some consider it the biggest upset in the history of college football. Satterfield is likely one of those people. So are the editors at Sports Illustrated.

SI shared content from its pre-season preview — and App State’s victory over Michigan was voted the game’s No. 1 upset.

You can read the story by clicking his link.

3. How Does Romeo look in Celtics’ green?

We’re less than two months from the start of NBA training camp — as well as the start of Romeo Langford’s career with the Boston Celtics.

You decide. Langford recently posed for pictures with his three fellow Boston rookies. He’ll wear No. 45.

4. Another Chance for Last Chance

The only issue I’ve had with the Netflix series, “Last Chance U,” is that I binge and watch every new season in two days or less.

For four straight years, it’s been a fascinating look behind the curtain at two junior college programs, first in Mississippi and then Kansas.

The cameras are everywhere — the locker room, sidelines, class room, dorms, the coach’s kitchen, the coach’s car. You feel the entire experience of junior college football, including every X-rated and cringe-worthy moment.

Good news: Last Chance U will return for Season 5. This time they’re headed for California.

Ready for another season? Last Chance U will return to @netflix in 2020. This time, at Laney College in Oakland, CA. pic.twitter.com/YfqPWbhsSX

Maybe one day somebody will take this concept to college basketball, too.

Les Miles was so desperate to get back to coaching college football at the Power Five level that he accepted a job at the Worst Power Five job in the game — Kansas.

If Miles ever wins nine or even eight games for the Jayhawks, they should name the stadium after him.

As Oklahoma State and Louisiana State fans can tell you, Miles can say some funky things and make some funkier decisions.

During a recent interview before the opening of this season, Miles did exactly that, repeating his longing for the head coaching job at the University of Michigan (his alma mater) as well as a bizarre description of the LSU job as “decent.”

I’m certain that went over like a Roll Tide cheer in Baton Rouge.

Les Miles discusses not getting shot to coach at Michigan: ‘It does break my heart’ https://t.co/jEKA8W0JWb

I’d rank the LSU job as Top 15 and perhaps Top 10 in the game. Miles won a national title there — and with stronger coaching and game management, he could have won another.

I’d say there is a ‘decent’ chance Les Miles will A) never win big at Kansas and B) never be the head coach at Michigan.

You know how it works in most professional sports fights. Lots of screaming. Lots of finger pointing. Lots of hollering by people that actually prefer to be held back.

That’s not how it worked during this WNBA dust-up the other night. Brittney Griner, one of the league’s premier stars, was absolutely ready to go Mike Tyson on somebody.

Last season the narrative was Anthony Davis wanted out of New Orleans and was in a rush to get to Los Angeles to play with LeBron James.

Hard to blame him. After leading Kentucky to a national championship, Davis suffered through seven seasons of mostly mediocrity on Bourbon Street.

The man entered his prime. He has earned recognition as one of the Top 10 — and perhaps Top 5 — NBA players. It’s time to win. I get it. I agree.

Davis and his agent forced the Pelicans into trading him to Los Angeles. He was expected to live happily ever after.

Paul, the most powerful agent in the game, is no dummy. Davis will be an unrestricted free agent after the 2019-20 season. No reason to surrender his bargaining power, even if Davis does love L.A.

That explains why the word slipped out that Davis might be open to playing for the horrid Knicks with their even more horrid owner. Davis is angling for every purple and gold dollar that he can collect.

8. The Day That Started Baseball’s Blues

There is talk that Major League Baseball is racing toward another work stoppage with the players and management at odds over how the game handles free agency.

There is too much manipulation of service time. There are complaints about the lack of interest in free agents the last two off-seasons. There is the usual grousing about money.

Before both sides agree to go to the mattresses, I hope they remember this week is the 25-year anniversary of the most damaging moment in the game’s modern era — the 1994 strike, which resulted in a cancellation the post-season as well as a delay to the start of the 1995 season.

Yes, the game has gone on to record revenue and other highlights. But attendance is trending the wrong direction, and baseball doesn’t have the psychological grip on the younger generation that it had several decades ago.

Here's @Baer_Bill, writing about all that was lost in what had been shaping up to be a fantastic 1994 baseball season. https://t.co/5fPdoJZkX8

1. Los Angeles Dodgers — All aboard the Will Smith Hype Train.

2. Houston Astros — Should fatten up on the White Sox before playing four interesting games at Oakland this week.

3. New York Yankees — I’m not certain they’re ever going to get healthy.

4. Cleveland Indians — Where do they keep finding all those arms?

5. New York Mets — Their record since the All-Star break is 21-7 and it’s not crazy to suggest they could sneak into the playoffs.

Don't anybody try and shame @EHansenNDI for using a digital recorder and not a phone. NOBODY. pic.twitter.com/pE2LxE5k1G