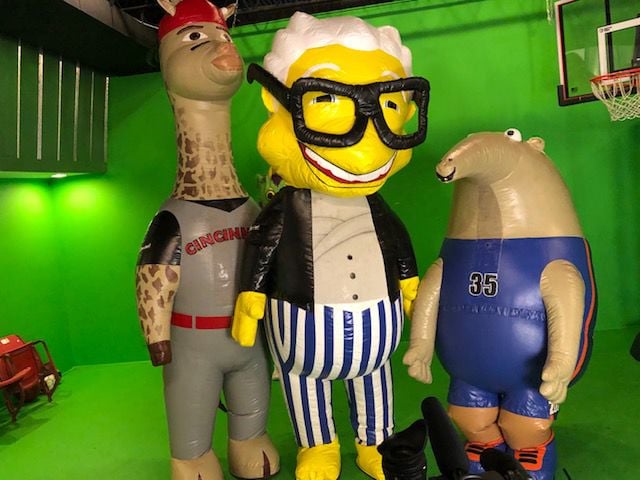 The ZOOperstars!, with characters like (from left) Ken Giraffey Jr., Harry Canary and Kevin Duranteater, have been grounded by the novel corona virus. 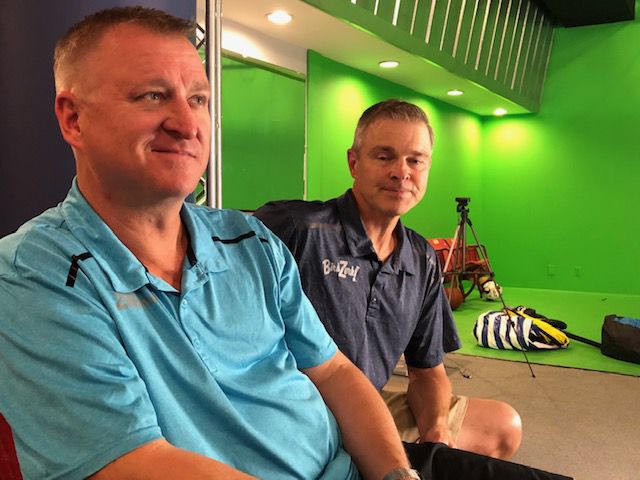 Brothers Brennan (left) and Dominic Latkovski have performed as the ZOOperstars! and BirdZerk! for three decades. 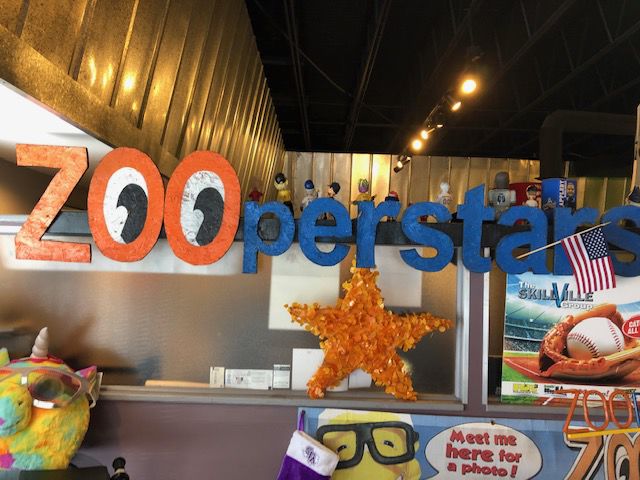 The ZOOperstars! are based in Louisville, where they have been grounded this season.

The ZOOperstars!, with characters like (from left) Ken Giraffey Jr., Harry Canary and Kevin Duranteater, have been grounded by the novel corona virus.

Brothers Brennan (left) and Dominic Latkovski have performed as the ZOOperstars! and BirdZerk! for three decades.

The ZOOperstars! are based in Louisville, where they have been grounded this season.

LOUISVILLE, Ky. (WDRB) — This is the starter set of athletes, celebrities and politicians who have laughed, danced and played with the ZOOperstars! and BirdZerk! acts during the three decades they traveled with world entertaining fans of baseball, basketball, football, soccer and other sports:

As well as dozens of players who passed through old Cardinal Stadium and Slugger Field.

This is the complete list of athletes, celebrities and politicians they have entertained since mid-March:

If you want to include an asterisk, make it tiny. There have been several birthday parties, a fund-raiser and a brief dance for Tom Lane and me when we visited Dominic Latkovski, his brother, Brennan, and Dominic’s son, Rock, last week at their headquarters/office in Hikes Point.

“No flights planned. No shows booked. Nothing going on. We’re just hoping it all comes back so we can get busy again.

“We’ve done some drive-by birthday parties, waving to 15 cars and having fun with it. They enjoyed it. But it’s nothing like going to Guadalajara (Mexico) and performing for 85,000 soccer fans at Classico or to the NBA Finals.”

The novel coronavirus has grounded both acts, relegating the brothers to remain home in Louisville. They have been forced to layoff five employees in their sports entertainment business.

The Latkovskis are members of the Delta Airlines 2 million mile flight club and have not visited Louisville International Airport since March.

What do you think?

“We’re not sure how this is going to turn out” Brennan Latkovski said. “We’re going to stay read and make the best of it.”

“We’ve heard some college baseball wood bat leagues might try to get some kind of a season going but the problem is they don’t draw huge crowds as it is,” Dominic Latkovski said.

“I don’t think it’s anything like we won’t be able to keep this going because we’ve kind of shut it down for now.

“There’s nothing we can do. There is nothing we can jump start … we’ll just count on the relationships we’ve built through the years and come back when the time is right.”

In other words, like so many people, they have no idea when they’ll be able to work again.

Minor league baseball has always been the bulk of their schedule. We’re halfway through the scheduled 2020 minor league season. The sensible prediction is no minor league games will be played.

Baseball plans to cut more than 40 minor league affiliates. That list could certainly grow because of budget issues. The future is tricky.

College basketball, men’s and women’s, has grown into their second largest market, where they compete with acts like Red Panda, Quick Change and Russian Bar Trio (a group they represent).

How many schools will have funds for outside entertainment when they have furloughed employees and enacted salary cuts?

Since the early '90s, the ZOOperstars! and BirdZerk! Have been as much a part of minor league baseball as bobblehead giveaways and $1 hot dogs.

They could not only draw crowds, they could entertain them. They blazed the path created by the San Diego Chicken and Philly Phanatic, costumed comics eager to steal somebody’s glove, taunt an umpire or pull a hidden ball trick.

Encouraged by his late father, Andy, Dominic Latkovski started the new family business. He was captivated and inspired by acts like The Chicken, Max Patkin and even Billy Bird while watching baseball at the Kentucky Fairgrounds. He was 12.

In fact, Dominic reminded me last week that he stopped me one night at the ball park and shared his dream while I made my way to the press box.

I do not believe that I predicted the remarkable success that the BirdZerk! And the ZOOperstars! have celebrated, stirring attention, applause and appearances from Florida to Washington to Maine to Texas and all points in between.

They dance. They wag. They flop. They jump. They taunt. They fall — and usually get up.

They have performed at 49 different all-star games in events booked in 48 states and seven countries.

They appeared at the 2014 NBA Finals in San Antonio when the air conditioning failed, causing cramping for several players, including LeBron James. Dominic blamed the problem on Brennan for unplugged a cord labeled DO NOT TOUCH so he could charge his cell phone. (It’s a joke, folks.)

In a related note, Dominic has already fulfilled one personal goal to play golf in all 50 states.

Collect a T-shirt from all 353 Division I college basketball programs. His current pile of shirts is at 279.

“For 30 years we’ve had great success having it grow by word of mouth because it’s been a solid show,” Brennan Latkovski said.