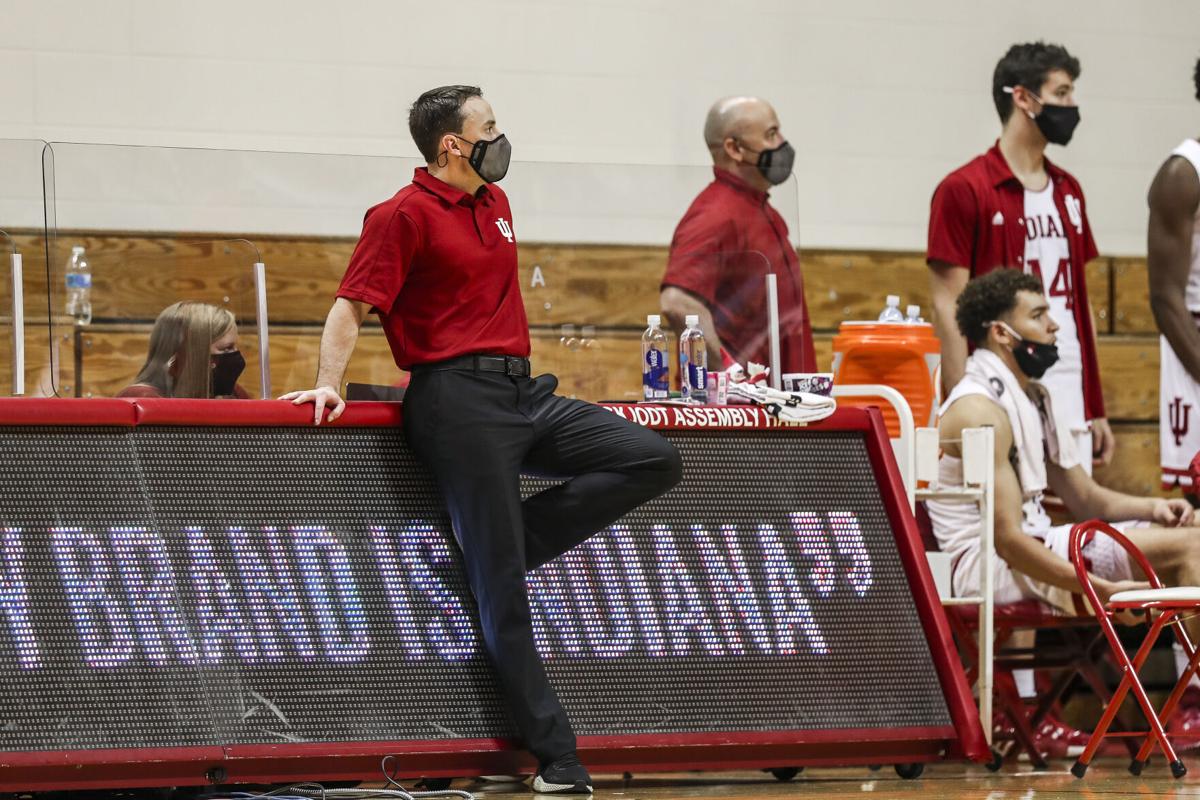 Indiana has lost half of its last dozen games and hasn’t won more than two in a row all season.

Kentucky has already lost eight. The Wildcats are projected to finish 10-15 by Ken Pomeroy — with three first-round NBA Draft picks on the roster.

It’s been a miserable week on the local college basketball scene. In the last seven days, U of L, UK and IU combined to lose five of six games. None of the three are rated higher than a No. 7 seed in Joe Lunardi’s latest NCAA Tournament bracketology at ESPN.com

That calls for a cleansing breath — and a Misery Index.

Who’s got it worse: the Cards, the Wildcats or the Hoosiers?

Trigger: Losing by 6 to Miami, which lost by 4 to Florida Gulf Coast, which lost twice last weekend to Scott Davenport and Bellarmine University. Ugh.

Worst Case: The Cards keep showing up at 7:40 p.m. for 7 o’clock tips. Losable road games with Syracuse, Virginia, Virginia Tech, North Carolina, Duke and Clemson explain why Pomeroy’s computer formula has Louisville projected 10-8 in the Atlantic Coast Conference (with two games yet to be rescheduled). Their non-ACC record is not packed with flashy wins.

Best Case: The Cards get well against a struggling Duke team Saturday. David Johnson regains his offensive and defensive mojo. The light goes on for Samuell Williamson. Charles Minlend starts to contribute.

Flashing Light: The Cards rank in the bottom four in the ACC in four defensive categories (including sending opponents to the free throw line), according to Pomeroy.

Next Game: Duke at the KFC Yum! Center Saturday at 4 p.m.

Most Likely Scenario: The Cards figure it out, finish fourth or fifth in the ACC, make the NCAA Tournament and exit in the Round of 32.

Trigger: After the loss at lowly Auburn Saturday, coach John Calipari said he was reluctant to change his starting lineup for the second half because he’s “not trying to take anybody’s heart away.” That followed Calipari saying he had “fun” coaching the game UK lost at Louisville. He knows better.

Best Case: Calipari tightens his rotation, stops worrying about hurting somebody’s feelings with a benching and the Wildcats rally to make the NCAA Tournament by winning the Southeastern Conference Tournament.

Flashing Light: The Wildcats rank last in the SEC in two-point shooting percentage as well as offensive rebounds allowed.

Next Game: At Georgia, Wednesday, 7 p.m.

Most Likely Scenario: The Wildcats lose several more puzzling games like the ones they lost to Notre Dame and Auburn and stagger to the finish line with a losing record. More people question Calipari's love affair with the one-and-done.

Trigger: Losing to Purdue for the 8th consecutive time as the Hoosiers looked like they were shooting in a wind tunnel -- as they have for several seasons.

Worst Case: Slumbering into March with a losing Big Ten record for the third consecutive season, punctuated by a 9th straight loss to Purdue March 6.

Best Case: Making one or more two plays than this group made at Florida State and at Wisconsin, where the Hoosiers were almost good enough to win but lost in one overtime (FSU, 69-67) and two overtimes (Wisconsin, 80-73).

Comforting Thought: C.J. Gunn of Lawrence North High School outside Indianapolis, the state’s best prep player in the Class of 2022, is rumored likely to commit to Indiana Feb. 7.

Most Likely Scenario: At least seven more games against Top 25 opponents drag the Hoosiers deeply into the second division of the Big Ten and leaves them fretting Selection Sunday — again.