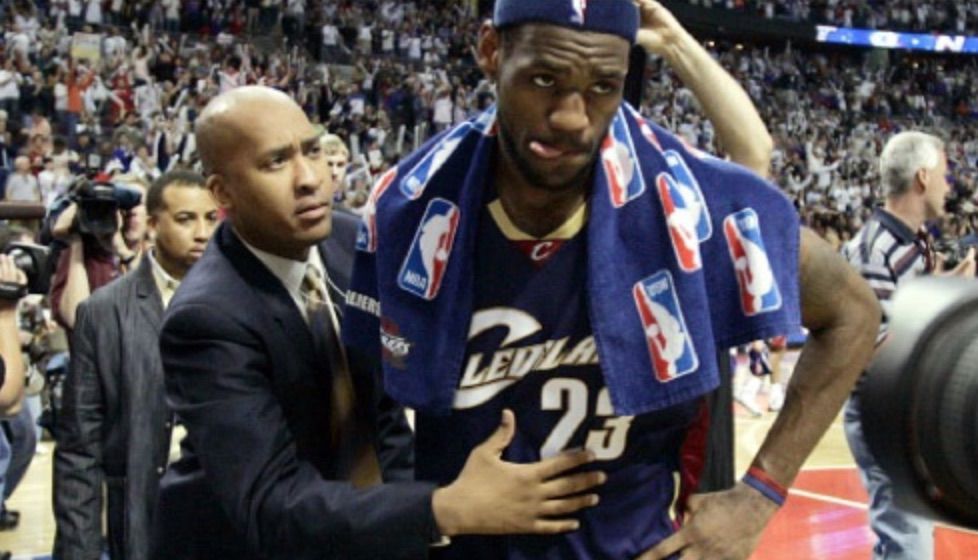 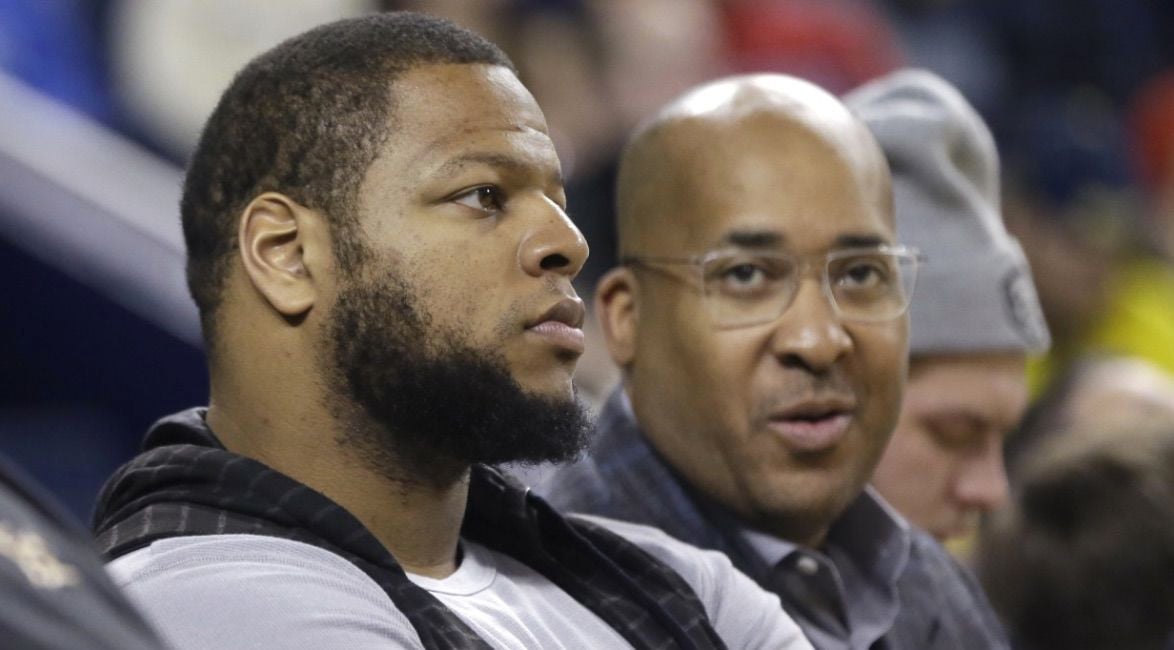 William Wesley (right) watched an NBA game with NFL lineman Ndamukong Suh last season. Wesley, who got his start with former U of L stars Milt Wagner and Billy Thompson, was hired by the Knicks this week.

William Wesley (right) watched an NBA game with NFL lineman Ndamukong Suh last season. Wesley, who got his start with former U of L stars Milt Wagner and Billy Thompson, was hired by the Knicks this week.

LOUISVILLE, Ky. (WDRB) — I stood on the ramp at the north end of Freedom Hall, talking to Milt Wagner, who had just left the University of Louisville locker room.

It was Jan. 18, 1986. U of L defeated Syracuse, the No. 4 team in America, 83-73. One of the best Syracuse players, Pearl Washington, approached from the opposite direction, walking toward the bus.

Wagner and Washington were friends, East Coast guys, whose relationship started in high school. They stopped to chat.

Washington had somebody with him, too. Slender guy. Maybe 6 feet tall. Easy, relaxed smile. Bright eyes. Comforting voice. He was friends with Wagner and Washington.

He extended his hand. Firm handshake.

Like Wagner and his U of L teammates Billy Thompson and Kevin Walls, Wesley was from southwest New Jersey, outside Philadelphia. Although he didn’t play basketball at the college level, he loved the game as much as his friends.

Before he left, Wesley extended his hand again. “Remember,” he said, “if you’re ever in Cherry Hill, New Jersey, come to my store, Pro Shoes. We’ll get you sized up.’ ”

I asked for Wes on Friday — with the New York Knicks.

From that day in Freedom Hall, I’ve always called him Wes.

Not World Wide Wes. Not Fresh Wes. Not Uncle Wes. Not the Most Powerful Man in Sports or any other nickname Wesley collected because of his relationships with former U of L players, Kentucky coach John Calipari, Michael Jordan, LeBron James or others.

Wesley remembered the story. Always has. We both laughed. More than 34 years later, you can now find Wes in the official New York Knicks basketball management directory.

Quite a journey from selling sneakers at 16.

On Friday I asked Wes if he ever thought he’d be part of the leadership team tasked with rebuilding one of the NBA’s most storied franchises, a franchise that has not won an NBA title since 1973 or made the playoffs since 2013.

If you’ve ever read a story about Wesley, even before that 2007 article in GQ magazine that asked, “Is this The Most Powerful Man in Sports?” you know the answer.

The answer is Wesley does not want to be quoted, ever. If you ask to quote him, the conversation will be short.

Others will tell his story. Guys like Hall of Fame coach Larry Brown and ESPN commentator Stephen A. Smith praised his hiring. On the flip side, former NBA stars Stephon Marbury and Rasheed Wallace were quick to criticize the move.

I went to a guy who helped launch Wesley into prominence — Billy Thompson, who came to Louisville in 1983 as the top recruit in America and departed in 1986 with a national championship.

“I think Wes will help the Knicks come up real fast,” said Thompson, a minister in South Florida. “Real fast.”

“Because Wes knows how to build relationships and trust with players,” Thompson said. “He’s about business but he’s about the best for players first. Players know that. And they love Wes for it.

“If you listen, whenever you hear players talk about Wes, they’ll say, ‘Uncle Wes is family.’ They always call Wes family because that’s the kind of relationship and trust that he builds. That goes a long way with players.”

Thompson said it all started at the shoe store. Players from across the Philadelphia area shopped at Pro Shoes. Thompson, Wagner and other great high school players shopped there. So did NBA players like Darryl Dawkins and Doug Collins, according to that GQ story.

Wesley started building his considerable basketball network through Wagner and Thompson, extending it out from college players, like Kenny Payne and Pervis Ellison, that he met during his time in Louisville. When they went to the NBA, so did Wes.

At the same time, Wesley was also friends with Greg Mark, a defensive lineman who played at Wesley’s high school, Pennsauken High School in Southern New Jersey. Mark was one of the top recruits in Jimmy Johnson’s first recruiting class as he built a national contender with the Miami Hurricanes.

“Wes would go to games at The U,” Thompson said. “He built strong relationships there, too. You saw him on the sidelines at Miami football games.”

"Business is built on a relationships," Rose said during an interview with Mike Breen that was shared by the Knicks. "It's built on how you treat people. It's built on working hard. It's built on all these characteristics that I think Wes possesses.

"I think getting someone of that stature and character into our organization is something that is going to benefit us greatly."

Every time I saw Wes sit courtside at a college basketball game, a line of players and assistant coaches rushed over to greet him. Didn’t matter which town.

For the last 13 years, Wesley has worked with Rose at Creative Artists Agency. Now they’re at Madison Square Garden, challenged to achieve something Riley, Jackson, Isiah Thomas, Donnie Walsh and others could not achieve — win an NBA title.