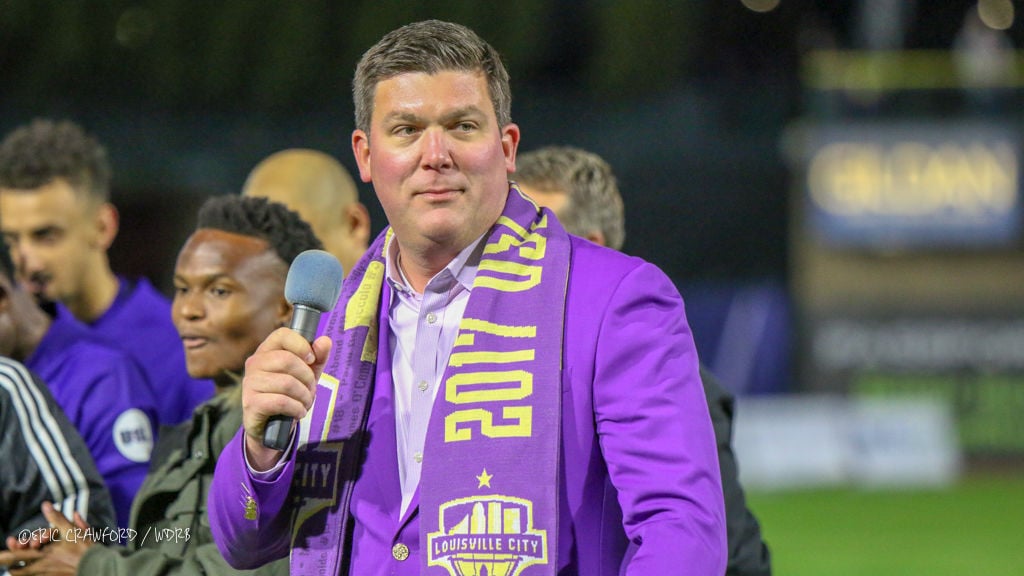 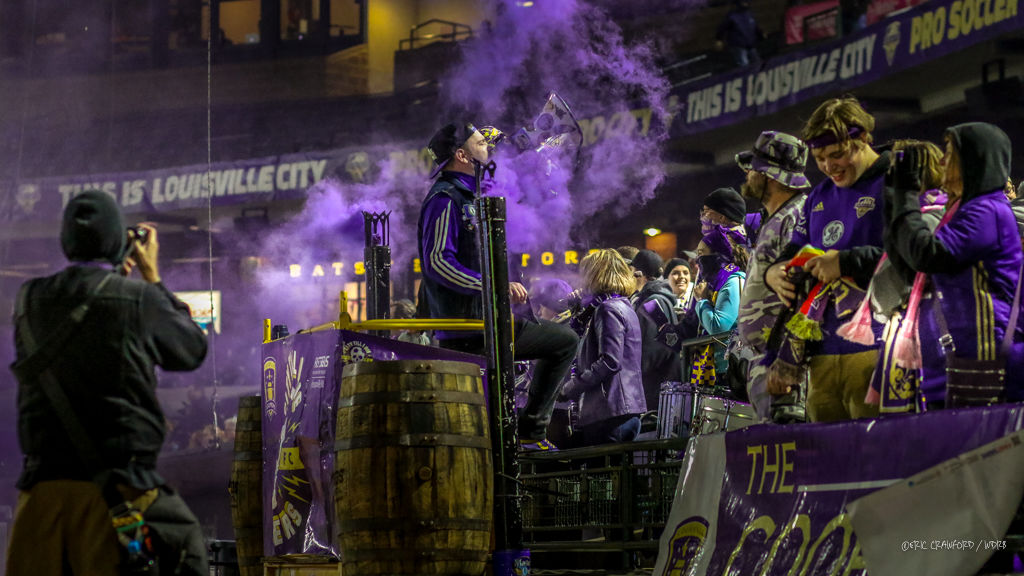 LOUISVILLE, Ky. (WDRB) -- The ownership of Louisville City Football Club is announcing  the worst kept secret in local sports — that the city will become home to a National Women’s Soccer League franchise in 2021. It represents a completely unexpected development for a club that has experienced overwhelming success since being founded just over five years ago.

LouCity FC has won back-to-back USL championships and will begin pursuing a third when the league playoffs begin on Saturday. It has played to large and enthusiastic crowds. And those two successes led to a third – city and state backing on the 11,200-seat Lynn Family Stadium, which will open in 2020.

News that the NWSL, the top league for women’s soccer in the United States, will expand in Louisville, is another tribute to that success. Louisville joins a league that includes franchises in Chicago, Houston, the Seattle-Tacoma area, Portland, Salt Lake City, Charlotte, Washington D.C., New Jersey and Orlando.

The current ownership of Louisville City FC is embarking on the venture – after a year of investigating the possibility and six months of serious planning, including talks with other owners in the league and a market study. But the NWSL team will operate as a separate entity, with separate branding. It will not play under the LouCity FC name or share colors. Only a stadium.

“We started building out our plan for the future a long time ago,” said Brad Estes, president of Louisville City FC. “Obviously we want to be the preeminent soccer organization in the country, without regard for league. . . . So we think about our community, we think about the things we’re doing to better the people of our community, and when we were building out this plan for our stadium district, we think about what things do we want to do in order to not only fill up that stadium as many times as we can, but to promote soccer as much as we can in this market? So adding a women’s team was just a logical step. . . . But I want to say to the taxpayers of this city, without the investment of the city and the support of the fans and the performance by our men’s team, which kept all that going, we wouldn’t have Lynn Family Stadium, and if we didn’t have Lynn Family Stadium, we wouldn’t have this team.”

There’s much that won’t be known as the announcement is made. A team name hasn’t been selected. Branding and marketing materials aren’t in place. But for now, Louisville joining the major leagues of women’s soccer is reason enough for excitement. And there’s a good bit of work to do – which is a major reason the team won’t begin play until 2021.

“We’re not satisfied just to participate,” Estes said. “We’re not here to just be a part of the show. We want to win and we’re going to do everything we can to support these athletes with the right coaching staff and the right facilities and the resources to put them in a place to win championships, because that’s what we’re all about. We’ve won two USL championships and think we have a great chance at a third. We want people to know that we’re not just jumping into this league to be a part of it. We’re in to win. . . . One of the reasons we thought 2021 makes more sense for us (than a 2020 start) is we’ll be able to hire a GM, hire a coach, figure out the right way to do the expansion draft and the college draft. But we have one key component already – the stadium.”

Estes said that the ownership looked seriously at two things – the long-term viability of the NWSL and the potential fan support for a women’s team.

He said he was impressed with plans in place to solidify and strengthen the NWSL, and believes that the positive momentum established by the U.S. Women’s National Team in the 2019 World Cup will give the league another boost.

“We believe in the emerging trend of women’s soccer in this country, and we believe in things the league and the (U.S. Soccer) Federation are doing to make sure this league will remain the preeminent league in the world. So we’re very comfortable with the league and the leadership. . . . Still, I don’t know that everybody understands the level that we’re talking about. I’ve had several people reach out and say it’s great that you’re bringing a women’s team to town, but they don’t truly understand until you explain that the World Cup champion athletes that you see on the victory tour, those are the people who will be playing in this league. When you explain that, peoples’ eyes light up.”

Estes said a marketing study projected that Louisville could deliver attendance in excess of the league’s 2019 average of 7,337.

“The report basically told us that Louisville, to put it plainly, is a sports town,” Estes said. “If the average (NCAA) Division I men’s basketball team has attendance of ‘x,’ the University of Louisville is 40 percent higher. Same thing with Bats baseball. Same thing with USL soccer. Same thing, and this was significant for me, with U of L women’s basketball. They average about 10,000, so it’s heads and shoulders above what other markets are doing. So we just believe in the fact that this is a sports town, and that this team will be supported by individuals, by corporations, and I believe we’ll draw soccer fans from cities around us that don’t have NWSL teams.”

There will be added costs for the ownership. There will be logistical challenges, including the likely need to expand a soccer stadium complex that hasn’t even yet opened. But the additional revenue from NWSL games is something team owners never really considered when proposing the stadium complex.

Women’s soccer is a natural sport for the time. The stadium is situated for growth and development. And the team and the league’s stars are big draws for the kind of young professionals the city would like to recruit.

“It is a positive in a lot of ways,” Estes said. “It’s about the athletes who will play in this league, but it’s about our community as well. We want to build out a club that will represent our community and take care of it, because we want to help promote the game. We believe that adding a women’s team to our club structure will allow us to do more things in the community. It will let us be more effective when we come into the youth market. It’s really about community for us, and we think this will be great for our community.”