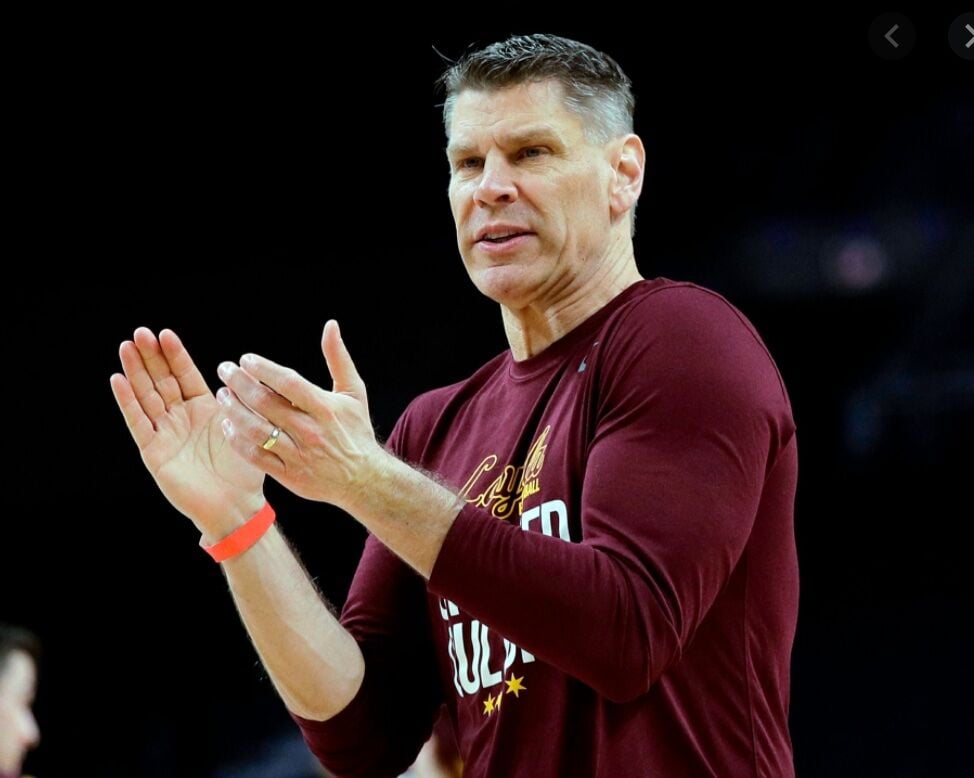 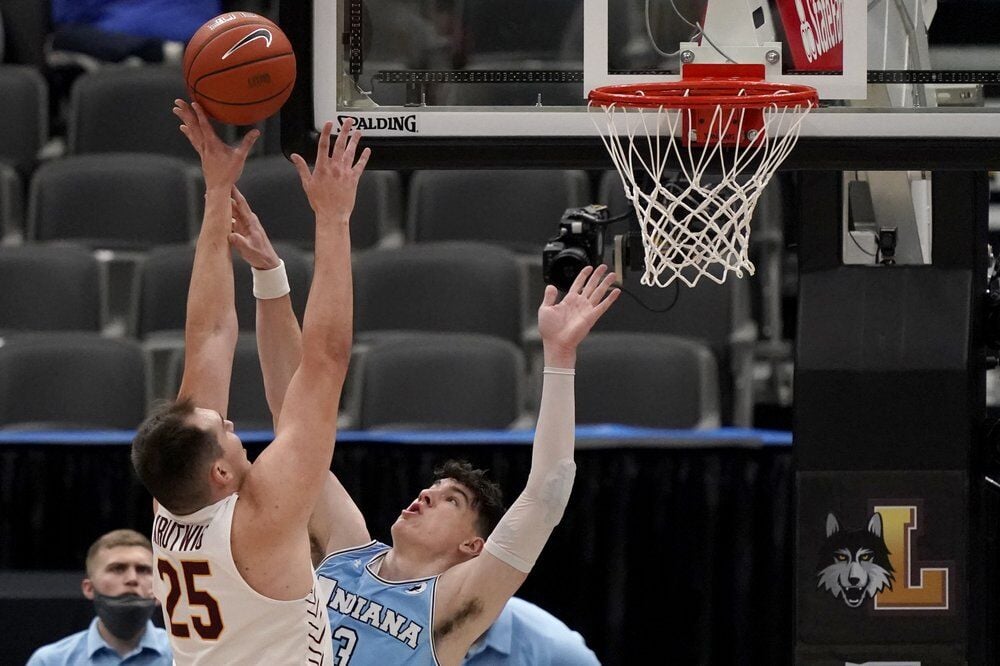 Loyola of Chicago's Cameron Krutwig (25) shoots over Indiana State's Jake LaRavia during the first half of an NCAA college basketball game in the semifinal round of the Missouri Valley Conference men's tournament Saturday, March 6, 2021, in St. Louis. (AP Photo/Jeff Roberson)

Loyola of Chicago's Cameron Krutwig (25) shoots over Indiana State's Jake LaRavia during the first half of an NCAA college basketball game in the semifinal round of the Missouri Valley Conference men's tournament Saturday, March 6, 2021, in St. Louis. (AP Photo/Jeff Roberson)

Dr. Bo’s bracket has entered the Witness Protection Program. But his college basketball tidbits have rarely been this tasty.

*It’s that time of year when I wake up with double-digit text messages on my phone. Two started with the same proposal:

What about Porter Moser of Loyola (Chicago) as the next Indiana basketball coach?

Confession: I often listen to Chicago sports talk radio. David Kaplan and Jonathan Hood proposed a connection between Moser and IU during the Monday morning show on ESPN 1000. A former coach called with the same idea Monday morning.

Moser is the flavor of the day for the way Loyola dominated top-seed Illinois — my pick to win the national title — in the Round of 32 of the NCAA men’s basketball tournament Sunday.

The Ramblers made the Final Four three years ago. Moser knows the Midwest. He comes from a branch of the Rick Majerus coaching tree. That’s a major plus. His salary is reportedly in the $1 million range, which means IU could easily triple that number.

But ... Indiana went with the best mid-major coaching candidate four years ago. That does not always work. Different kind of recruiting. Different kinds of PR and media responsibilities.

Moser has done wonderful work. Loyola is a formidable team in what used to be a sagging program. The Ramblers could certainly make a repeat Final Four appearance. But his record show stops at Arkansas Little Rock, Illinois State and Loyola over 17 head coaching seasons.

And two appearances in the NCAA Tournament.

“To me the most important quality Indiana needs is a coach who understands how to build relationships,” a coach that I trust told me over the weekend.

The search to replace Archie Miller should heat up this week.

*Talk about your NCAA Tournament reset.

Eight teams have qualified for the Sweet Sixteen with eight more in line to join them Monday.

One conference is not represented: the Big Ten, which put nine teams in the party, with four ranked among the top eight seeds.

Hard to believe. The Big Ten needs Michigan, Maryland and Iowa to safe it from stinging embarrassment.

Here is where the squads that have already made the Elite Eight began the season in the Associated Press Top 25:

The other five were unranked.

How about the computer polls?

Here are the preseason and current rankings on the Elite Eight teams at Ken Pomeroy:

*Two coaches on the right side of the bracket have won national titles: Jay Wright of Villanova — who has a pair — and Jim Boeheim of Syracuse, who scored with Carmelo Anthony in 2003.

The other four — Wayne Tinkle of Oregon State; Eric Musselman of Arkansas; Scott Drew of Baylor and Paul Mills of ORU — are trying to join the club.

Bill Self of Kansas is the only coach on the left side of the bracket who has won a national title. Chances are the club will grow.

*There has not been a player I have enjoyed watching in the NCAA Tournament more than Cameron Krutwig, who made Illinois look silly with 18 points, a dozen rebounds, five assists and four steals. He made play after play after play.

Where do I begin?

He’s not obsessed with percentage of body fat. Instead of spending his summer running in a sand pit or flipping truck tires, Krutwig played like he practices bounces passes, shooting technique and understanding angles.

In high school in suburban Chicago, Krutwig was listed at 6 feet 8 inches tall and 240 pounds. At Loyola, Krutwig is listed at 6 feet 9 inches, 255 pounds. Nobody will describe him as long and lean. Nobody mentioned his quick second jump.

Krutwig is just a player, a player who has moved to No. 3 (behind Luka Garza of Iowa and Drew Timme of Gonzaga) on Ken Pomeroy’s national player of the year standings.

At 247Sports, Krutwig’s senior year profile showed he was ranked the No. 348 prospect in his class, the No. 32 center and the 17th best player in Illinois.

His other offers were UAB and Vermont.

Thanks for reminding the world there are other ways to get this done, Cameron.