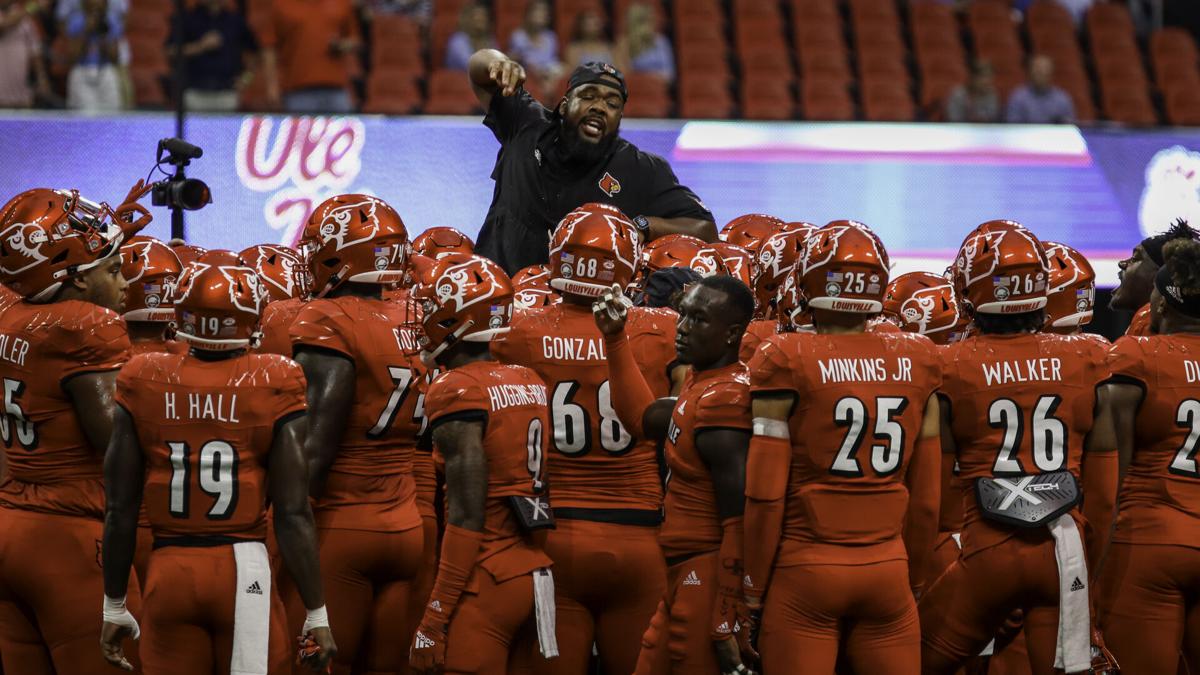 Louisville football players gather before their 2021 season-opener against Ole Miss. 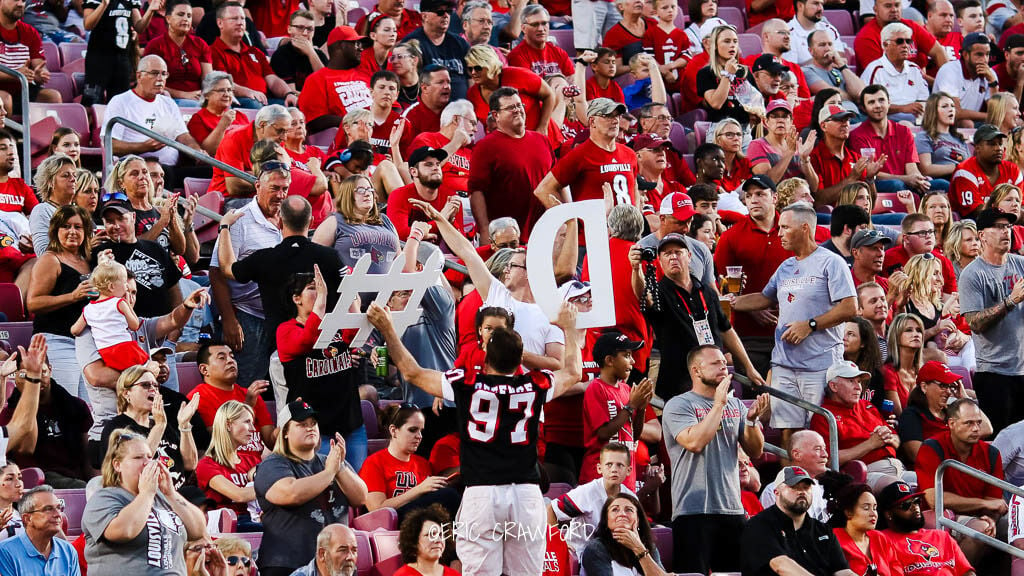 LOUISVILLE, Ky. (WDRB) -- It was a long Monday night for the University of Louisville football team, which suffered a 43-24 season-opening loss to Ole Miss in front of a national television audience.

But it's a short turnaround for the Cardinals, who will play host to Eastern Kentucky on Saturday in their home opener at Cardinal Stadium.

It's a get-well game for Louisville, or should be, and a game it must win impressively if it has any hope of keeping a grumbling fan base on board for bigger games in the coming weeks.

What you need to know about the matchup:

WHERE TO WATCH: ACC Network Extra, streaming only via ESPN Plus and the ESPN app. (Roy Philpott play-by-play, Forrest Conoly analyst).

THE LAST TIME: Louisville beat EKU 42-0 in 2019 in Cardinal Stadium in Scott Satterfield's first win as coach. The Cardinals own a 19-8-1 all-time series advantage dating back to 1927. The Cardinals are 12-4-1 all-time in Louisville versus EKU and have won four in a row at home in the series.

PLAYER TO WATCH (Louisville): Malik Cunningham drew a bit of criticism from his coach after a lackluster first half in the opener. His demeanor and ability to distribute the ball will be a key. Cunningham is the team's best runner, but Satterfield wants him to make quicker decisions in the passing game, and to do a better job at checking through his options when the first one isn't available.

PLAYER TO WATCH (EKU): Linebacker Matthew Jackson led the Colonels with 11 tackles, including 8 solo, in the win at Western Carolina. If EKU is to have a chance in this game, its defense will need to keep the Louisville offense in the doldrums. Jackson will have to be a big part of that effort. Jackson had a breakout season in 2020, earning Stats Perform FCS second team All-American honors. The redshirt junior from Nashville led EKU with 79 tackles, including 8 tackles for loss and 2.5 sacks.

SIDELINE STORYLINES: What will the crowd be like? After a season-opening loss that was not only deflating because of the result, but because of the manner of the result, the size and intensity of the crowd against an FCS opponent will be interesting. It's the first full-capacity game in Cardinal Stadium since the 2019 season finale. This should be a game that lets Louisville get itself on track as it heads into an important matchup against Central Florida this coming Friday night. It probably would've been better suited as the season opener for a team looking to rebound from a disappointed season. Now, Satterfield will look to couch it as a new start for his team, which needs to establish an offensive identity.

"The fact that it was a game that was going on at midnight on Monday, and you got to play five days later, it’s hard to spin it in a positive way, because our guys are still a little bit tired today. That’s a quick turnaround. But, they are anxious to get this taste out of their mouth, and get back out on the field, and prove that they are a good football team, and they can play."