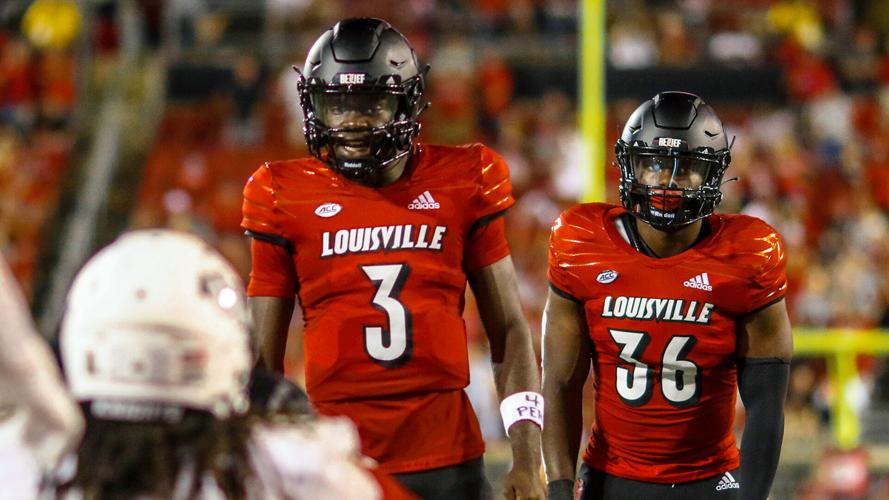 Louisville's Malik Cunningham ran for 92 yards and passed for 207 in a First Responder Bowl loss to Air Force. 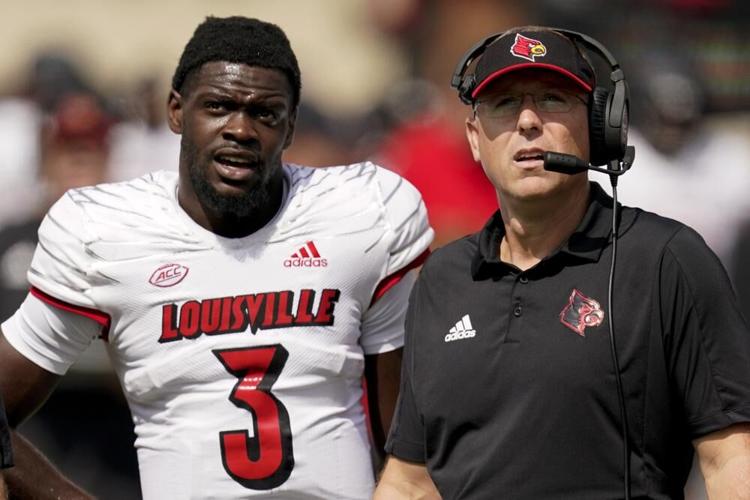 LOUISVILLE, Ky. (WDRB) -- Will seven victories be enough to still some of the restlessness percolating inside the University of Louisville football fan base, a base that remembers winning Sugar and Orange bowls?

Would seven wins create a happy place until the Cardinals' dynamic 2023 recruiting class, ranked 17th in the country by one service, arrives to raise the overall talent level next season?

We're about to find out. After posting seasons of 8-5, 4-7 and 6-7, Scott Satterfield carries an overall record of 18-19 into year four, which the Cardinals begin at 8 p.m. Saturday in Syracuse, New York.

The Cards will be the last ACC team to play a home game, with their six-game home slate delayed until Florida State visits Sept. 16. After that night, we should know plenty about the direction of this season.

The Questions: Is Malik Cunningham legitimately undervalued and overlooked because the ACC is loaded with five of the top 15 quarterbacks in college football? Isn't he the best pass/run threat in the league?

Is halfback Tiyon Evans, the transfer from Tennessee, a difference maker, the Cards' best back since ... Javian Hawkins, Bilal Powell or Michael Bush?

Can the Cards reverse the slippage that occurred on defense last season, when they allowed 401 yards per game, an increase of 32 yards per game from 2020?

The Answers: Cunningham should be sitting on a big year. He's played 46 games over four seasons, while accounting for 100 touchdowns, 32 rushing. With 1,034 yards, he was the top rushing quarterback in America last season, running for 205 more yards than Sam Howell of North Carolina, who was second.

With the return of linebacker Monty Montgomery and cornerback Kei'Trel Clark from injuries the defense returns two critical playmakers.

The Dependables: In addition to the players already mentioned, guard Caleb Chandler is a preseason all-American, while left tackle Trevor Reid has all-ACC ability. Tight end Marshon Ford has all-ACC skills while receiver Trevor Hudson has been a major talking point during fall camp.

Defensively the Cards will start seven guys in at least their third season as college players. The linebacking group of Yasir Abdullah, Montgomery, Momo Sanogo and Ben Perry could be the best group of linebackers since the Charlie Strong era.

The Rising Star: Defensive lineman Jermayne Lole arrived from Arizona State, where ProFootballFocus named him as one of the top-two interior defenders in college football before last season. Lole is listed on the second team on the Cards' depth chart for Syracuse because sophomore defensive tackle Dezmond Tell delivered a dominant performance in preseason camp.

The Tidbits: Not only do the Cards return 17 starters, there are 17 other players on the roster who have started games at some point in their careers. Louisville and Ole Miss are the only teams at the Power 5 level to average 200 yards rushing the last three seasons. Cunningham has accounted for at least one touchdown in 30 straight games, a streak that began against Virginia during the 2019 season.

The Schedule: The folks in Greensboro did not dispense many favors to Satterfields's team.

Although the Cards outscored Syracuse 71-3 in back-to-back easy victories in 2020 and 2021, it's the home opener for the Orange who feature Sean Tucker, the best back in the ACC. Louisville is only favored by four.

Then Louisville heads to Central Florida, which has won 30 of its last 32 home games. The Cards finally come home to play Florida State. The programs have split eight games since U of L joined the ACC in 2014.

After a home game with a hapless South Florida team, the Cards visit Boston College and Virginia. The Cards get defending ACC champion Pitt after an off week.

They'll need to get to bowl eligibility against Wake Forest and James Madison because their final three opponents are ranked at No. 4 Clemson, a home game with No. 13 North Carolina State and a trip to No. 20 Kentucky

The Predictions: The staff is split over seven or eight victories, leaving a consensus number of 7.4 wins and 4.6 defeats.