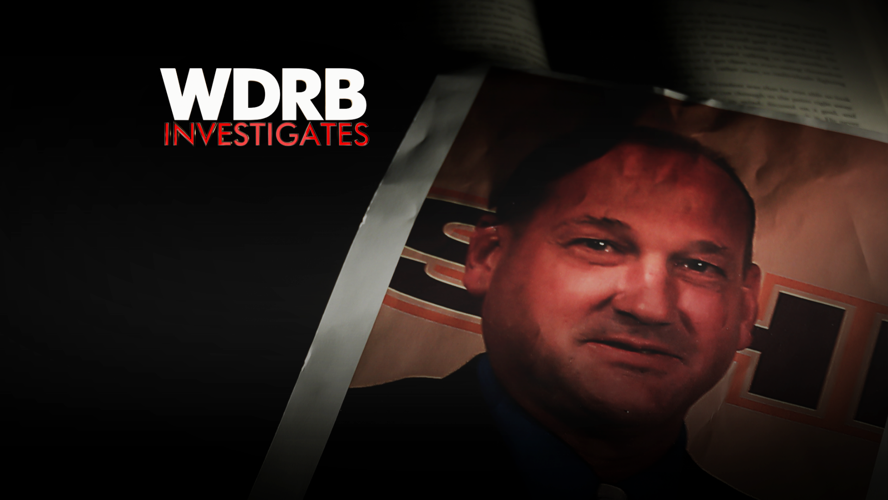 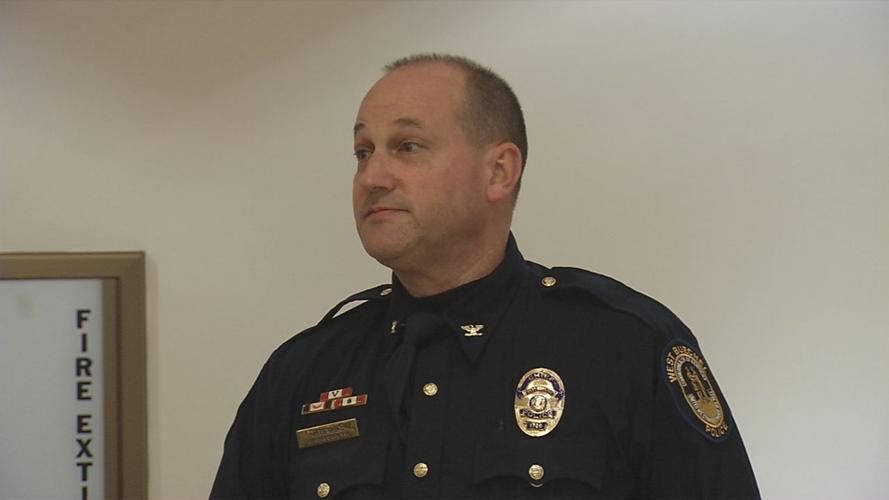 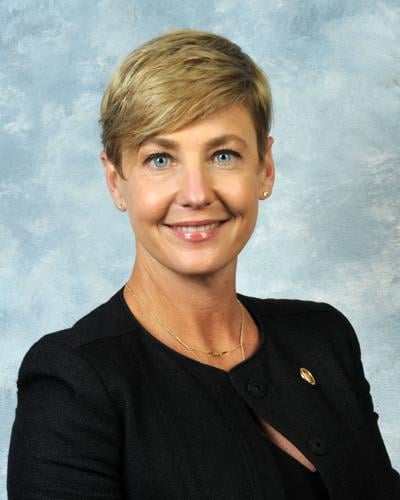 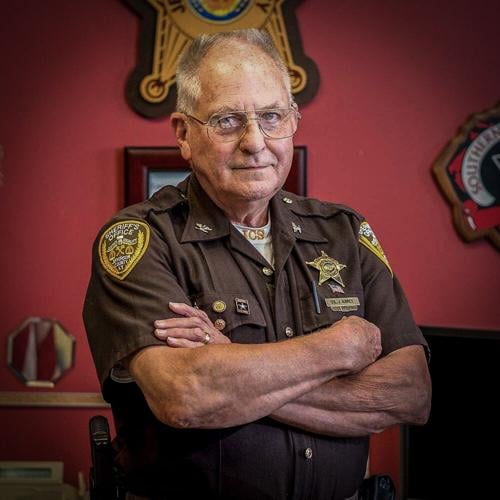 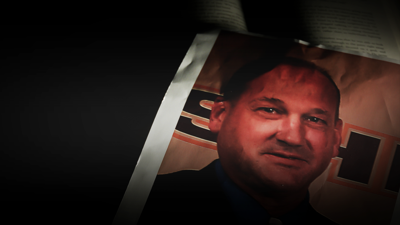 HB 206 is part of a series of bills passed by the legislature in recent years to force out officers who shamed the badge.

LOUISVILLE, Ky. (WDRB) -- A 1996 Crimes Against Children report claimed a Louisville police officer was engaged in a sexual relationship with a 15-year-old girl — about half his age — and was caught by detectives in a recorded phone conversation with her discussing their intimate encounters.

"Was I good in bed for a 15-year-old," the girl asked, according to a transcript of the phone call obtained by WDRB. "Heck Yeah," Officer Todd Walls responded.

Walls worked for the old Louisville Division of Police, the predecessor to the Louisville Metro Police Department prior to the city-county merger in 2003. He quit the force at the time of his May 1996 arrest and pleaded guilty to a sex crime a few months later, according to court records from the time.

Twenty-six years later, however, Walls continues to work in law enforcement as a deputy with the Jefferson County Sheriff's Office, the latest stop in a full policing career.

But should he? His case shows how a new Kentucky law meant to keep those with a history of sexual violence out of law enforcement may not meet that goal.

The General Assembly approved the bipartisan House Bill 206 this year with no legislators voting against it. Gov. Andy Beshear signed the measure into law in April.

"There was a loophole in our law, and that loophole allowed people to become police officers who had violent sexual criminal histories," said state Rep. Rachel Roberts, D-Newport, the bill's chief sponsor. "Sexual assaults are some of the hardest to prosecute and to investigate. And so oftentimes ... pretty heinous sexual assault crimes get pled down to or even just charged as misdemeanors. And a misdemeanor conviction doesn't preclude someone from becoming a police officer in the state."

Police charged Walls with first- and third-degree rape, sodomy and unlawful transaction with a minor, according to the original arrest citation.

But court records from the time show he got a plea deal, and the much more serious charges were all amended down to one single misdemeanor count of sexual misconduct. A 12-month prison sentence was suspended in favor of two years of probation and a $65 fine.

"There are certain crimes that we, as a society, have to say, 'No, this is too egregious. This is too violent. This is too bad of a crime,'" Roberts said. "Even if it's still a misdemeanor, it just shows such a poor lack of judgment. ... that it should keep you from wearing a badge in our state."

Roberts, a sexual assault survivor, sponsored House Bill 206 in an attempt to close the "loophole" that allowed officers like Walls to continue their law enforcement careers. The legislation requires the Kentucky Law Enforcement Council (KLEC) to decertify officers who have been convicted of misdemeanor sex crimes.

The bill passed on the last day of the legislative session and was championed by Beshear at a bill signing ceremony in June as "long overdue." An officer cannot work for a Kentucky law enforcement agency without KLEC certification, so pulling their license essentially ends their career.

But in the instance of Walls, it may not work.

Attorney Thomas Clay, who represents Walls, said the officer's record was expunged in 2015 and wiped from the court's history with a judge's order. That can't happen anymore. Sex crimes of any kind or those involving children are no longer eligible for expungement in Kentucky.

KLEC instructed police chiefs and sheriffs throughout the state to notify the agency if they're aware of an officer currently or previously employed with a Kentucky law enforcement agency who has been convicted of a misdemeanor sex crime. However, there is no carve-out or clarity in the new legislation for cases that are already expunged.

"That brings to light a very big question," said Lt. Col. Carl Yates with the Jefferson County Sheriff's Office. "Does the Kentucky Clean Slate Law, which expungement falls under, outweigh the new HB 206 or vice versa?"

Expungement is the legal process where an arrest, charge or conviction are completely removed from someone's criminal record but it does not erase what happened or require anyone who ever had a copy of the records to delete them.

WDRB legally obtained a copy of the CACU file on Walls from a source and authenticated it with one of the original investigators on the case.

The transcript of the phone call recorded by the Louisville police Crimes Against Children unit leaves no question about the extent of the sexual encounters between Walls and the teenage girl. They talked on the phone about their sex life, including locations where they'd been intimate and the types of foreplay they enjoyed the most.

"What was your favorite time that you were with me, which time was just the best," the girl asked, according to a transcript obtained by WDRB. "I like all the times over at your house."

"For some reason it did seem to be real good," Walls responded.

She was 15 at the time of their encounters, and Walls was 28 at the time of his arrest. The charging citation says they had sex several times over the course of about nine-months.

WDRB News located the now-adult woman as part of efforts to authenticate the Crimes Against Children police file. She has never spoken publicly about the sexual encounters with Walls. WDRB is not identifying the woman, as she is a survivor of a sex crime.

"I feel like my silence has allowed (Walls) to feel entitled to keep a position in law enforcement," she said in a recent interview with WDRB. "I want to make the record very clear: He raped me. He took advantage of me. He committed a crime against a child."

The narrative of the 1996 citation said the first time they had sex, the victim passed out after drinking with Walls and woke up to find him having sexual intercourse with her. In the recent interview, she said Walls befriended her when he took her into custody and that their intimate relationship was not forced. But she was a troubled teen and not old enough to consent.

According to the CACU report, as a teenager, she told investigators, "He just used me."

At the time of the original case the victim told investigators she loved Walls and did not want him to get in trouble which may have contributed to plea deal on a single misdemeanor. She now believes the justice system failed her.

"I just don't think that they cared enough about me to make sure this guy never served," the woman said. "I was a child in a very grown-up situation, and you grow up very quickly. I wasn't allowed to have a childhood because I was involved with an adult. And it's wrong."

Yates previously touted the thoroughness of the sheriff's office's background check on Walls. He said, with the criminal record expunged, that Sheriff John Aubrey wanted to give him a second chance. But Yates admitted background investigators did not obtain the CACU report or attempt to track down former LPD or CACU investigators who would have knowledge of the case.

After learning WDRB had a copy of the investigative file, the sheriff's office suspended Walls.

Roberts was familiar with the Walls case but said she did not write the bill specifically for one officer. She was unsure how many others it could impact.

HB 206 is part of a series of bills passed by the legislature in recent years to force out officers who shamed the badge.

New measures also require departments to report those who quit while under investigation. This move previously stopped internal investigations, leaving no blemish on a troubled officer's employment record and an easy pathway to be hired somewhere else in law enforcement. The legislature also bolstered the power of the Kentucky law enforcement council to more easily revoke the certifications of officers who broke the law.

"I'm all for it, 100%," the now adult woman who had sex with Walls as a teen said. "They need to get rid of the people who are bad, taking advantage of the more vulnerable people.

In a statement to WDRB News, a spokesperson for Kentucky's Justice and Public Safety Cabinet said KLEC can decertify officers under HB 206 even if their criminal record is expunged.

After quitting Louisville police, employment records show Walls went on to work for police departments in Taylorsville and West Buechel, Kentucky, and was terminated in both cities. In 2019, court records say Walls was the subject of a pension investigation, and the state voided his retirement to which Walls appealed. Kentucky retirement systems would not reveal the outcome of the case.

The Jefferson County Sheriff's Office then hired him on a year-to-year contract in September 2020.

"Whether his contract is renewed is in jeopardy," Yates said. "The sheriff will decide if it's going to be renewed or not, but it's certainly in jeopardy right now. And it's all a result of what (WDRB) bought the light, and we're appreciative of that, because now, maybe law enforcement in Kentucky can get a more definitive answer (on House Bill 206)."

Todd Walls was charged with rape in 1996. He's still a deputy sheriff in Jefferson County.